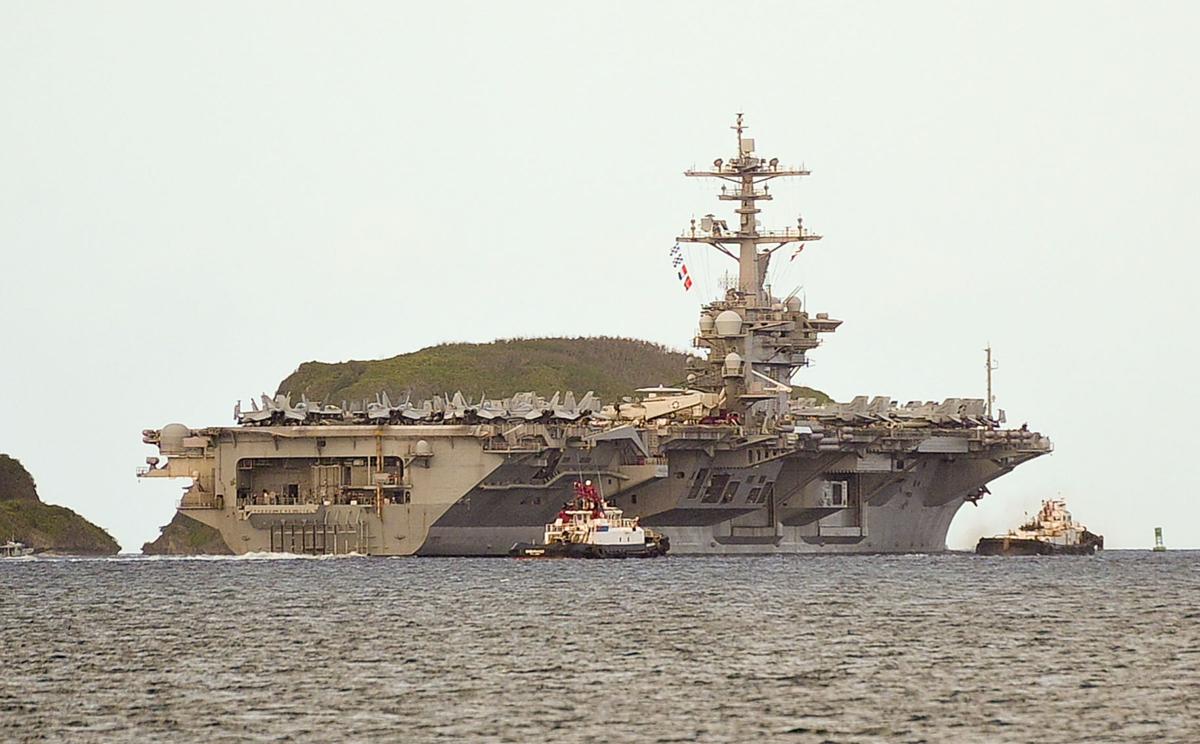 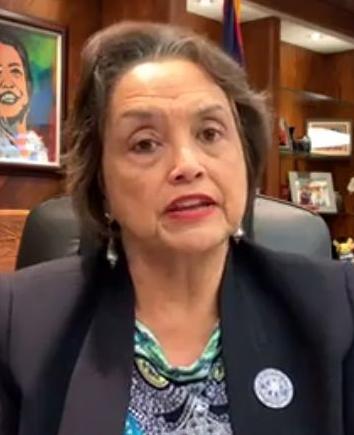 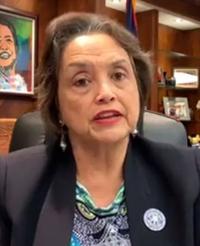 Gov. Lou Leon Guerrero said on Thursday her administration received a commitment that the military would hand over excess land after Guam agreed to host thousands of sailors from the COVID-19-stricken aircraft carrier USS Theodore Roosevelt in late March.

More than 1,100 of the aircraft carrier’s nearly 5,000 Navy sailors were infected with COVID-19. The ship sought refuge on Guam for nearly two months, and while here, lost one of its sailors, Navy Chief Petty Officer Charles Robert Thacker Jr., to COVID-19.

The governor said as a result of her administration’s permission allowing the Navy sailors who weren’t stricken with COVID-19 to quarantine in Guam’s hotels, she was able to get a commitment that the military would return excess land to the government of Guam. That land will be the site of a new Guam Memorial Hospital, she said.

“The best decision I ever made is allowing the USS Theodore Roosevelt to go to our hotels,” Leon Guerrero said to island Rotarians who gathered virtually to hear her speak. “They think we’re just the bomb. Really. The secretary of defense – I don’t know how many letters he wrote me thanking me. The secretary of the Navy, he’s going to give us excess land because of that. So we’re milking that. We’re milking that very hard.”

The government of Guam was also able to get medical equipment from the federal government as a result of Guam’s role in hosting the aircraft carrier’s sailors, she said.

“There was a directive made, a mandate at (the Federal Emergency Management Agency) and Indo-Pacom … ‘Whatever Guam needs make sure they get it,’” added Leon Guerrero. She was referring to the military’s Indo-Pacific Command which is headquartered in Hawaii.

She said the hospital is adequately stocked with personal protective equipment and the island has more than 79 ventilators because of the directive.

“It just shows what a really good working relationship we have,” said Leon Guerrero. “Now I’m in the process of getting Navy excess land to build our hospital. That’s looking really good.”

The governor noted that any renovations to GMH will not be sufficient to get the facility to the level it needs to be to provide the best standard of care.

In the meeting with Rotarians, the governor opened up about how she felt when she contracted COVID-19 a few months ago. Lt. Gov. Joshua Tenorio also had COVID-19.

She also talked about the lack of safety precautions by some of Guam’s residents.

“I tell you when I got it, I was scared as s*** just to put it mildly because I didn’t know what this virus was going to do the next day,” the governor said. “There was a period of about six to 10 days where I was already saying if I die, my kids are fine. My family is fine. That’s how serious this virus is.”

She said the island was given prednisone and remdesivir to provide to COVID-19 patients for treatment. She said the government also received 50 vials of antibiotics, the same that were given to President Donald Trump when he was fighting the virus.

The governor also dispelled expectations that vaccines will arrive this month.

“I did not say it’s coming this week and I never said I’m mandating everybody to take it,” the governor said. I also want to let you guys know that there are a lot of rumors out there and media misinformation out there.”

The Guam Daily Post recently reported that the Food and Drug Administration has not approved COVID-19 vaccines for the masses and that only emergency use was authorized.

“It’s rumors that are out there that are unsubstantiated that is not true that is really causing a lot of anxiety, uncertainty, and a lot of fear among our people,” the governor said.

She said vaccines may be available within the first quarter of next year.

Among those who will get priority for the early release of the vaccines are the elderly, people with vulnerable immune systems and health care workers.

Governor: No stricter lockdown; too late to ease rules for Thanksgiving

Guam is in the “third wave” of COVID-19 infections, Gov. Lou Leon Guerrero said in a speech at the combined meeting of Rotary Club chapters on…