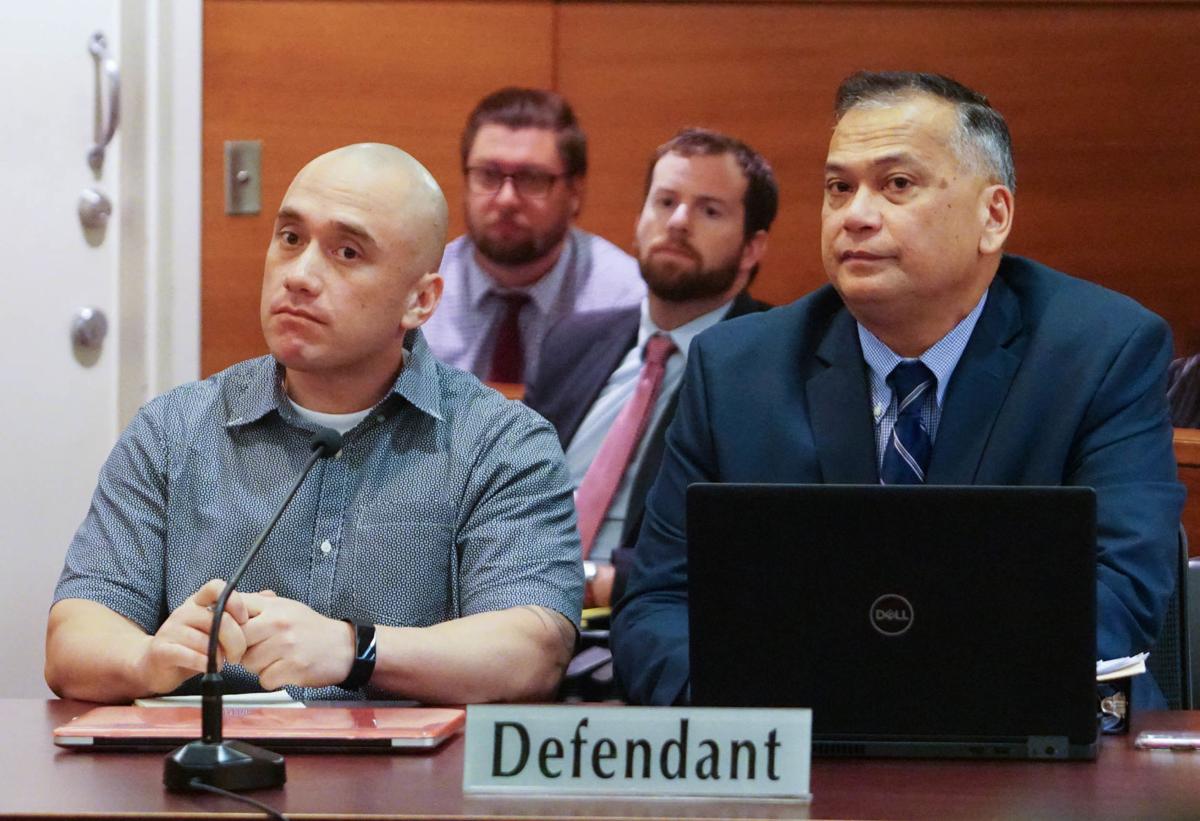 Mark Torre Jr., left, and his attorney Jay Arriola, listen to Chief Prosecutor Basil O'Mallan III on Thursday, Jan. 09, 2020 in Hagåtña, as the defense and prosecution continue to work out details before the second trial of Torre begins. David Castro/The Guam Daily Post 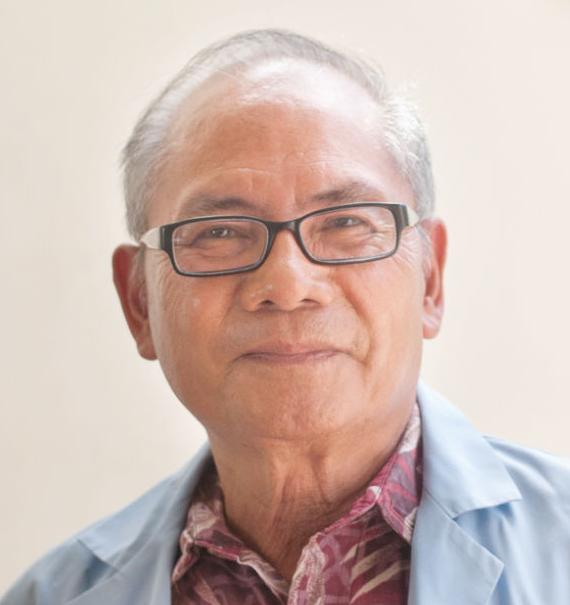 On Tuesday, Superior Judge Michael Bordallo heard arguments on defense attorney Jay Arriola’s Dec. 31, 2019 motion to exclude the prior testimony of Dr. Aurelio Espinola, the former chief medical examiner for Guam. Espinosa conducted the autopsy and issued the cause of the death for the victim, fellow officer Elbert Piolo.

Espinola determined the cause of death was a homicide and testified in Torre’s first trial.

Torre was found guilty of negligent homicide, appealed the decision and the conviction was ultimately nullified. Torre and Piolo were fellow police officers at the time of Piolo’s death in 2015. They had been out drinking together the night Piolo was killed. Torre was charged in Piolo’s death, which he claims was a suicide.

Cause of death has changed

“Since his testimony in 2017 there have been a number of published reports regarding Dr. Espinola changing his opinion on the cause of death,” the defense said during the hearing, adding he could secure information on at least three occasions where Espinola had changed his determination on a cause of death.

Arriola told the judge that, according to the latest affidavit by the government’s investigator, Espinola’s daughter says the former medical examiner is in poor health, can barely walk and has difficulty speaking.

“Our position is that Dr. Espinola is available either by video or in person,” he told the judge.

Arriola said the government investigator indicated that Espinola, whom he called “the most important witness,” could come to Guam to testify in the current trial if the government provided transportation for him and his daughter.

'Heart of the matter'

Torre’s defense attorney stressed that the cause of death is at the “heart of the matter.”

“The requirement that he is not available has not been satisfied,” the attorney said. “If (the prosecution doesn’t) bring him in, they should exclude his prior testimony.”

Chief Prosecutor Basil O’Mallen told the judge that Espinola “has not responded to any efforts to call him.”

“He is simply not available for us,” O’Mallen said.

The prosecution also countered that Arriola had an opportunity to cross-examine Espinola during the first trial.

“There is no indication (Espinola’s) opinion on this matter from the first trial has changed,” O’Mallen said.

Judge Bordallo told the parties he will take the matter under advisement.