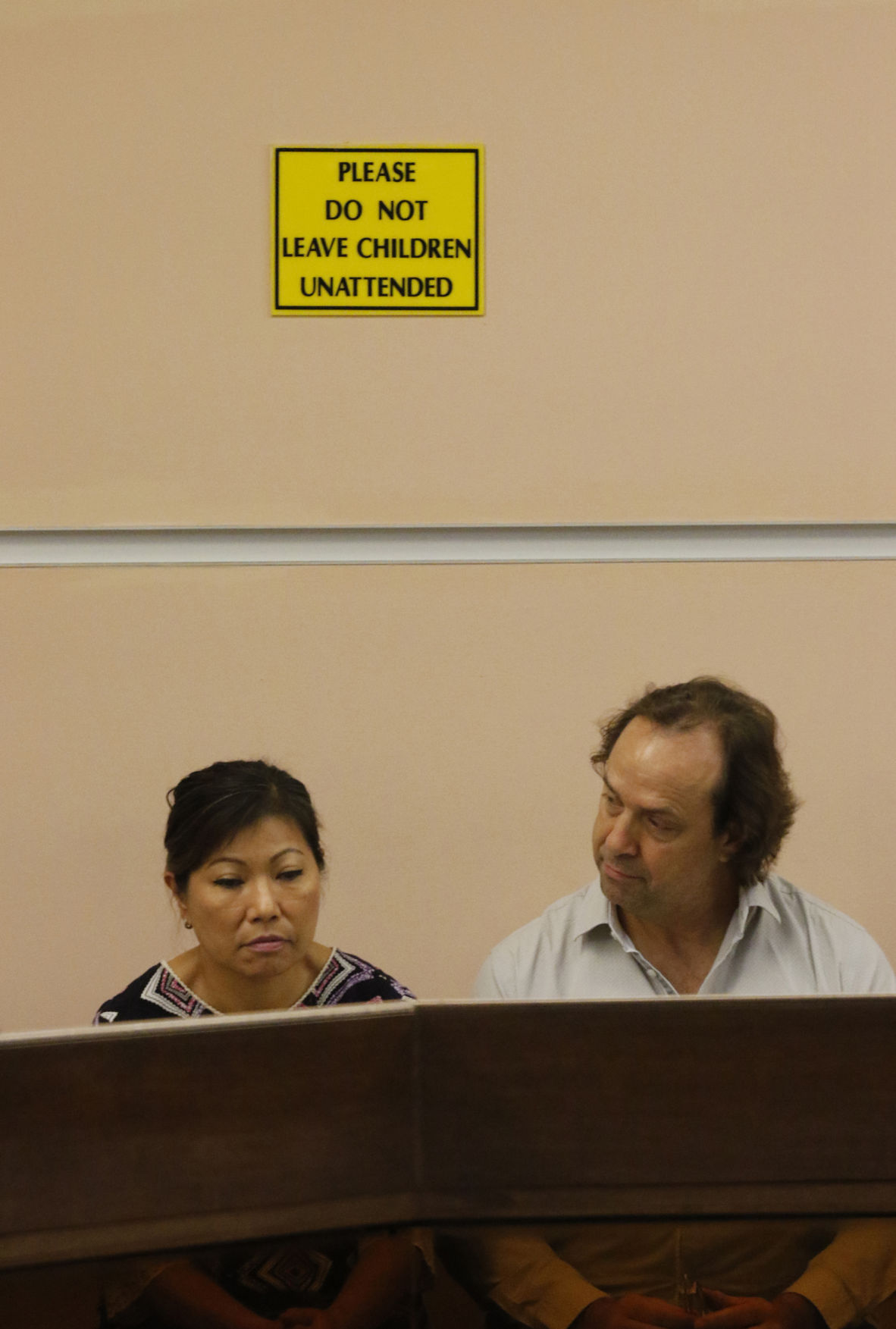 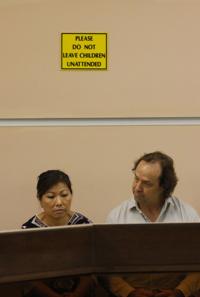 University of Guam professor Michael Ehlert waits with a companion before entering a Superior Court of Guam courtroom for a motion hearing in Hagåtña, Tuesday, Feb. 16. Ehlert is accused of criminal sexual conduct and official misconduct involving students. Matt Weiss/Post 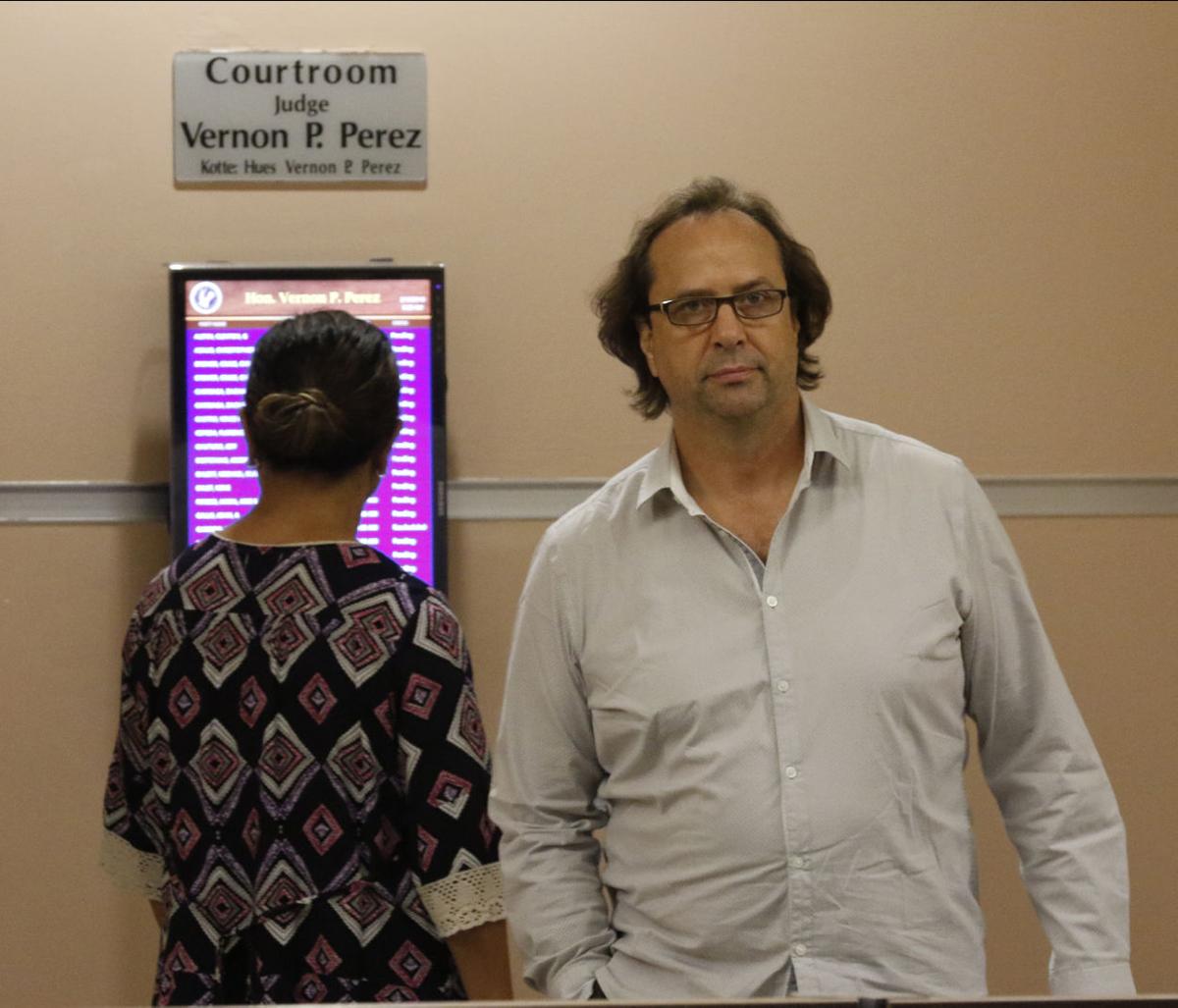 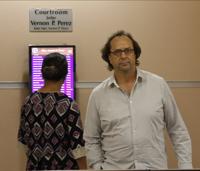 University of Guam professor Michael Ehlert waits with a companion before entering a Superior Court of Guam courtroom for a motion hearing in Hagåtña, Tuesday, Feb. 16. Ehlert is accused of criminal sexual conduct and official misconduct involving students. Matt Weiss/Post

Michael Ehlert, the University of Guam associate professor accused of criminal sexual conduct and official misconduct, was in court yesterday before Judge Vernon P. Perez for a motion hearing.

The judge ordered the parties to return on March 22, after the defense has had time to review discovery from the government.

Ehlert’s defense counsel said the professor planned to attend a conference in May but Perez said he would not have to rule on it and the probation office could approve it as long as it is work-related.

Ehlert pleaded not guilty to charges of criminal sexual conduct and official misconduct in the Superior Court of Guam on Jan. 27 before Judge Alberto Tolentino. He is accused of using his authority as a professor of the university to engage in unwanted sexual contact with two female UOG students in late October 2014, court documents state.

Ehlert is 54 years old. The students were 23 and 19 at the time of the alleged incident.

While he is not being confined, Dana Gutierrez, the director of policy planning and community relations at the Judiciary of Guam, said Ehlert is not allowed contact with the alleged victims or any witnesses.

In August 2015, UOG President Robert Underwood confirmed that Ehlert had been suspended for three months without pay in February 2015 following an internal investigation at the university. At the time, Underwood said a police report had been filed by one of the alleged victims in November 2014 but the university was unaware if criminal charges were ever filed against Ehlert.

Ehlert is accused of engaging in unwanted sexual contact with the two students. He is accused of using force or coercion to make the contact. He is also accused of committing the act by using his status as a professor at UOG.

The case has sparked an outcry from Gov. Eddie Calvo, who has criticized the university and its president for supposedly mistreating the alleged victims, which Underwood has since denied. Calvo has even written to Speaker Judi Won Pat asking that an oversight hearing be held on UOG and how it handled its internal investigation of Ehlert.

Won Pat responded by saying that Vice Speaker Benjamin Cruz has been meeting with university officials and is developing legislation to combat sexual harassment at universities, and that the effort has her support.

“In light of the events, and with all the branches of government involved, this type of legislation necessarily demands thoughtful discussion and deliberation,” Won Pat said. “As the oversight chair to the Committee on Higher Learning, Culture, Public Libraries and Women's Affairs, I plan to meet with my colleagues, the university president, and other committee members to determine what is needed and warrants further action.”