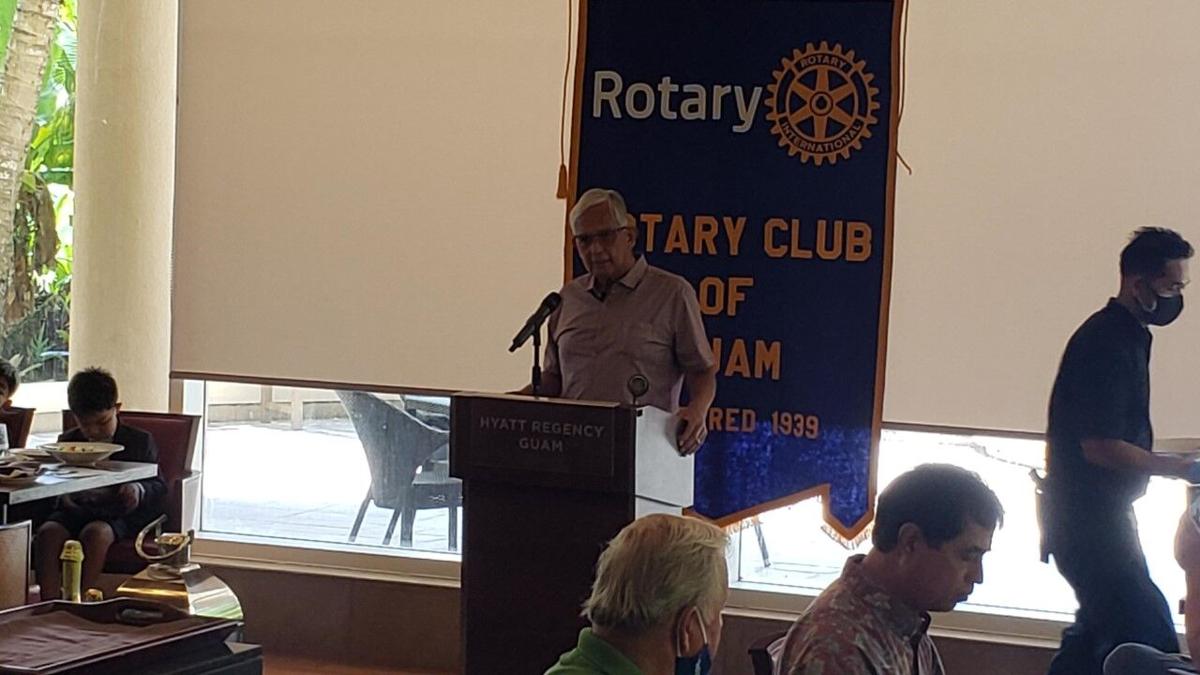 ROTARY SPEECH: Robert Underwood, who is running for Guam delegate to the U.S. House or Representatives, spoke during a Rotary Club of Guam meeting on Thursday, July 30, at the Hyatt Regency Guam. Lannie Walker/The Guam Daily Post

Robert Underwood, former Guam delegate to the U.S. House of Representatives and current candidate for the position, released his economic platform Thursday.

• re-engaging Guam's representation with the Department of Defense, in part to ensure the military hires local workers and local contractors and engineering firms, and that local taxes are paid for work that is done locally;

• pursuing a new immigration district for Guam and the Northern Mariana Islands for better management of workers and migrants, but more importantly to facilitate the visitor industry; and

• focusing on Guam residents' own intellectual skills and entrepreneurial spirit.

He added, "The knowledge economy is defined as an economy in which growth is dependent upon the quantity, quality and accessibility of information rather than the means of production ... knowledge itself is the producer of an economy. Young entrepreneurs know this and many are adapting very well."

Underwood spoke about his economic plans at the Rotary Club of Guam meeting on Thursday at the Hyatt Regency Guam.

"I have been told I'm too old to run for Congress and I look around this room and I figure no, I'm about the right age," said the 72-year-old, jokingly, to the Rotarians and their guests.

'Crisis of the century'

Underwood, who was president of UOG from 2008 to 2018, also touched on the hardships many are facing on the island.

"All of you are decision-makers, are business leaders, and those tools have been basically taken out of your hands by this pandemic. That's a serious issue because now you are making gut-wrenching decisions about investments and employment and hours, and you are looking at a young breadwinner and saying, 'Maybe we don't have the hours for you,'" Underwood said.

The candidate gave kudos to CNMI Del. Gregorio Sablan for helping to secure nearly $1 billion in federal funds for Guam and the CNMI during the pandemic.

"At present, we are being rescued by the federal government and that CARES package," Underwood said. "And I have to say that the leading delegate in pushing that CARES package and modifying it for the territories was Del. 'Kilili' Sablan from the Northern Marianas, who led the fight, who wrote the letters, who made amendments, who worked as hard as he could to modify that."

It has been said that “our last mistake is our best teacher.” Read more