SURRENDER: In this file photo, Department of Corrections officers walk Johnnie Del Rosario and Johnny Borja Atalig to a DOC van after they surrendered. The two men are expected to go to trial in December. Contributed photo 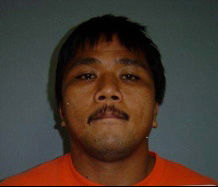 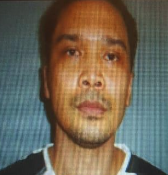 The two inmates who escaped from the Department of Corrections halfway house in Mangilao Wednesday night are back in the prison compound.

The Guam Daily Post has confirmed inmates Johnnie Gene Del Rosario, 44, and Johnny Atalig, 44, were taken back into custody this morning.

The escape occurred shortly after a legislative oversight hearing on erroneous prisoner releases which DOC leadership attributed, in part, to human error.

The incident forced the prison to go on lockdown, as DOC and GPD issued a callout to the community to help locate the pair.

The Post also has confirmed about 20 inmates are currently being held in Post 9 – a halfway house – at DOC and one corrections officer was assigned to the unit at the time of the escape.

Information on the escape was circulated on Neighborhood Watch groups.

There are ways to get things done in this government without limiting the people’s knowledge of their government’s actions. Read more