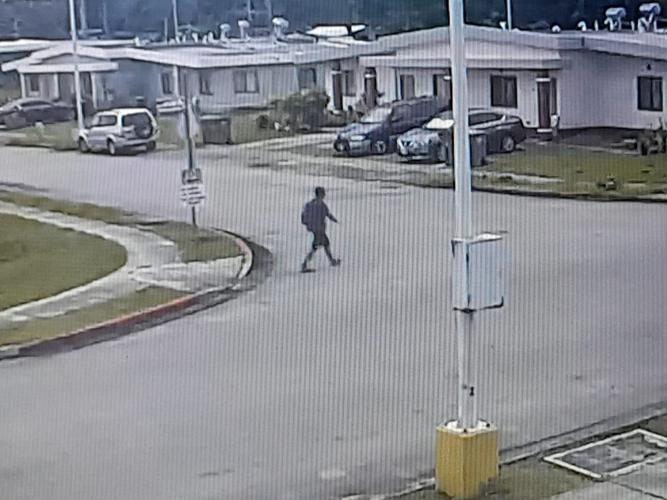 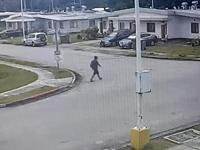 SURVEILLANCE: Footage from Summer Town Estates in Dededo shows the moment Kelvin Sanchez was last seen walking off the property around 11:30 a.m. July 30. He has been missing since then. Contributed image 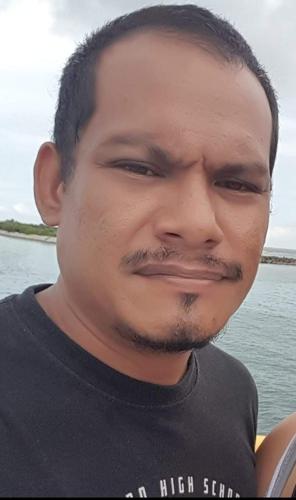 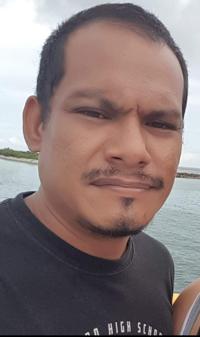 Video surveillance at the Summer Town Estates in Dededo captured the moment Kelvin Sanchez was seen walking off the property last Saturday.

The footage, shared by his wife Edilene Sanchez, was time stamped July 30 just after 11:30 a.m.

She previously told The Guam Daily Post that she initially thought it was around 1:30 p.m. when she took a nap and awoke a few hours later that afternoon to find her husband was gone.

She said she was in a deep sleep and that she must have gotten the times mixed up.

Edilene was able to get the property management to grant her time to review the video on Thursday. She said the images appear to have shown Kelvin exit from the front gate and walk left toward the four-way intersection that connects to Lada Mart.

A missing persons report was filed with the Guam Police Department.

She along with family members have been actively searching for Kelvin.

On Tuesday, she got a call that her husband might have been spotted at the Guam Premier Outlets in Tamuning, but he has yet to be located.

The father of two has been battling depression for several years, and uses walking as his outlet, according to Edilene.

Kelvin Quinata Sanchez, 40, is described as standing 5 feet, 4 inches tall and weighing 145-150 pounds. He has brown hair and brown eyes, and has tattoos of a cross on his knuckle and his daughter’s name on his forearm.

How concerned are you with the presence of forever chemicals like PFAS in Guam’s drinking water wells?

Family histories; visits to the past

At our family reunion in the Adirondack Mountains in upstate New York last month, one of my brothers brought a folder of papers that turned in… Read more