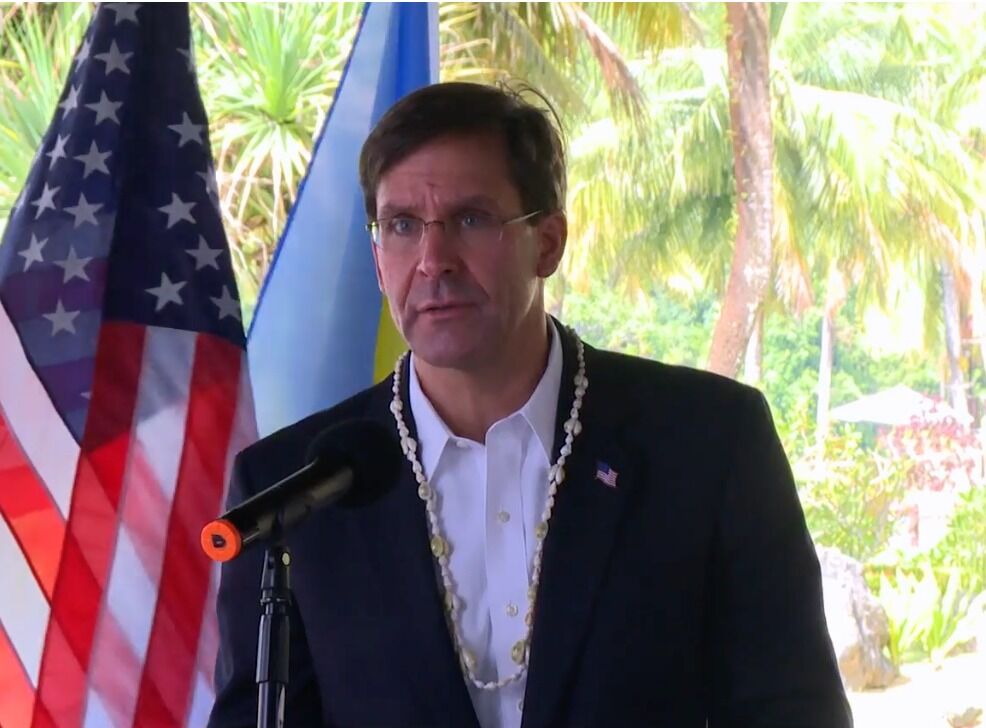 CABINET-LEVEL DISCUSSION: U.S. Secretary of Defense Mark Esper delivers comments in Palau on Aug. 28. He is expected in Guam today, where he will meet with Japanese Defense Minister Taro Kono as well as Gov. Lou Leon Guerrero. Video screen grab, courtesy Office of the President of the Republic of Palau 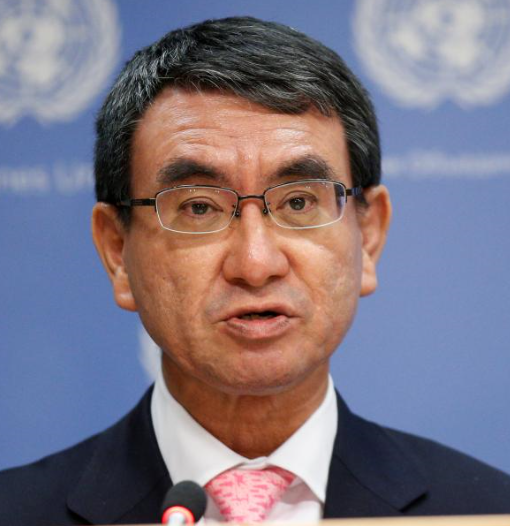 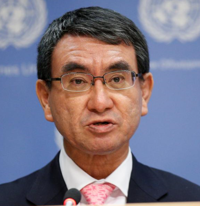 The meeting, which has been called historic, comes as Japanese Prime Minister Shinzo Abe, the country’s longest-serving leader, announces his resignation.

In a news conference in Tokyo, Abe told reporters that he has been "struggling" with his health, which began to deteriorate in mid-July, and that he was ready to end his leadership of the world's third-largest economy — as soon as his party chooses a successor, The Washington Post reported.

Kono has fared high in polls as a candidate for Japan's next prime minister.

The meeting between Esper and Kono is not the first, but it is the first for Guam, as the westernmost American territory, further establishing Guam’s role as a gateway between Asia and the United States.

Esper visited Hawaii and Palau before coming to Guam.

In Hawaii, Esper stated that the international, rules-based system that has brought security and stability to much of the globe is under duress, according to the Department of Defense press release.

Esper said China is threatening the basis for prosperity in the Indo-Pacific region, and like-minded nations must band together.

In Palau, Esper noted the long history and relationship between Palau and the United States.

Since World War II, Palau and the United States “have stood side-by-side, in defense of its shared values and vision and that is one namely of an open and free Indo-Pacific where all countries respect the rules and norms that deliver peace and prosperity to all nations.”

“This is especially important today as we continue to work alongside our allies to protect that international system that is under threat from China and its ongoing destabilizing activities in the region,” Esper said.