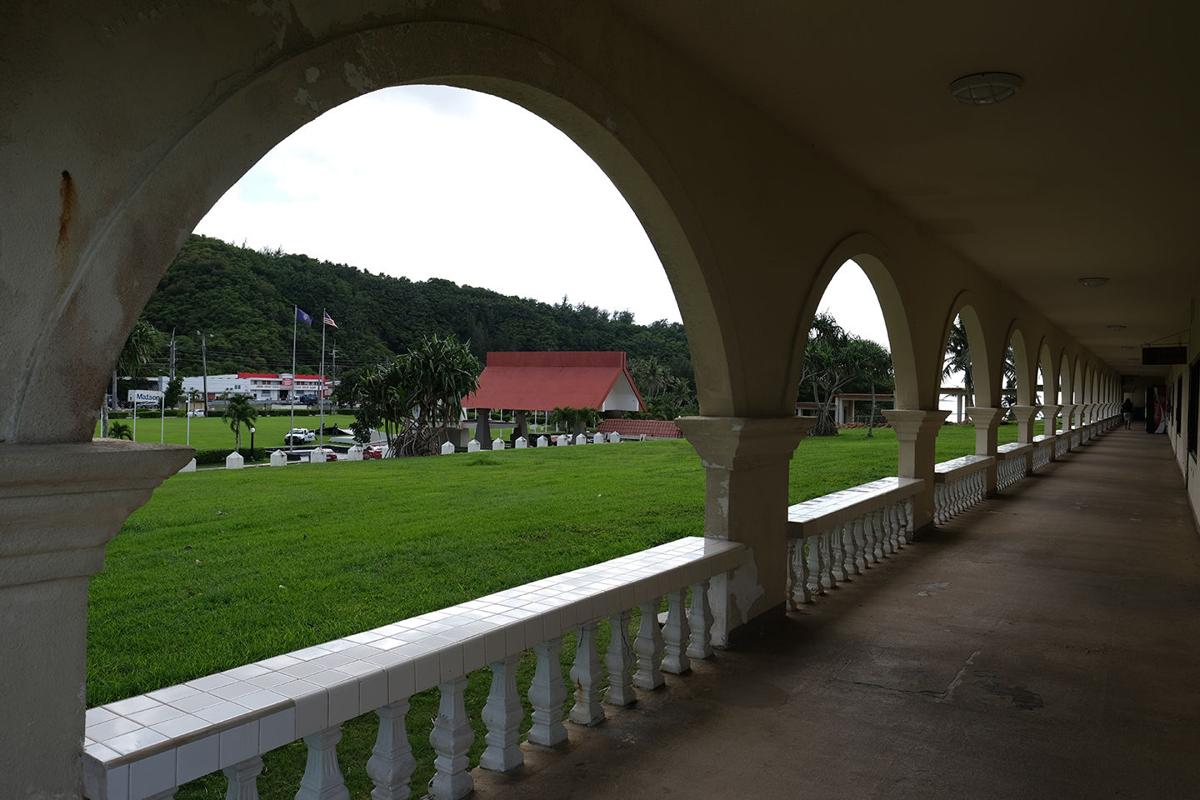 ADELUP: The governor's office complex in Adelup is photographed on Sept. 26. The governor's office has received word the government of Guam has been granted an extended deadline to petition to file an appeal in the U.S. Supreme Court on the plebiscite issue. Norman Taruc/The Guam Daily Post

The government of Guam request for an extension to petition to file an appeal has been granted by U.S. Supreme Court Associate Justice Elena Kagan.

Attorney Mike Phillips confirmed that Guam has until Dec. 26 to appeal the federal appeals court's ruling that struck down the plebiscite law. Guam's plebiscite law restricts voting to native inhabitants of the island, which two federal courts have said is unconstitutional.

Earlier this week, the Supreme Court denied the emailed request. Adelup sent out a statement saying the decision wasn’t unexpected but that “pursuing other alternatives to preserve our voice in Guam's self-determination effort required that all appellate options were exhausted."

Carlo Branch, policy director for Gov. Lou Leon Guerrero and Lt. Gov. Joshua Tenorio, said the governor and Phillips are discussing strategy, timeline and processes for the intent to appeal. Additionally, the question of hiring additional attorneys will likely be discussed.

Phillips has said that while he is able to take the lead on the case, arguing before the justices is a specialty and would require an attorney who has the knowledge and experience to represent Guam in court. He has said he has already started to gather names of attorneys he could approach.

When asked about the budget that will fund the appeal, Branch said, “The governor’s direction is that we will pay for it with funds set aside for it by the Commission on Decolonization.”

Option to ask for more funding

“If the cost of that filing should somehow exceed the amount of money we have available, then there is the option of going to the Legislature for additional resources,” Branch stated. “But at this point, the governor is of the impression that we can handle it.”

There have been critics who said the government shouldn’t use taxpayer dollars on a vote that would exclude a portion of taxpayers.

Branch said the governor’s response has been clear “in that this has been the sitting law of the land for near decades.”

Adelup’s statement earlier this week said the administration would pursue draft legislation, “which will attempt to meet the narrow holding of the 9th Circuit Court … in an effort to continue the momentum that the Commission on Decolonization has generated for the past year. This important work will continue until Guam’s native inhabitants have cast their votes for self-determination."

Branch said legislation is being put on hold for now as that alternative was based on the assumption GovGuam wouldn’t get the opportunity to argue its case before the Supreme Court justices.

“We need to exhaust that option and hopefully it is exhausted in our favor,” he stated.

Phillips had filed the request for an extension to file an appeal on the date that the appeal was due. The window to request an extension closed 10 days prior. Phillips was hired a few days after that 10-day window closed.

In the request for an extension, Phillips wrote: “The governor of Guam received opinions from her constituency and individuals who have worked on political status and self-determination issues, and after a complete review and consideration of all points of view, the Governor decided it was in the best interest of the people of Guam to file an appeal. Unfortunately, the attorneys representing Guam were not able at that time to continue the representation as directed by the governor.”

The 9th Circuit applied the Rice v. Cayetano case, which was decided in the U.S. Supreme Court in 2000, and a case against the Commonwealth of the Northern Mariana Islands Election Commission, which was decided by the 9th Circuit in 2016. The rulings invalidated laws in Hawaii and the Northern Marianas limiting voting in certain elections to descendants of particular indigenous groups because those provisions employed ancestry as a proxy for race – in violation of the 15th Amendment, the 9th Circuit states. The 9th Circuit ruled that "Guam’s 2000 Plebiscite Law suffered from the same constitutional flaw."

My issues with science

If you read my columns regularly, you know that I have this thing with science. Read more