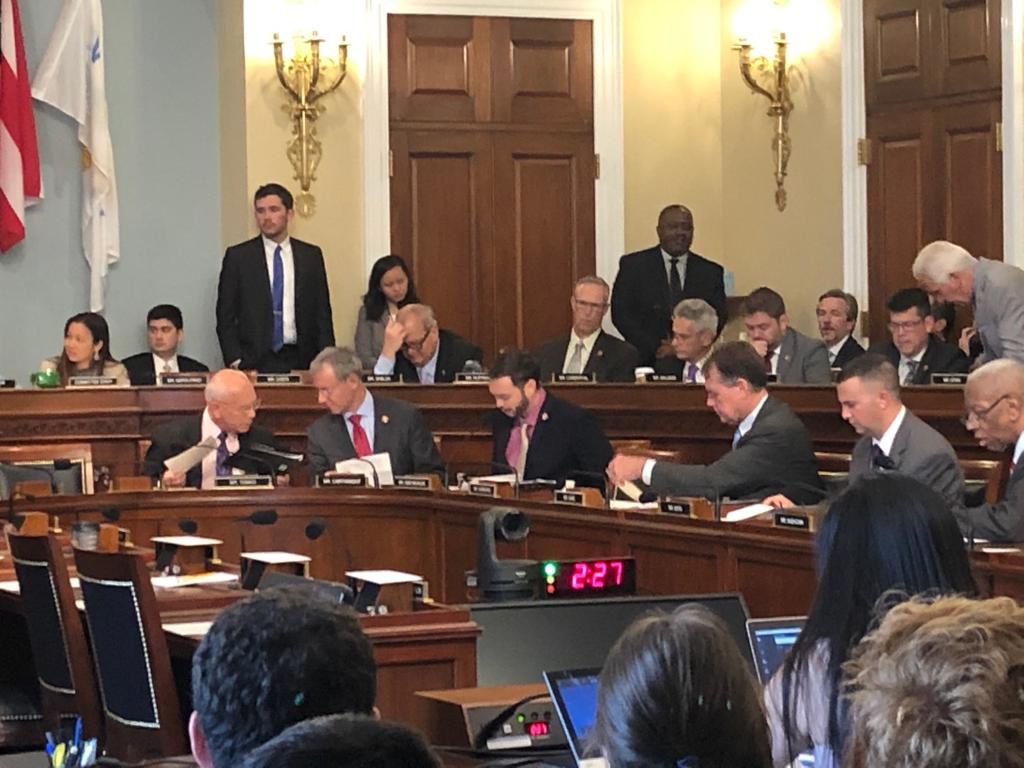 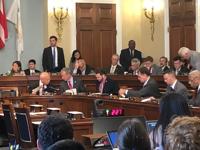 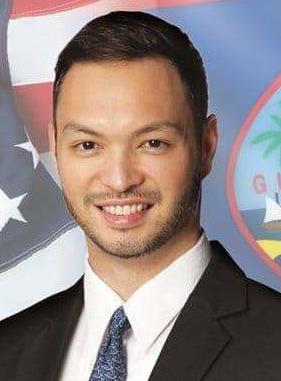 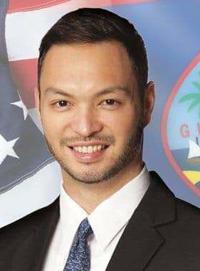 Del. Michael San Nicolas’ war claims correction bill was unanimously approved by the House Natural Resources Committee Wednesday in Washington, D.C., and now moves to the floor of the House for a vote by all members.

H.R. 1365 was introduced by San Nicolas to correct flaws in the World War II Loyalty Recognition Act, which was submitted by then-Del. Madeleine Bordallo in 2018.

San Nicolas described his bill as “a technical correction for a time-sensitive matter.”

He thanked a series of people for their assistance to include his “predecessors for their work that laid much groundwork over many years." He expressed his appreciation to local leaders on Guam, including Speaker Tina Muña Barnes, for her letters of support, as well as the Republican Party of Guam for endorsing the passage of H.R. 1365.

The delegate went on to thank “the senior citizens of Guam ... for their courage and sacrifice” and he thanked “the servicemen and their families who gave their lives many, many years ago ... when American troops reclaimed Guam from Japanese occupation during World War II.”

“This occupation resulted in over three years of brutality for the people of Guam who endured forced marches, forced labor, rapes, beheadings and countless other atrocities,” San Nicolas said. “Unfortunately (the Guam World War II Loyalty Recognition Act) contained provisional flaws that prevent the set-aside funding from actually being paid out to the adjudicated claimants."

San Nicolas called on his colleagues on the committee to support the bill “so that we may make whole the greatest generation – many of whom are sadly leaving us before seeing closure.”

H.R. 1365 was approved by the committee without objection and with no amendments.

“I approve of what you have done and what your predecessor has done,” said Republican Rep. Rob Bishop of Utah following San Nicolas’ remarks. “This is important work and I thank you for bringing it up and I support this bill.”

San Nicolas stated of all the bills on the agenda, "H.R. 1365 was the only one that passed unanimously by voice vote, clearing the committee without the need for a subsequent recorded vote."

Gov. Lou Leon Guerrero said she would "work very closely with (San Nicolas) in any way" to support his legislation.

However, the governor said, "we’re going to continue with our way of advancing payments for the war survivors." She is working with Barnes on legislation to pay out claims to survivors before the 75th anniversary of Guam's liberation on July 21.

San Nicolas later told The Guam Daily Post he's working on getting the "House leadership to expedite getting this onto the floor.”

And because Republican committee members supported the legislation “that’s going to really open up channels for us,” he said.

He said he has also spoken to the chairperson of the House budget committee, who has agreed to seek a waiver of the Congressional Budget Office score on the bill because payment of Guam war claims will have no impact on the federal budget since the money is coming from Section 30 funds already owed to Guam.

H.R. 1365 is a standalone measure and is not attached to any other legislation, a situation that could have stalled further progress.

San Nicolas did caution that the congressional agenda is crowded now with appropriation measures and he could not predict when it will be set for a vote by the full House.

"The good thing about all this is that now there is a big push for the war claims and people are getting really passion it about it, which I think is an exciting thing," she said.

“This is extremely good news for our war survivors and for our island family as a whole," said Republican Party of Guam State Party Chairman Jerry Crisostomo. "Our party commends the diligence and steadfast work of the committee and we are pleased to have been able to weigh in and assist in this process."