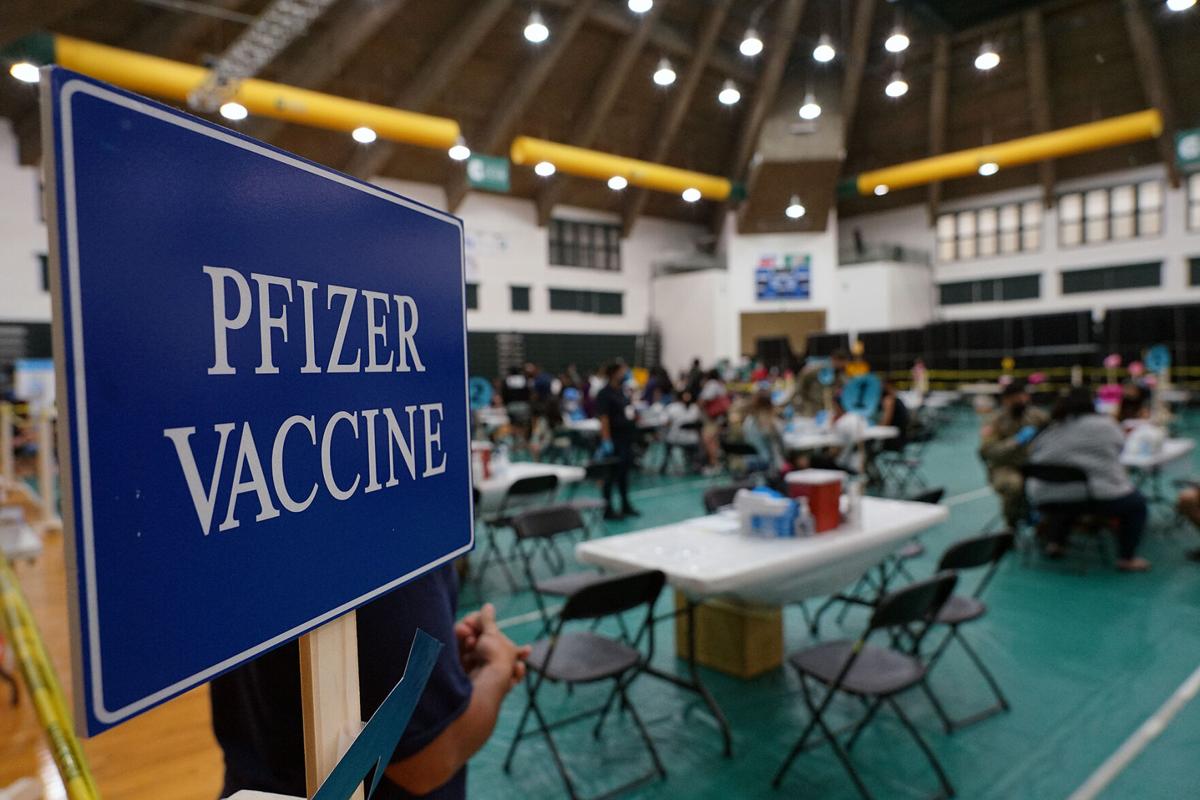 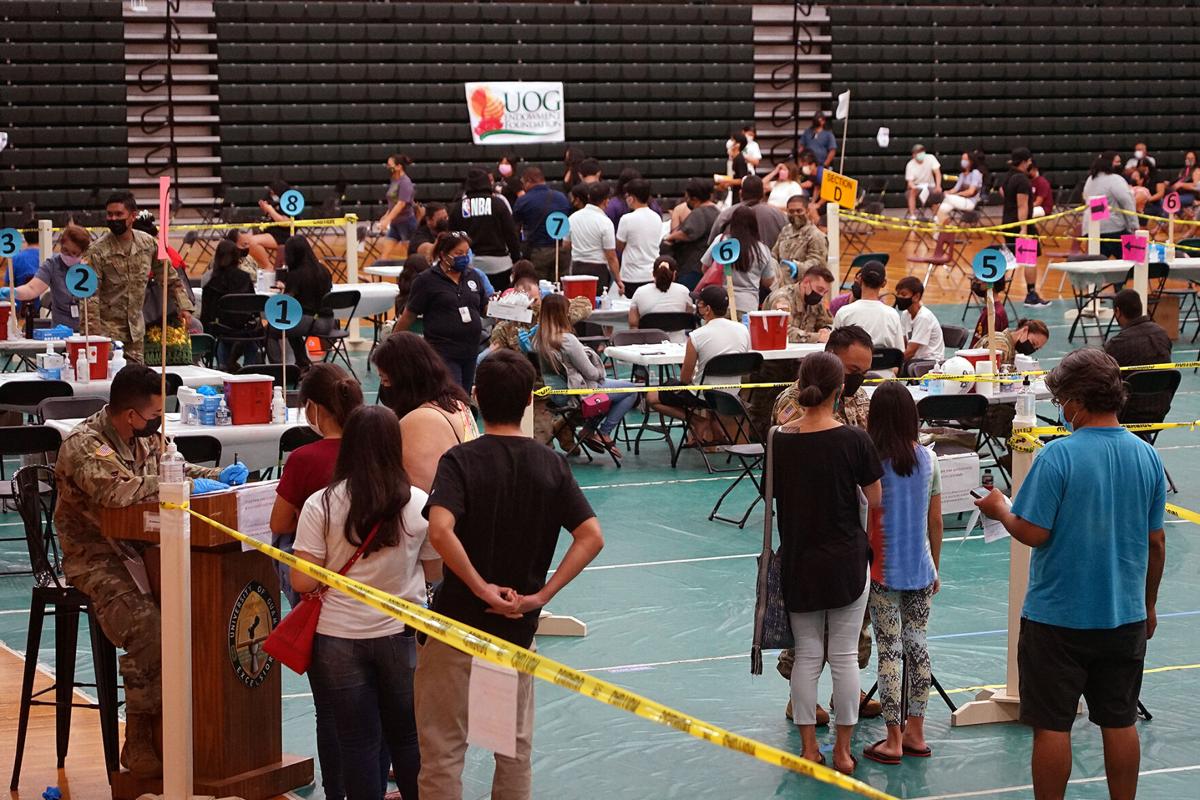 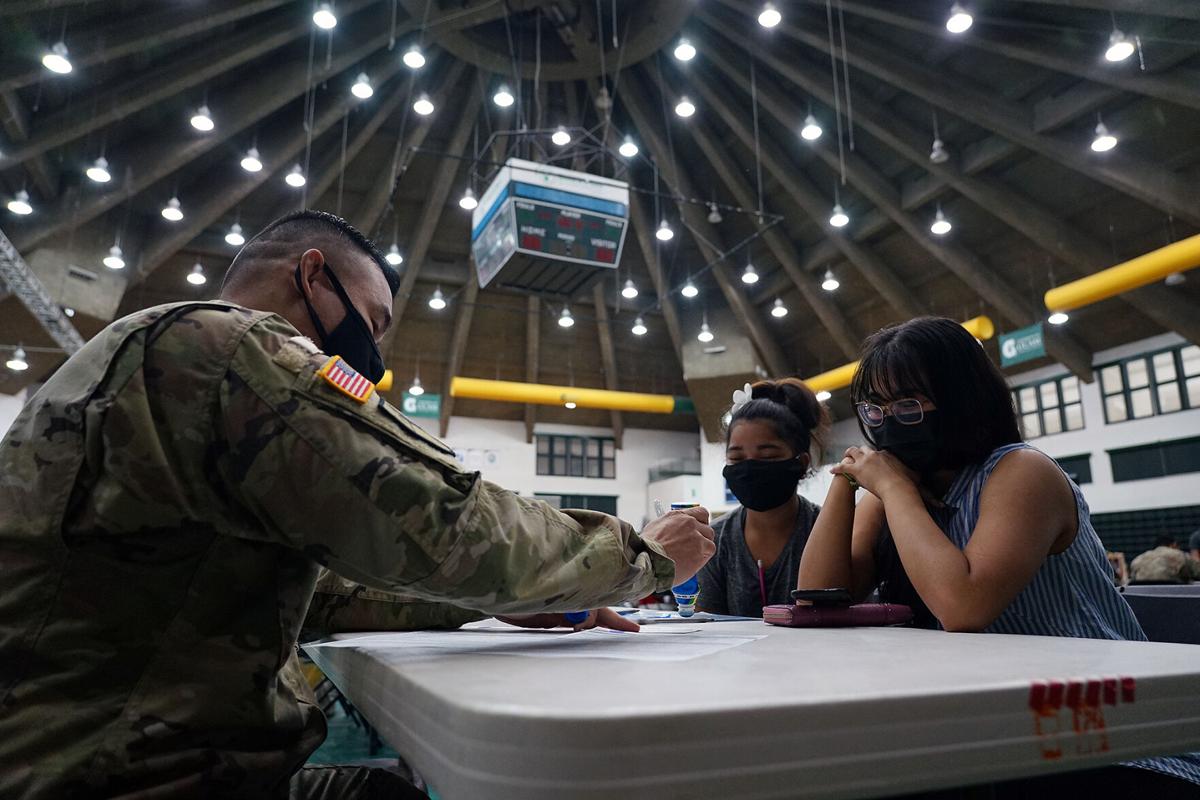 After several weeks of slowdown, COVID-19 vaccinations picked up quite a bit shortly after the governor's announcement that fully vaccinated residents would get a chance to win $10,000 cash, a new car and other prizes, officials and residents said.

Whether or not the numbers are directly tied to a chance to win substantial prizes, Guam Army National Guard Maj. Luis Cruz said the fact remains that appointments and vaccination numbers got a boost.

Vaccination at the University of Guam Calvo Field House, run by the Guam National Guard, once again exceeded 1,000 on Saturday, a day after the governor's announcement of the Vax N' Win incentives program, according to Cruz, incident commander for Operation Liberate Guam.

Appointments to get vaccinated also increased by 50 to 100 a day so far this week, he said.

"Lately we're averaging 800 on Saturdays but last Saturday, a day after the announcement, we saw over 1,000 people," Cruz told The Guam Daily Post. "This helps in reaching our herd immunity goal and it helps keep the island safe."

Edward Lopez, 39, said the chance to win prizes was not his motivation to get his first dose of the Pfizer vaccine on Tuesday, but he said he's glad the program is in place.

His hope, he said, is not winning any prize, but for Guam to get back to normal.

"People should be doing their part in protecting the community, with or without incentive," Lopez said. "But if the incentive is working, then that's good. If it helps, why not?"

When he gets his second dose around June 29, he said, he will join the incentives program.

Joining the contest requires going online to www.visitguam.com/vax and filling out a form for a chance at winning prizes.

More than 22,000 entries were submitted as of Tuesday afternoon, according to Nadine Leon Guerrero, director of global marketing for the Guam Visitors Bureau.

Lopez said he heard about the incentives program Friday night, but didn't book an appointment to get vaccinated until Monday night.

"I was already planning to get vaccinated before I heard about that but because it's available, sure, why not join?" he said. "If it's working to get more people vaccinated, then good."

He's the second to last in his household to get vaccinated. His father recently had surgery so he had to wait longer to also get vaccinated, Lopez said.

Akrima Mori, 47, wanted to make sure her whole family is protected against COVID-19, so she brought one of her daughters to UOG to get her first dose of the Pfizer vaccine.

Mori said she and her husband, both already fully vaccinated, will join the raffle drawing, and shared her excitement about the chance of winning something big.

"We might as well join since we're fully vaccinated," the mother said. "If I win $10,000, that will help pay our bills and buy school supplies. We could use some cash."

Marcia Barnes, 41, said with seven members of her family that will eventually get fully vaccinated, they could have more chance of winning.

"One every week of raffle drawing will be nice," she said with a hearty laugh. She said a car could tremendously help her children.

"I was here in March. There wasn't so much of a turnout, and then just today, when we're freaking out because the parking lot is full and this area is full. I think it (incentives program) helped," she said.

Guam National Guard Spc. Michael Sioco said he's glad the number of people getting vaccinated has picked up since Saturday after slowing in recent months.

"Saturday and Tuesday are always the busiest days but they got busier and I think that's because of the incentives," Sioco said. He's been assigned to the UOG vaccination clinic since March.

'I don't want to get swabbed every week'

Derrick Blas, 33, said he learned about the prizes, but he said that's not the primary reason he got his first Pfizer shot.

But should he win the cash prize, he'd probably go on vacation, he said. "Or buy some things."

Fellow UOG employee Joe Gumabon, 41, said he took the single-dose Johnson & Johnson vaccine, which makes him eligible to join the raffle right away.

"But I got vaccinated really because of work," he said. "If I win the car, I'd probably sell it to get cash, but either prize would be great."

An additional 8,400 doses of that vaccine arrived Sunday, as part of Guam's June allocation.

Hours before Elmar Fulgencio, 50, went to get his first Pfizer dose, he said he got a mass text alert about a vaccination incentive program, which he learned about for the first time Tuesday.

"When I read it, I thought it's only for local residents," the guest worker said. "If I can join, I will join."

Fulgencio and two other employees from the same company, Arvin Tenorio and Antonio Mangubat, got their first doses Tuesday. They said they'd been busy at work so it was only Tuesday, their day off, that they finally had time to get vaccinated.

They said many of their colleagues had already been vaccinated, and they seemed fine.

The Vax N' Win program is open to anyone fully vaccinated on Guam, whether back in December or just recently. The raffle drawing starts June 16, and every Wednesday thereafter leading to Guam's 77th Liberation Day on July 21.

Edna Rebancos, 54, said it gives her peace of mind knowing her 13-year-old daughter, Eugelyn, already got her second dose of the Pfizer vaccine.

The mother, who works at a clinic, said she heard about the raffle drawing, and wanted to wait for her daughter to get fully vaccinated before deciding to enter their names at the same time for the incentives program.

Jacky Sison, 20, got her second dose of the Pfizer vaccine and it was also the first time she heard of the Vax N' Win program.

She immediately entered to join during her 15-minute post-vaccination observation period at UOG.

Sison's aunt, Marilou Martin, 62, said she got fully vaccinated with the Moderna vaccine in March, and will ask her niece for help in joining the incentives program as well.

"If I win, I would go on vacation," the aunt said.

Guam followed the lead of other states offering prizes to get more people fully vaccinated, because vaccination numbers have been declining before they could reach herd immunity.

For Guam, the governor said the target is 80% herd immunity by the time Guam celebrates Liberation Day.

Guam still needs some 11,000 more people to roll up their sleeves, to meet its goal of fully vaccinating at least 96,000 people by then.

Aili Joseph, 28, said vaccination has become important for those working in the food-and-beverage industry like him.

He said he was skeptical at first about the safety and effectiveness of the vaccine, but his colleagues who already got vaccinated seemed to be doing well, he said, so he also got vaccinated for the first time Tuesday.

"Seeing that they're fine after getting vaccinated, to me that gave me relief so I decided to also get vaccinated. It's not mandatory but it's better to have that protection," he said.

Javier Rodriguez, 20, got his first Pfizer dose Tuesday, saying it would be better to get it now rather than wait for it to become a requirement in his job. He also got it to protect his loved ones.

"I work for the Guam National Guard, actually. I work in the IT department so I'm not really required to get the vaccine, not like these guys working here at UOG. But I wanted to get vaccinated to protect myself and my family. Almost everyone at home already got vaccinated," he said, including his girlfriend, who got her second dose Tuesday.

Rodriguez said he will join the Vax N' Win program when he gets his second dose.

"It's a good idea. That way, we can go back to normal faster if everybody is vaccinated. There shouldn't be a need for masks anymore," he said. "There's likely some people out there struggling right now and they may want to do it for a chance at winning any of the prizes."