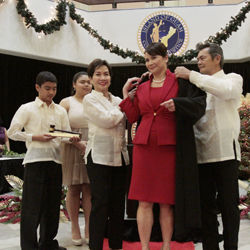 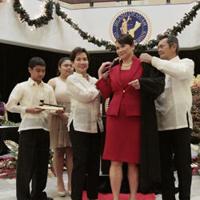 DISTRICT COURT: Maria Cenzon is assisted by her parents Edward and Nita in donning the judge’s black robe during her investiture ceremony for the Superior Court of Guam in December 2012. President Donald Trump intends to nominate Cenzon to serve on the District Court of Guam bench. Post file photo 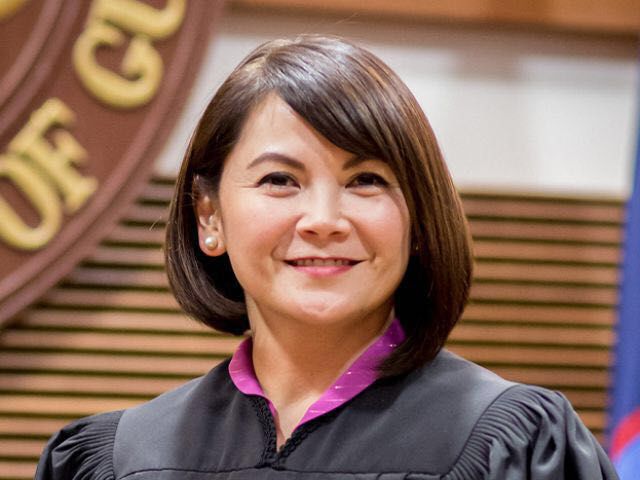 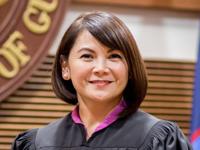 President Donald Trump is looking to Maria B. Cenzon to serve on the bench of the U.S. District Court of Guam, according to a White House press release.

Cenzon is one of two judges Trump intends to nominate to a federal court. The president intends to nominate Judge Arias-Marxuach to serve on the U.S. Court of Appeals for the First Circuit. Once nominated, their appointments will have to go before the U.S. Senate for approval.

Cenzon is currently a judge at the Superior Court of Guam where she started in 2012.

Gov. Lou Leon Guerrero, a Democrat, voiced disappointment in the process that led to Saturday’s announcement.

“We have nothing but respect for any person nominated to serve in such an important capacity. Unfortunately, given the waning hours of the current administration, we were not a part of the normal consultation process associated with other judicial nominees in the past and that’s important for the People of Guam,” she stated. “With the upcoming holiday recess, a Senate majority up for grabs, and a coming Presidential transition, we hope that all critical decisions involving Guam are addressed deliberately and without the rush associated with an outgoing administration.”

In contrast, the Republican Party of Guam is “elated,” according to a press release.

Cenzon, who was originally nominated by former Gov. Eddie Calvo to serve on the Superior Court of Guam bench in 2012, “is a woman of integrity who will bring her profound professionalism to the federal district court, as well as her legal experience in both the public and private sectors,” the GOP stated in the release.

“She not only served as chief legal counsel to Gov. Calvo prior to the appointment, but has also practiced law for 17 years, primarily in private practice,” the party stated.

Cenzon is a mother of two and the daughter of immigrants from the Philippines. She was born and raised on Guam. Upon her graduation from the Academy of Our Lady of Guam, Cenzon completed her undergraduate studies at Marquette University, and then later earned her law degree from the Loyola University Chicago School of Law, the press release stated.

“This nomination not only serves as an honored milestone in the career of Judge Cenzon, but evidences a noble accomplishment for her family who have embraced such words as hard work, sacrifice, education and dedication over the years,” the Republican party stated.

“The Republican Party of Guam congratulates Judge Cenzon and her family, and urges the United States Senate to expeditiously confirm her nomination, so that another daughter of Guam can proudly serve the island community and the nation on the bench of the United States District Court of Guam.”

Sarah Thomas Nededog, chairperson of the Democratic Party of Guam, also sent out a statement on the presidential nomination.

“The Democratic Party of Guam recognizes Judge Maria Cenzon for this presidential nomination and congratulates her and her family for this honor. Judge Cenzon is a daughter of Guam and, at this point, is the one nominated by the president which will go through the confirmation process in the U.S. Senate confirmation. We wish her well,” Nededog stated.

In the August primaries, are you voting as a Democrat or Republican?

Guam continues to face one of the worst drug and violent crime problems since I arrived here in 1968. Read more

In September 2018, "mediation" was scheduled. In January 2019, the Archdiocese of Agana filed for Chapter 11 bankruptcy reorganization, listin… Read more