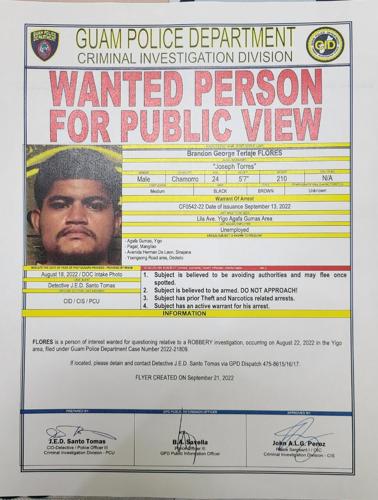 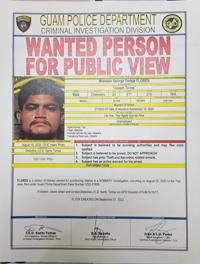 WANTED: Brandon Flores is a person of interest in an investigation of a Yigo Shell gas station robbery last month. Photo courtesy of Guam Police Department 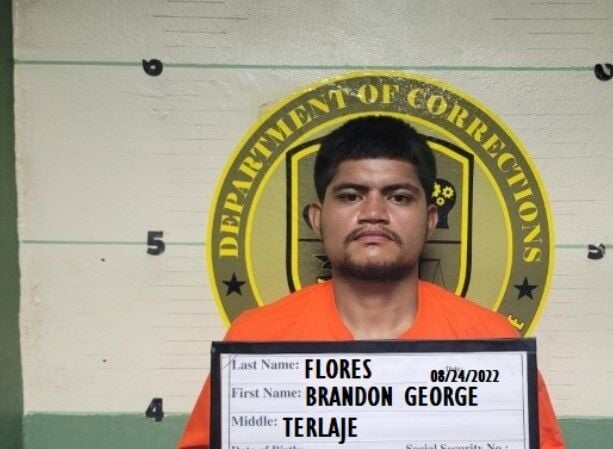 A man is wanted by police in relation to a robbery at a Yigo Shell gas station that happened last month.

The Guam Police Department issued a wanted person flyer for Brandon George Terlaje Flores, who is a person of interest in a robbery investigation.

The Aug. 22 robbery occurred at a Yigo Shell gas station, and Bob Quinata was arrested and charged earlier this week for allegedly pointing a rifle at an employee and demanding "all the money" in her cash register. After the woman complied, Quinata ran out and got into the passenger side of a black SUV and fled the scene, charging documents stated.

Quinata was also charged in connection to gas station robberies in Hågat on Monday, documents state.

Police are urging the public not to approach Flores as he may be armed.

Flores is believed to be avoiding authorities and may flee upon being spotted. He has prior theft and narcotics-related arrests as well as a warrant for his arrest from a case earlier this year.

Flores was last seen in the Agafa Gumas area in Yigo and known to frequent Pagat, Mangilao; Avenida Herman De Leon, Sinajana; and Ysengsong Road area in Dededo, according to the flyer.

Flores' warrant is connected to charges of burglary to a motor vehicle, theft of property and criminal trespass.

According to court documents, Flores allegedly broke into a car at a parking lot in Mangilao with Losanne Phaynid.

Flores and Phaynid were found in a separate car in the parking lot while officers were searching the vehicle which reportedly had a broken driver's side window and items such as a remote control car, a sinahi necklace and LED bar lights stolen, documents state.

The officers later found the items in the car Flores and Phaynid were in.

Flores denied any involvement or knowledge of the burglary, according to court documents.