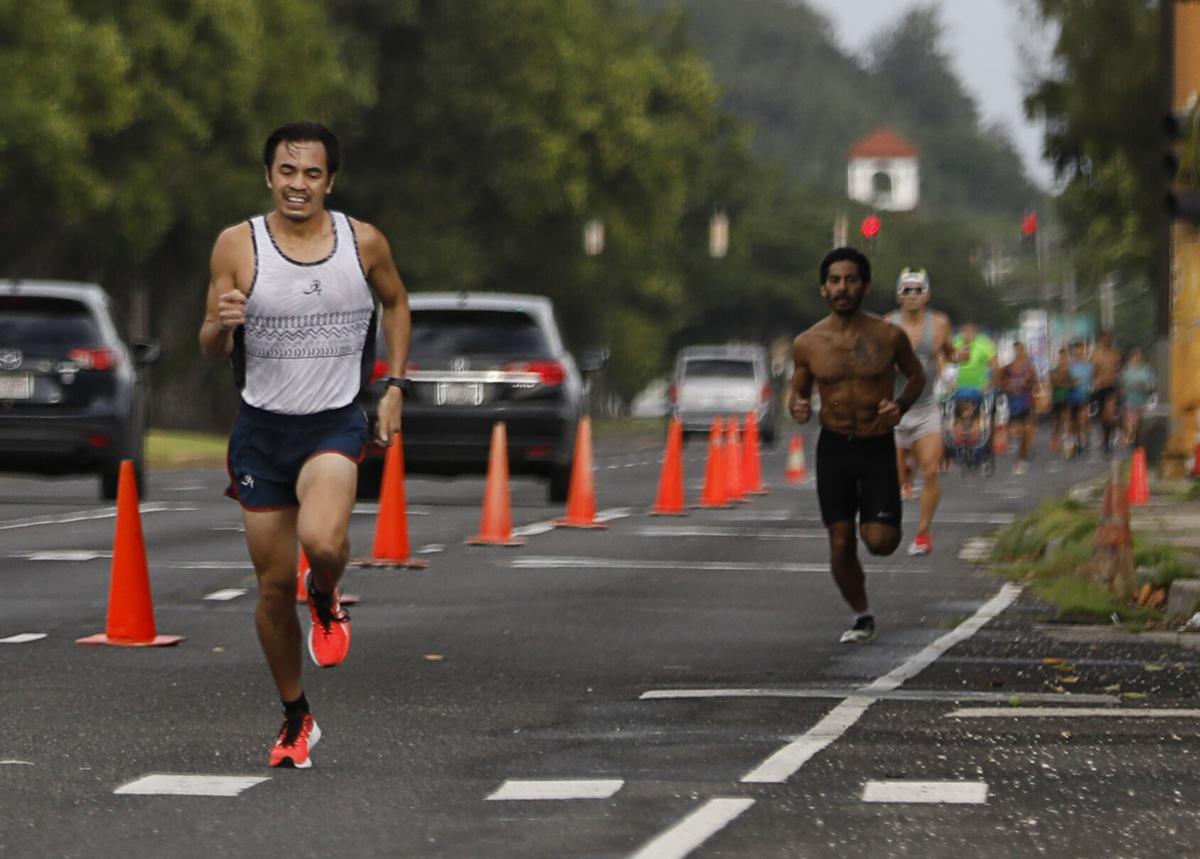 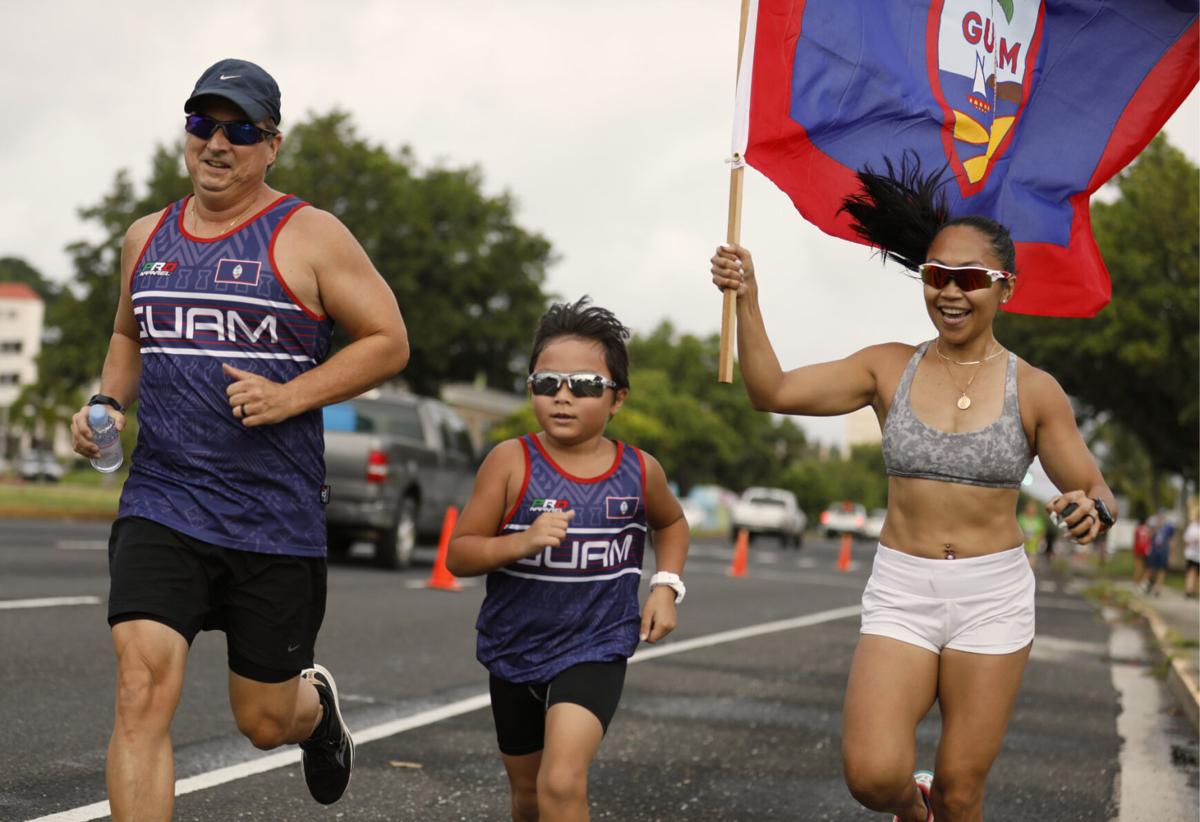 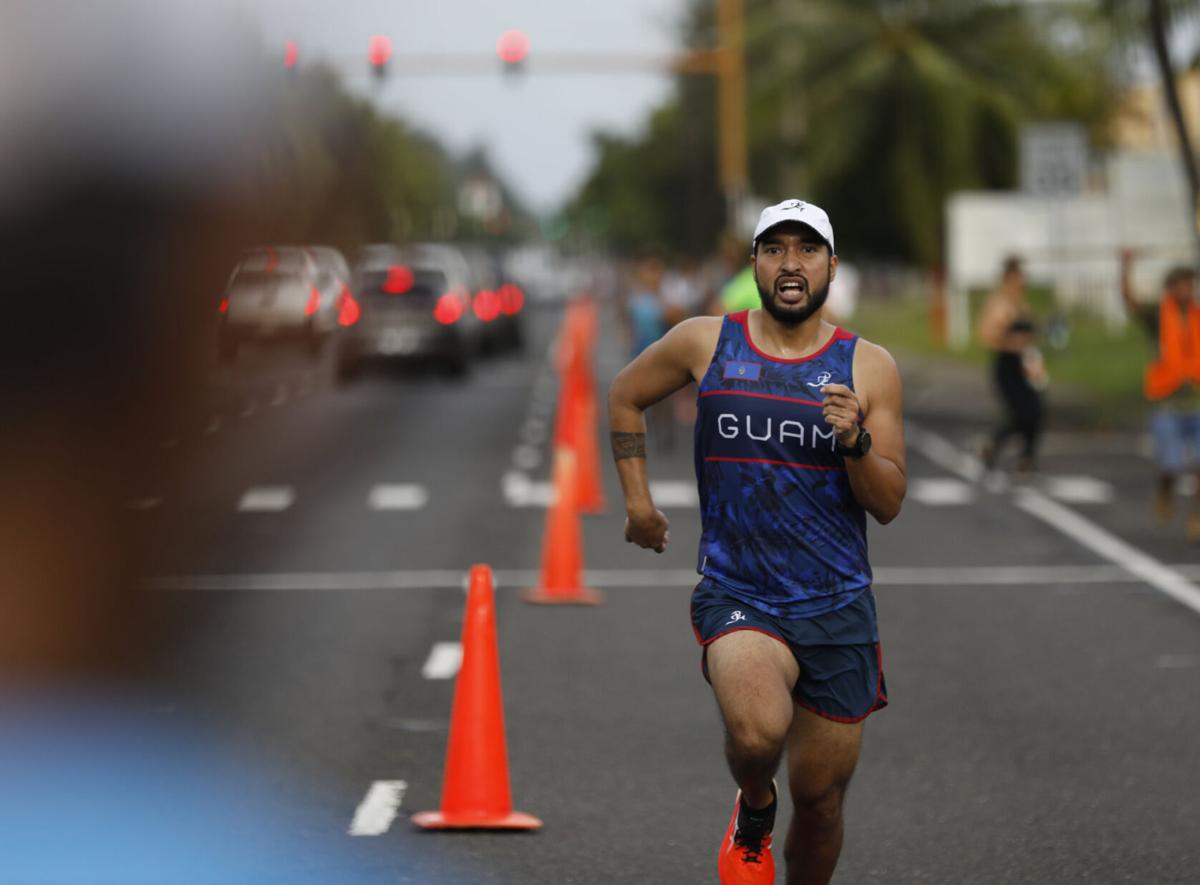 PUMPED: Desmond Mandell III pumps his arms as he races toward the finish line during the GRC 37th Liberation Mile in Hagåtña. Mandell, in 5:28 placed 5th in the Men's Division. Matt Weiss/The Guam Daily Post 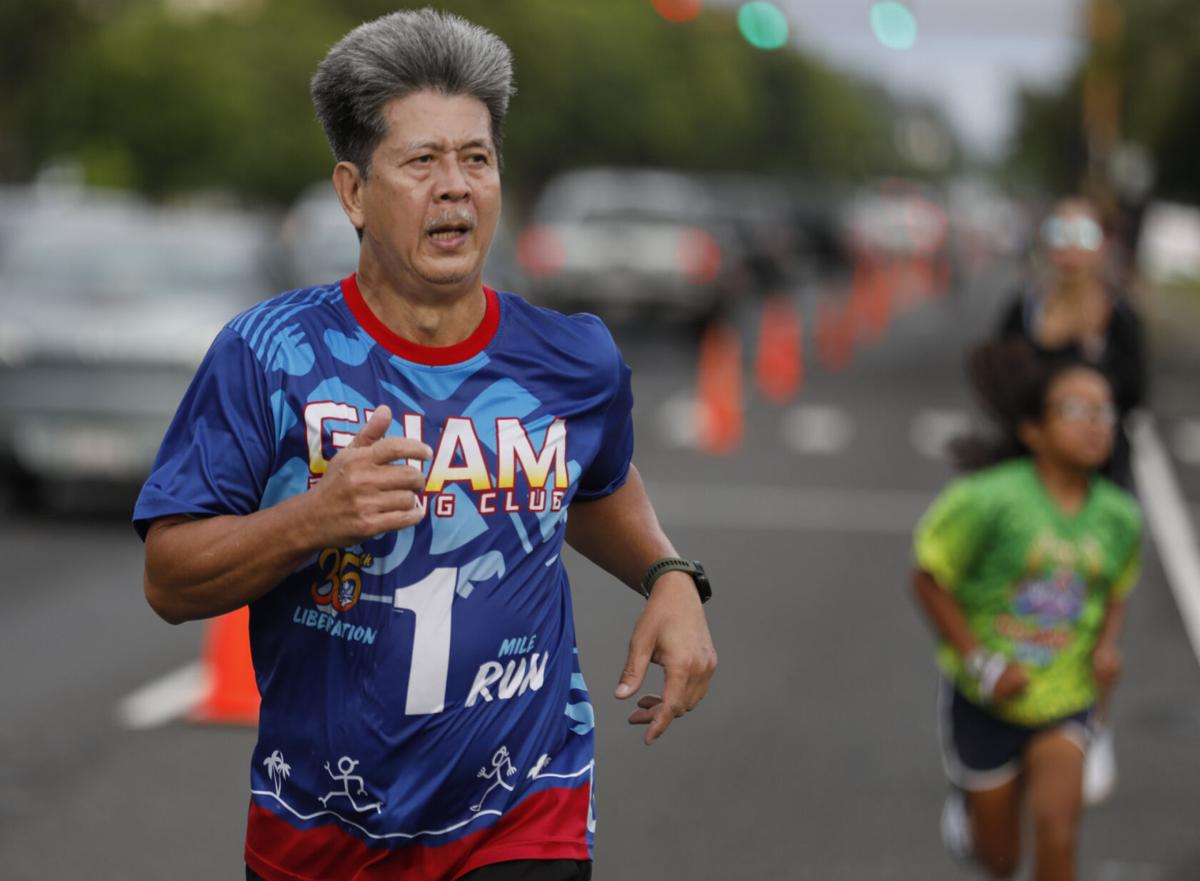 PUMPED: Desmond Mandell III pumps his arms as he races toward the finish line during the GRC 37th Liberation Mile in Hagåtña. Mandell, in 5:28 placed 5th in the Men's Division. Matt Weiss/The Guam Daily Post

The Guam Running Club Liberation Mile usually kicks off the liberation parade, but with the parade’s cancellation for the second straight year, runners competed without the usual pomp and circumstance in an all-out sprint to the finish line.

Gov. Lou Leon Guerrero, Lt. Gov. Josh Tenorio and entourage laid a wreath across Marine Corps Drive on a monument for U.S. Marines who died while liberating Guam from the Japanese during World War II - and runners, one-by-one, two-by-two, and in groups, finished the race and claimed their finisher’s T-shirts.

“It’s a big, big relief to come back out again,” said GRC President Richard Taitague. “I can see the turnout. There were a lot of fast runners today. I guess they’ve been holding on for a year.

“We have fast times, especially in the female division.”

The first six finishes, in both Men’s and Women’s divisions, received additional recognition.

In the Men’s Division, in 4 minutes, 45 seconds, Derek Mandell defended his 2019 title.

For the Women, in 5:49, Sharon Hawley was the first female to complete the mile.

“It’s good to see people out in the mile run,” said the 34-year-old Derek Mandell, a two-time Olympian. “This is the third run GRC has put on since we’ve been able to run again. You forget how much you miss the running community as a whole.”

During the 15 months prior to the race, with all events having taken place virtually, Derek Mandell saw runners had posted fast times on Strava, but had never competed against some of them.

“I see them on Strava, a lot,” said Derek Mandell, sharing that he had been tracking the competition on the virtual running app, which means strive in Swedish. “I knew they were quick, so I knew I had some work to do.”

Inspired by the live, real-world event, he stepped up his game.

Hawley, who posted a sub-six-minute performance, was moved by the camaraderie and upbeat atmosphere.

“There’s nothing better than just surrounding yourself with people celebrating,” she said.

Hawley, who has lived on Guam for about two years, said the lack of competition during the pandemic has been challenging.

“Over the past six months, I have been more motivated and just feeling so much happier with the running than I have ever felt in my entire running time,” she said.

Sharing that online support via social media for past virtual races has been welcoming, it was a far cry from the real thing.

“Being together is so much better in the aspect that you have the motivation - you have the people, the feeling, the adrenaline. You have all that euphoria coming together.”

While the event attracted singles, couples and runners of many ages, it also drew families to the streets of Hagåtña. For David and Rhea Macaluso and seven-year-old son Myles Macaluso, pounding the pavement meant paying respect to the fallen Marines and blitzing past the finish line.

“I didn’t want to be in last place,” said Myles Macaluso.