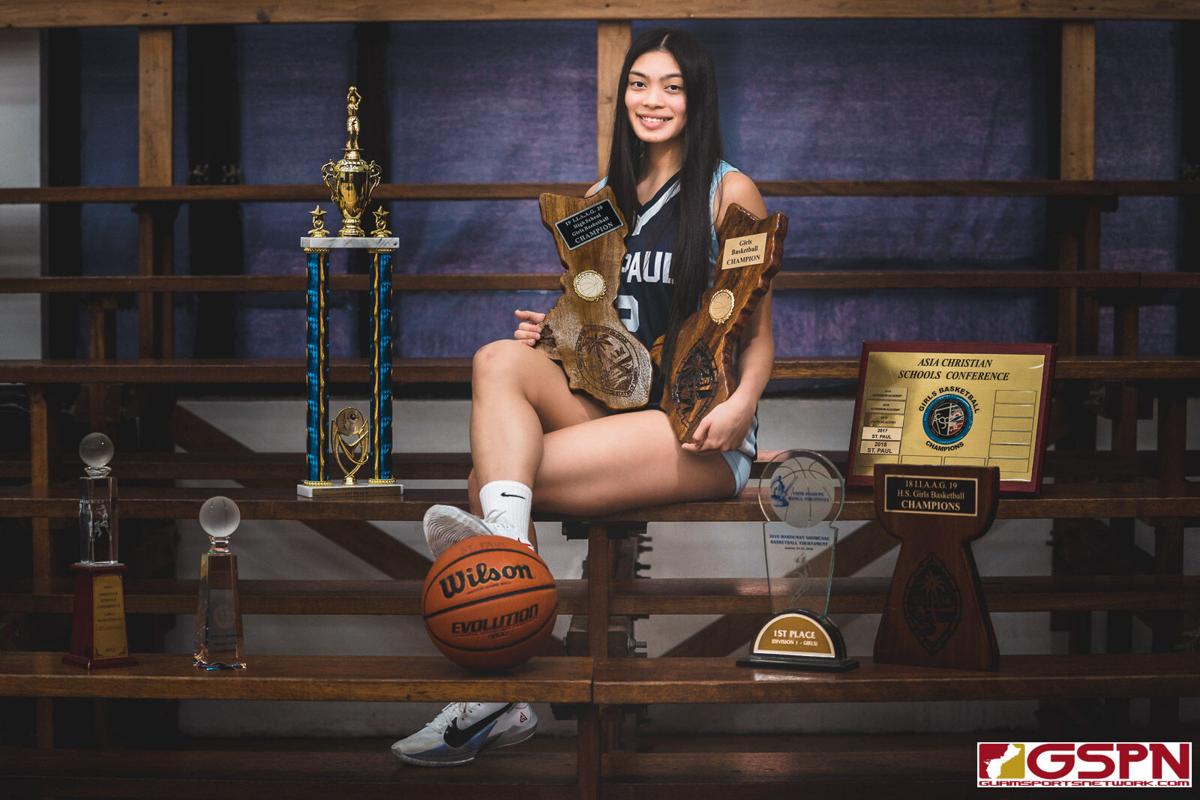 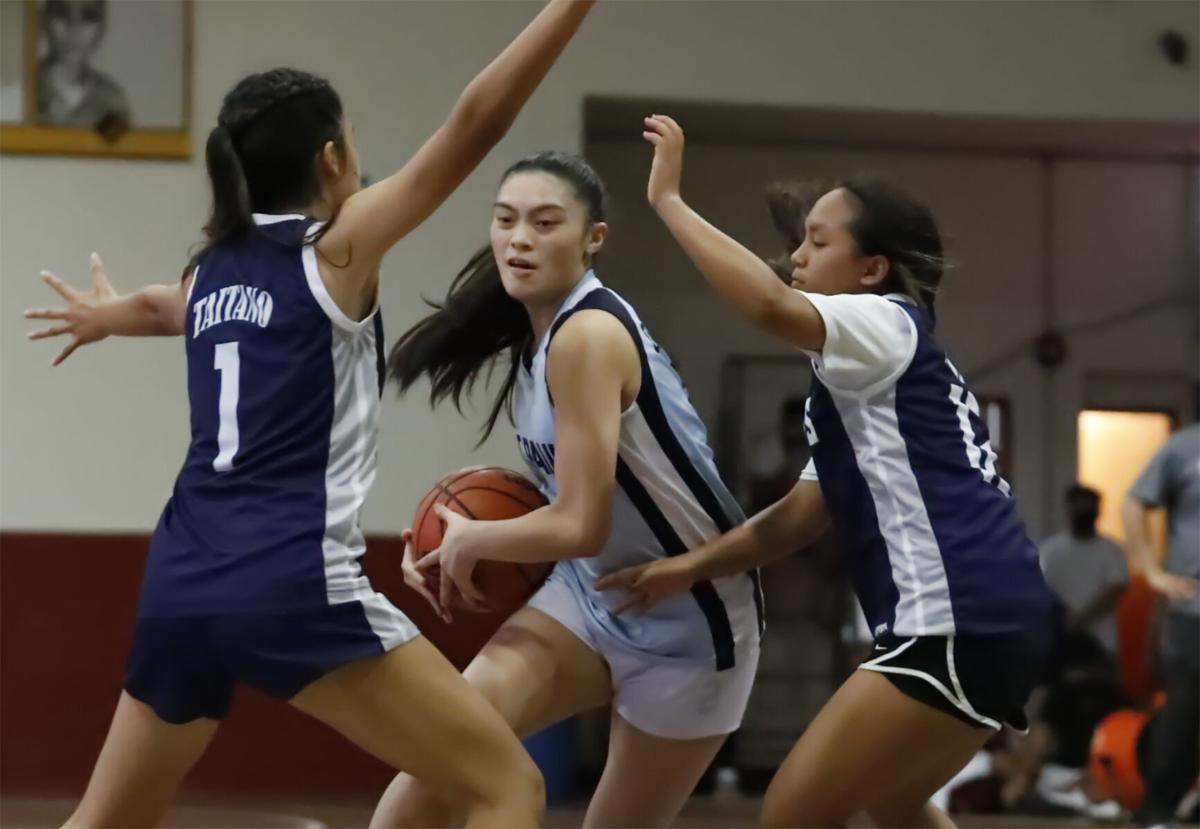 St. Paul Christian School Warriors’ Janniliese Quintanilla is the island’s last four-time high school basketball champion since former Warrior Derin “La” Santos Stinnett finished the feat in 2008. Quintanilla has been the Warriors’ leading scorer from her sophomore to her senior seasons, proving the bigger the stage, the bigger her game.

With all of her team accomplishments, one might assume that Quintanilla, would have a long list of individual accolades to accompany her titles.

Despite not being named MVP, Quintanilla sees the bigger picture.

“When I first hear about it, (not winning MVP), I get confused, but I get over it quickly,” she said. Everyone has their own opinions about me, but all I really care about are the championships. I would rather win a championship than an MVP.”

Throughout her career, as a junior and then as a senior, Quintanilla has two First-Team All-Island selections. So, her talent is recognized, but coaches just don’t seem to agree that she’s the best in the league.

The last multiple champion who was also left off of MVP voting was Southern High School Dolphins’ April “Speedy” Talledo, who won titles in the 2014-2015 seasons.

“My coaches are funny. It bothers them and my teammates a lot,” said Quintanilla, sharing others’ opinion on her not having received MVP nominations. “My team sees me as their MVP, so when they hear that I’m not, they get so mad. I tell them, ‘it’s OK,’ but I take their anger as them showing love to me.”

Quintanilla, adopting the Mamba mentality, an attribute associated with the late NBA legend Kobe Bryant, only places energy into things she can control, and she has been the surest thing since entering the league, proving her weight in league titles.

For Quintanilla, there has been nothing sweeter than hoisting championship trophies and proving doubters wrong.

For the recent high school graduate, in three of four championship games, she led the team in scoring.

In the 2017-2018 ‘ship, she dropped in 22 points. The next year, she followed up with a near-triple-double performance, finishing with 24 points, 11 assists and six rebounds and steals.

This past season, one shortened by the coronavirus pandemic, was likely Quintanilla’s most-rewarding. Entering the season with a loss to the Academy of Our Lady of Guam Cougars in the McDonald’s Preseason Basketball Tournament championship game, doubters were armed with enough ammunition for reasonable doubt.

During the regular season, standing between Quintanilla and her fourth title were the undefeated Cougars, who had beaten St. Paul twice already this year.

“I feel like everyone doubted us this year,” Quintanilla said. "I knew what my team was capable of. I knew that we could blow out any team if we wanted to, and it was all about our mindset.

“I told our girls that we can’t let the doubters get to you and we have to prove them wrong. That’s all that ran through our minds when it came down to the championship game, to prove everyone wrong, and I think we did.”

Quintanilla’s basketball journey began at Jose Rios Middle School, where she demonstrated superior skills and eventually was recruited to play for St. Paul. Having entered into a program with a stacked roster, Quintanilla began showing potential midway through her sophomore season. By her junior year, the Warriors had become Quintanilla’s team, the real test of whether or not the pressure was too much for her had begun.

Quintanilla, who led by example, putting in the work and logging countless hours on the practice court, gives all the credit to coaches Paul Pineda and Stu Schaefer.

“My coaches see my full potential, even when I don’t,” said the modest Quintanilla. “They’ll push me to my breaking point just to make me realize that. If it wasn’t for them, I wouldn’t be where I am.”

That’s not to say that her motivation isn’t already at a high level.

“I’m very competitive. When I feel there’s competition on the court, I always want to be the best one out there,” she said. “What pushes me is wanting to outperform the best player on the other team, and that really drives me.”

Not wanting to let down her believers and supports is another motivating factor.

“A lot is expected of me, and I have fear of disappointing my coaches and teammates,” she said. “I play for them, and I want to reach the expectations they have for me.”

Quintanilla is still unsure if basketball is in her collegiate future, despite the number of offers she has on the table. If coach Pineda is at the helm of the Women’s National Team, then the superstar is considering suiting up for Team Guam.

But, how exactly does Quintanilla want to be remembered?

A lot of respect comes out of being feared, but don’t get it twisted, if you’re standing on the other side of Quintanilla, she’s there to break your heart.

“I want to be remembered as the person people see on the court and freak out about or get scared to face,” she laughed.

“My coaches are funny. It bothers them and my teammates a lot.” Janniliese Quintanilla, four-time champion, SPCS Warriors