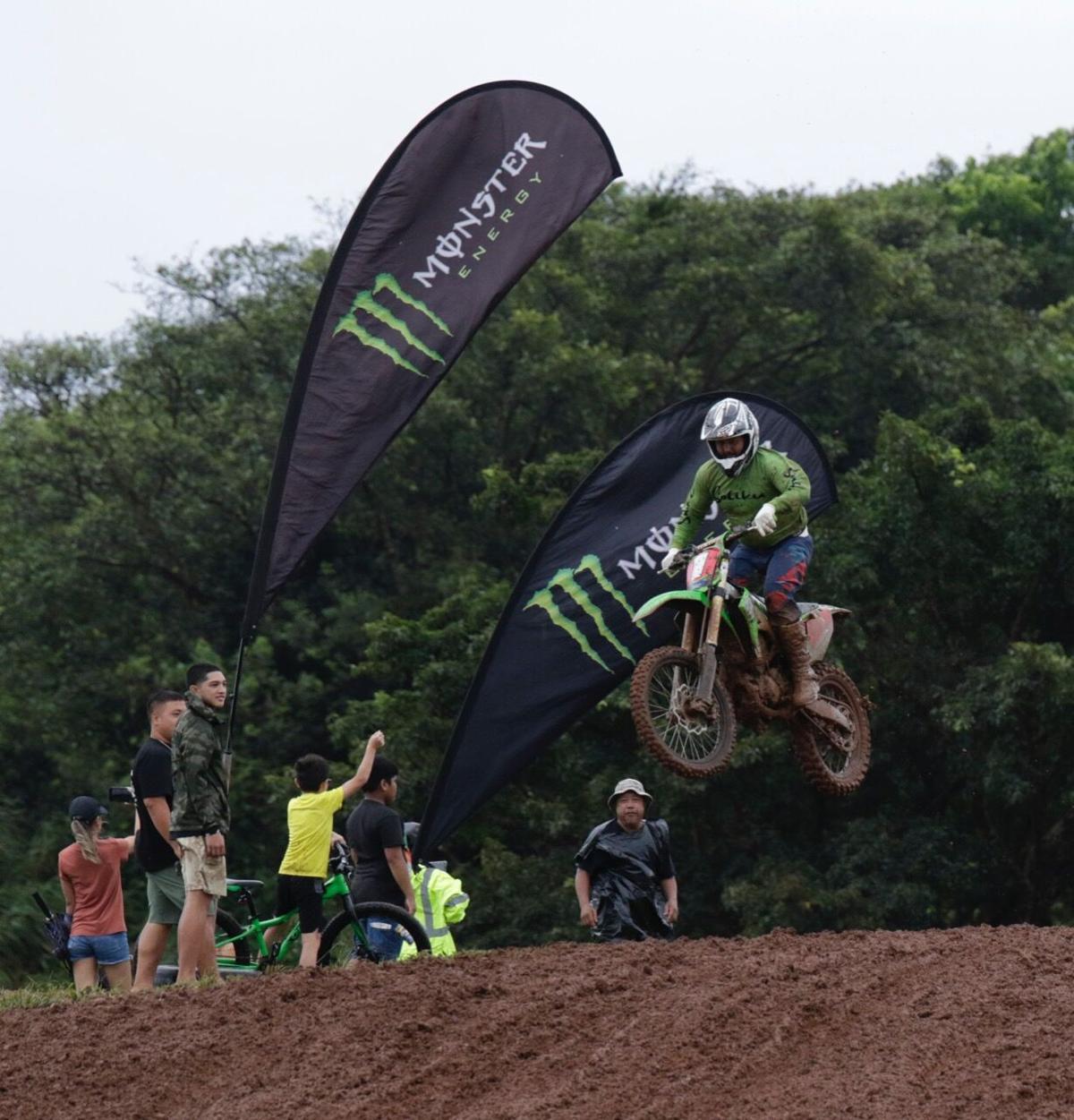 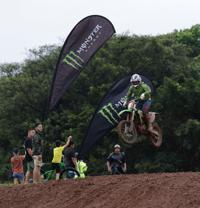 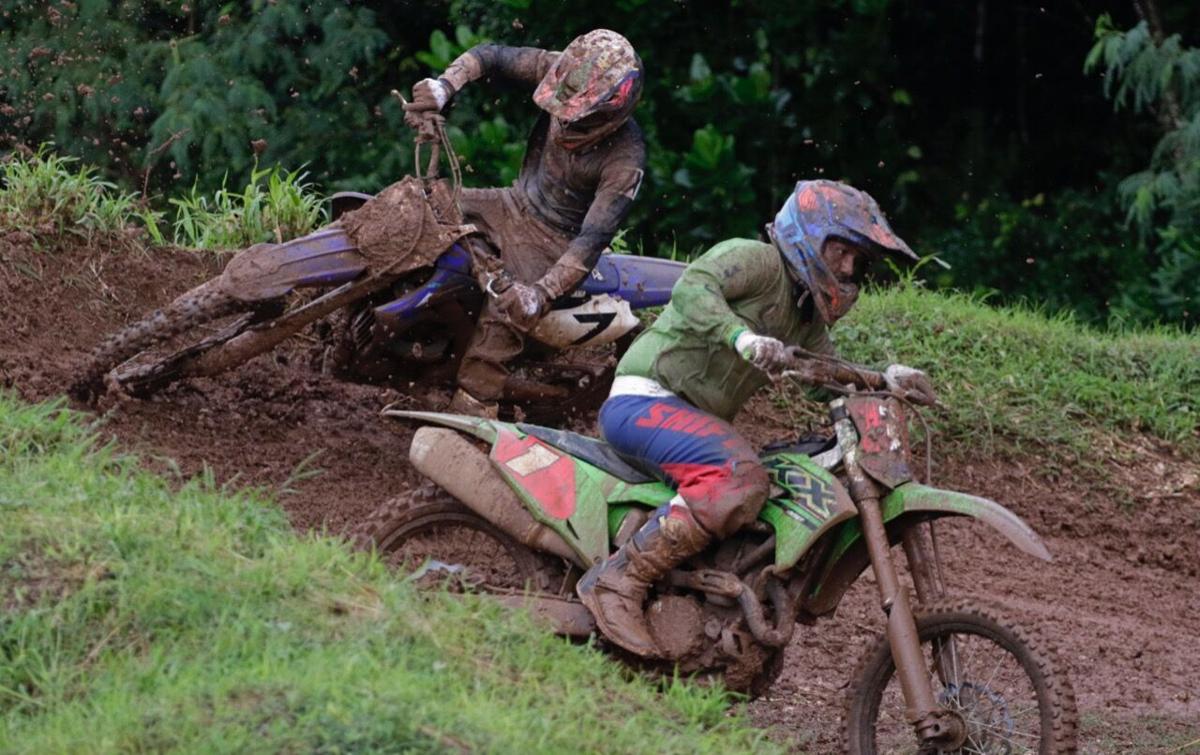 PUSHING FOR MORE: Lil John Aguon is chased by JR Cepeda as the top two push for the lead during Sunday's final round of the 2021 Monster Energy Guam Motocross Championships at the Guam International Raceway in Yigo. Matt Weiss/The Guam Daily Post 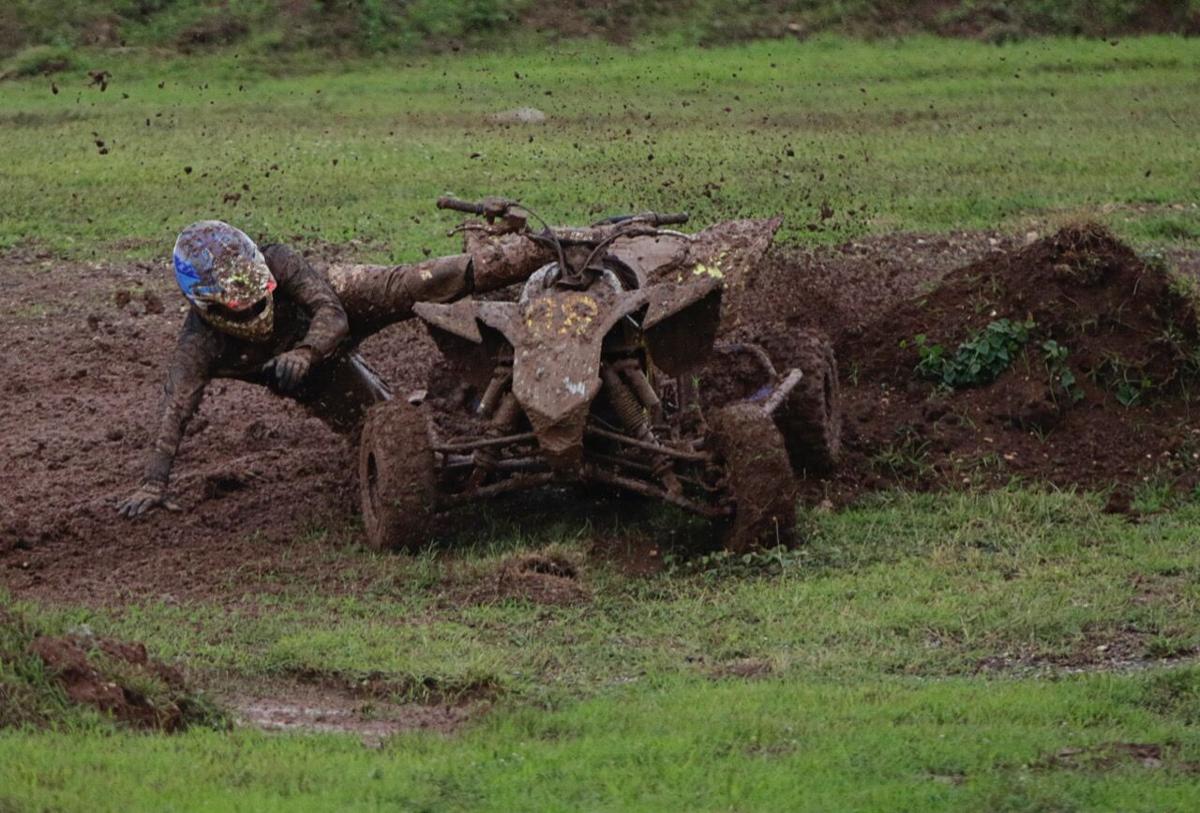 PUSHING FOR MORE: Lil John Aguon is chased by JR Cepeda as the top two push for the lead during Sunday's final round of the 2021 Monster Energy Guam Motocross Championships at the Guam International Raceway in Yigo. Matt Weiss/The Guam Daily Post

Living up to the hype, Lil John Aguon tore up the track, ripping through mud and rain to claim Heat 2 and successfully defend his title and the coveted 2021 Open Motorcycle Guam championship Sunday at the Guam International Raceway in Yigo.

The final round of the 2021 Monster Energy Guam Motocross Championships was held this past weekend with dozens of riders across all age divisions fielding their best races and pushing for the checkers.

It's been a year of racing for all involved. This past Sunday was the final round, a capstone for the racers who put in a lot of mileage over the 10-round series.

After losing last month’s race to JR Cepeda, Aguon said Mother Nature definitely gave him the advantage as showers throughout the day continued to pour, creating the perfect storm of mud bogs and water pits – just the way he prefers.

“Awesomeness,” said Aguon fresh of his win in Heat 2 and still riding high on adrenaline. “You gotta understand the texture … when you’re training and you come out to the track, you can’t go home when it rains.”

Some people don’t like the aggression or handling the sloppy slick of the mud, but Aguon said it’s all about technique and understanding how to race in the bog.

“You have that advantage when you train for it,” he said. “You’re not gonna pass me. My game ball in the mud is different … I can lose people …. I can use different techniques to push past people. I know what I can do.”

At 36, Aguon is a champion on the MX scene once again. And, while he relishes the competition, Aguon is quick to say he’s doing it for something bigger than himself.

Hoisting the trophy at 36 means more because he’s setting the bar and instilling a champion mindset in the kids who follow him.

He thanked Cycles Plus for their continued sponsorship of his motocross aspirations.

He also threw a couple more thank you and shoutouts to people who helped make either racing or the day possible.

“I’d lke to make a shoutout to all the small riders that come out … to Uncle Jake Blas for coming out and helping with all the kids,” he said. “Thank you to the Mondia family for all their support … and, one last shout out to the local strains of motocross riders growing.”

With the final round of the ten round 2021 Monster Energy Guam Motocross Champion now a wrap the final championship standings are as follows:

Awards presentations are tentatively scheduled for Dec. 18. To get involved or learn more, visit www.GIRMAC.Teamapp.com or contact Robert Bucek at 671-727-5381.