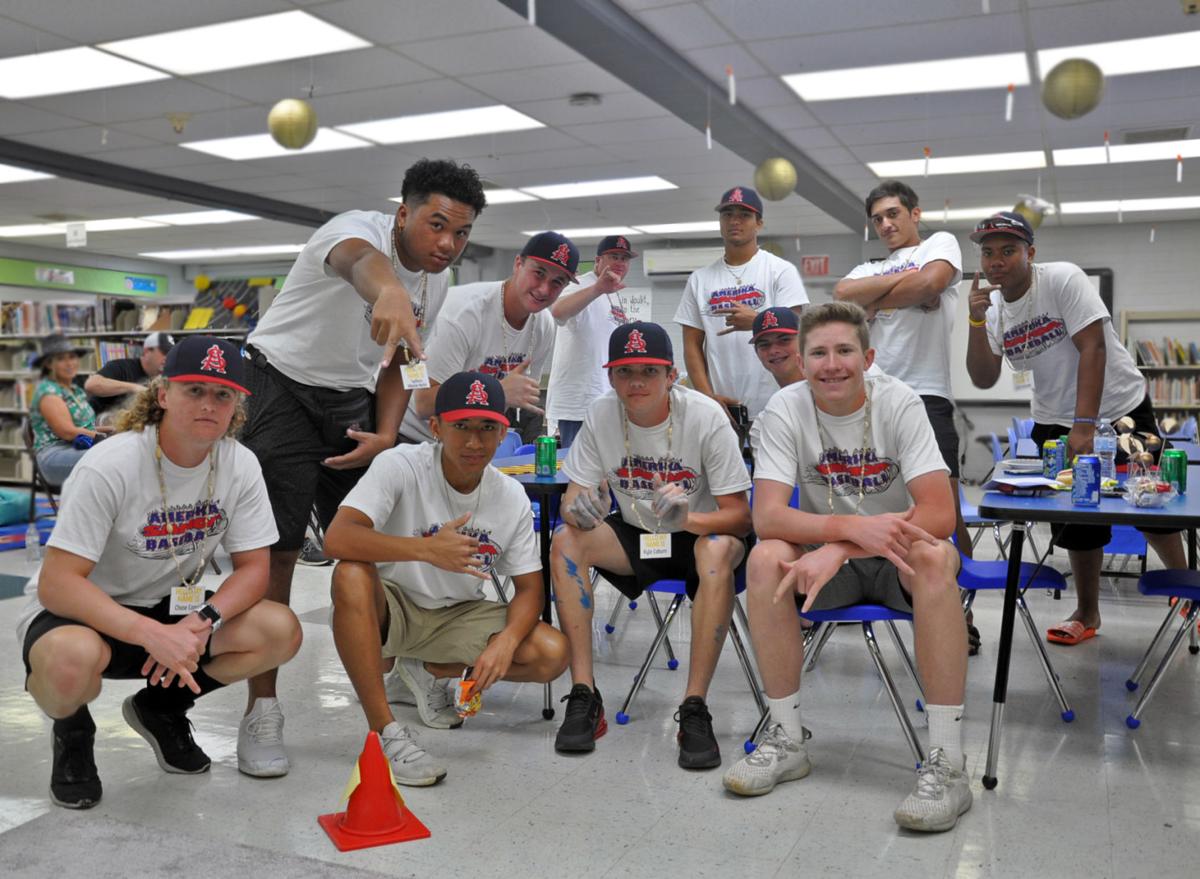 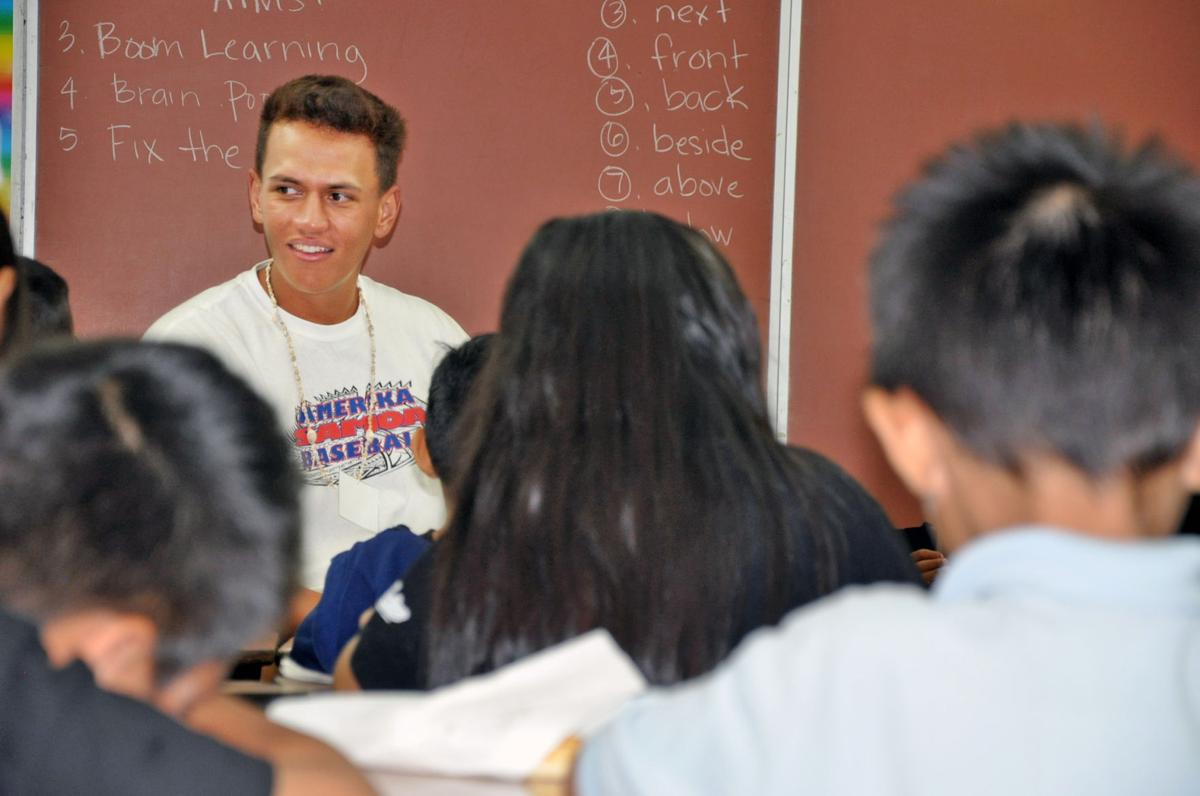 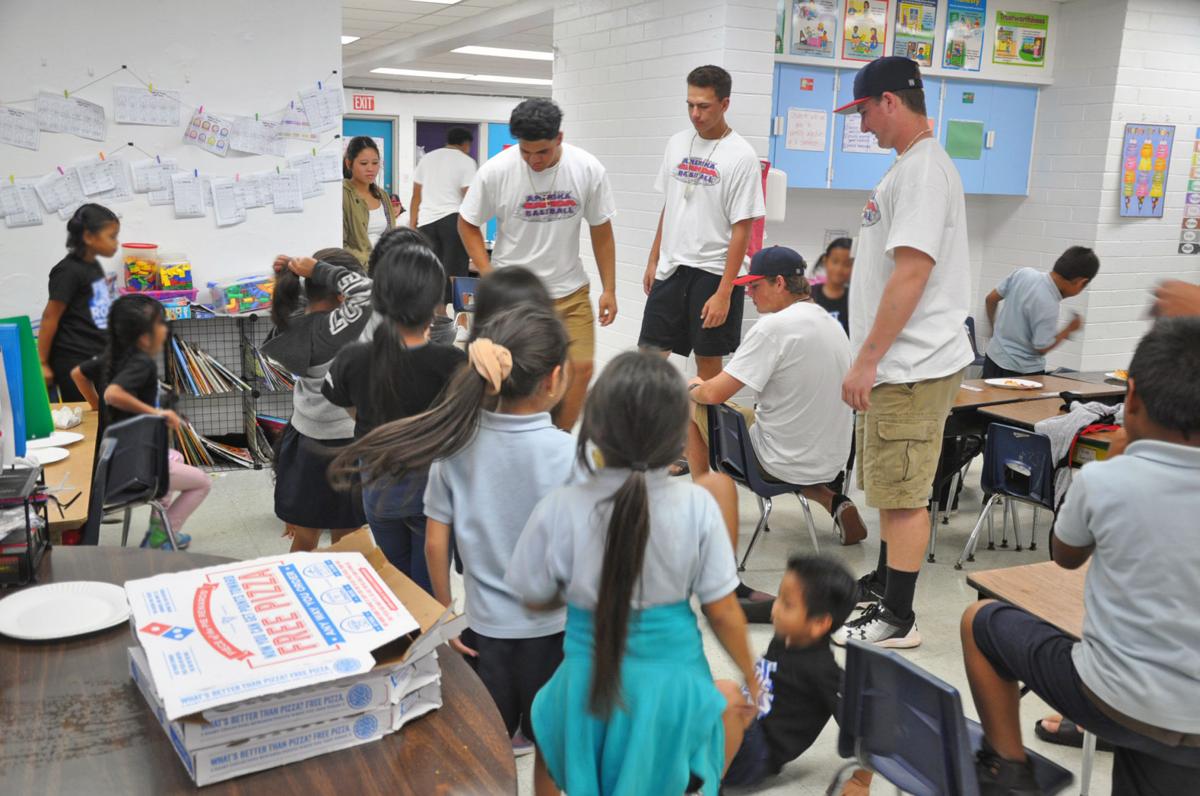 FLEXIBLE: The America Samoa U18 National Baseball Team ask students from Juan M. Guerrero Elementary school to show them who can do the splits. Haruo Simion/The Guam Daily Post 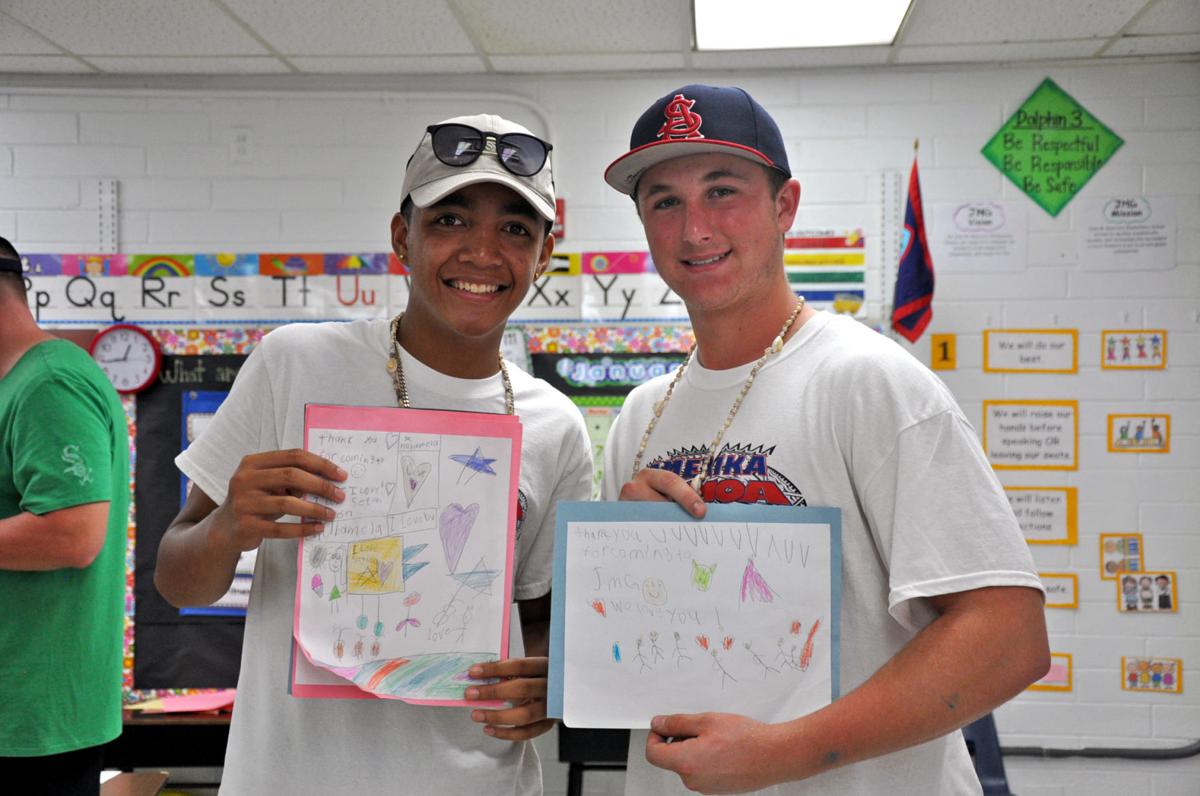 FLEXIBLE: The America Samoa U18 National Baseball Team ask students from Juan M. Guerrero Elementary school to show them who can do the splits. Haruo Simion/The Guam Daily Post

The American Samoa U18 National Baseball Team is on island, and they have been sensational. Not only are they dominating play in the 2019 World Baseball Softball Confederation U18 Oceania Baseball Championship, but their excellence has spilled over into the community.

With wins over Australia and New Zealand, the youngsters from the tiny South Pacific territory have the visiting Major League Baseball scouts taking notice.

But, maybe more importantly, off the field, they are winning the hearts of Guamanians.

On Friday, American Samoa joined the 5 Star Legacy Foundation for a visit to Juan M. Guerrero Elementary School in Harmon.

“We weren’t sure what to expect, but it’s really nice because it’s a way for them to give back,” said JMG principal Melissa Mafnas. "It’s really a nice opportunity for our kids to see positive role models. I really appreciate their enthusiasm to take the time and give back to the school.”

Created by Mark Comer nearly a decade ago, 5 Star's mission is to alleviate the suffering of children, their families, and their communities by breaking the cycle of poverty.

Comer's idea to start the outreach program came after a trip to Indonesia.

“It was such an impactful thing for me,” Comer said. “I came home from the trip really motivated to start a foundation to help children."

Searching for partners to help in the giving experience, the Foundation paired with American Samoa.

“It’s great for the kids giving, and on the … the receiving side,” Comer said.

“A lot of it is the culture that the boys come from,” said Brent Garing, American Samoa head coach, referring to the boys' altruism.

Enjoying the experience, American Samoa player Ethan Langkilde was glad to chip in.

“It’s really good to see us donating the benches, and helping with their future,” Langkilde said.

"I really appreciate their enthusiasm to take the time and give back to the school.”

Despite Guam entering with a positive attitude against the defending champions Australia, the results were the same. After Day 3 in the 2019 W…

How concerned are you about the drug-related crimes on Guam?