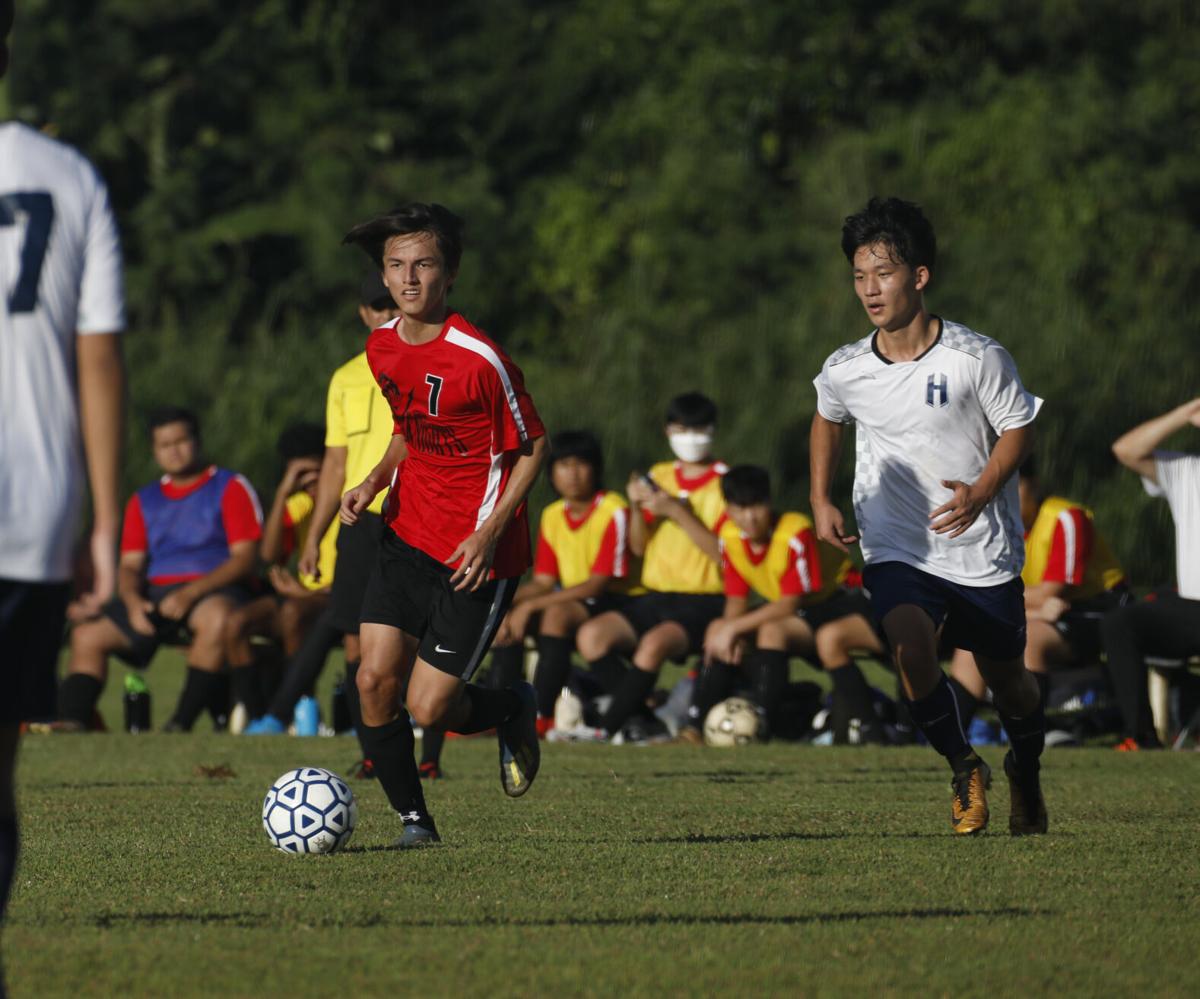 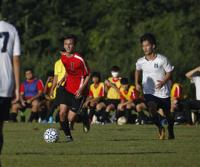 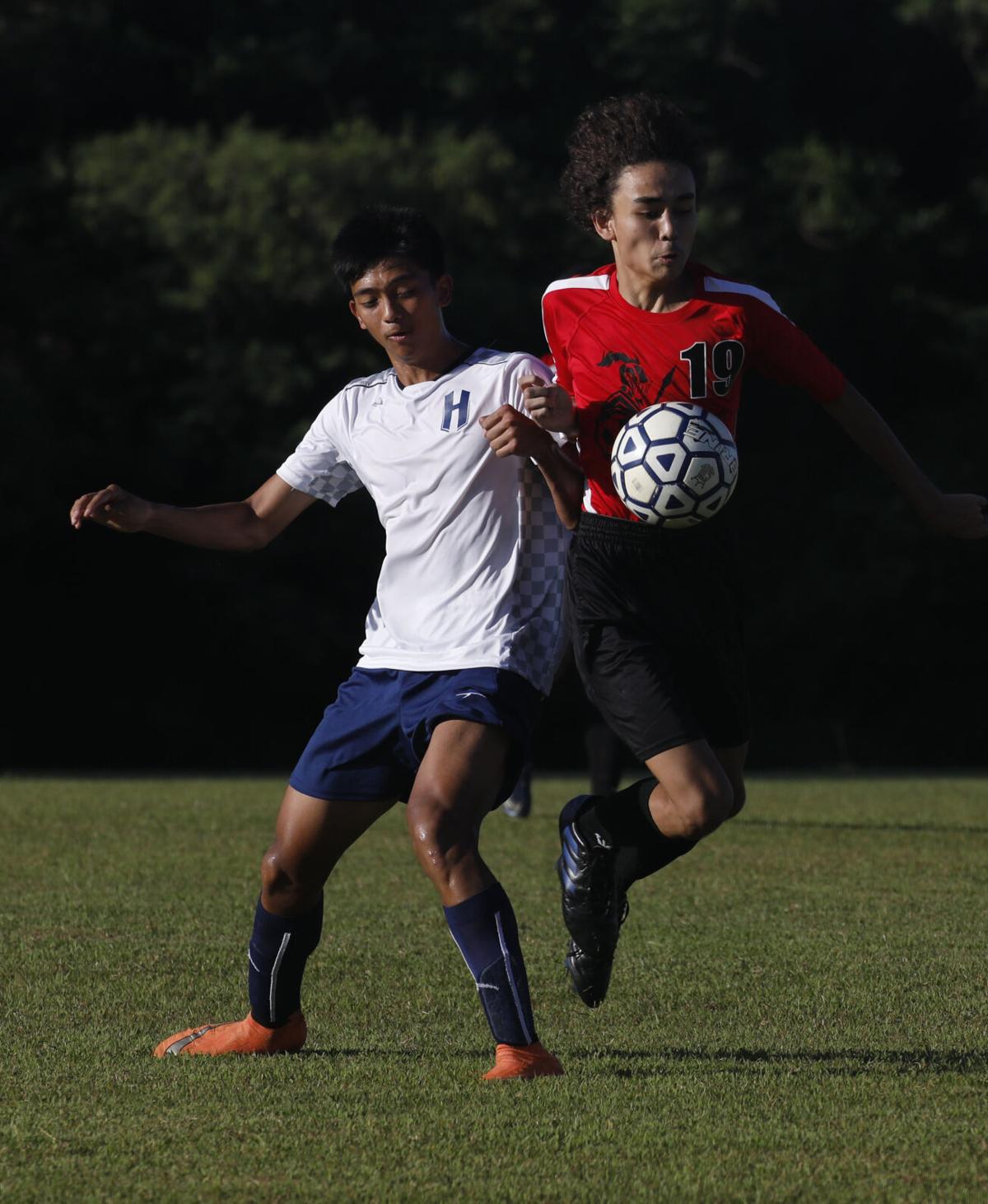 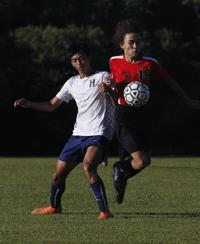 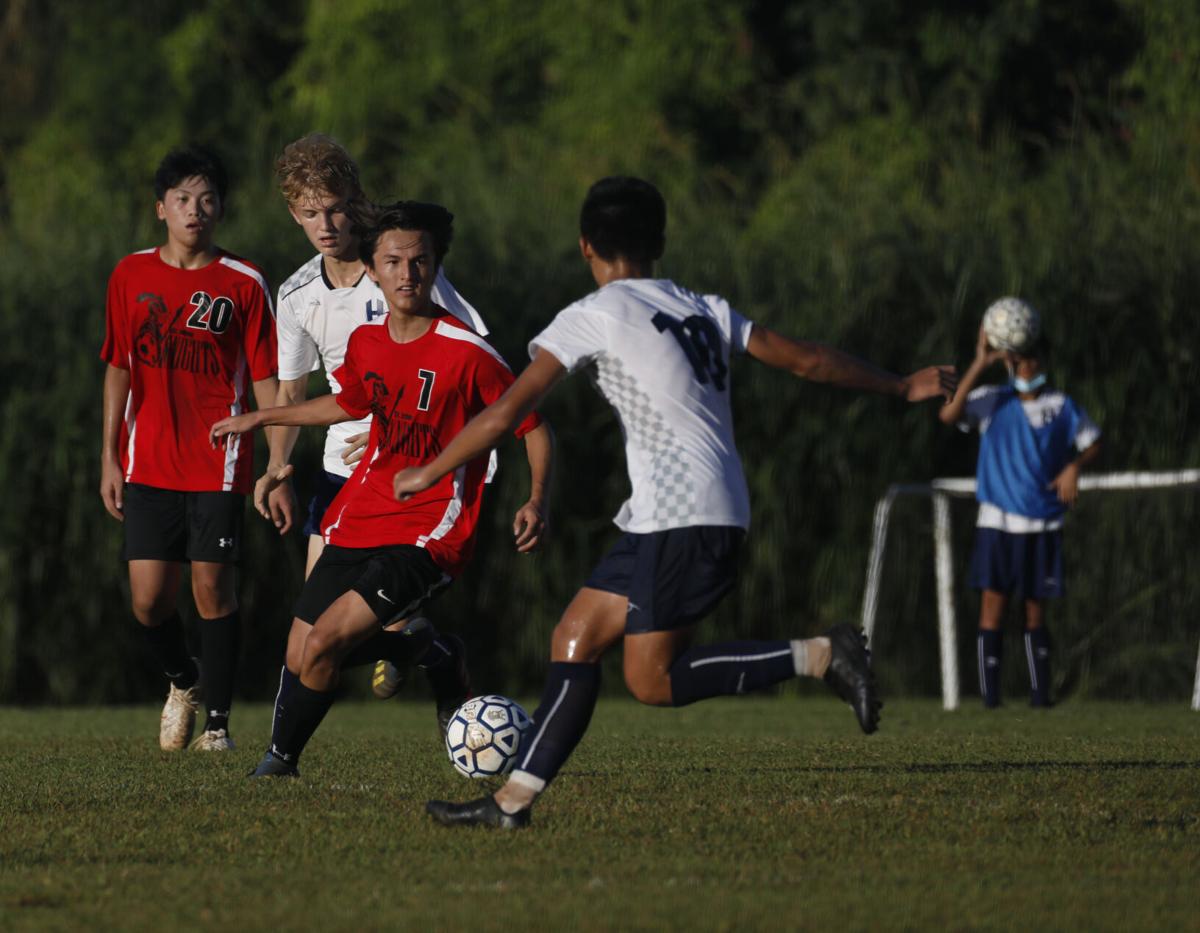 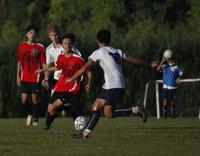 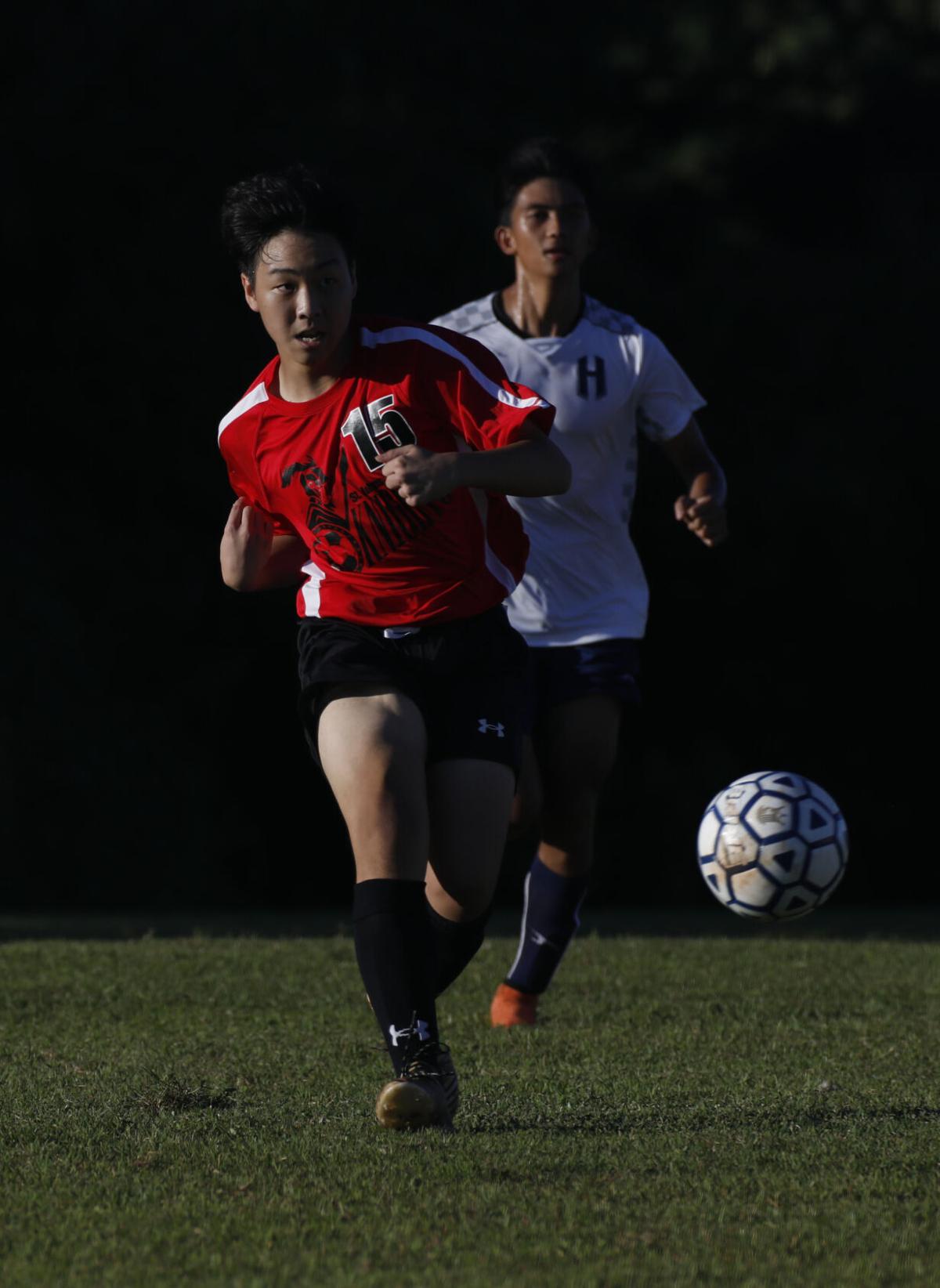 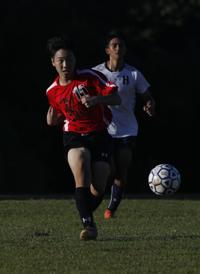 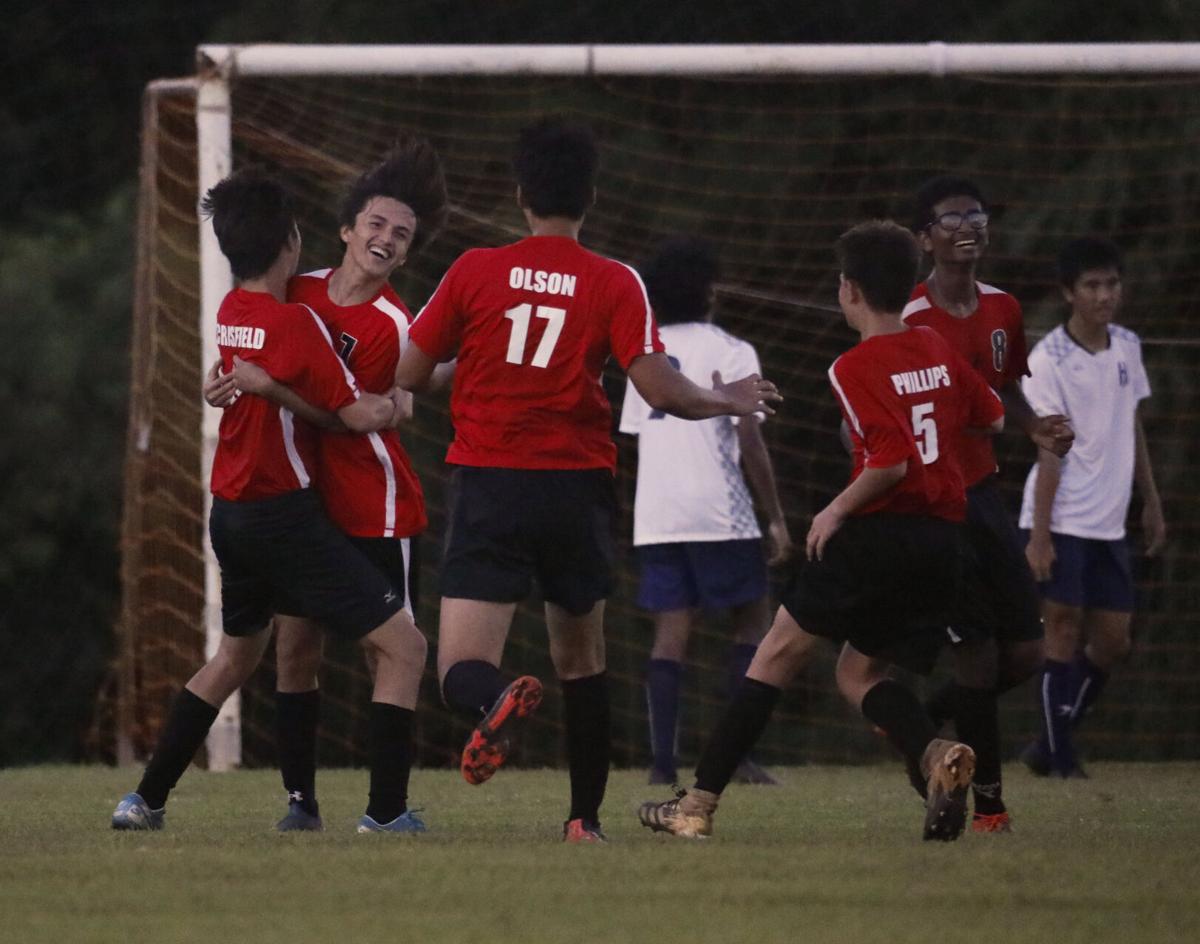 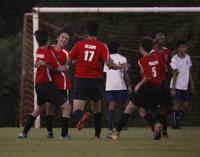 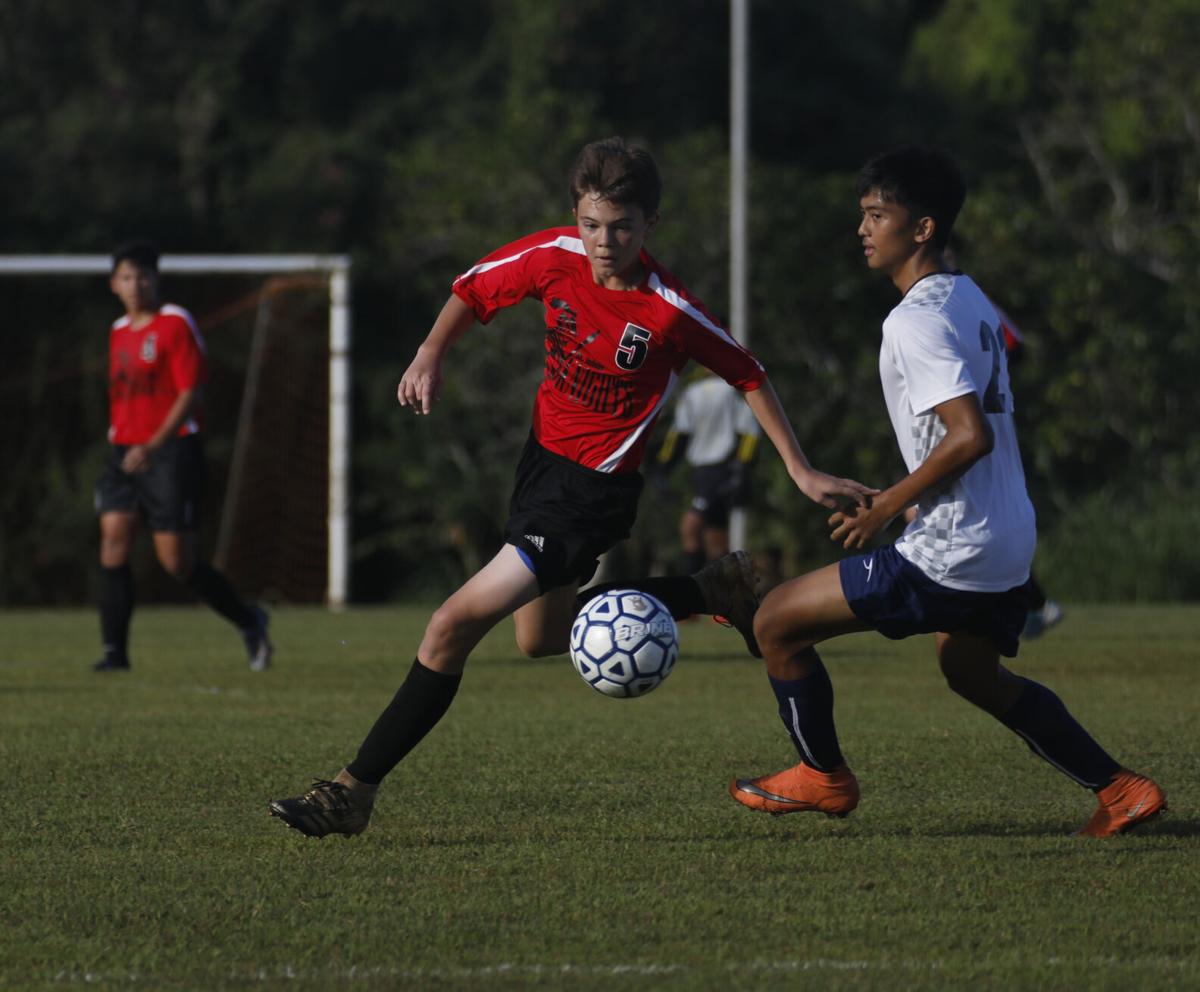 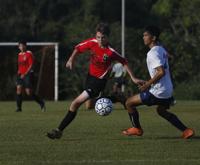 The Harvest Christian Academy Eagles boys soccer team had more shots on goal and more corner kicks, and controlled the ball much longer than the visiting Saint John’s School Knights, but that didn’t stop the Knights' 17-year-old Andrew Stenson from scoring the game-winning goal.

The Knights, in the second game of the season, on the Eagles home pitch, defeated Harvest 1-0.

With less than three minutes left in regulation and daylight quickly vanishing, Stenson beat a defender to the ball and rifled a shot to the lower right corner past diving Eagles goalkeeper Josiah Jones.

“Last minutes of the game, 0-0, game-winner, it’s what every attacker or any soccer player dreams of,” Stenson said. “In this beginning, it was kind of obvious we weren’t playing that good. We weren’t playing our game, but we never gave up.”

When Stenson scored the goal, Miles Ganeb, the Knights goalkeeper, breathed a sigh of relief.

“The pressure of the whole game just came off,” he said. “I could just feel the aura of our whole team change. We really needed that breakthrough to win the game.”

Within the last five minutes of regulation, the Eagles had three scoring chances denied. With time winding down, Eagles left-winger Christian Shinohara drilled a corner kick to Matthew Hodgins who headed a shot just over the cross bar. Also, deep in the half, with the St. John’s box filled with players from both team, a highly lofted shot came soaring down between the Eagles’ Levi Buckwalter and Ganeb. As both players leaped for the ball, Ganeb beat out the taller Buckwalter.

“That one was really hectic because there is everyone in the box,” Ganeb said. “The ball is high in the air, Levi is taller than me, so I’ve really got to pray that I get the ball,” added Ganeb, who, after making the save, put his hands together and looked at the sky directly above.

“When things like that happen, you’ve just got to thank God,” said the 16-year-old junior.

With the loss, the Eagles drop to 1-1-0 and will play the Father Duenas Memorial School Friars at 4:30 p.m. Saturday, at Harvest Christian Academy.

“Last minutes of the game, 0-0, game-winner, it’s what every attacker or any soccer player dreams of.”