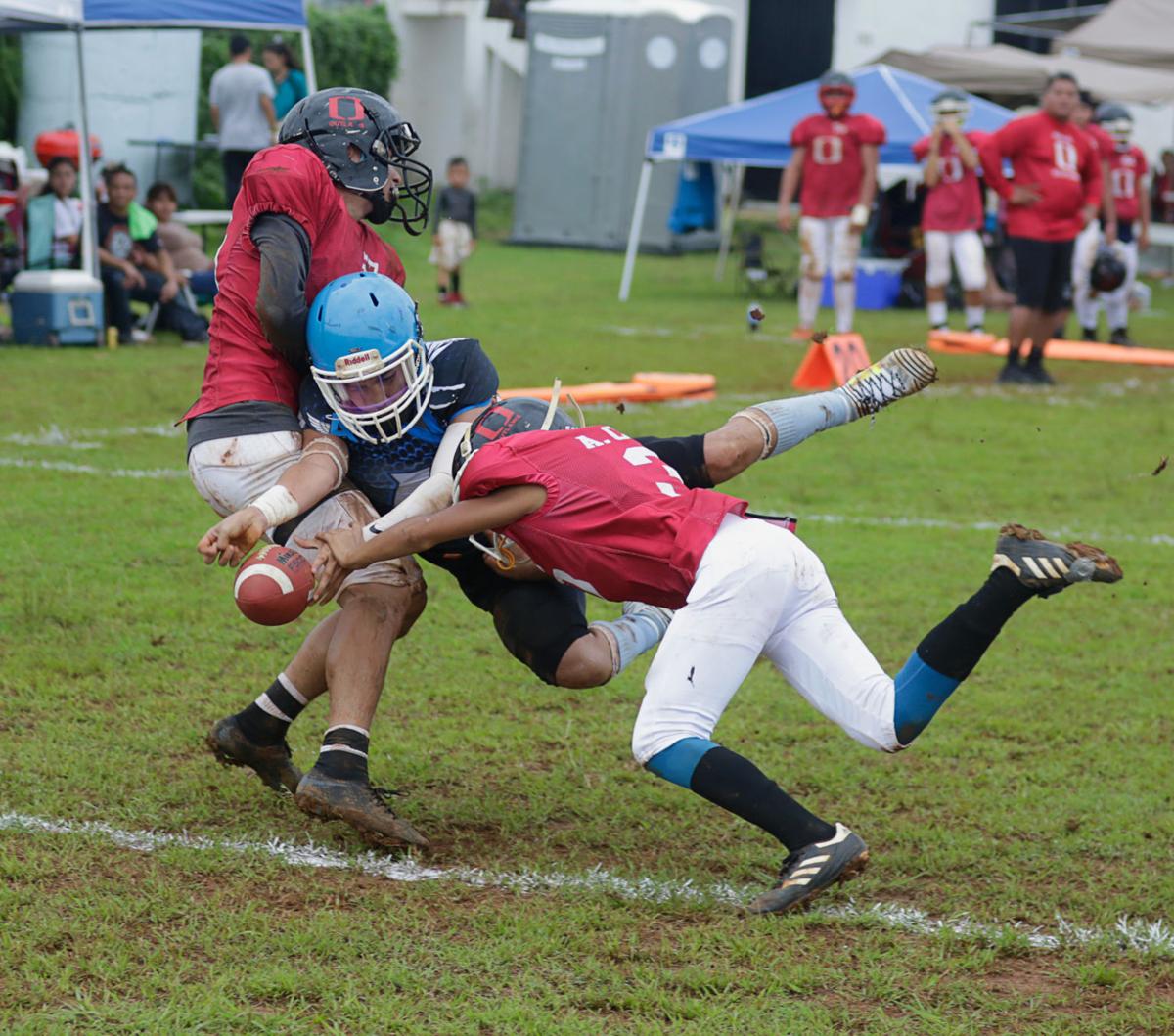 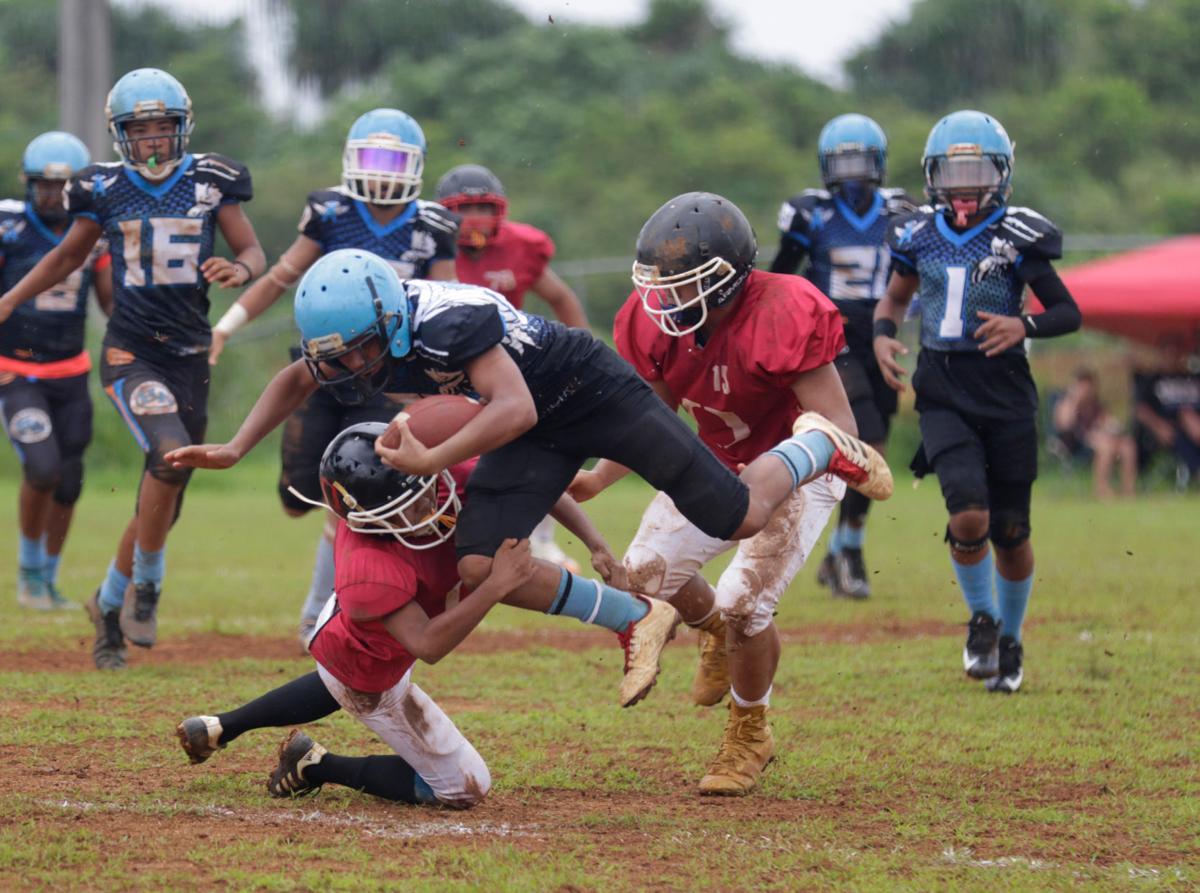 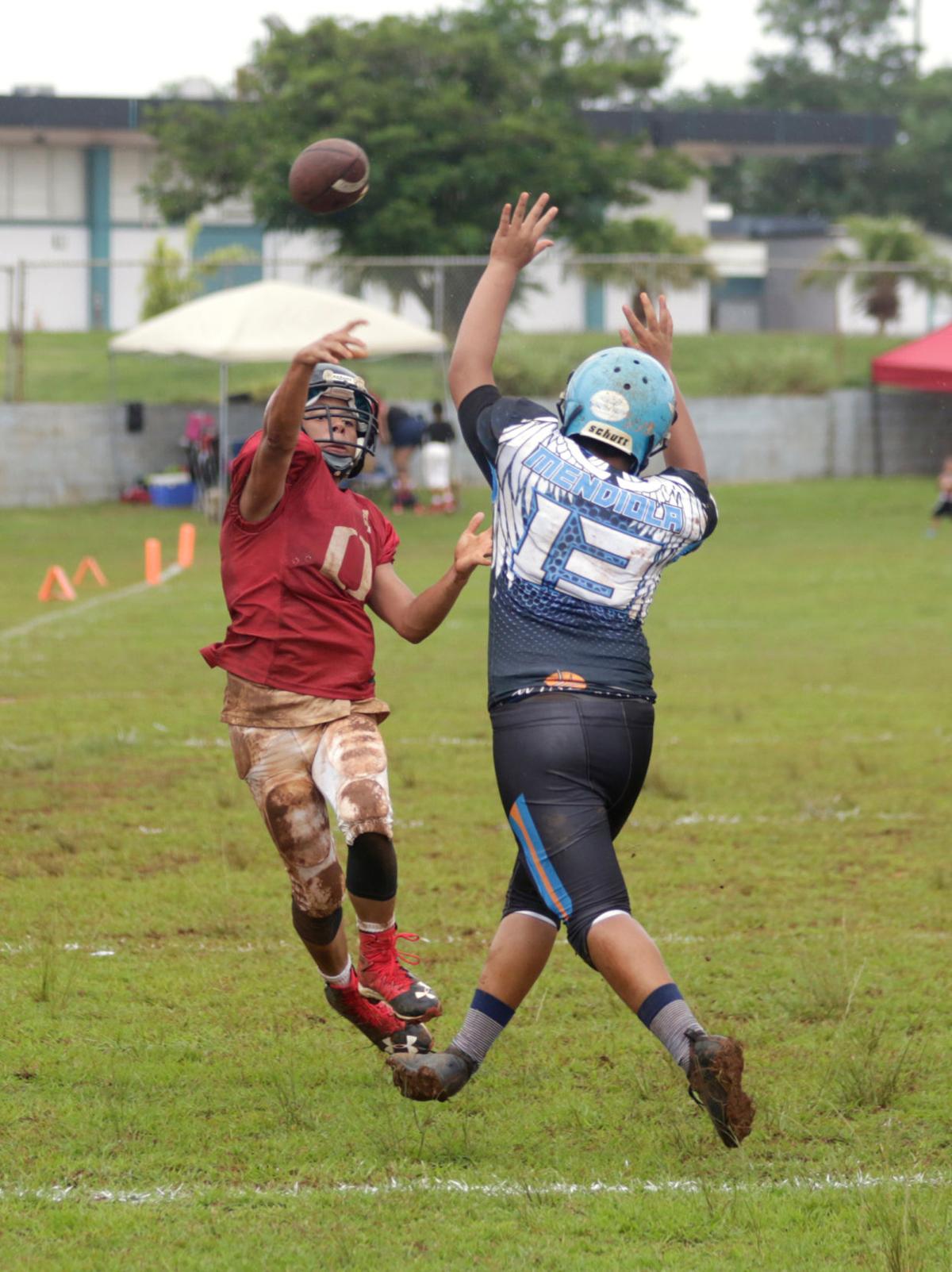 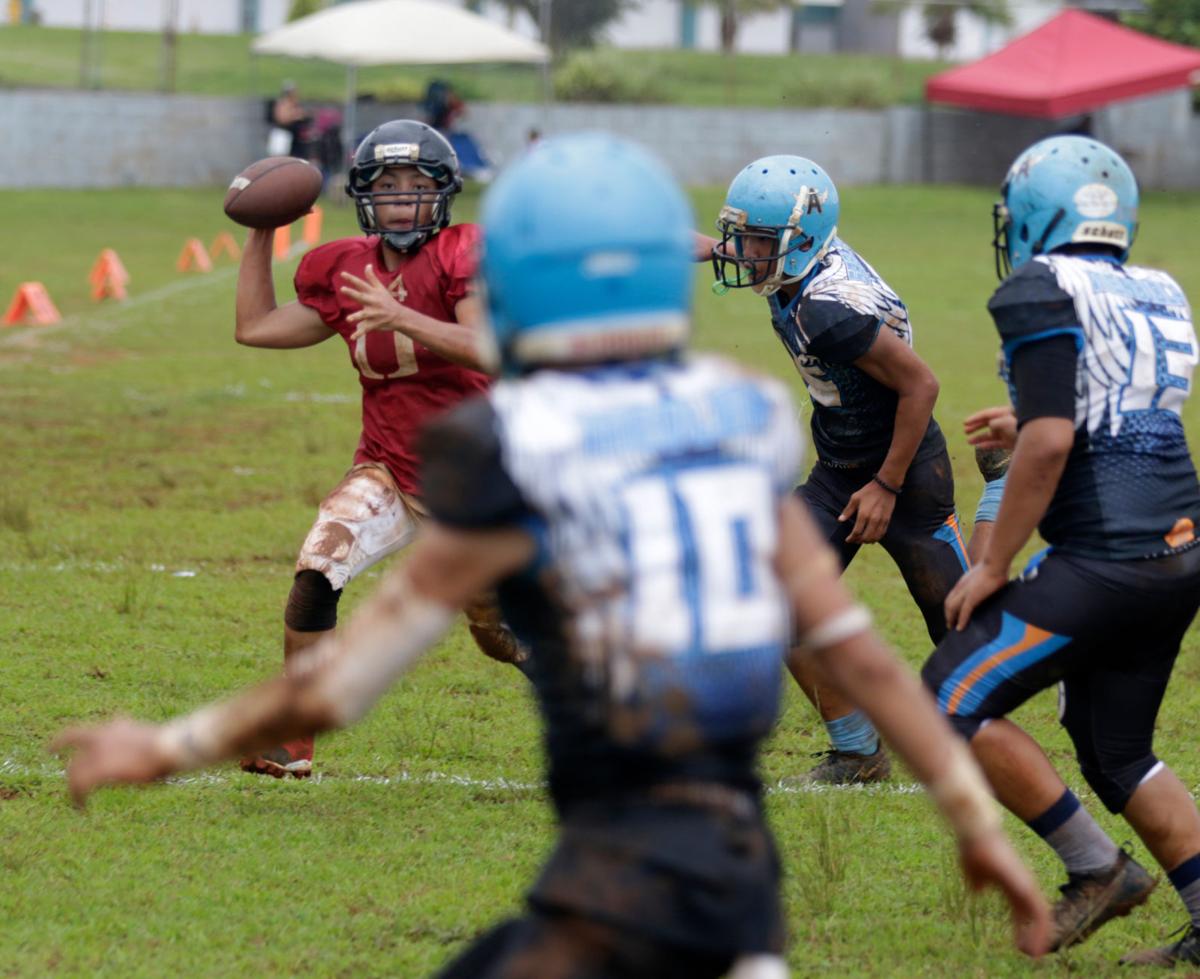 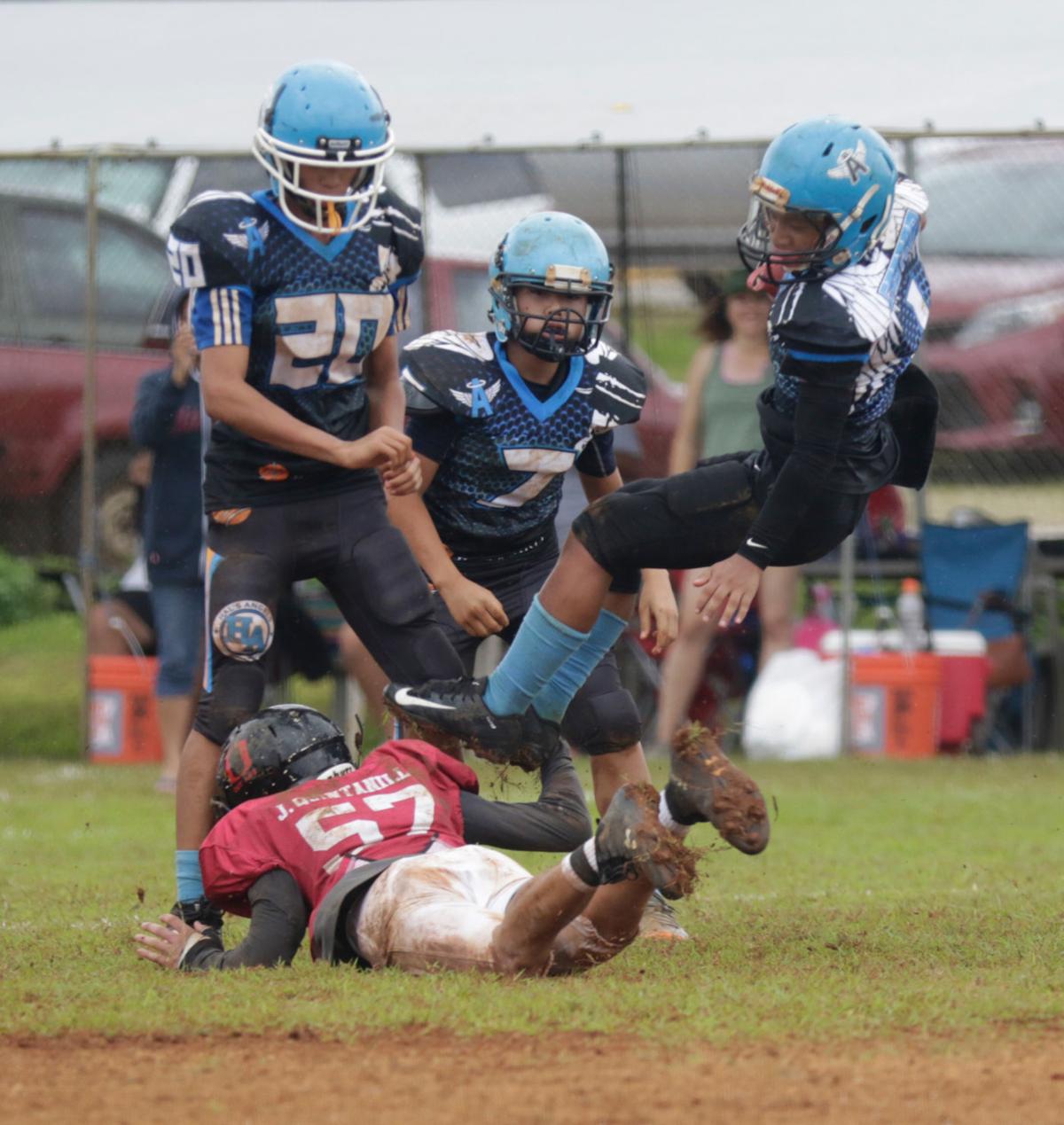 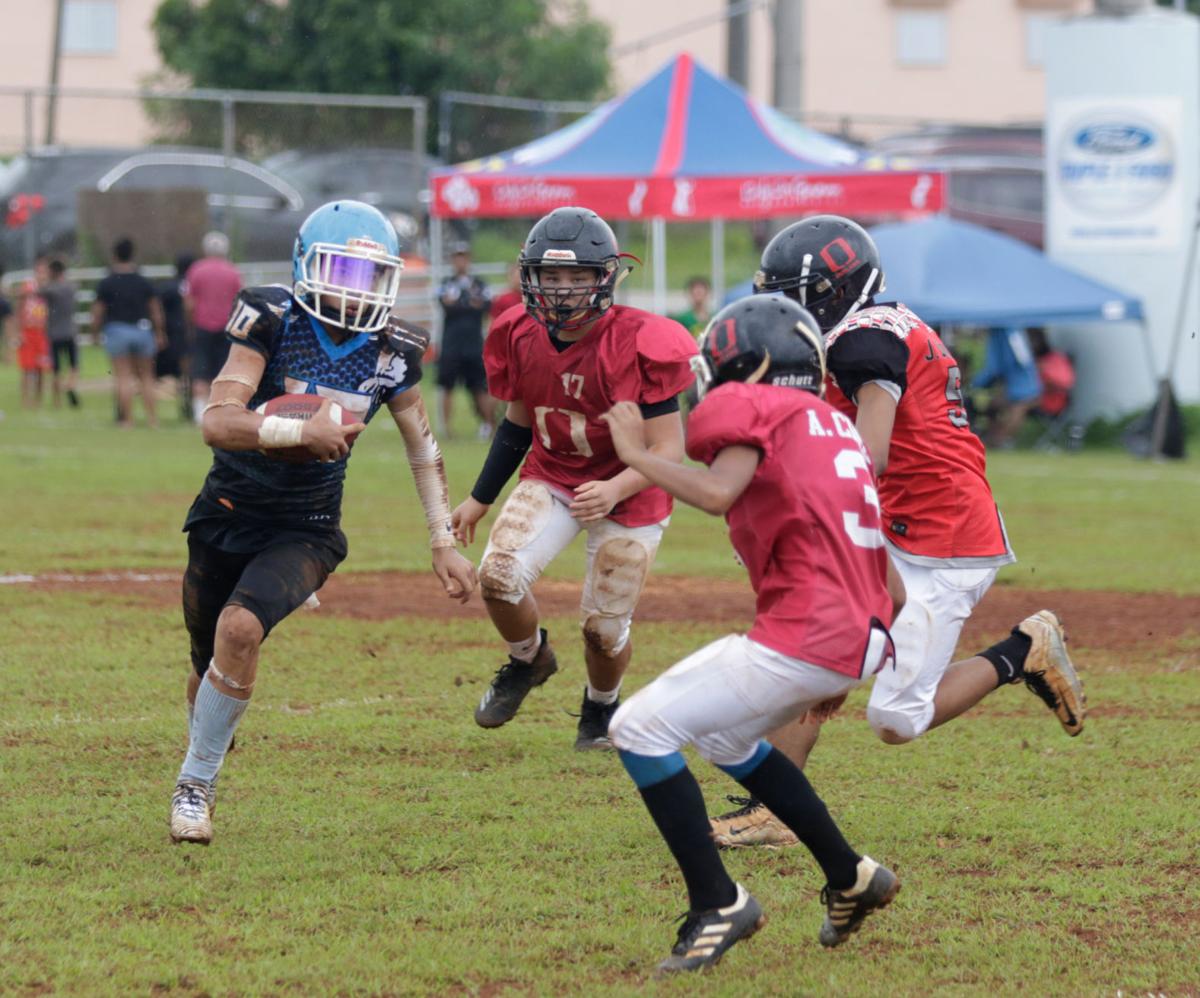 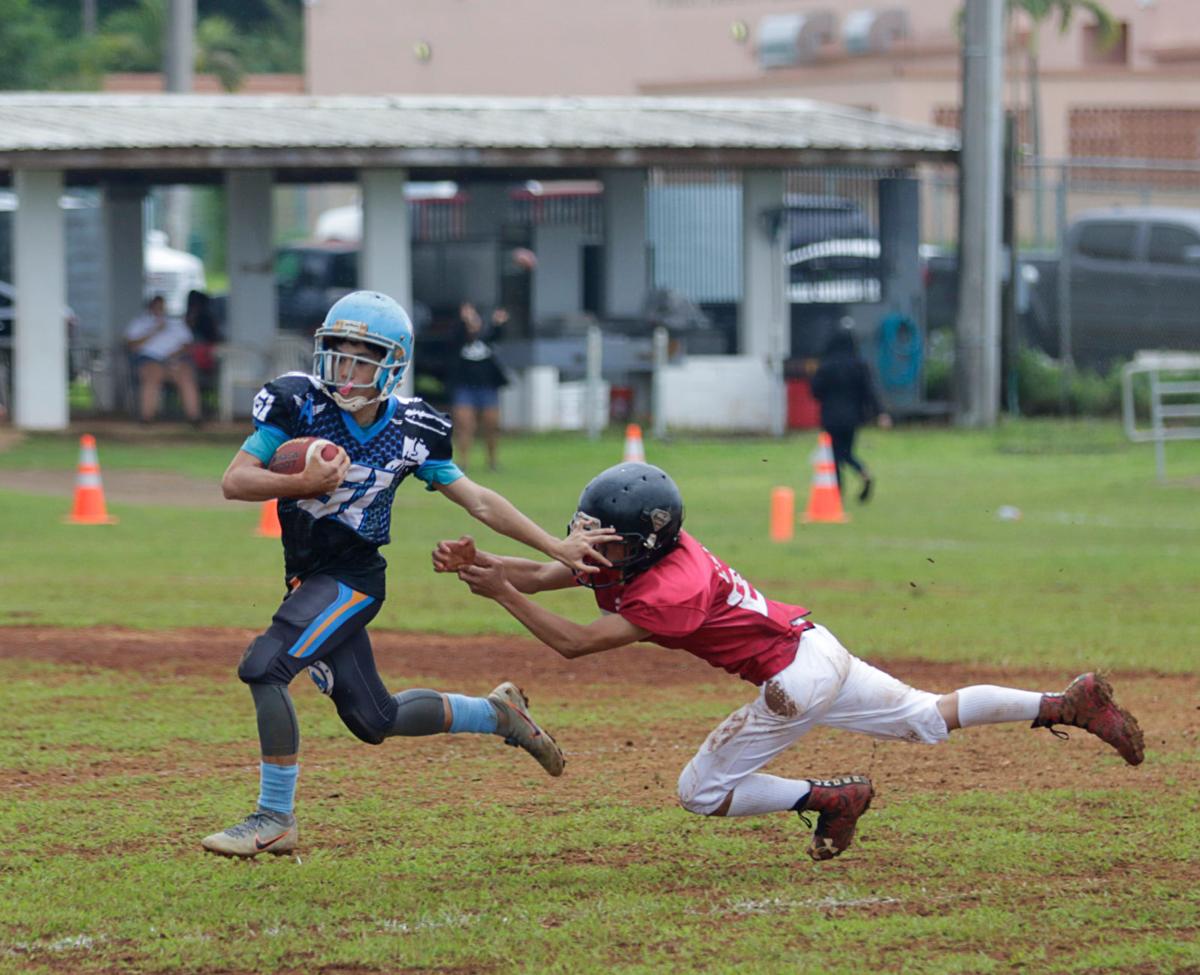 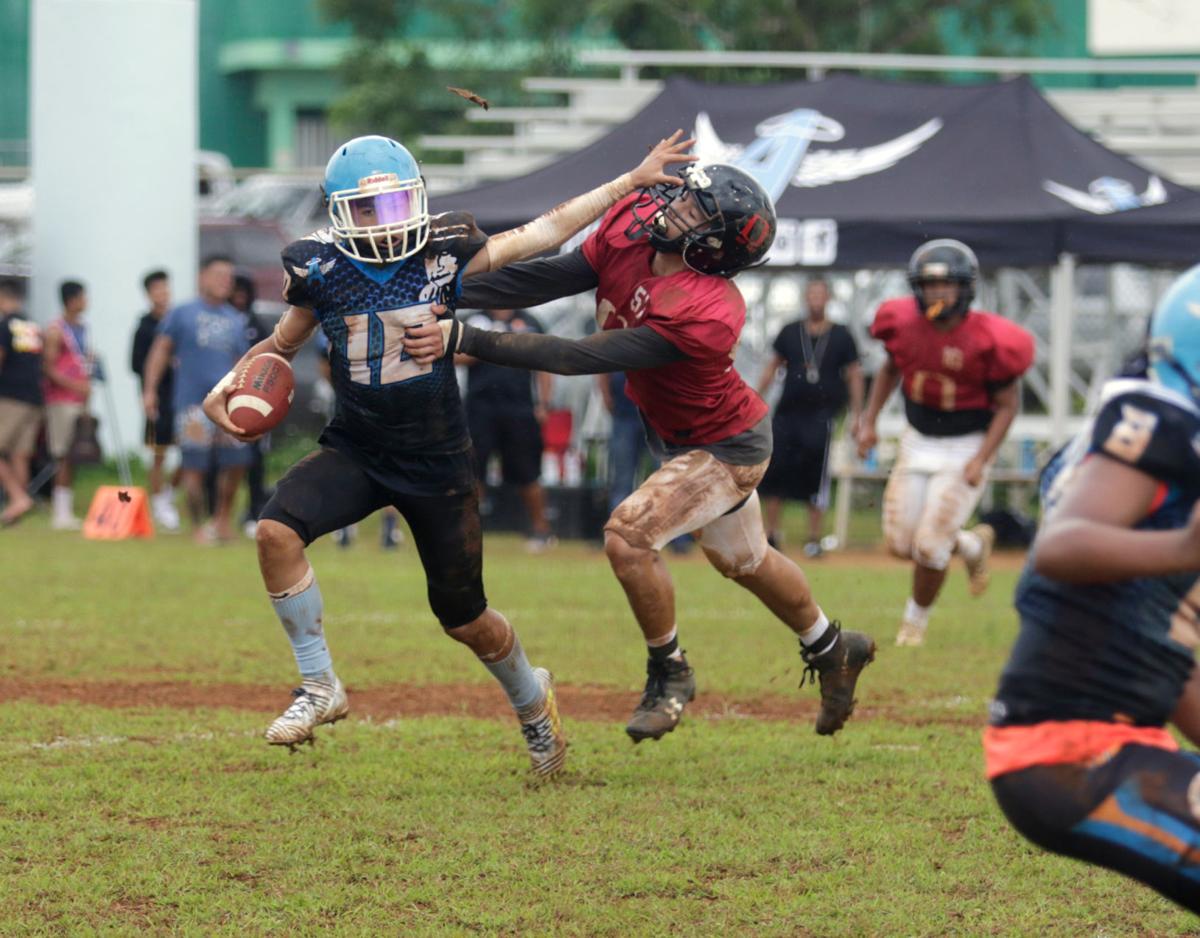 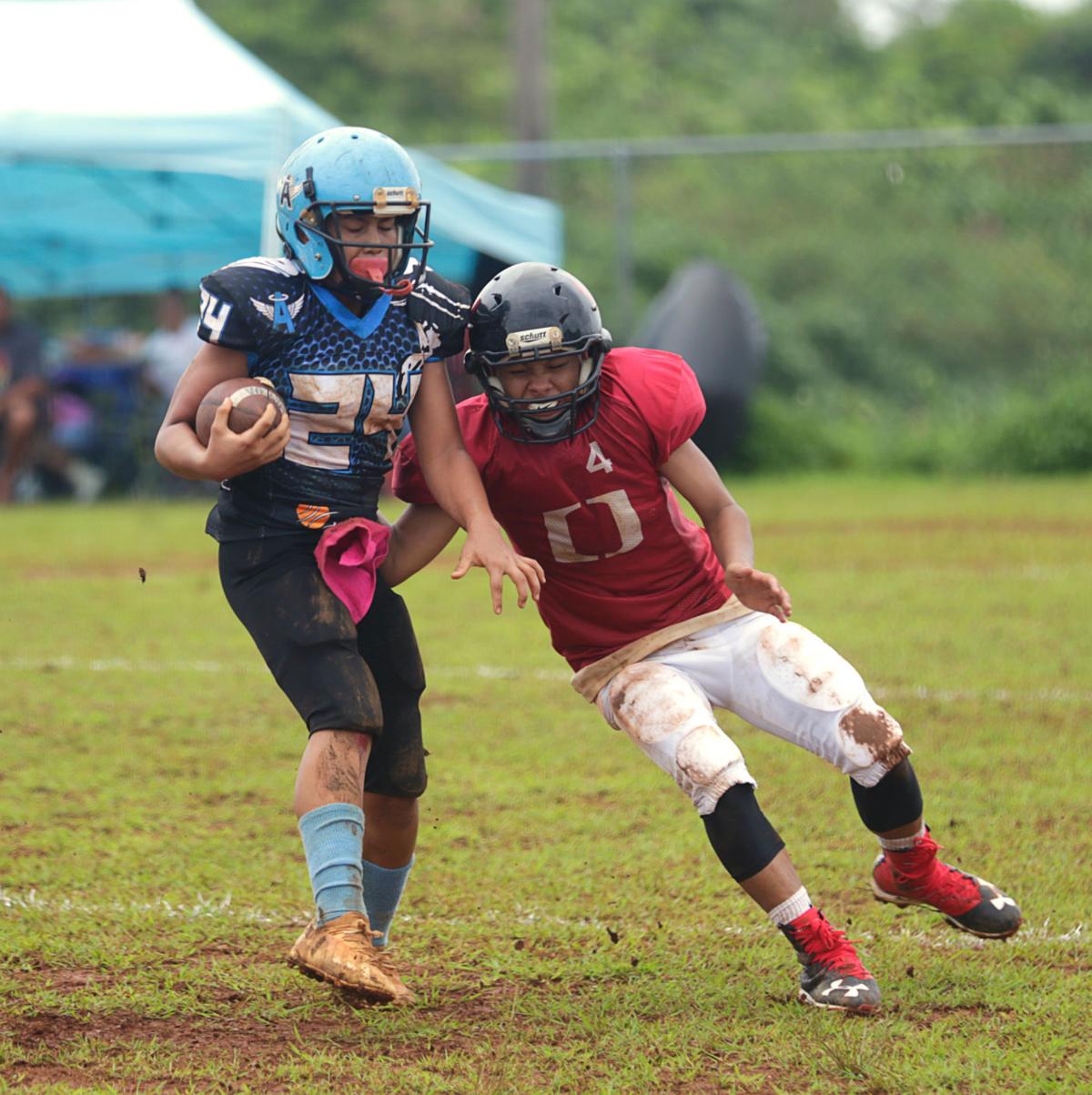 Noah Medler broke open a scoreless tie early in the second quarter with a 52-yard touchdown run. Medler, who had a lot of help from the offensive line, scored his second touchdown later in the quarter with a diving lunge through two defenders, exciting the home crowd at Hal Shiroma Football Field in Dededo.

“He is the leader on this team,” Sojo said. "He motivates us (and) helps us keep our heads up, and he tells us to never give up.”

“This is my 11th year playing for the Angels,” Medler said. “They are like family to me."

Angels quarterback Sojo, setting up Medler’s diving drive, stripped away the ball from an Outlaws ball carrier deep in enemy territory and advanced to the 27-yard line.

Christian Cruz, taking a Sojo handoff 21 yards, advanced to the Outlaws 4-yard line. From there, Medler followed the hole created by the O-line and scored.

Sojo said the Angels won because of strong teamwork and execution.

“We used all our hearts,” Sojo said.

Medler, with the 1-point conversion, increased the lead to 13-0.

The Outlaws trailed 19-0 at halftime, but never gave up.

Rallying behind Josiah Quintanilla’s leadership, the Outlaws held the Angels scoreless in the second half and found the end zone for the first time.

Late in the third quarter, Outlaws quarterback Rodney James Camacho ran the halfback option and threw to Zavier Camacho, who, with the Angels’ Josiah Mendiola’s tall frame closing in, completed to Quintanilla in the end zone.

Quintanilla said that in the second half, the Outlaws entered the field fired up.

“We used all our hearts.”