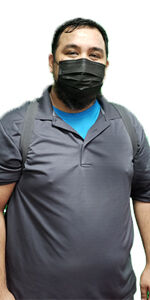 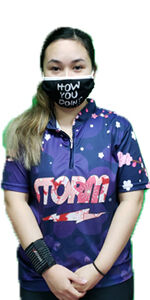 The island's top bowlers gathered for the King and Prince of the Lanes June finals Sunday at the Central Lanes Bowling Center Tamuning.

Greg Borja capped his final match for the King of the Lanes title, stringing together a five-bagger from sixth frame on to slip past fourth-seed Aaron Elliot for all the marbles. Elliot opened the finale with a turkey to take a 19-pin lead, but Borja honed his angle, hitting pocket to use light scramble strikes and eventually put the game out of reach.

In the semis, Borja, the top seed, eliminated fifth seed Charlie Catbagan 187-169, while Elliot took advantage of a normally steady RJ Santos for the 212-190 victory.

Borja led all bowlers through the day with an 875 series after rolling a 279 in the fourth game. Santos, Ricky Duenas, Elliot, Catbagan, Erik Day, Jay Leon Guerrero, Cesar Villanueva, Mark Manibusan and Manny Tagle rounded off the top ten who advanced to the elimination rounds.

Prince of the Lanes

Claricelle Lanuza is making a name for herself, claiming her second title of the year in Sunday's Prince of the lanes finale. She held on to overcome a surging Cameron Santos, who was on point to erase Lanuza’s 12-pin handicap and take the crown, but a stubborn pin 10 on the eleventh shot, purged his opportunity. In the end, a 3-6-10 conversion by top seed Lanuza along with a nine count in the fill frame allowed her to edge the second seed with a score of 226-222.

Lanuza also slipped past Dominic Uson in the semi-final match 229-218, while Santos beat out 4th seed Bal Perez. Lanuza led all bowlers in the qualifying round with a 825 total including handicap followed by Santos, Nick Gutierrez, Perez, Uson, Kioni Aflague, Corey Granillo, Philip Lopez, Aron Hernandez and Gomes Martinez who advanced to the elimination rounds.

The next tourneys will be held 1:30 p.m. July 11 at the Central Lanes Bowling Center in Tamuning.