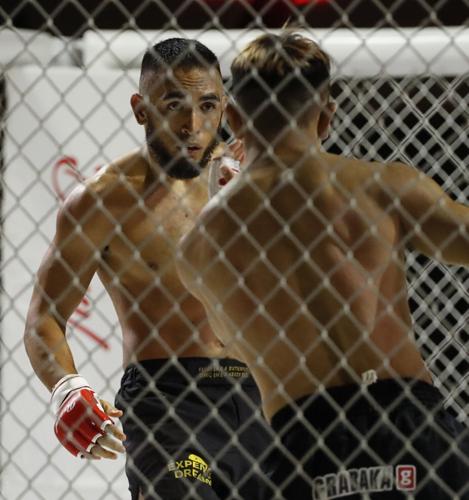 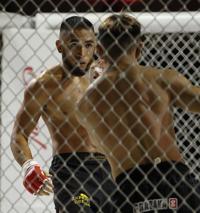 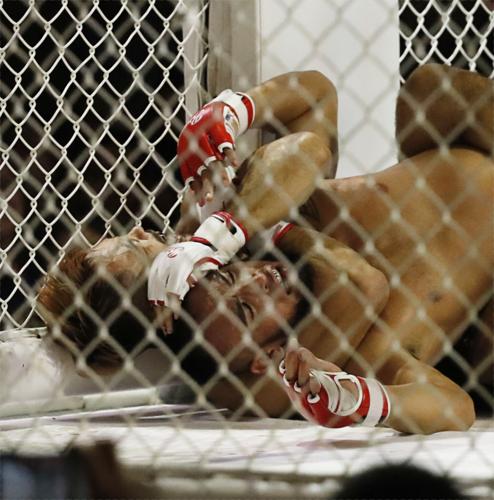 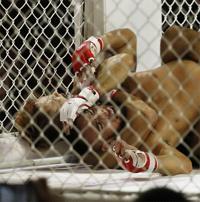 After an almost three-year hiatus, local MMA fans were treated to a good night of fights and positive energy as Brawl II took over the Dusit Thani Guam Resort Friday. An unfortunate injury to Joseph “Seay Seay” Camacho led to some shuffling of opponents but everyone came out of the action no worse for wear.

In a highly anticipated fight, local boy Micah Lopez made his MMA debut against Rae Run Lee of South Korea. Both fighters came out firing right from the jump, with a quick exchange and Lee catching Lopez with a nice low leg kick.

Lopez quickly closed the distance after the exchange and got Lee in a body lock, taking him to the ground quickly. Lee was quick to get Lopez in his guard and immediately tried to attack from the bottom, searching for an arm bar or a triangle. Lee did well to force Lopez to defend from top position, eventually sweeping Lopez and gaining the top position. After a bit of a scramble, Lee managed to work to side control and then to mount.

As he searched for an arm bar, he lost position and Lopez was able to sweep Lee, ending up in his guard once again. Lopez looked to stay active with short shots but Lee did well to avoid any real damage and eventually worked his way back to his feet after almost securing another arm bar.

Both fighters stayed active as the round came to an end, exchanging punches and kicks before Lopez, again, closed the distance and ended the round with a takedown just before the bell sounded.

The second round started just as the first, with both fighters exchanging shots on their feet. As Lee looked to get the better of the exchange, Lopez, again, closed the distance, looking to get the takedown.

Lee, realizing the threat from Lopez, quickly got control of Lopez’s head and threw a number of knees before one caught Lopez flush, dropping him to the canvas and bringing an end to the fight by knockout.

One of the other highly anticipated matchups saw Saipan’s very own Kelvin “The Big Hit” Fitial taking on Ben Schneider, representing Wales. The Big Hit did not take long to make his presence felt, using his superior striking skills to literally corner Schneider within the first minute of the fight before finishing him off with a number of unanswered punches for the TKO victory.

Both fighters looked to feel each other out in the early going before Maeda closed the distance and looked to get the takedown. Maeda finally got Crisostomo to the ground but couldn’t keep him down as Crisostomo quickly worked back up to his feet and got the separation.

The fighters exchanged punches and kicks briefly before Maeda, again, closed the distance and worked to his back before taking Crisostomo back down with a suplex. Crisostomo worked right back up to his feet and was able to create separation and escape.

It was Crisostomo’s turn to go on the attack as a brief exchange had Maeda scrambling and Crisostomo followed and worked a nice takedown of his own. Crisostomo worked to the back of Maeda and after a bit of a stalemate, got another takedown but again Maeda was quick to get back to his feet.

Both players worked for superior position and as Crisostomo looked for another single-leg takedown, Maeda utilized a darce choke to get Crisostomo down before working to mount position. As Crisostomo defended the attack from Maeda, a scramble ensued and both fighters were back on their feet.

Maeda then used a hip toss to take Crisostomo down, ending up in side control. As Crisostomo scrambled again, looking to escape, Maeda was able to take his back and worked in a rear naked choke. Crisostomo fought the choke but with one of his hands trapped by Maeda’s leg, it was just a matter of time before the tap came.

The crowd, while disappointed Crisostomo lost, cheered loudly in appreciation of the efforts of both fighters.

In the other co-main event, Guam’s Roque Martinez took on Japan’s Yuichi Yokoyama. Martinez’s pedigree showed early as his punching power and accuracy quickly put Yokoyama on the back foot.

As Yokoyama searched for some way to gain a foothold in the fight, Martinez’s pressure was too much and after a couple of knockdowns from Martinez, he followed it up with a rear naked choke of his own causing Yokoyama to tap out.