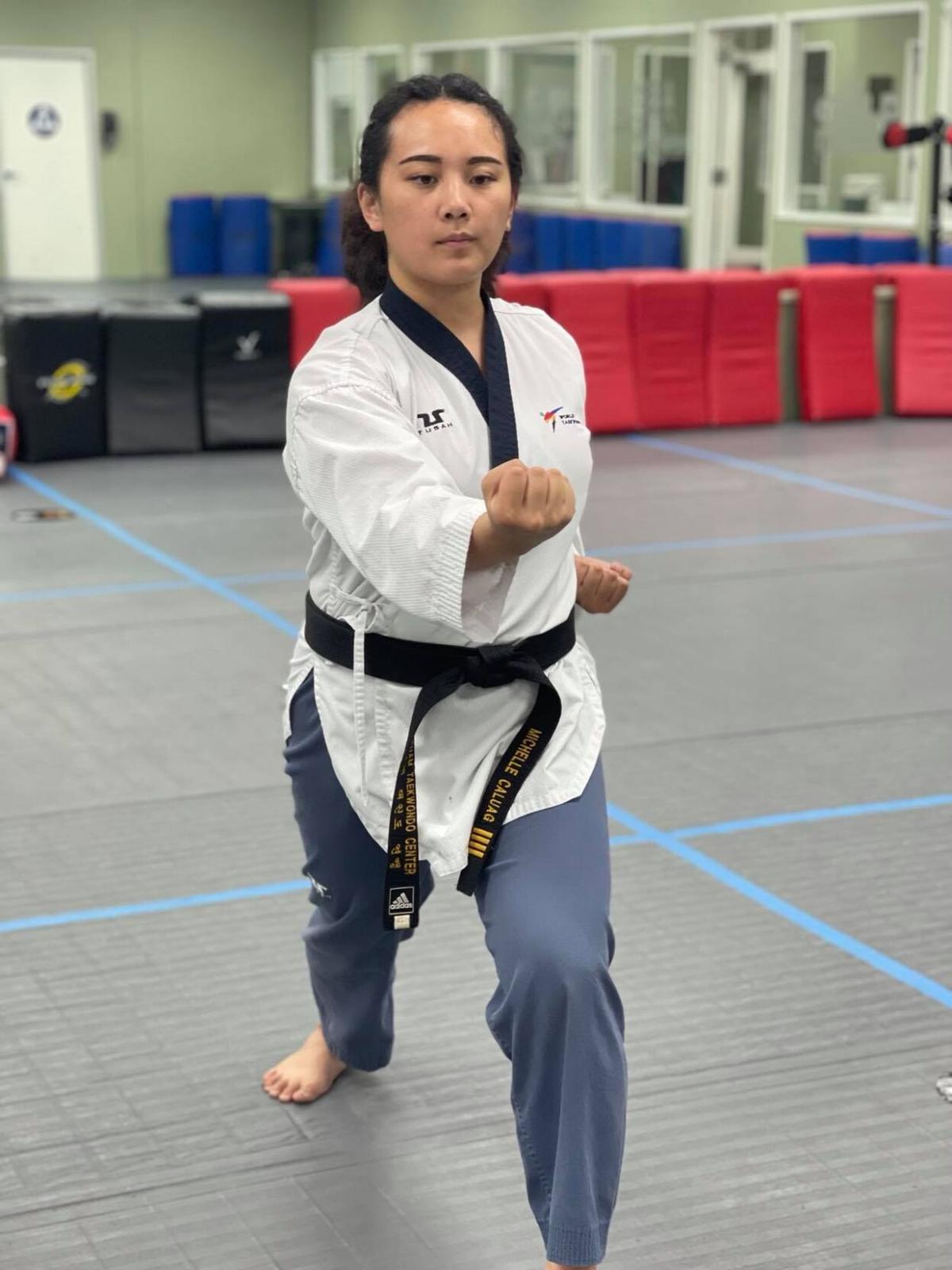 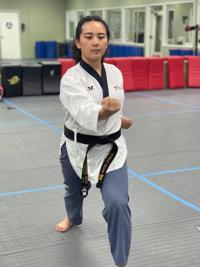 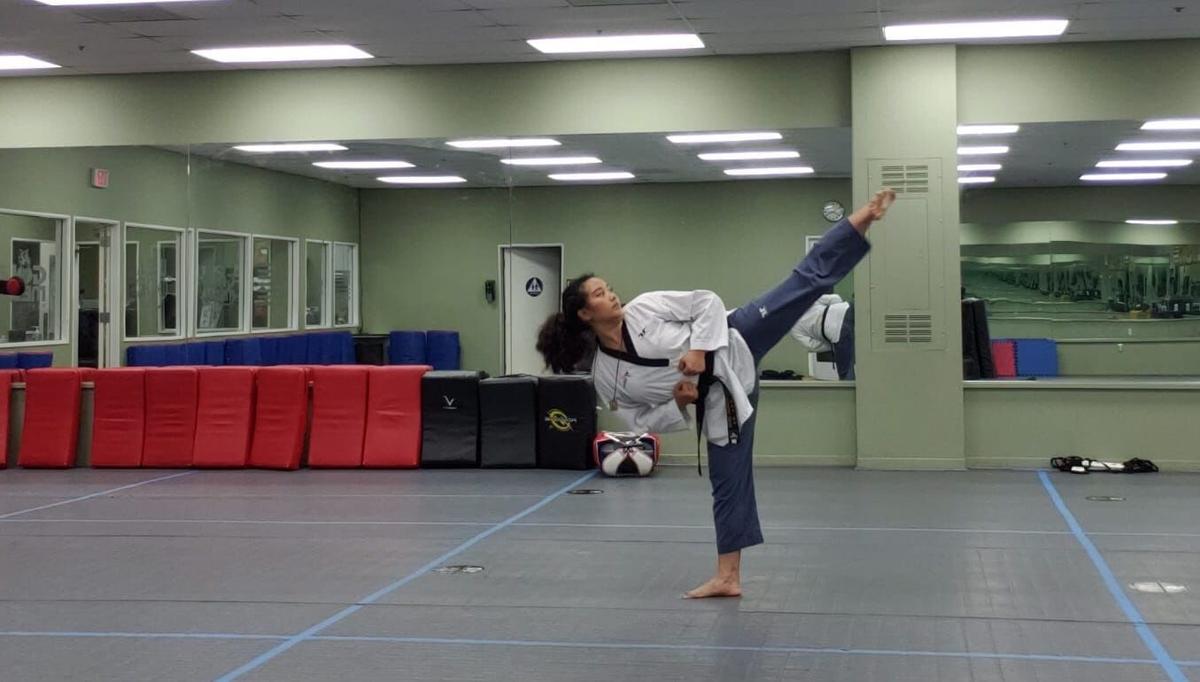 From training days to competition day, the 2021 Oceania Taekwondo Open Online Poomsae and Flying Side Kick Championships was very much a team endeavor for the Guam Taekwondo Center athletes, said Michelle Caluag.

The team took home an impressive 11 medals in the online tournament. Ahead of the event, the group trained together online and in person, acted as each others’ eyes and allies during practices, and even had a virtual watch party on game day to witness the results together as a team.

This was a video submission tournament so participating teams submitted recordings of their respective Poomsae forms and flying side kicks.

The Guam athletes were up against powerhouse taekwondo athletes from New Zealand and Australia and wanted to put their best foot forward. The 28-year-old Caluag said well-known taekwondo athletes competed in this tournament, including some who she considers role models.

Guam Taekwondo Center’s team trained where they could, logged hours of practice and recorded multiple takes.

“Our team met at Ypao Beach and at our Dededo practice area and spent days training and recording for the best possible take of our Poomsae forms,” Michelle Caluag said.

In addition to practicing outdoors, they also trained online together.

“We were barefoot outside or practicing in our living rooms,” Michelle Caluag recalled.

Practicing online and outdoors meant the team didn’t have the mirrors and mats of their training hall, or dojang.

“We had to rely on the eyes and feedback of our teammates to help,” Michelle Caluag said.

Michelle Caluag explained in the Poomsae event, the athletes start with a score out of 10.

“It's so different from sparring. In sparring, you both start at 0, and fight your way to earn more points. In Poomsae, you start with a score of 10 and you get deductions for every wrong turn, every imprecise angle, and the execution of every move,” she said. “It’s really challenging to be detail-oriented for both upper and lower body and to train that way.”

In addition to their teammates’ feedback, the group leveraged Caluag’s knowledge as a certified International Poomsae referee to get a competitive edge.

“The acquired knowledge that I shared with our team helped us train really well,” Michelle Caluag said. “I had to bring our team up to speed to the latest World Taekwondo international rules during our training to make sure we'd have good scores.”

Their precision, focus and unity worked in their favor, with all 11 Guam Taekwondo Competitors medaling. Chief instructor Master Noly Caluag encouraged the group to do their best, regardless of the result and to set their own personal goals, Michelle Caluag said.

To compete against other athletes in Oceania was empowering and the tournament was exciting, she added.

“I think the spirit of competition and being united as a team really helped. We all were willing to stay for late practices, help each other give feedback, and record endless amounts of takes for the perfect performance video. Even when it rained or when practice was really late, we were all motivated to push through it together,” Michelle Caluag said.

"Even when it rained or when practice was really late, we were all motivated to push through it together.”