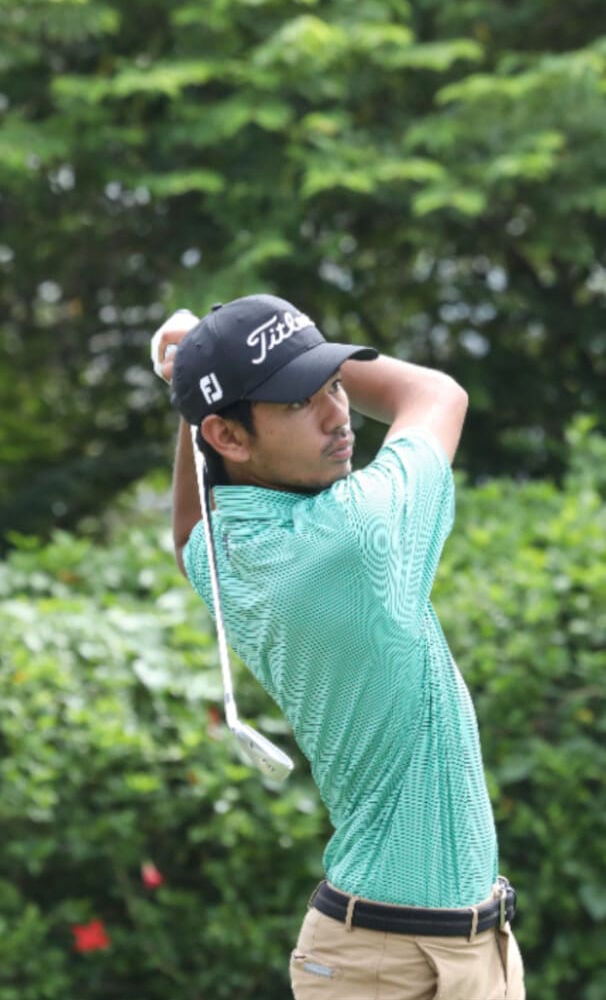 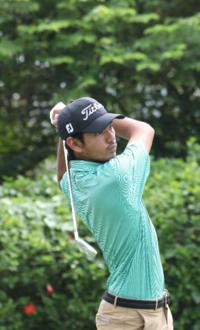 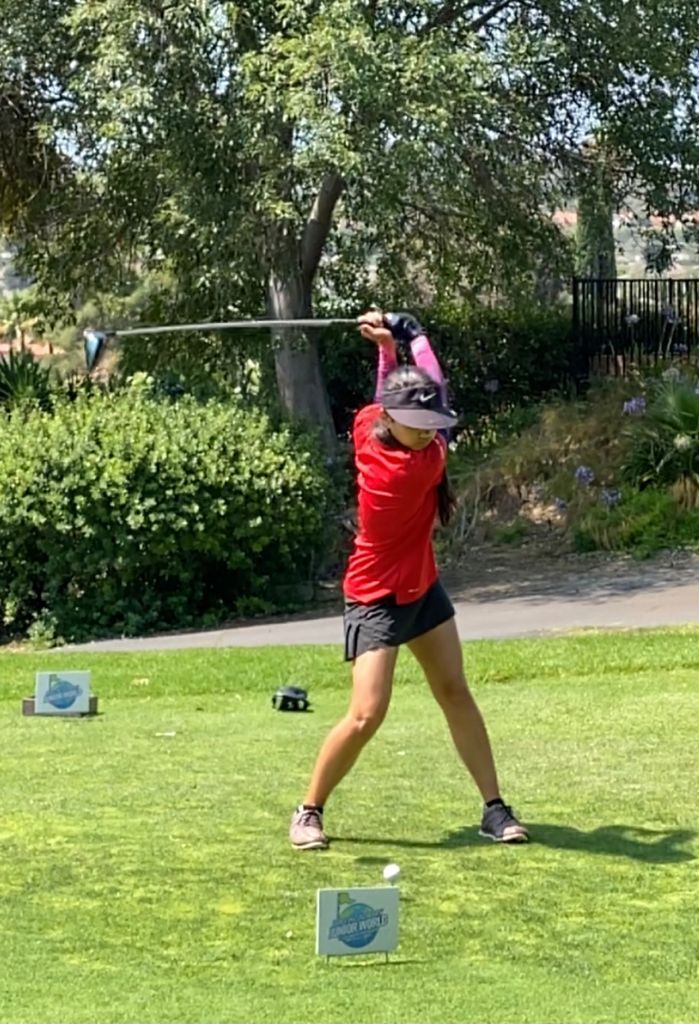 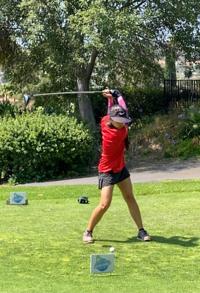 PHENOMENAL RUN: Tyanna Jacot posted a 218 total over the three-day ranking tournament to qualify for the World Amateur Golf Ranking –making her possibly the youngest player from Guam to do so. Photo courtesy of Grace Jacot

Heading into the final hole of the last weekend’s World Amateur Golf Ranking tournament, Redge Camacho and Louie Sunga were locked in a tie. With steady play and determination, Sunga had chipped away at Camacho’s four-stroke lead, forcing him to birdie the 18th hole or force a sudden death playoff.

Camacho, on Hole No. 18, a par-five, hit one of his best drives and placed himself in great position to conquer the par-five beast. Heading into the hole, Camacho was nervous, but handled it like a pro and walked away with the championship.

"I tried to keep calm, but it was tough," Camacho said. "It took a lot of pressure off knowing I could two-putt for birdie."

"The win feels great," Camacho said. "To go head to head with Louie Sunga and get him by one was nice. He has a reputation for being the best on the island, so it was nice."

The tournament, which took place from Oct. 9 to 11, was played on three separate courses: Guam International Country Club, Country Club of the Pacific and Onward Talofofo Golf Club, respectively.

For Camacho, the win is a confidence booster as he and Ivan Sablan will be playing in the Asia-Pacific Amateur Championship from Nov. 3-6 in Dubai.

“Jacot played three very steady and impressive rounds of golf, which included 11 birdies and an eagle,” the Guam National Golf Federation stated in a news release. “As the top finisher for the tournament, Jacot will qualify for the World Amateur Golf Ranking, possibly the youngest player from Guam to ever to do so.”

All I really wanted to do was play well for my parents. On day two, I was happy to hear that I had a chance to qualify for the World Amateur Golf Ranking.

Jacot said her motivation was to play well for her parents.

"Fortunately, I scored low enough to beat the other players. My goal was to finish the tournament at even par," she said.

Hearing that she qualified for the World Amateur Golf Ranking was a definite bonus on top of her play at the tournament.

"I’d like to thank Sirena Cassidy and all the volunteers for coordinating the tournament on three different courses, it made it more challenging and exciting," she said.

Cassidy, GNGF National Golf Team director said that, in three years of hosting the event, this was the first time the tournament was held at three separate venues.

“This definitely made it more challenging for the players because each course has a different character and level of difficulty, requiring the players to adjust from one day to the next,” she added.

Each day, as players faced the challenges of adapting to a new course, wet conditions brought on by heavy rain tested the athletes’ focus even further. And with rising COVID-19 infections throughout the island, GNGF management worked diligently to ensure participants’ safety.

“With the rising COVID infections, GNGF’s focus for the event was to ensure we tightened our existing protocols to ensure the maximum level of safety for our players,” the GNGF stated in a news release. “For this reason, GNGF arranged for the American Medical Center team to conduct COVID testing before play. All players, tournament officials and volunteers were tested at the beginning of the first day of competition to ensure no one was positive.”

“We would like to thank the players for braving the elements and coming out to play in this event,” Cassidy said. “We also want to thank the AMC staff for their assistance in helping us to keep our event safe. Finally, we want to thank the volunteers and GNGF board members who helped with the tournament.”

"To go head to head with Louie Sunga and get him by one was nice." Redge Camacho, champion, World Amateur Golf Ranking tournament