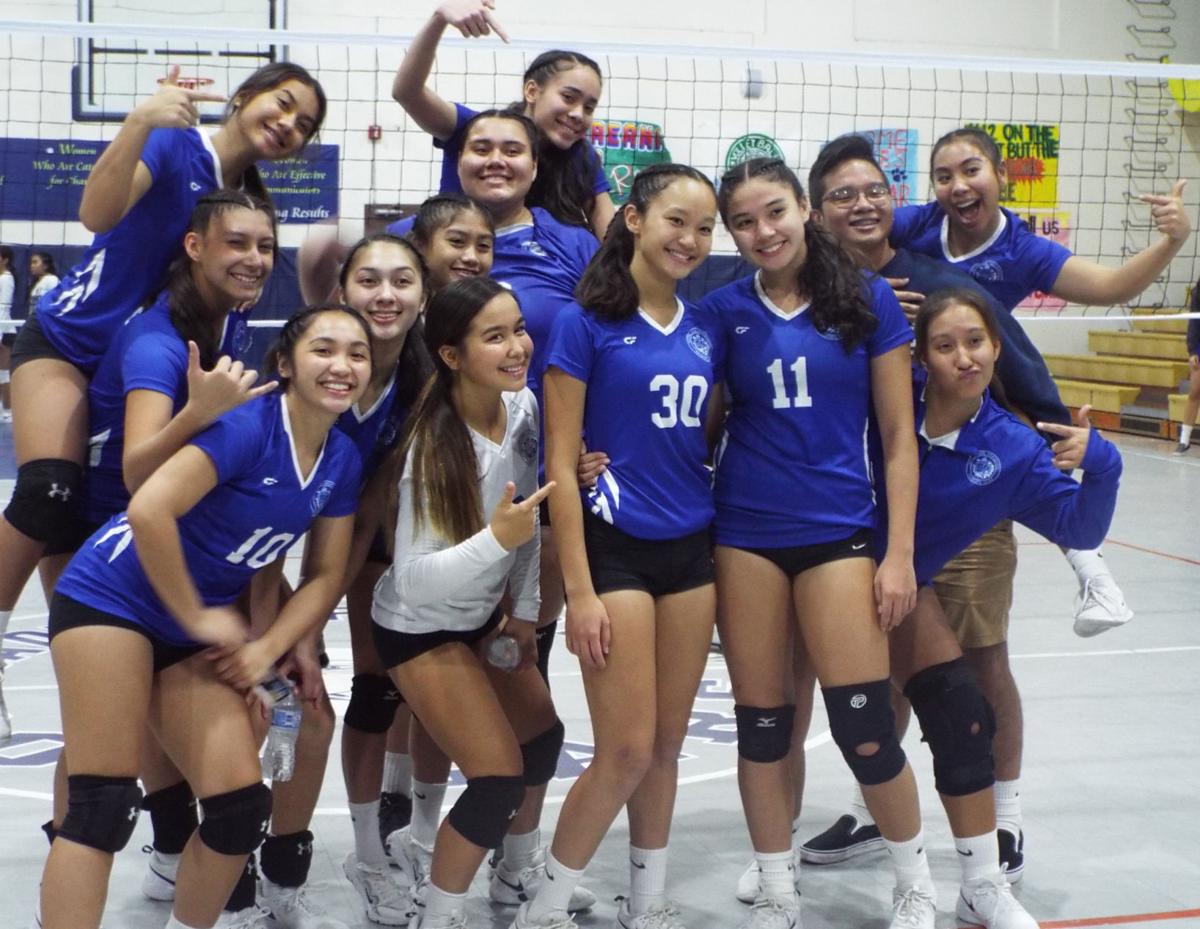 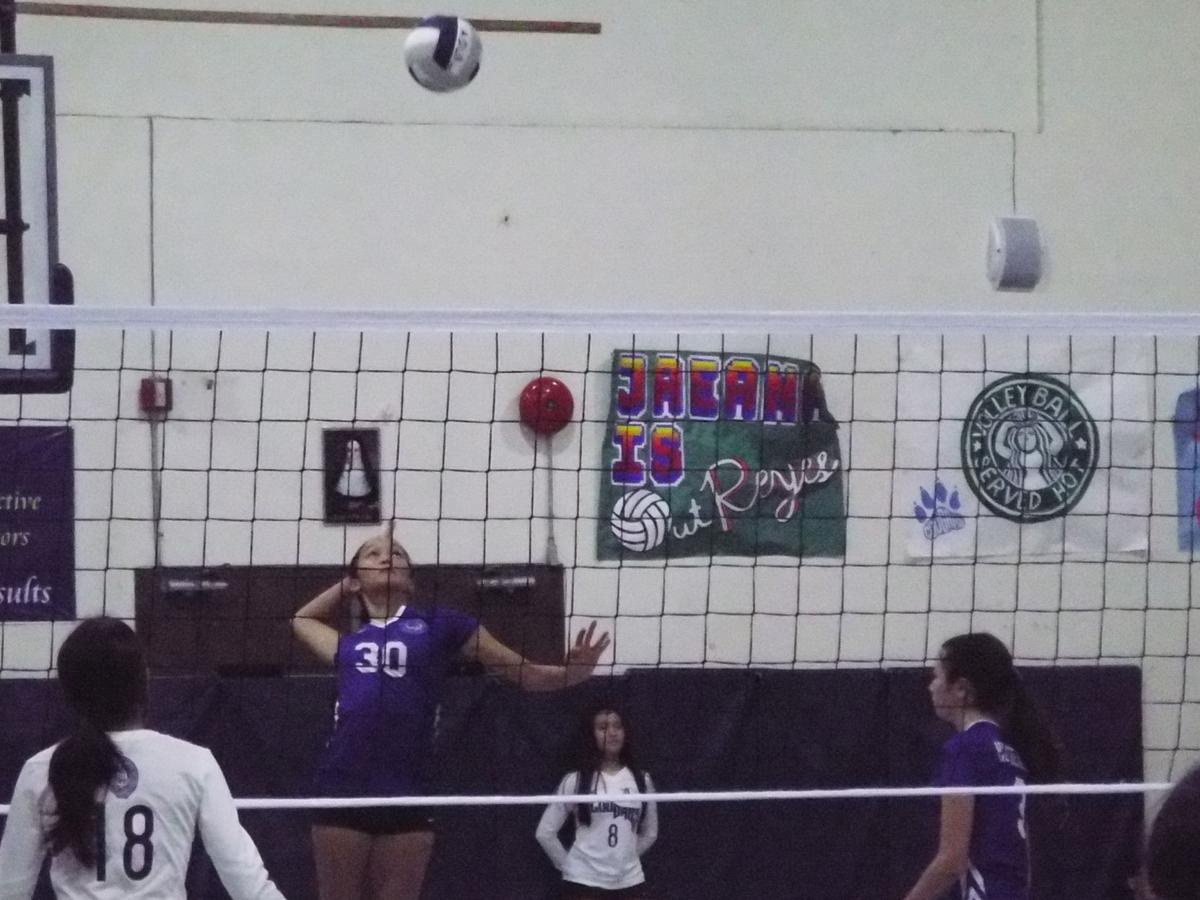 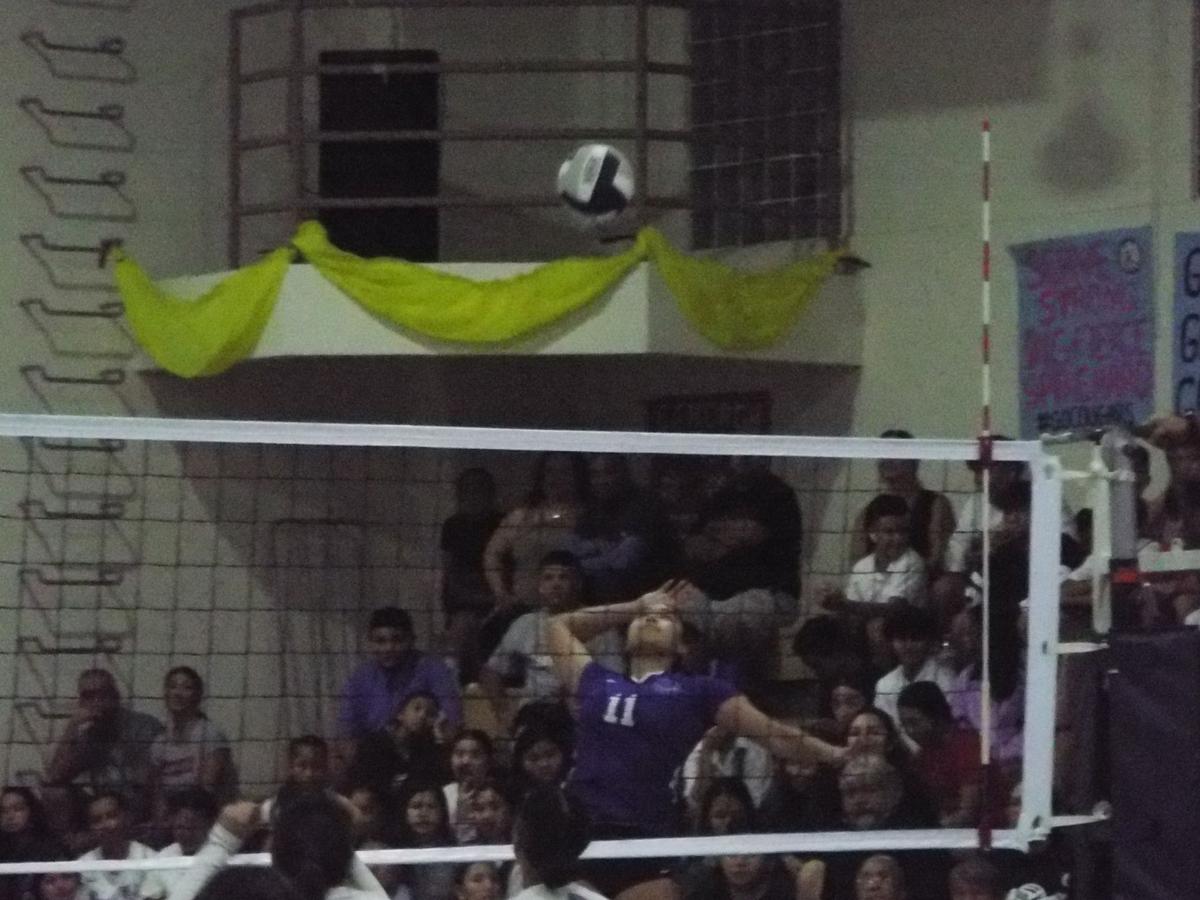 AUSTIA ATTACKS: The Royals' Austia Mendiola attempts a kill shot against the Academy of Our Lady of Guam Cougars on Tuesday. Justin Bennett/For The Guam Daily Post 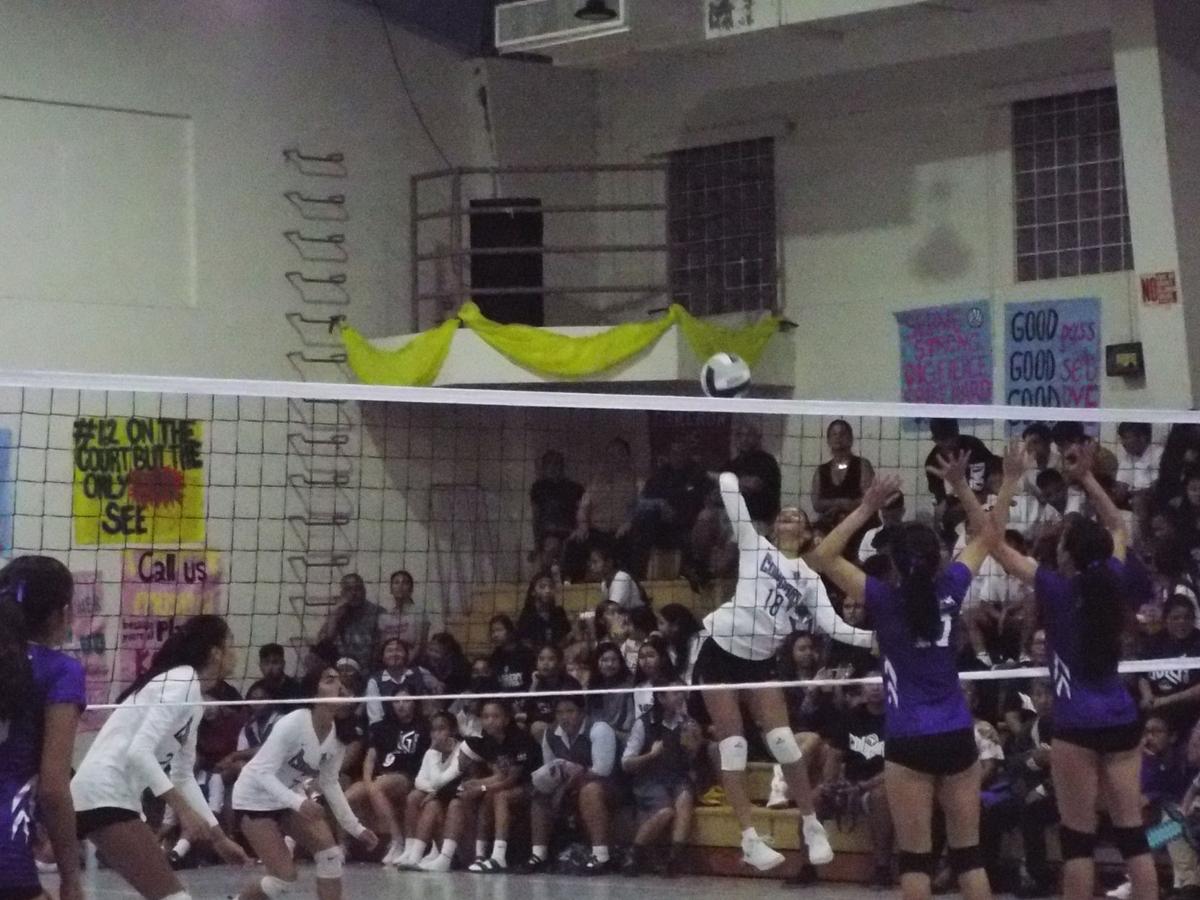 WINNER: Academy of Our Lady of Guam Cougars' Chloe Guerrero hits a winner during against the Royals. Justin Bennett/For The Guam Daily Post

AUSTIA ATTACKS: The Royals' Austia Mendiola attempts a kill shot against the Academy of Our Lady of Guam Cougars on Tuesday. Justin Bennett/For The Guam Daily Post

WINNER: Academy of Our Lady of Guam Cougars' Chloe Guerrero hits a winner during against the Royals. Justin Bennett/For The Guam Daily Post

There aren’t too many girls high school volleyball teams that can come back from a 2-1 deficit on the road, but the Notre Dame High School Royals aren’t just any team.

“It felt great,” said Minami Rabago, one of the Royals’ stars. “Our team proved our worth, and we were able to come back.”

After gutting out a nail-biting fourth set to force a decider, the Royals returned to the court ready to cage the Cougars.

For the second and third sets, the Royals’ Austia Mendiola hadn’t played to her usually high potential. But with their undefeated record about to get tarnished, in the fourth set, that all changed.

Mendiola rifled a shot through a pair of Cougars’ blockers to give the Royals the lead, 23-20.

Rabago, to force the fifth set, pounded a winner on set point.

In the fifth set, trailing 2-0, the Royals rallied with six unanswered points. Behind a huge middle block from Gia Camacho and an Academy error, the Royals edged closer to the finish, 11-6.

The Cougars were four points from losing the heartbreaker, but they didn’t quit. After a trio of Royals’ errors and a well-placed shot from Cougars’ Rebecca Salas, Academy pulled within one point, 11-10.

Again, Mendiola stepped up her game with a vicious kill shot and teammate Heaven Reyes nailed a serve on the back service line to stretch the lead, 13-10.

Salas answered by ripping a winner down the left, and teammate Cori-Nicole Paulino found space in the middle to pull back with one point, 13-12.

Rabago, leaving nothing to chance, smashed a kill on the left side to close out the match.

Rabago, going down the stretch, said that she adopted her coach's wisdom and cast off the middle-set lackluster performance, swung freely, trusted her shots, and let loose.

“It’s always a struggle every year we play here,” Mendiola said. “They are a great team, and their crowd goes all out.”

“We knew we had to keep the energy up and keep fighting,” she added. “Even though it was a win, we can learn from this and improve some mistakes, and get better.”

Despite the loss, Academy head coach Manny Guarin was encouraged that his team stayed competitive until the final point.

“We didn’t get the win, but it’s the middle of the season, and we are improving,” Guarin said. “So as long as we continue on this trajectory, we will be in good shape for playoffs.”