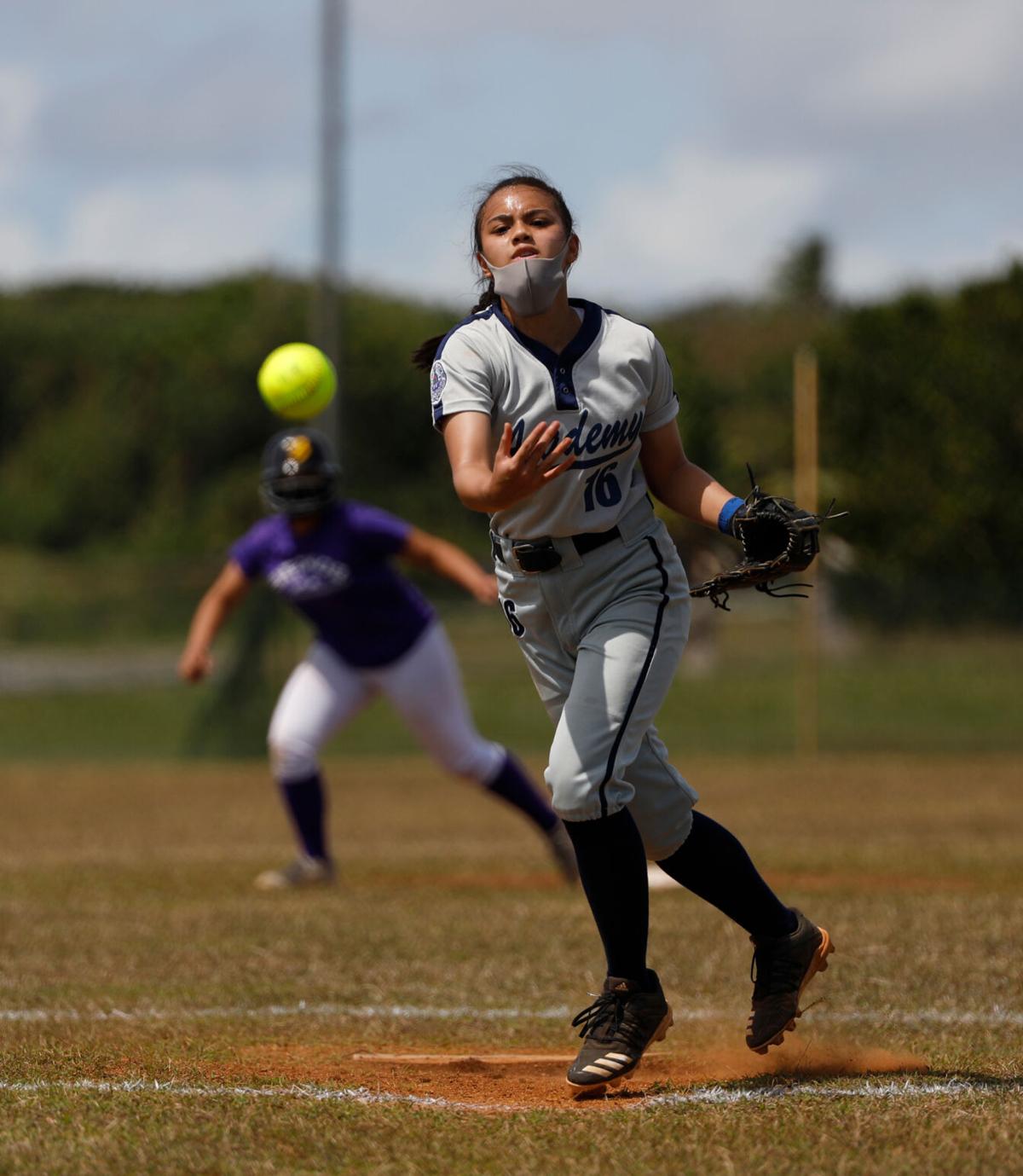 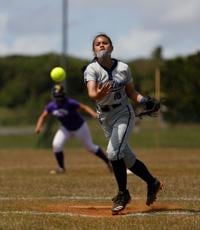 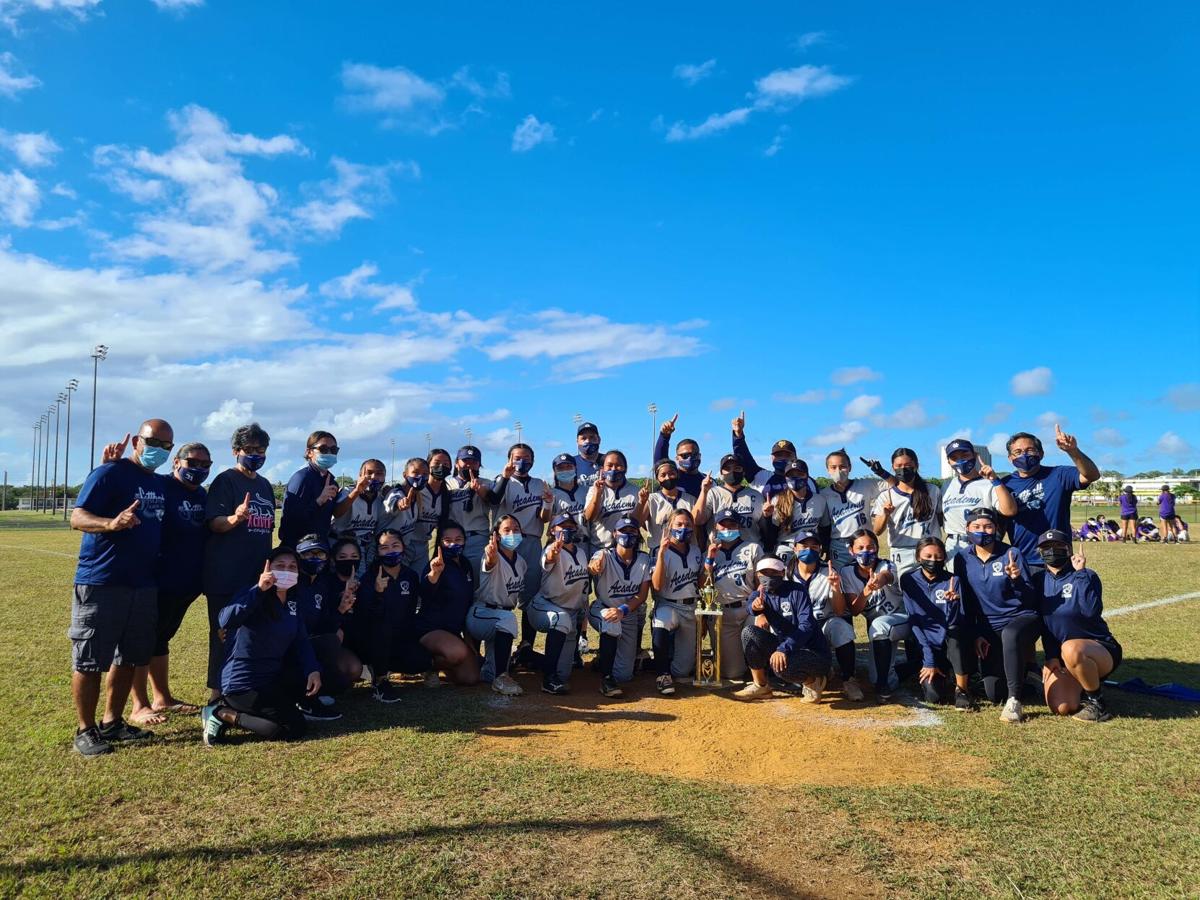 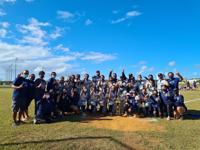 The two times the Academy of Our Lady of Guam softball team faced George Washington High School during the regular season, the mighty Geckos dismantled the Cougars 16-4 and 21-6.

But on Saturday, at GW, with the Guam Department of Education Interscholastic Sports Association champion at stake, the underdog Cougars flipped the script, knocking off the Geckos 12-10.

“It feels amazing. It feels so unreal,” said Academy’s starting pitcher Isa Dangan, who pitched a complete game, gave up 12 hits, walked none and struck out one.”

“We’re all equals when we’re back on the field,” she added. “It just shows how much heart you put into it, and I believe we really showed up today.”

Academy’s Giana Sablan said that the Cougars entered the game with the mindset that they were underdogs.

“We had to come into this game and show everybody that we are a good team,” she said.

After the first inning, the Geckos surged in front 3-0 and appeared as if they were on their way to another easy win and the title. With four hits in the inning, including a two-RBI single to center field from Rocki-Jae Mesa, the victory-minded Geckos came out storming.

But after four inning of play, the Cougars trailed by 7-5. As Geckos relief pitcher Rhonamay Salvador struggled with control and walked the first two batters, fielding errors allowed two runs to cross home pate. An RBI bunt from Talen Topasna capped off the scoring.

“The whole team, they all had my back. My defense, I couldn’t have done it without them,” Dangan said. “Coach always tells us to reset. … After those mistakes I made, I really just reset and worked towards the next pitch.

In the top of the fifth inning, Sablan hit an RBI sacrifice line drive. Earlier in the game, with a single and a hit-by-pitch, the third baseman proved to be a tough out.

“This championship means so much to me,” said Sablan, a sophomore, whose freshman season was cut short due to coronavirus-related restrictions. “Because of COVID, we didn’t get to play for the championship. This just feels so surreal. … I’m just shocked.”

In March 2020, based on their regular season record, the title was awarded to the Southern High School Dolphins via no-contest.

Headed into the bottom of the seventh inning, the Geckos trailed 12-7. But after leadoff hitter Joresha Quichocho hit a bloop single, GW’s bats came to life.

Quichocho, with two doubles, one single, and three runs scored, was at her best.

Mesa, the next batter, connected with an RBI single to center field. Hanah Cruz, the Geckos' first baseman, followed with a single. With the Cougars’ lead cut to two runs, and one out, Cara Eclavea stepped up to the plate. With Dangan challenging batters with pitches inside inside the strike zone, she lined out to the shortstop.

With two outs and the tying run at the plate, Dangan struck out the final batter looking.

“It means so much to me getting to be with my friends again,” Dangan said. … “Getting this win really warms my heart.”

“There’s just so much I can’t put into words what this team means to me,” she added.