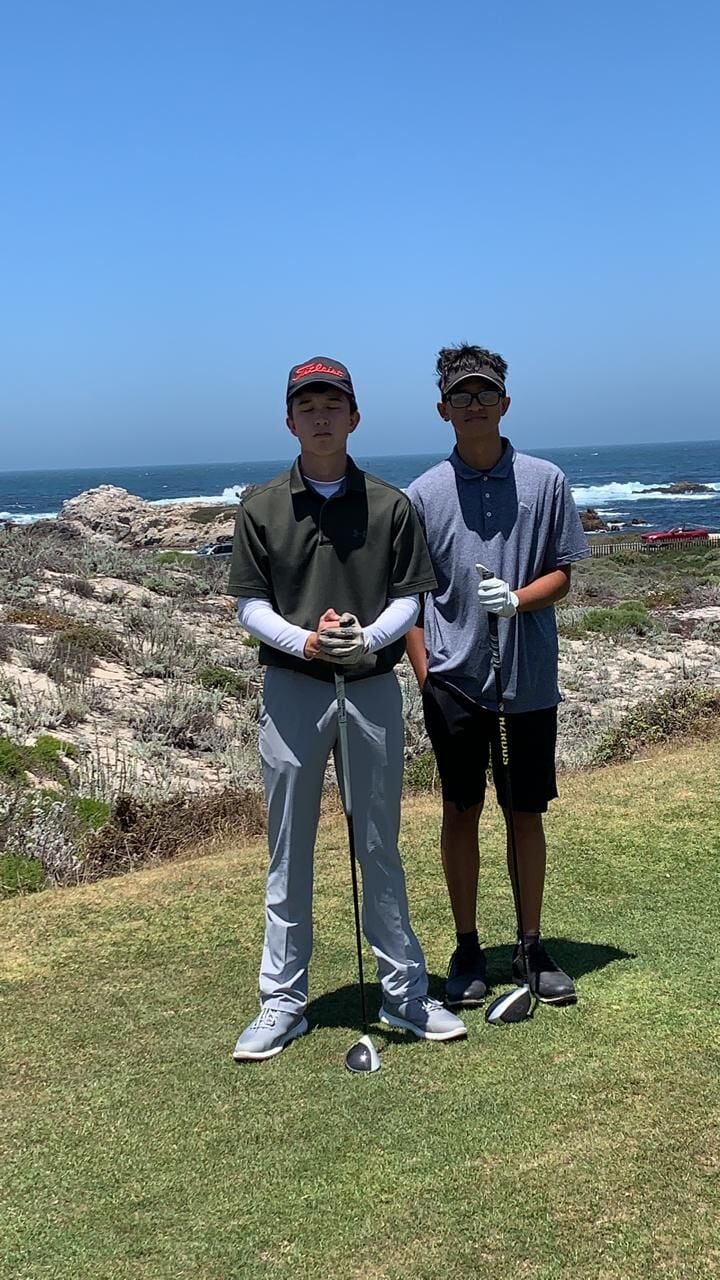 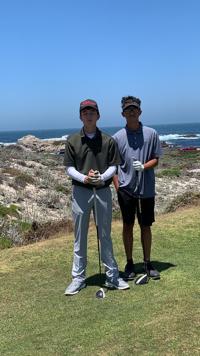 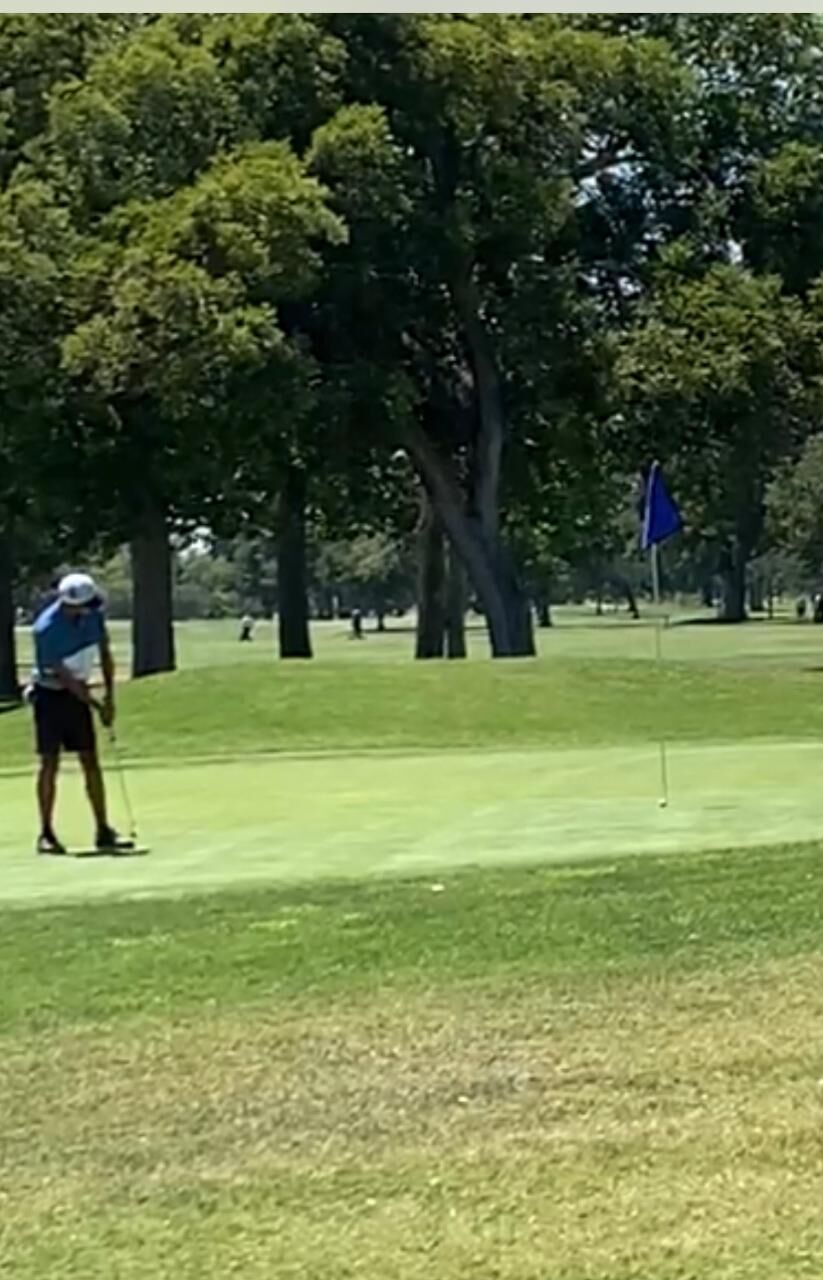 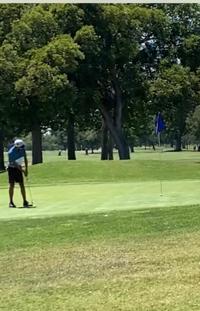 PUTTING: In this file photo, Markus Nanpei putts while on a junior golf tour stop in the U.S. Nanpei and four other Father Duenas Memorial School Friars, all members of Guam's men's national golf team, will play in the 2020 High School National Golf Invitational in Pinehurst, N.C., from Aug. 3-5. Photo courtesy of Mark Nanpei 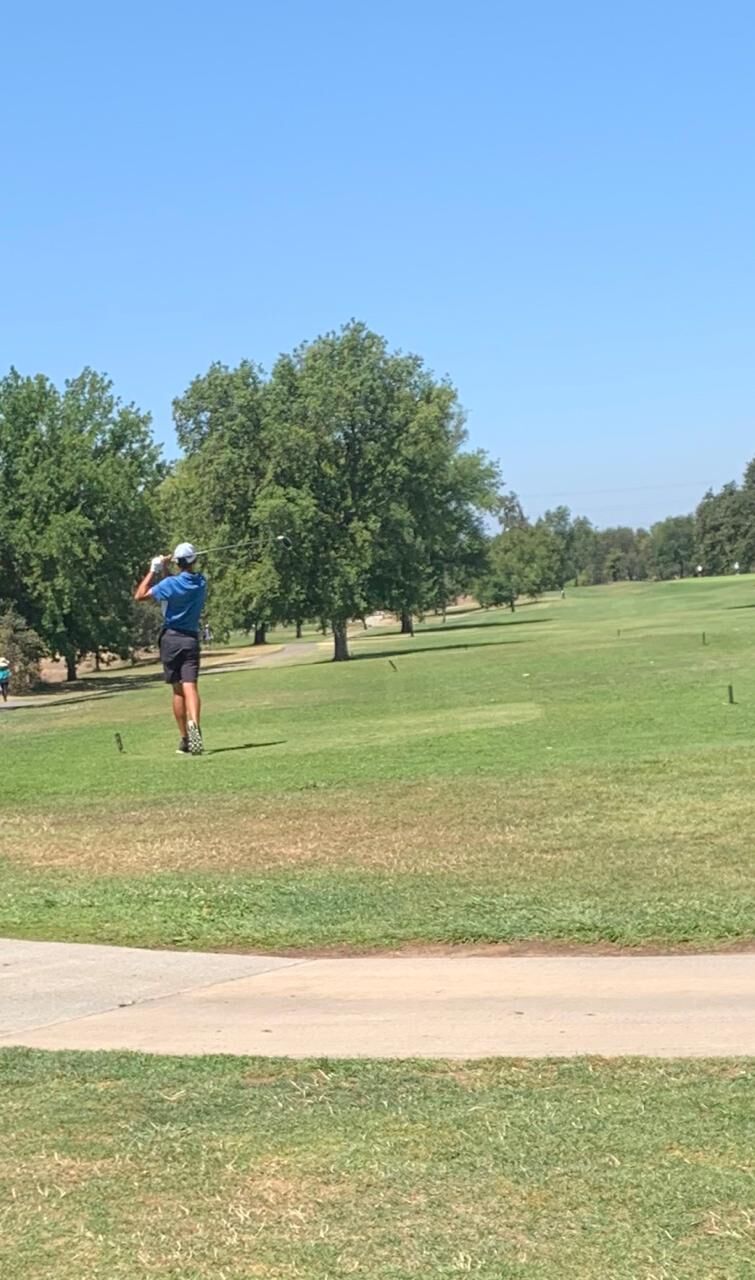 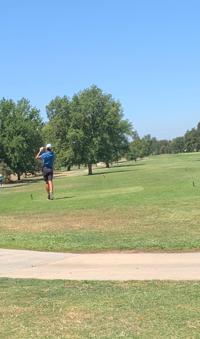 PUTTING: In this file photo, Markus Nanpei putts while on a junior golf tour stop in the U.S. Nanpei and four other Father Duenas Memorial School Friars, all members of Guam's men's national golf team, will play in the 2020 High School National Golf Invitational in Pinehurst, N.C., from Aug. 3-5. Photo courtesy of Mark Nanpei

With a packed international competition calendar, 15-year-old Father Duenas Memorial School golf prodigy Markus Nanpei’s summer is off to a great start. In early July, he and his father, Mark Nanpei, left island to compete in a series of stateside regional and national tournaments.

“I felt good,” Markus Nanpei said. … “I expected to play pretty good, and I feel like I lived up to those expectations.”

On the Haggin Oaks Mackenzie course, amid long fairways, Markus Nanpei was strong from the tees.

“I felt like I was going to hit pretty far and straight, and I felt comfortable,” he said.

He took fifth place out of 30, that was pretty good, said Mark Nanpei, the Guam National Golf Federation’s director of junior golf, and the young golfer’s father.

All the best players in that area played in this tournament, he added.

“He’s playing against some good players, so to get fifth place, a top five finish is big for us because that’s the first time he’s been able to do that in any tournament in the United States,” Mark Nanpei said.

The following week, at the American Junior Golf Association Preview at Bentwater in Montgomery, Texas, Markus Nanpei headed into Round 2 of the two-day tournament in a familiar fifth position. After struggling with a suspected bout of food poisoning, he finished in a respectable tie for 24th place out of 57 participants.

This tournament featured the top level of golfers in the U.S., Mark Nanpei said.

“You have to get in by having a certain amount of stars,” he said.

In Round 1, “his drive was on,” added Mark Nenpei, sharing that his son finished Day One at 1 under par. “He left some strokes out there. If he had been putting a little better, he could have gone even lower.”

Next, Markus Nanpei will play in the AJGA Junior All-Star, a qualification tournament presented by Bryan College Station Sports & Events at Texas A&M University. The 18-hole, one-day tournament, held at College Station, Texas, will draw 78 competitors from throughout the nation.

“It’s kind of important for us,” Mark Nanpei said. “Our goal has been to try to play college golf and, in order to do that, you’ve got to come to the states and play with the competition.”

After a tour stop in Nashville, Tennessee, the Nanpeis will join four other men’s national team golfers and compete in the 2020 High School National Golf Invitational in Pinehurst, North Carolina.

The HSNGI, which will draw student-athletes from 49 states and Guam, takes place Aug. 3-5.

“This one is huge,” Mark Nanpei said. “This thing that is going to happen in Pinehurst is a one-of-a-kind tournament for Guam. …

“I’ve been on Guam since 1989 and we’ve never had a high school team play against state champions from The United States of America. … "

"I don’t think that everybody understands the magnitude of it," he added.

“I’m looking forward to it,” Markus Nanpei said. “I just want to play good and help out the team.”

“I expected to play pretty good, and I feel like I lived up to those expectations.”

Should the government of Guam legitimize Land Trust leases that are considered null and void?

Getting back to normal should leave no one behind

"My vision for Guam – after July 21 – is to get back to normal as possible," Gov. Lou Leon Guerrero said in her remarks at an economic forum h… Read more

Over the last week, I have reviewed case law and various aspects of the FOIA process of the Guam Sunshine Law. Under this law, citizens have t… Read more

A new car will not improve an impaired drunk driver, neither will a new hospital improve the impaired GMH leadership

It is a great idea to have a new hospital built on Guam, but will that improve medical care at the Guam Memorial Hospital? With all due “respe… Read more