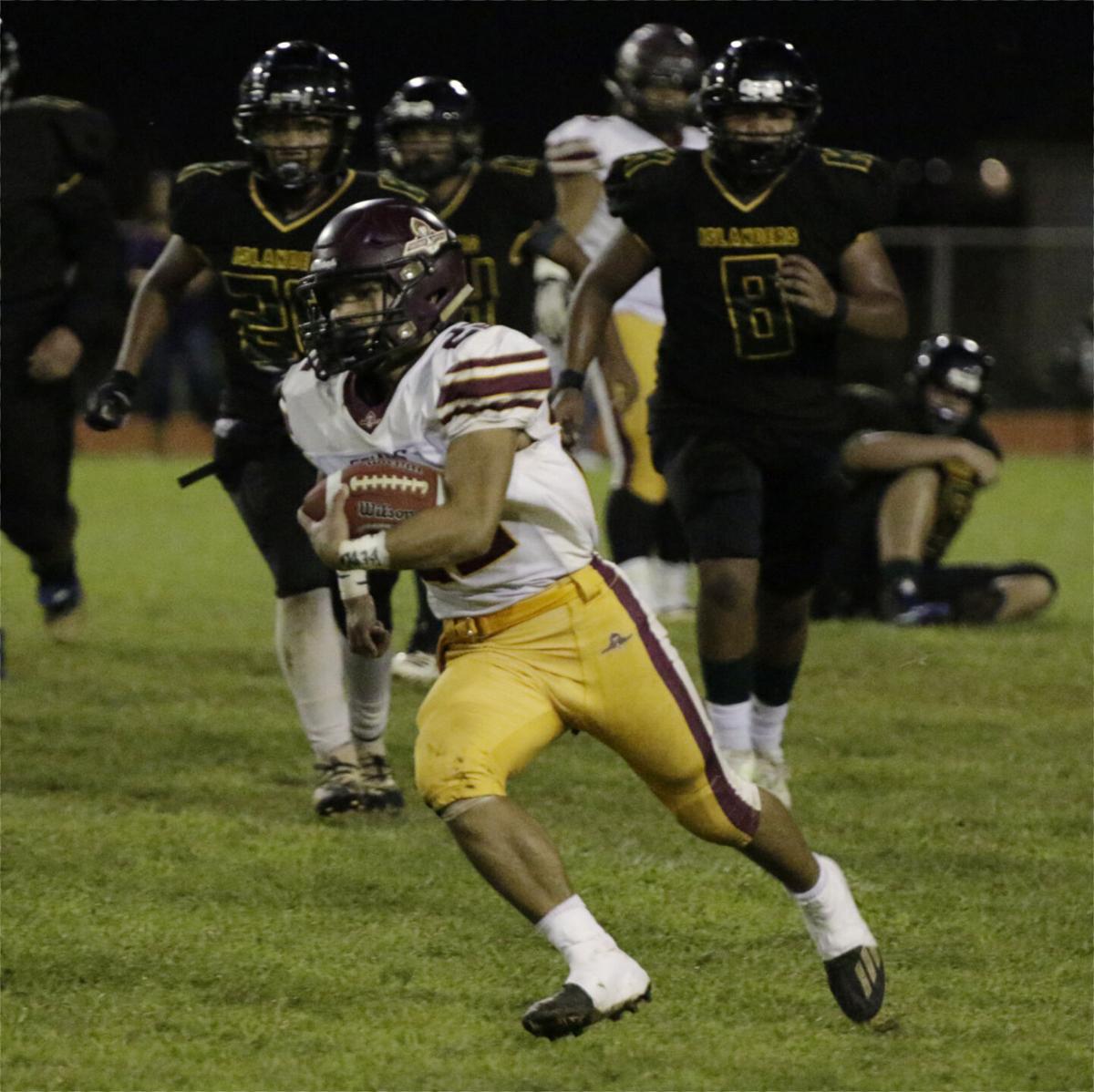 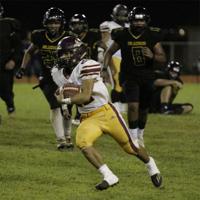 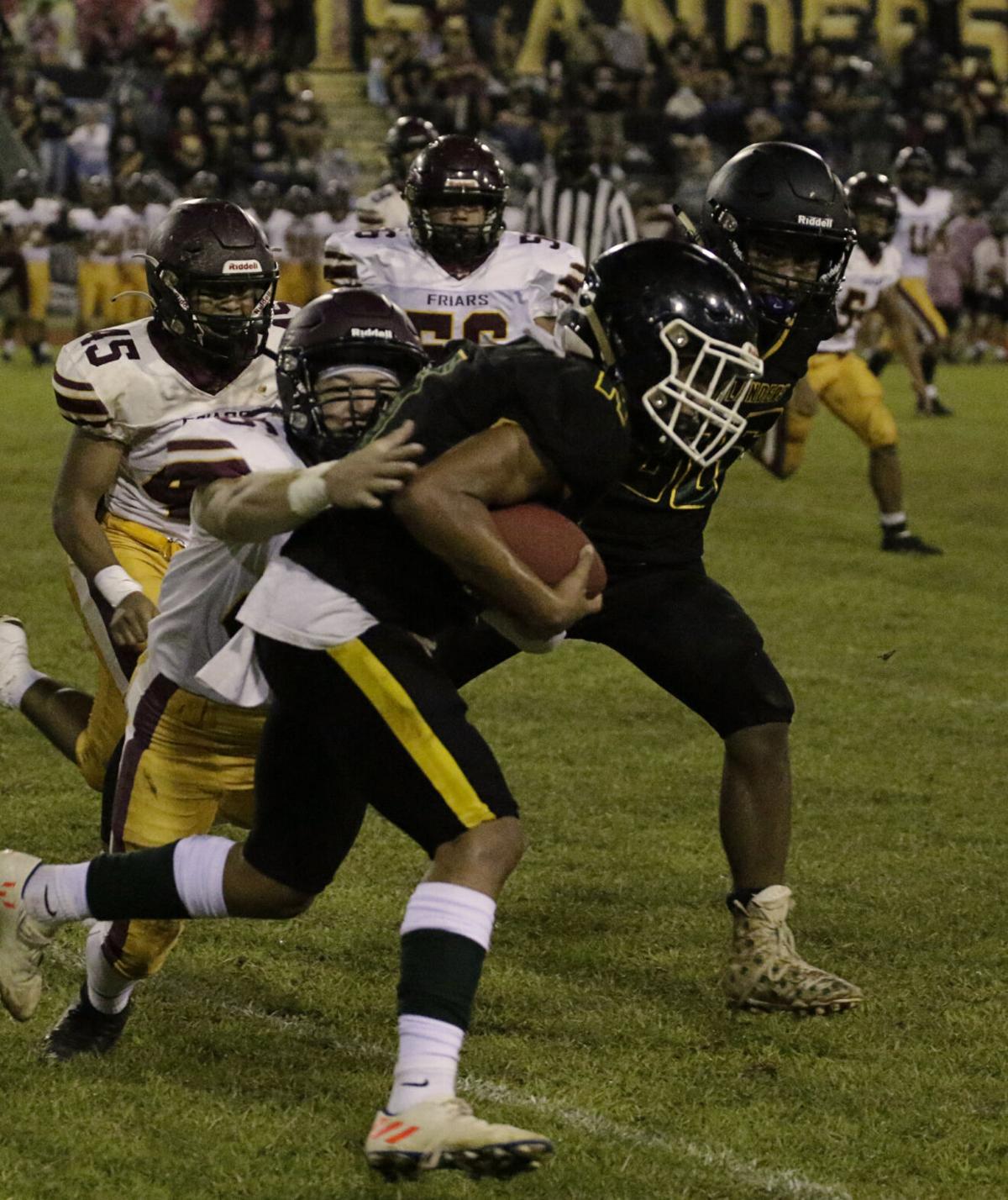 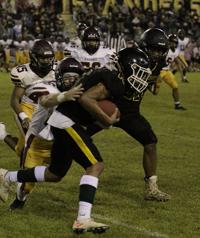 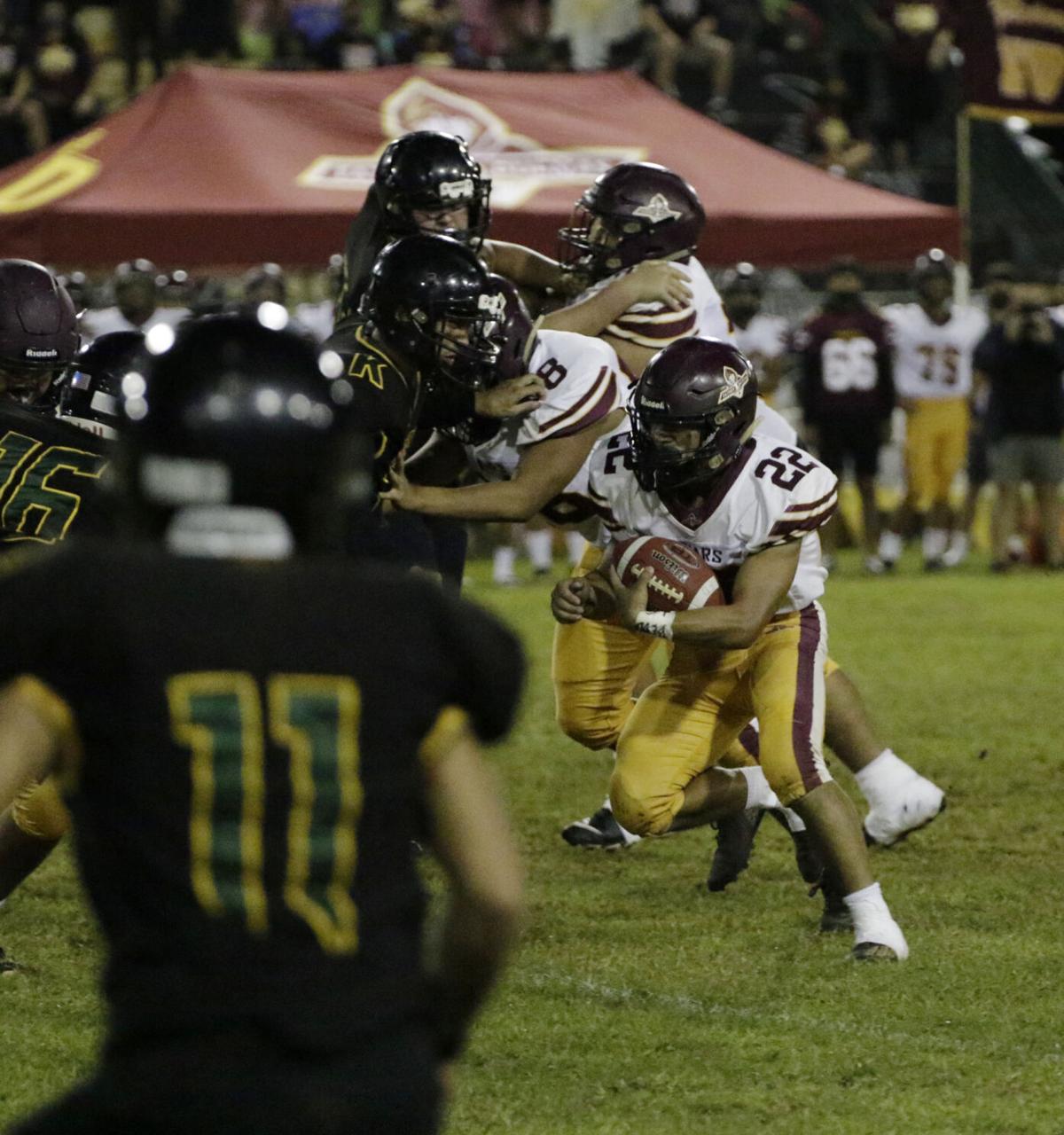 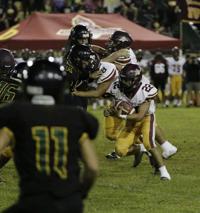 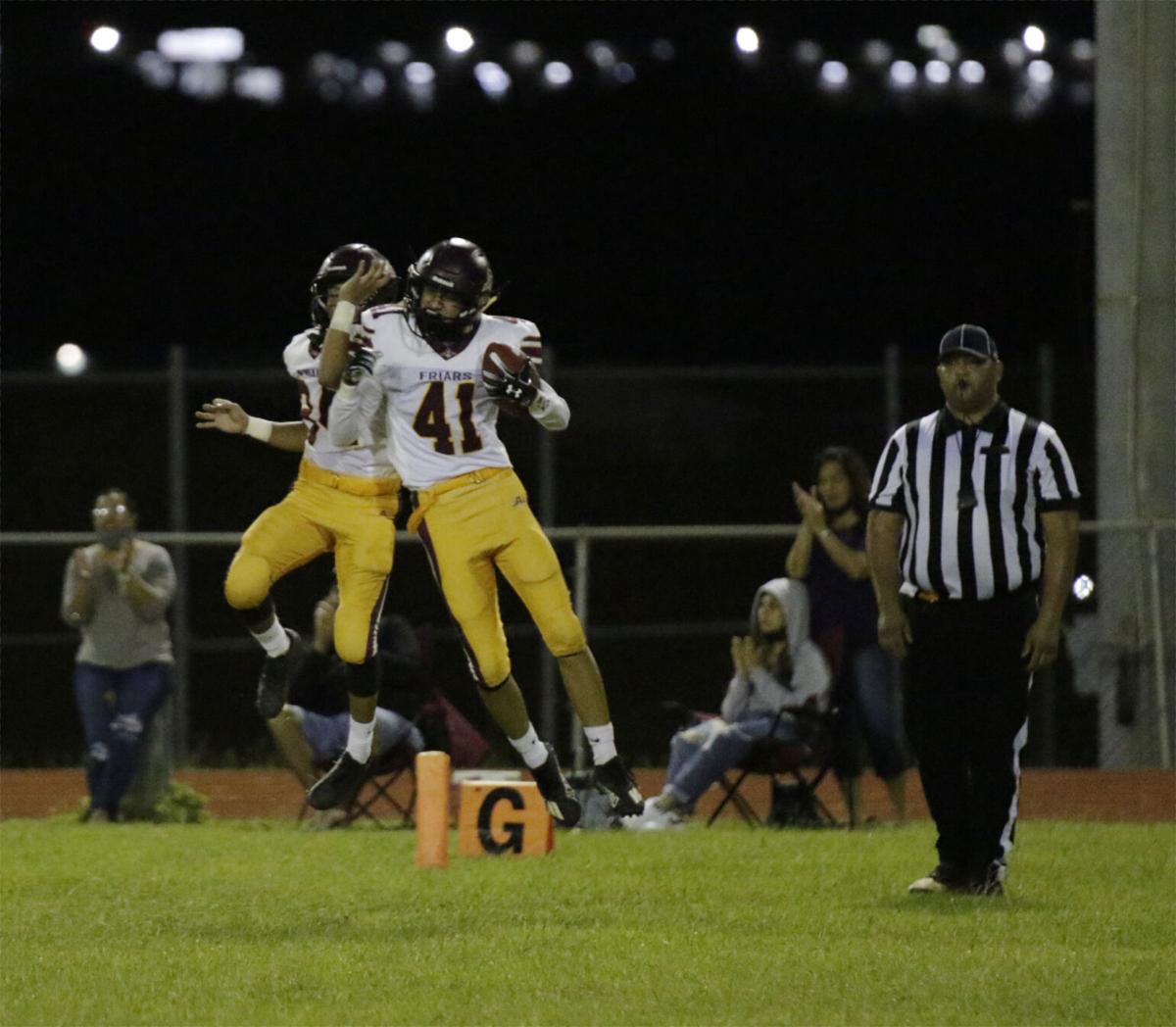 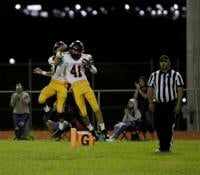 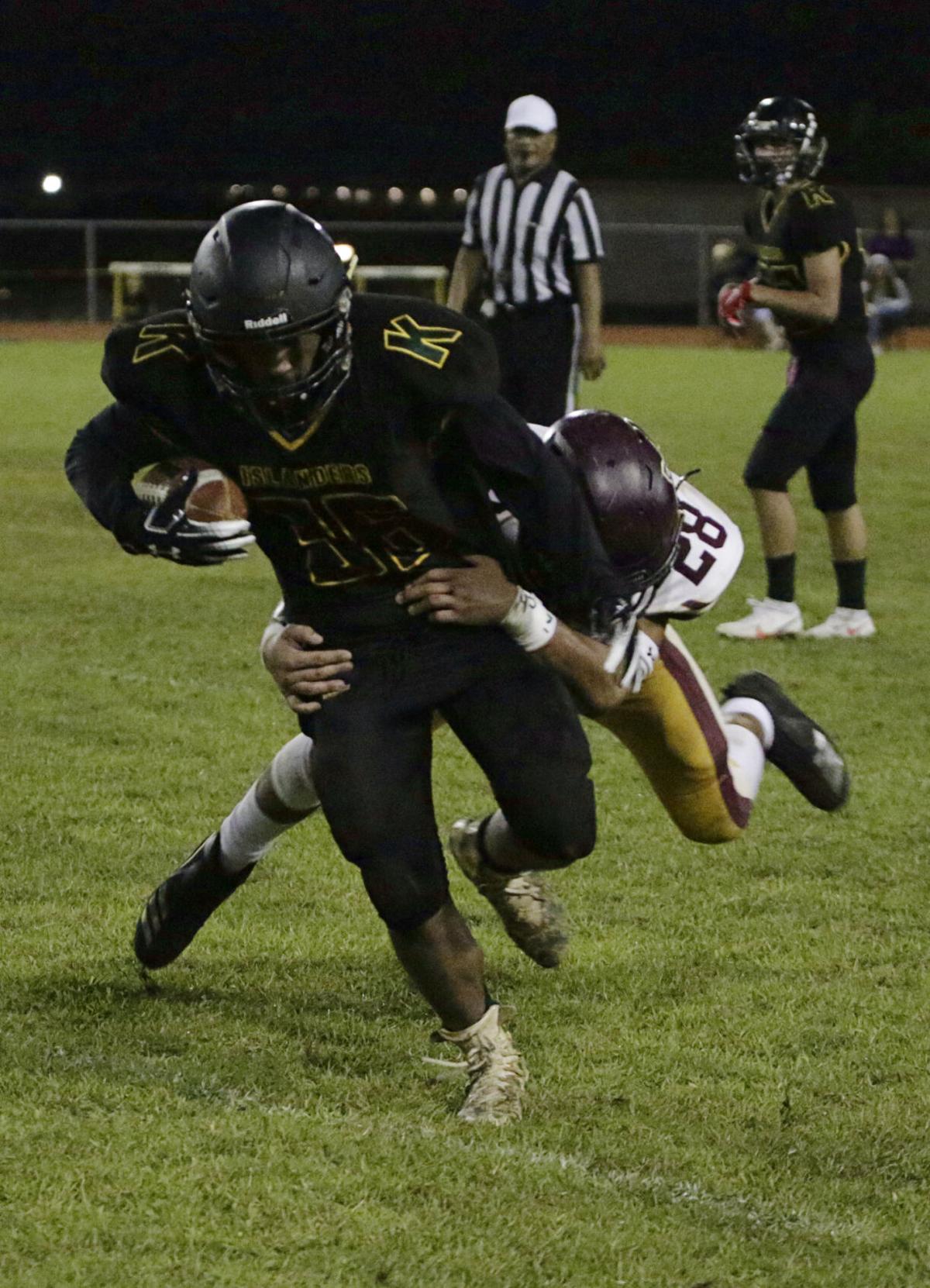 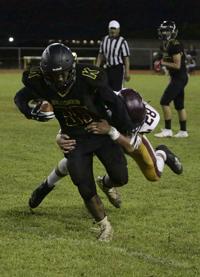 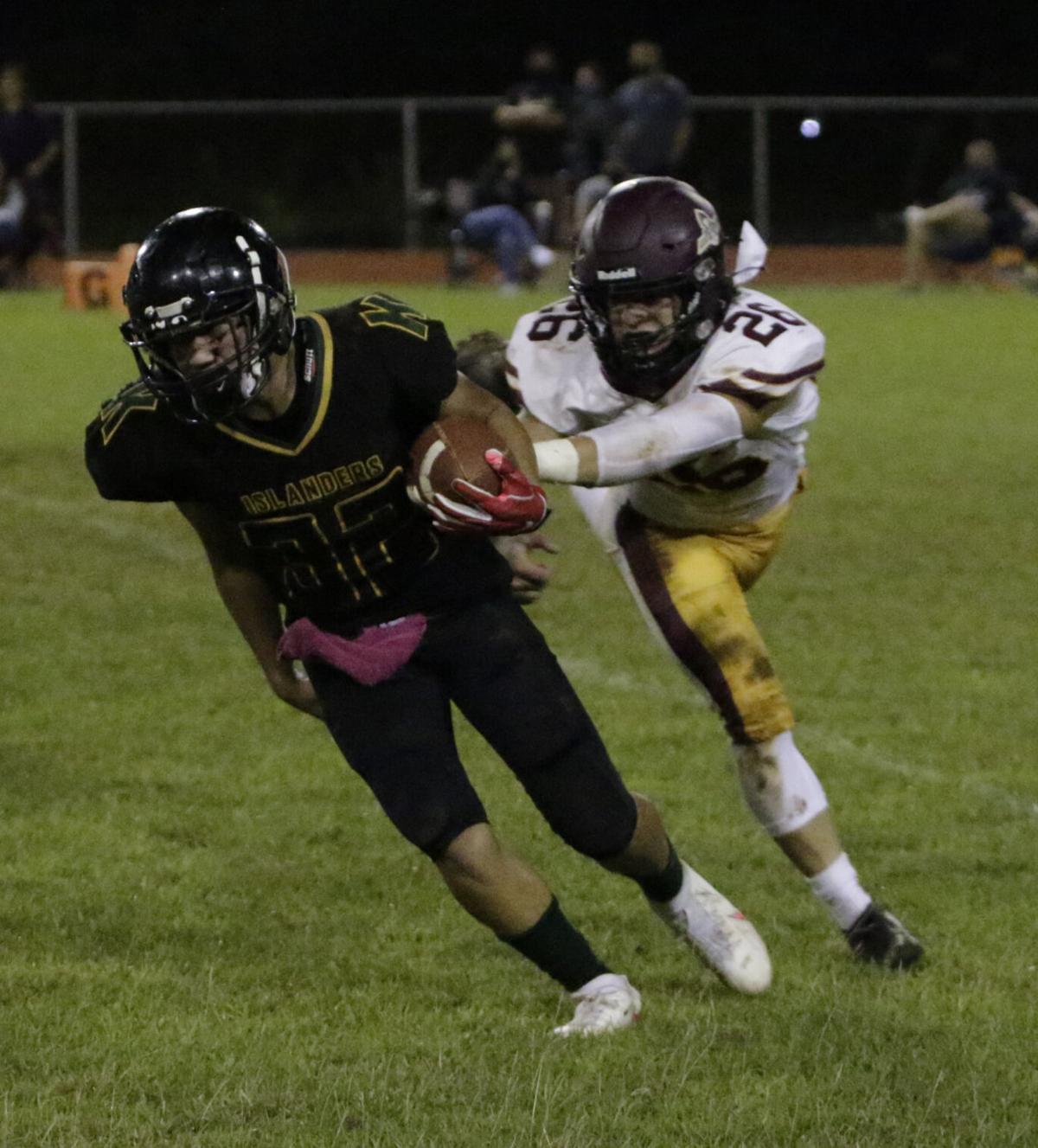 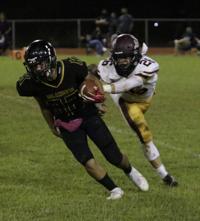 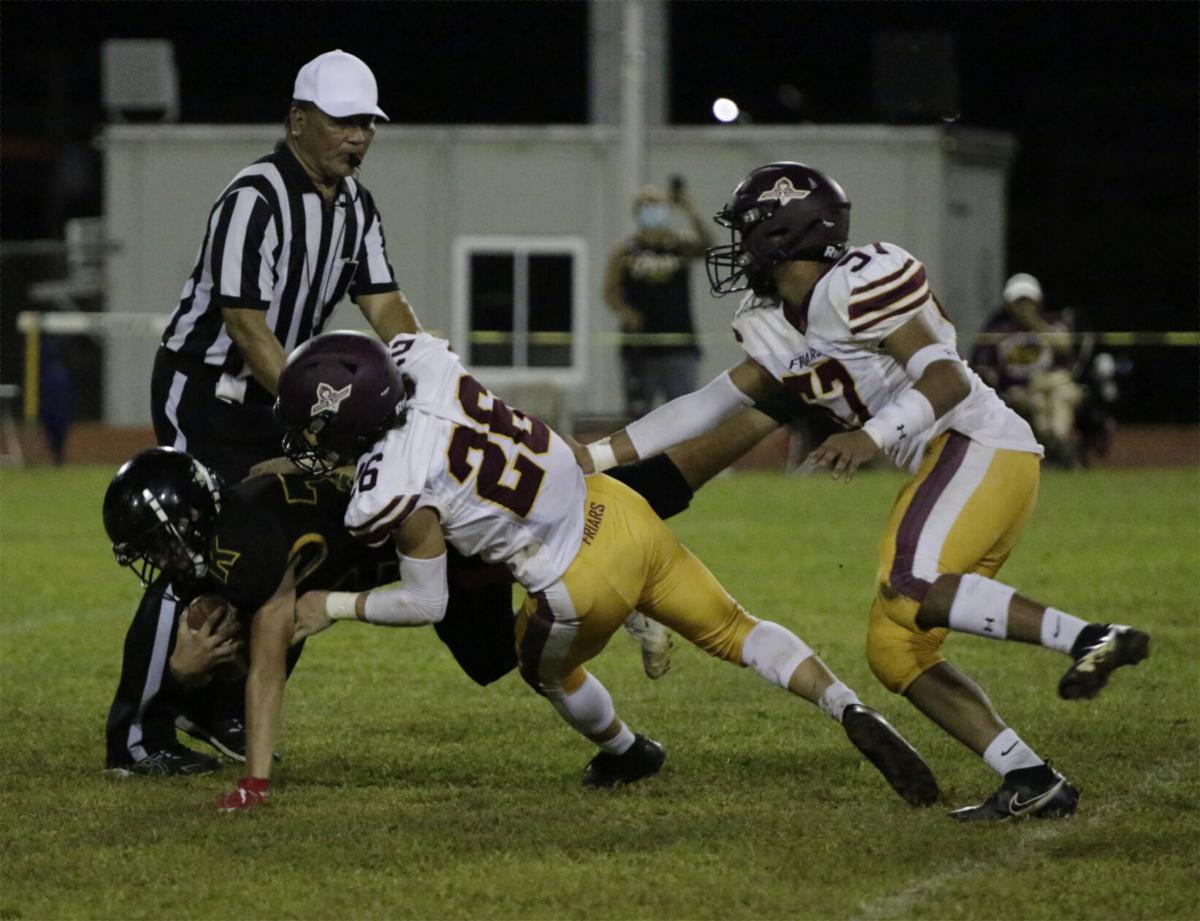 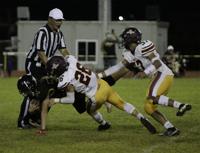 “It was a great win. It was a good team win,” Gogue said. “I’ll say that first and foremost.”

“We just apply what we learn in practice and it showed up in the game,” added Gogue.

From the opening whistle, the visiting Friars made their presence felt, recovering the fumbled kickoff. Then, on the Friars first play of offense, first-and-ten from the Islanders 20-yard line, Gogue carved through the defense for his first score. In less than 20 seconds, the Friars led 6-0.

Still in the first quarter, Gogue added another 20-yard touchdown, followed by a 65-yarder, where the 17-year-old senior zigzagged up the middle, bolted to the right sideline and through the Islanders secondary for the 19-0 lead. With still more than three quarters remaining, Gogue watched the rest of the game from the sidelines.

With enough time in the half for a few more drives, Salas threw two touchdown passes, a six-yard strike to Daryn Lujan and a 30-yarder to Tanner Costa.

“My receivers executed,” Salas said. “They practice hard and they applied it to the game.”

With a 33-0 lead at halftime, the Friars defense led the second-half effort.

With the Friars’ Ada and Anthony Quichocho having broken through the Islanders offensive line, Ada delivered a leveling blow to the quarterback. As the ball was knocked free, Quichocho scooped it up and ran for a 55-yard touchdown.

“I just wanted to make my teammates proud,” Ada said.

As 37 seconds remained in the quarter, the Friars’ Caleb Murphy intercepted a pass and ran it back for a touchdown.

In the first round of the playoffs, the No. 1-seeded Friars will take on the No. 4 Southern High School Dolphins.

In the other first-round game, the No. 2 Guam High School Panthers will take on the No. 3 George Washington High School Geckos.

If Saturday night's win is any indication if Father Duenas is ready for the playoffs, the five-time defending champion Friars are eager to compete for the six-peat.

“We’ve just got to go back to practice and work hard,” Ada said.

“We just apply what we learn in practice and it showed up in the game."