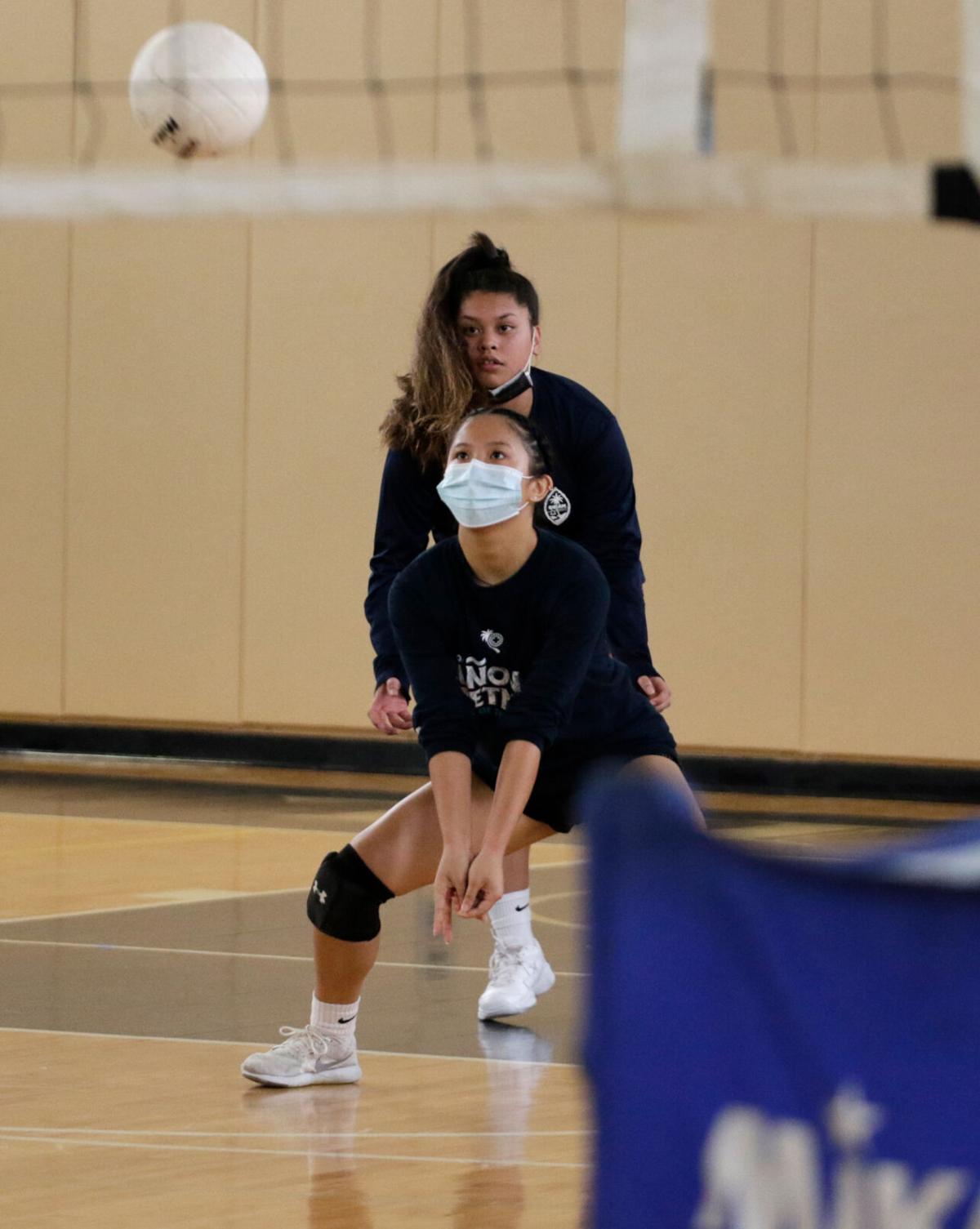 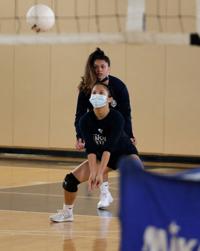 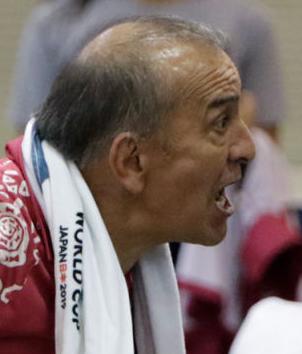 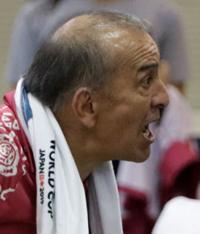 Despite the bleak outlook for public school sports, potentially underfunded and with less than one-quarter of the management experience of the past two decades, GDOE Superintendent Jon Fernandez invited the IIAAG to join ISA in Block 1 competition.

Competition, which has been idle for nearly a year, is allowed to resume on March 1 after Gov. Lou Leon Guerrero on Thursday signed Executive Order No. 2021-04, reducing the island’s level of restrictions to Pandemic Condition of Readiness 3 and allowing noncontact sports competition to resume.

But the pandemic has taken its toll on student-athletes and their families alike, some gun-shy and unwilling to rejoin their teams and risk catching COVID-19.

“Due to the impact of the COVID-19 pandemic on our schools and interscholastic sports programs – including lower turnouts of athletes for organized sports as well as perhaps the inability to field full teams – I am extending, on behalf of the ISA Board of Control, an invitation to your teams and student-athletes to participate with ISA in the following leagues,” Fernandez wrote in a letter addressed to IIAAG President Terry Debold dated Feb. 19.

Fernandez expects IIAAG to give a decision by no later than Tuesday, Feb. 23.

Fernandez, citing precedent, wrote: “ISA had previously offered the opportunity for your teams to compete in ISA for girls softball, and Guam High School and Academy of Our Lady of Guam. Two have graciously accepted our invitation and are currently on our schedule. We look forward to their participation.”

“This is kind of an 11th-hour notice,” Debold said, sharing that the IIAAG season has been planned for several weeks.

The letter “really doesn’t change our original plan that we have had since the beginning of this year,” he added.

Debold told The Guam Daily Post that the IIAAG is not offering softball and its member schools are more than welcome to play in the public school league. He also said that IIAAG plans to offer boys and girls volleyball and doesn’t anticipate the need for those sports to join ISA. Also, with IIAAG already launching beach volleyball competition, Debold shared that schools are committed and do not have enough student-athletes to participate in both sports.

“As far as indoor volleyball is concerned, IIAAG is already planning to offer that later on this year," Debold said. ... "But, pretty much, our rosters are encumbered in beach volleyball right now and the sizes of our schools really make it difficult to have two separate teams."

“I don’t think that it will be fair to the kids who have been working so hard … to suddenly change gears and say: ‘Instead of beach, let’s do indoor,’” he added.

Mike Rabago, who, along with Art Stanley, has coached the Notre Dame High School Royals girls volleyball team to three straight championships, does not anticipate sending any varsity teams to compete in the ISA.

“If anything, we wouldn’t mind sending our boys and girls junior varsity squad over to ISA,” Rabago said. “I believe IIAAG is limiting the number and teams to represent their school, so this will help out with our underclassmen and newcomers to the sport.”

While it is unsure if IIAAG will be offering JV volleyball, Rabago prefers that his teams compete in the IIAAG.

“I’m not sure if IIAAG is only doing varsity,” he said. “If IIAAG is doing both squads, then I wouldn’t send JV to ISA.”

Chris Shepherd, St. John's School Knights volleyball coach, said that neither his boys or girls teams will be joining ISA.

"We are participating in beach volleyball," he said.

When Gov. Leon Guerrero signed Executive Order No. 2021-04, bars and restaurants were allowed to open Feb. 24, but sports remained sidelined.

“I think this is absolute bull----, the governor holding off until March 1,” said Debold, adding that his organization's schools have been practicing since December and have not had a single COVID-19-related incident. “I am just really disappointed. …

“I was disappointed when they opened the theaters and didn’t let us play tennis and beach volleyball. But now they’re opening bars and still not letting our kids conduct healthy, outdoor activities with less than six people congregated.”

Debold, inquisitively angry, asked: “We have to wait until March 1, but the bars are going to be open this Wednesday?

“I just want to understand the medical and scientific rationale how that makes sense,” he added.

“How can you tell me that it’s OK to open bars and theaters, but we can’t play outdoor sports? What medical or scientific rationale are you using?” he asked.

Show me the money

In May 2019, citing poorly executed and conflicted management, the Guam Education Board unanimously voted to split from the Independent Interscholastic Athletic Association of Guam and manage its own sports program. Shortly thereafter, GDOE created the Interscholastic Sports Association and began to run its own leagues. Apart from a third quarter championship softball game that didn’t happen because of the public health emergency, GDOE ISA finished its first season in 20 years. But since March 2020, due to the coronavirus pandemic, the reborn organization hasn’t managed a season since. And, in the interim, its sports budget took a massive blow: losing the Healthy Futures Fund and a massive expected shortfall from the Limited Gaming Fund.

The 35th Guam Legislature removed the Healthy Futures Fund from GDOE's budget. During the same legislative cycle, senators voted to lower GDOE’s take from the Limited Gaming Fund by $21,891.

The Limited Gaming Fund is a performance-based fund that garners taxes from establishments offering games of chance. For nearly 10 months, because of the pandemic, the island’s gaming halls were closed and the proceeds from the Limited Gaming Funds are projected to be greatly reduced - the expected windfall of a half-million dollars expected to be reduced to a fraction of that amount.

Despite holding a stance to keep the status quo, Debold said that he will discuss Fernandez’s letter with IIAAG board members, but the organization appears ready to launch all three sports under IIAAG management on March 1.

“You’re asking us to kind of reverse gears, not only reverse gears but basically, generally, get out of this car and jump into another car and we’re already halfway down the road,” Debold said.

“You’re asking us to kind of reverse gears, not only reverse gears but basically, generally, get out of this car and jump into another car and we’re already halfway down the road.”

As graduates march into the world, hopefully they can help it recover from COVID-19

Congratulations to the thousands of young Guamanians graduating this month and next from high school and higher education. Read more

To his amazement, Mr. Eric Chong discovered that his students at Simon Sanchez High School had not heard about learning loss. He sprang into a… Read more