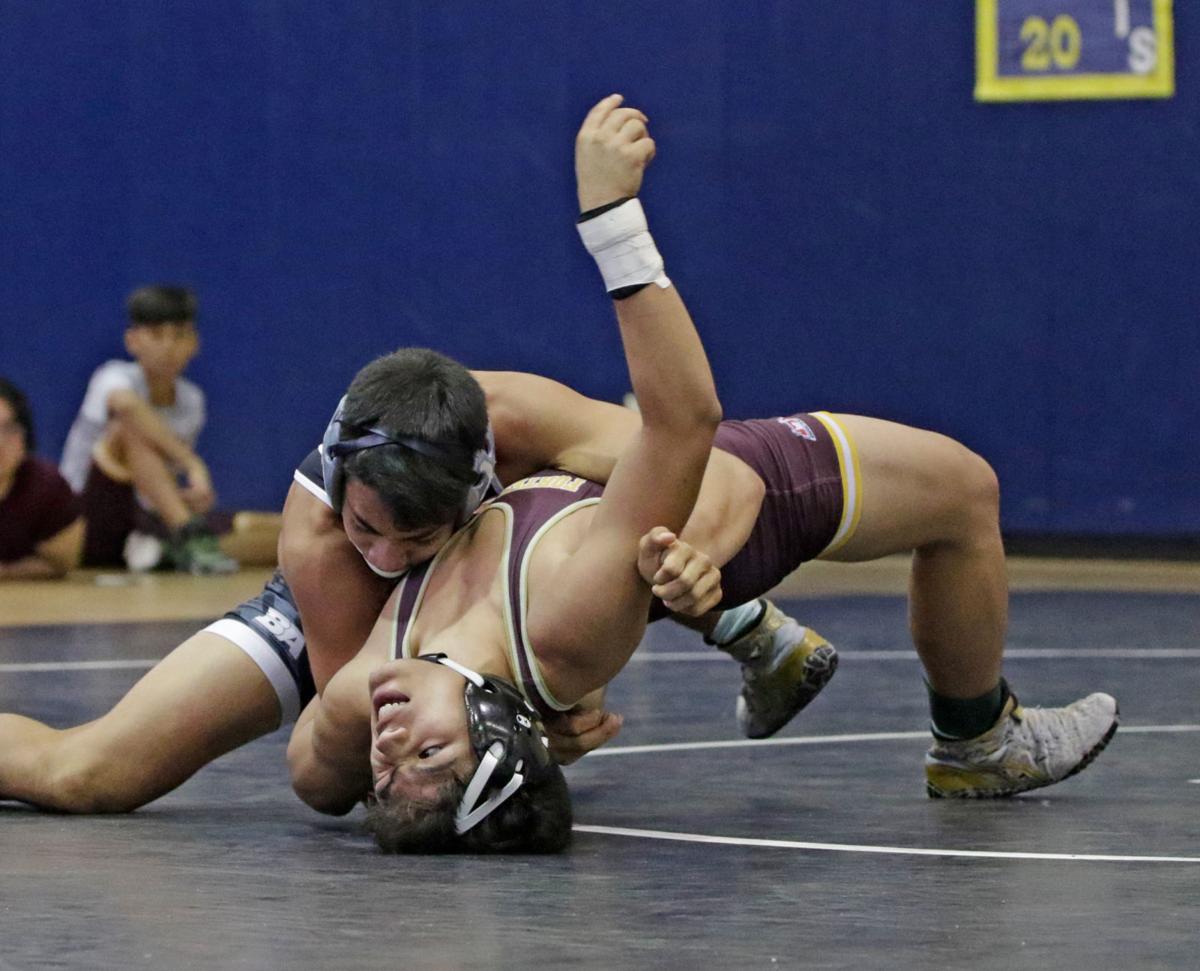 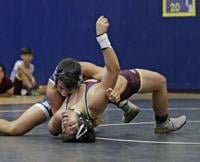 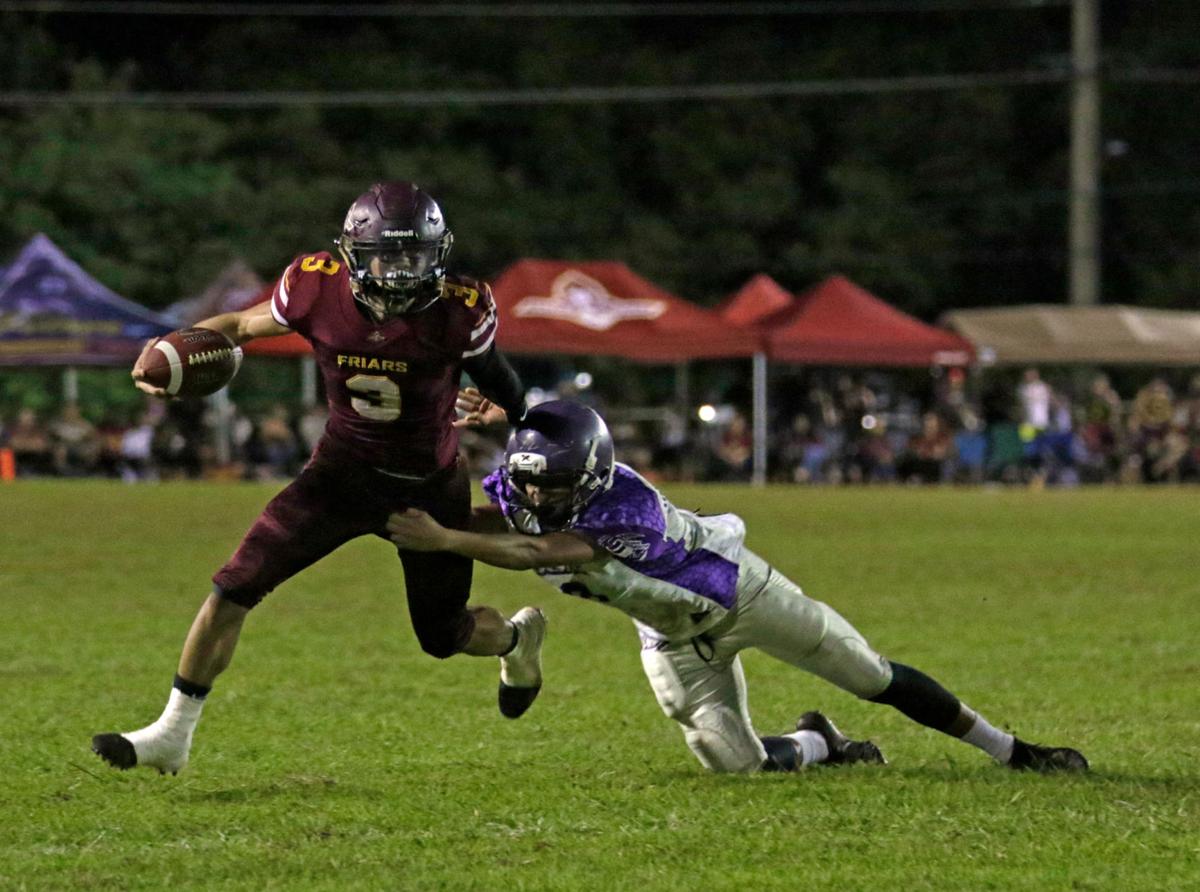 OPTIONS: In this October 2019 file photo, Father Duenas Memorial School Friars' Kein Artero looks for room to run during the Independent Interscholastic Athletic Association of Guam championship football game against the George Washington High School Geckos on Saturday, at GW field in Mangilao. Artero, the league's offensive-MVP scored the game's only touchdown in the Friars' 7-0 win over the Geckos. For the 2020-2021 school year, the GDOE ISA will retain its four-quarter calendar while the IIAAG has adopted a trimester system. Matt Weiss/The Guam Daily Post 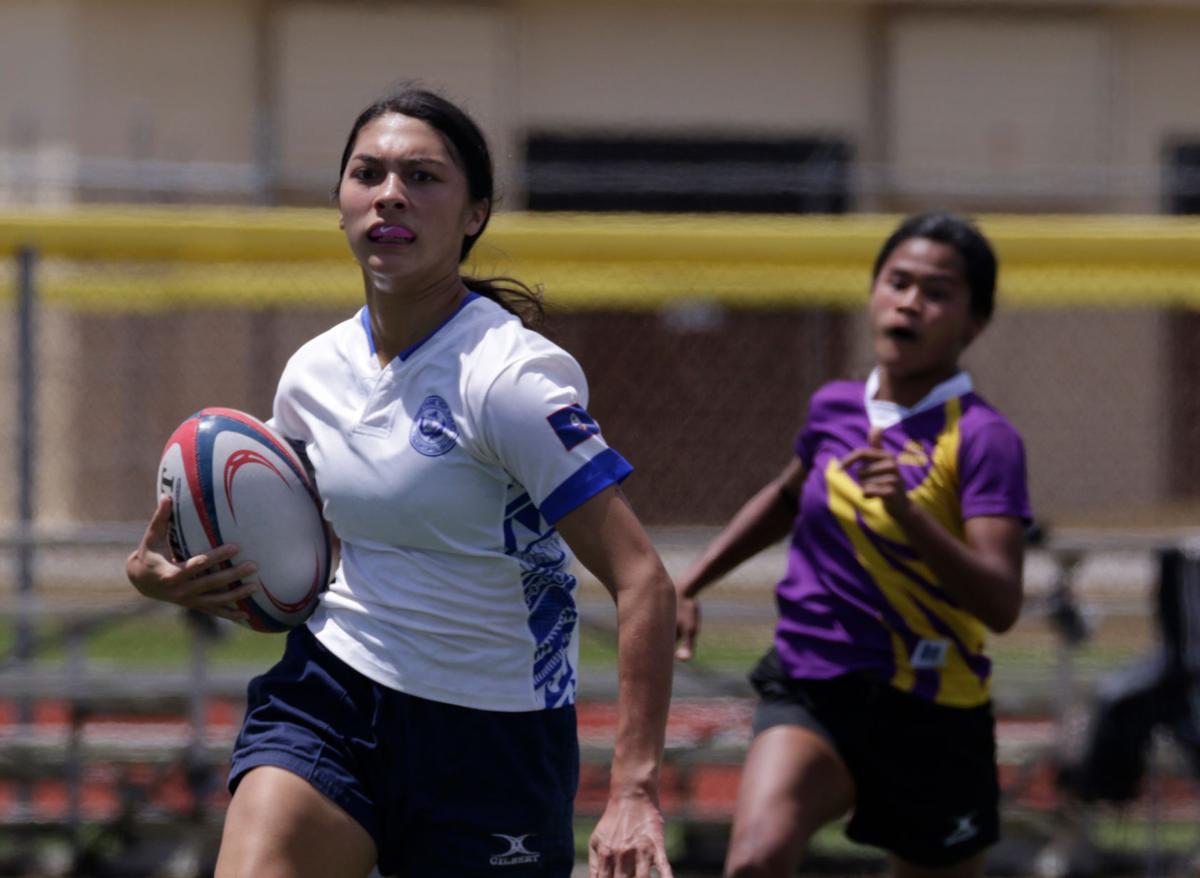 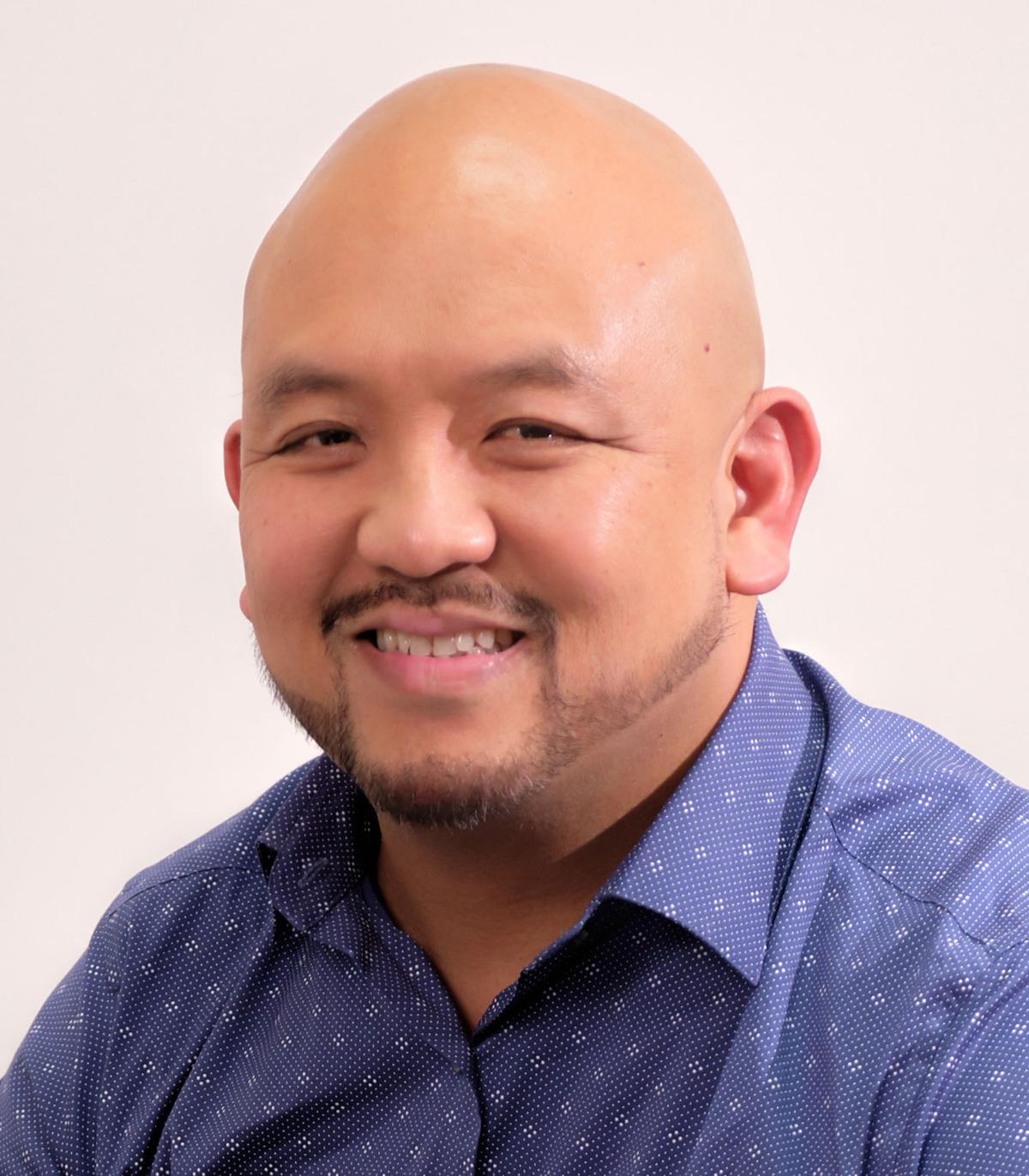 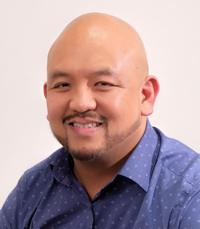 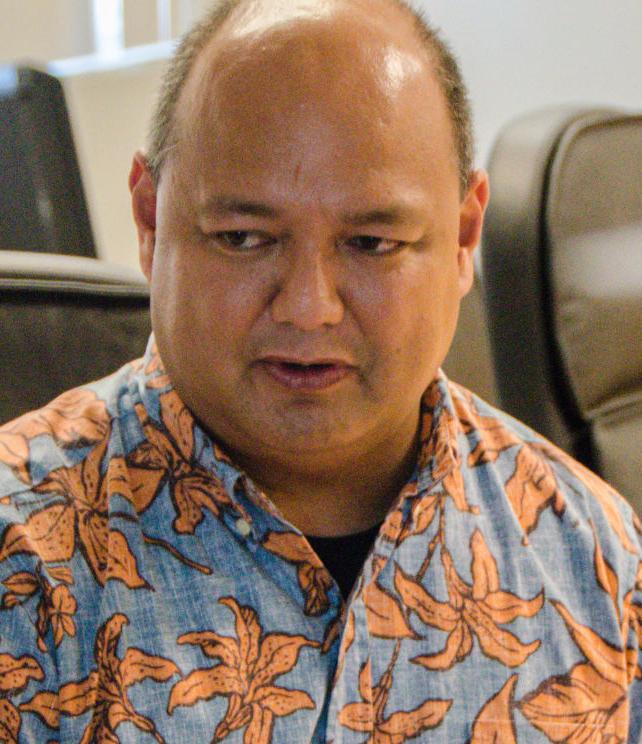 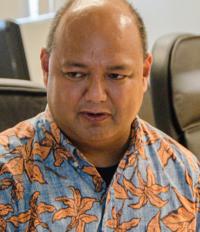 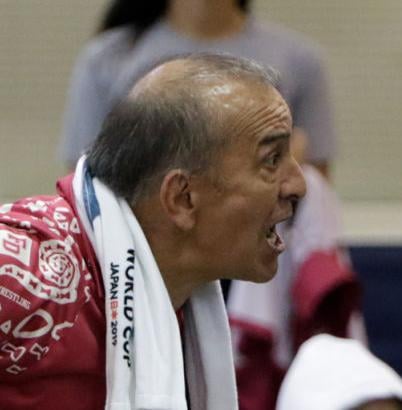 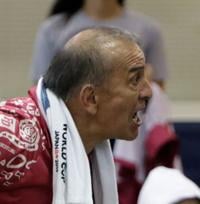 OPTIONS: In this October 2019 file photo, Father Duenas Memorial School Friars' Kein Artero looks for room to run during the Independent Interscholastic Athletic Association of Guam championship football game against the George Washington High School Geckos on Saturday, at GW field in Mangilao. Artero, the league's offensive-MVP scored the game's only touchdown in the Friars' 7-0 win over the Geckos. For the 2020-2021 school year, the GDOE ISA will retain its four-quarter calendar while the IIAAG has adopted a trimester system. Matt Weiss/The Guam Daily Post

The Independent Interscholastic Athletic Association of Guam, the nonprofit organization that manages private high school and middle school athletics, voted unanimously to switch from a four-quarter schedule to a trimester system. Citing the ability to produce better athletes most, if not all, of the private schools favored the trimester schedule.

The Guam Department of Education Interscholastic Sports Association, the organization that manages public school competition, opposes a three-season calendar and feels that it will conflict with their four-quarter matrix.

“It seems that the switch made by IIAAG has put any type of competition between the two leagues at risk,” said GDOE ISA acting sports coordinator Al Garrido. “I have yet to speak to our Board of Control about this, and I cannot foresee the future, but it seems that the IIAAG schedule could also put their football, rugby, and wrestling teams at risk of participation in our league.”

In IIAAG’s current schedule rough draft, the three sports, and track and field are not included.

With different schedules and dates, GDOE ISA sees potential conflict for some multisport student-athletes to participate in certain sports.

“We have affiliation parameters included in our constitution, but we have not approved or discussed the parameters of a student that may be participating in a different sport during the same season, which may be the case with the conflicting schedules,” Garrido said.

We will always have the best interests of our athletes in mind, this includes the athletes who intend to play in our leagues, he said.

IIAAG President Terry Debold said - besides students needing to choose a sport - he does not see this as a point of contention.

“I think, at the end of the day, I really don’t think anybody should be concerned about some major drama about some kids not being able to play a certain sport, or not competing in a certain sport because our seasons don’t match,” he said. “Maybe, perhaps, this year that might occur because of the coronavirus.”

"I think we should both get our schedules in order, take a run at it, and then work together in fine-tuning things. By next year, if coronavirus is gone, I think you’re going to see a really good - kind of, unilateral, working schedule between the three seasons vs. the four-quarter," he said.

Both the IIAAG and GDOE ISA have submitted mock sports schedules to The Post, but neither has produced a final product.

“We intend to offer all the sports that we offered in the previous years,” said Garrido, sharing that the number of sports offered has not been diminished

With the coronavirus-inspired public health emergency in full effect, and no formal date yet released as to when interscholastic competition will be allowed to start, GovGuam has granted teams the right to practice, even contact sports, but looming uncertainty on the return to competition has been more prevalent than actual, confirmed cases of COVID-19.

“We cannot issue an official sports calendar, but the framework of our proposed schedule was released to our high school principals, assistant principals, and athletic directors,” Garrido said. “This schedule came out after long discussions to include all of our coaches and takes into account the health and safety of our students.”

We remain dedicated to our students by continuing a four-quarter schedule that is similar to previous years, and we will continue to put the focus on the safety of our athletes, he added.

The three-season sports calendar has always been the favored path, he said.

“We feel that it’s in the best interest in the development of all of our athletes, particular to those who have gone off to college, which we’ve seen an increasing number,” he added. “We believe they need more time to train. We believe it enhances the safety and welfare of the students because it gives them more preparation time and provides for a longer season, and allows for any kind of extension of a season without pushing into the next season.”

GDOE Superintendent Jon Fernandez, who is in favor of public schools keeping the status quo, recognizes there may be issues with the different calendars.

“We can’t guarantee how the leagues will work together,” he said. “Apparently, they’ve gone forward with their plans without that concern.”

Before committing to the trimester, IIAAG stakeholders voiced concerns to Debold.

“‘Why would you do it during this pandemic, in this of all times,’” Debold shared what his constituents had asked him.

Amid uncertainty, with possible outcomes tied to the virus, Debold shared that now is the perfect time to make the change.

“That was one of the reasons that we did it,” he said.

He told the stakeholders, “‘listen, there’s going to be so many changes this year in terms of sports, in fact, I can’t answer 100% confidently that there is going to be interscholastic sports because that would still be at the government’s discretion - Public Health,’” he added.

We don’t know if the situation is going to get worse or if something else is going to come up, he added.

“We just don’t know. But, because we are going to have to change a lot of things anyways, this would be an ideal time to change to the three-season,” he said.

Garrido shared GDOE ISA has discussed switching sports to a trimester system, but, amid uncertainty, has taken the opposite stance.

“We have discussed a three-season schedule prior and, ironically, our schedule is similar to what the IIAAG has proposed,” he said. “But this school year has already been faced with so much uncertainty that it was unanimously decided by our Board of Control to focus on getting the school year started safely first.

“So any changes to our quarterly schedule will have to wait until the following school year.”

In 2019, in the third quarter of high school sports, GDOE ended its decades-long relationship with the IIAAG and chose to manage its own sports league. The GDOE, citing reasons for its departure, said it left because it was unhappy with how sports had been managed.

Due to a lack of communication and different opinions, they are still unhappy.

“Their proposed schedule may have effectively canceled competition between boys and girls basketball, boys and girls volleyball, and boys and girls soccer, which is what they were against last school year,” Garrido said.

While both GDOE ISA and IIAAG stress the importance of health, safety, and the necessity of adhering to Public Health guidelines as it pertains to launching interscholastic sports, it appears that they have not included each other in their scheduling, and their decisions appear to be final.

“We are open to hearing their plans, but at this point we don’t really have any intent of changing our quarterly schedule,” Garrido said.

“There are very well thought out, rational reasons behind where we put our sports,” he added. “The three-season … is the standard used internationally.”

“I have yet to speak to our Board of Control about this, and I cannot foresee the future, but it seems that the IIAAG schedule could also put their football, rugby, and wrestling teams at risk of participation in our league.” Al Garrido, acting sports coordinator, Guam Department of Education Interscholastic Sports Association