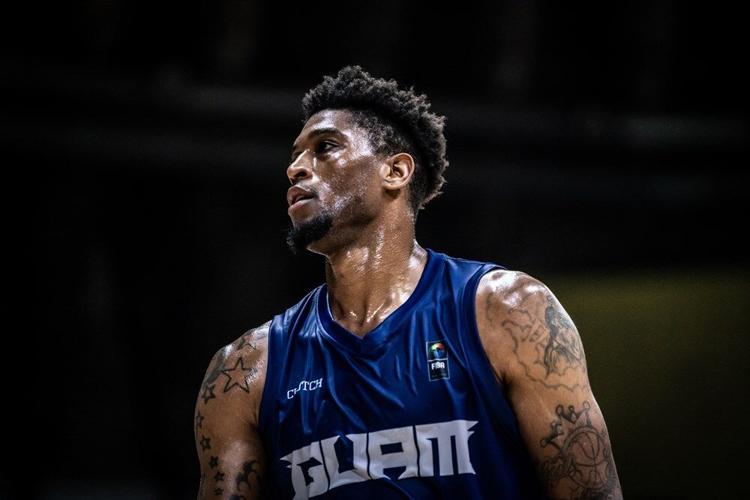 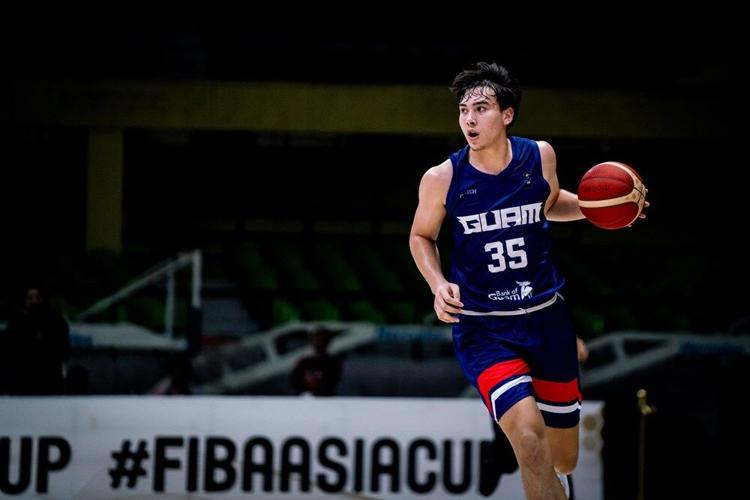 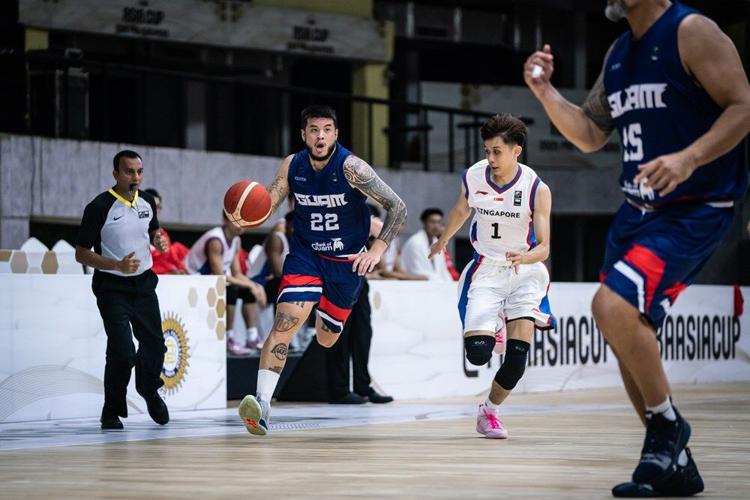 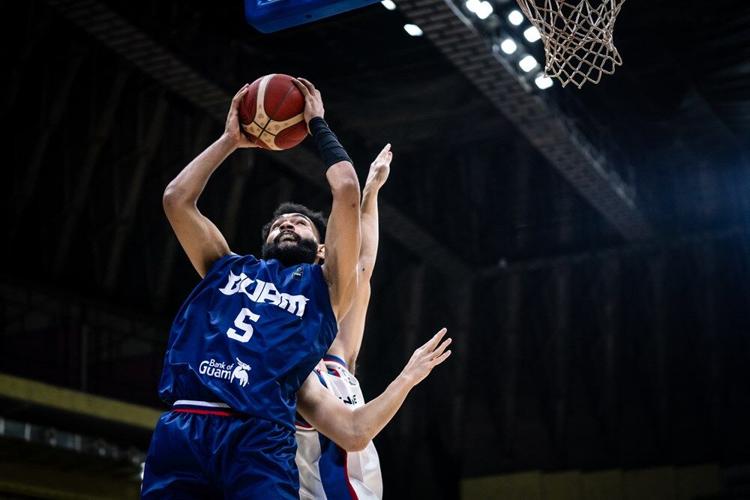 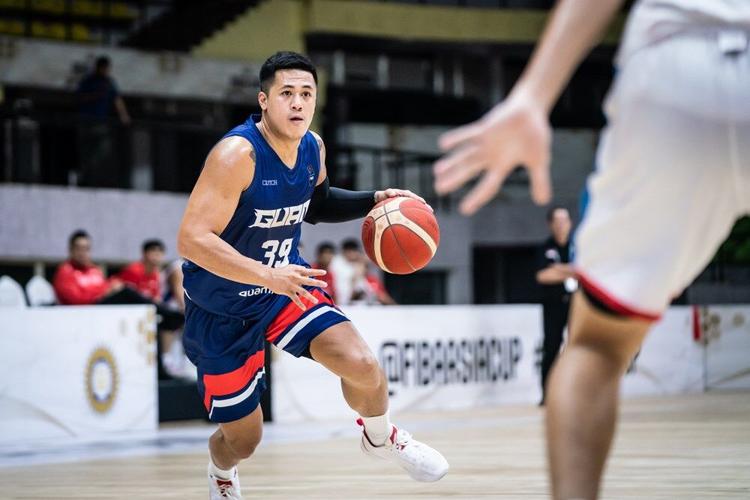 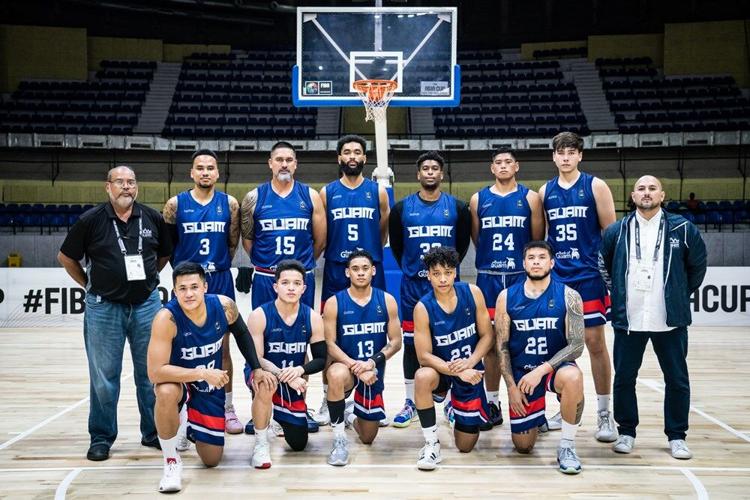 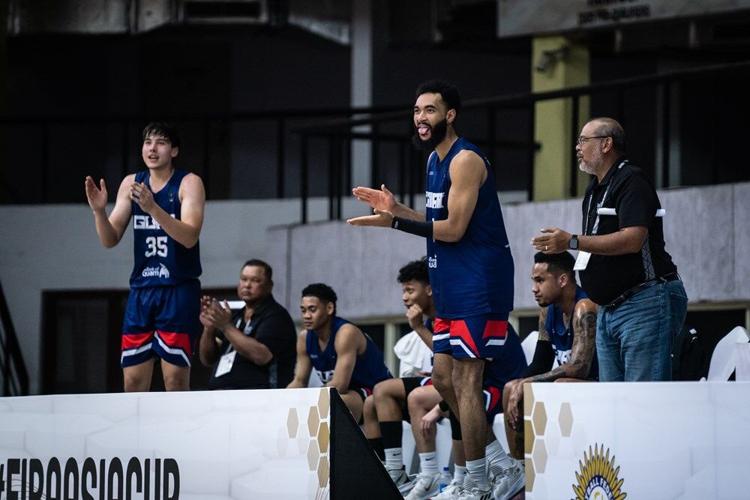 Guam’s dominating play in the paint kept Singapore from making a serious run against the Pacific island nation.

Leading Guam’s sizable Round 1 victory, former UC Irvine star and Big West Defensive Player of the Year Jonathan Galloway finished with a game-high 23 points and 12 rebounds. Guam’s other double-double man, Earnest Ross, drained 10 points, grabbed 11 boards and dished six assists. Jericho Cruz, on loan from the Philippine Basketball Association, scored 11 points and dished out five assists. Jahmar White, one of the best-ever shooting guards in St. Paul Christian School history, scored an even dozen, including two shots from beyond the arc. Daren Hechanova, who shot 80% from the floor, including a 3-point shot, scored 9 points and added four assists.

With three almost-7-footers playing for Team Guam, the Islanders took advantage of mismatches against the diminutive Singaporeans, scoring all but three of their 30 shots inside the paint.

Singapore kept pace with Guam for the first two quarters, but was drastically outplayed in the second half. Two monster dunks from Galloway and a 3-pointer from White spelled the beginning of the end for Singapore.

Guam continued to pour it on in the fourth quarter, including an alley-oop pass from Cruz to former Father Duenas Star Matt Fegurgur, with Fegurgur's dunk highlighting the play.

In head-to-head competition, Guam holds a 2-0 advantage over Singapore. In their previous meeting, Guam defeated Singapore 107-57 in November 2018 at the FIBA Asia Cup 2021 Pre-Qualifiers.

With the win, Guam improves to 1-0. Singapore, with the defeat, falls to 0-1. Singapore and Guam are joined in Pool C by Hong Kong.

In the three other pools, Qatar, United Arab Emirates and Oman make up Pool A. Palestine, Iraq and Kuwait make up Pool B, while Vietnam, Thailand, Malaysia, Tahiti and Mongolia are in Pool D.

According to the FIBA website, the 2025 Pre-Qualifiers consist of two rounds, “and will determine the identity of the 8 national teams joining the 16 who have already qualified for the FIBA Asia Cup 2025.”