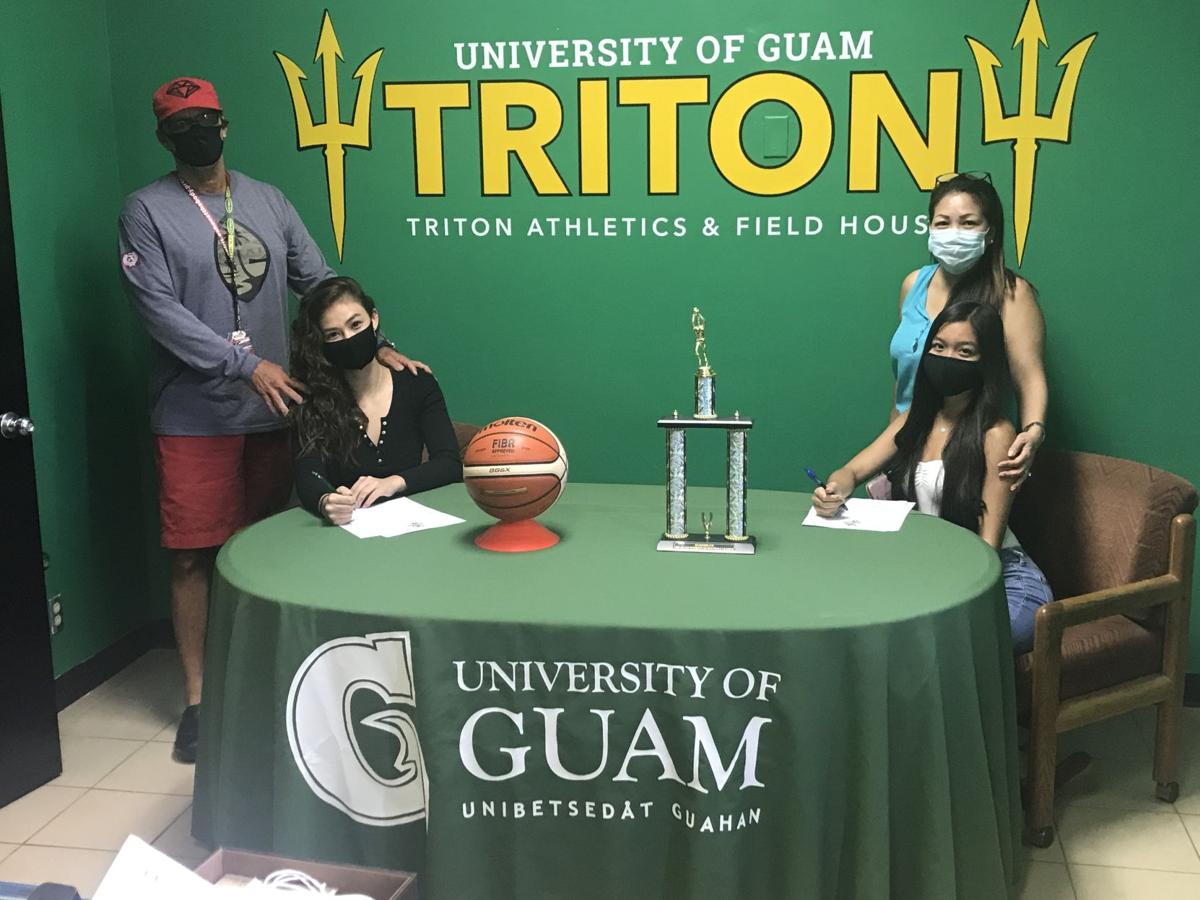 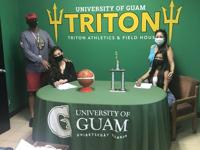 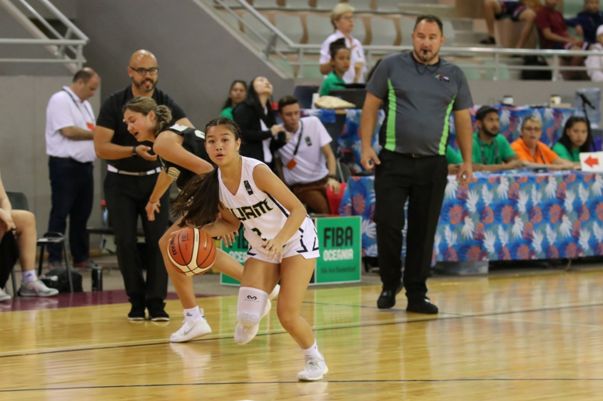 TAKING ON THE OFFENSE: Guam's Kirsten Silva blows past a New Zealand defender during the second day of pool play action at the U17 FIBA Oceania Championships in New Caledonia in August 2019. Photo courtesy of FIBA 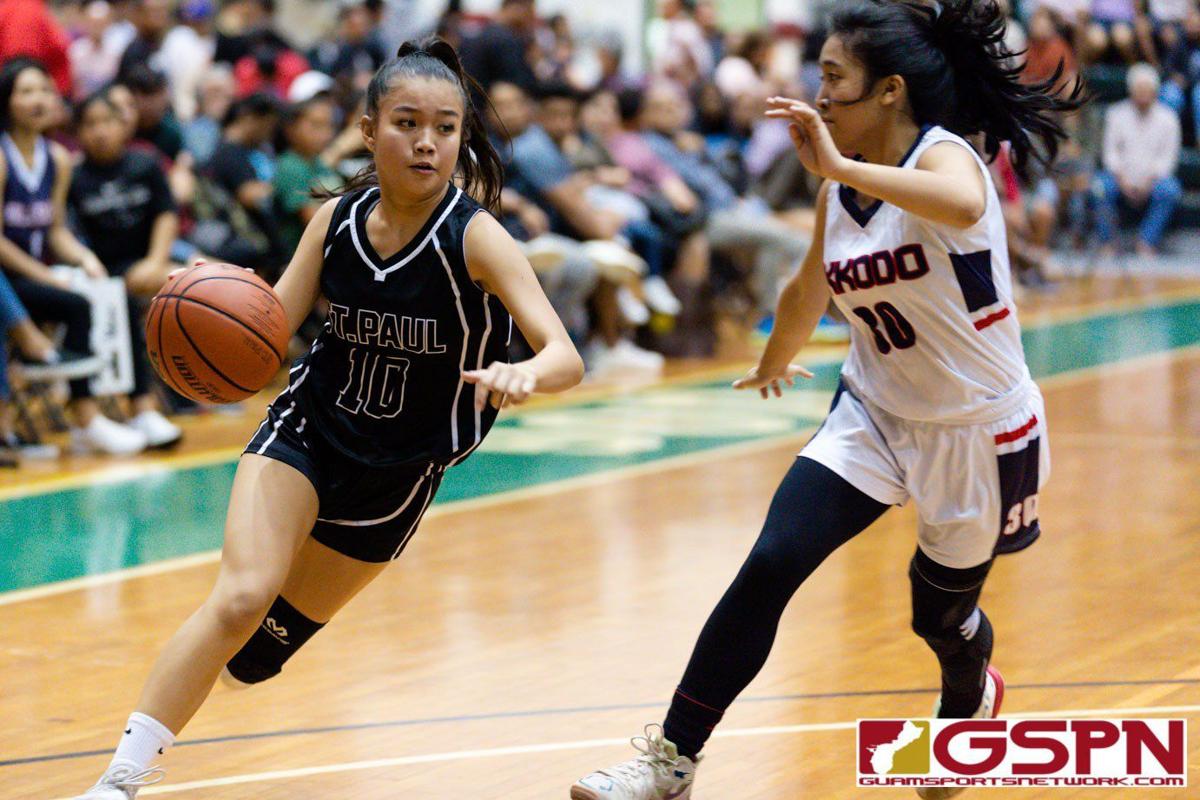 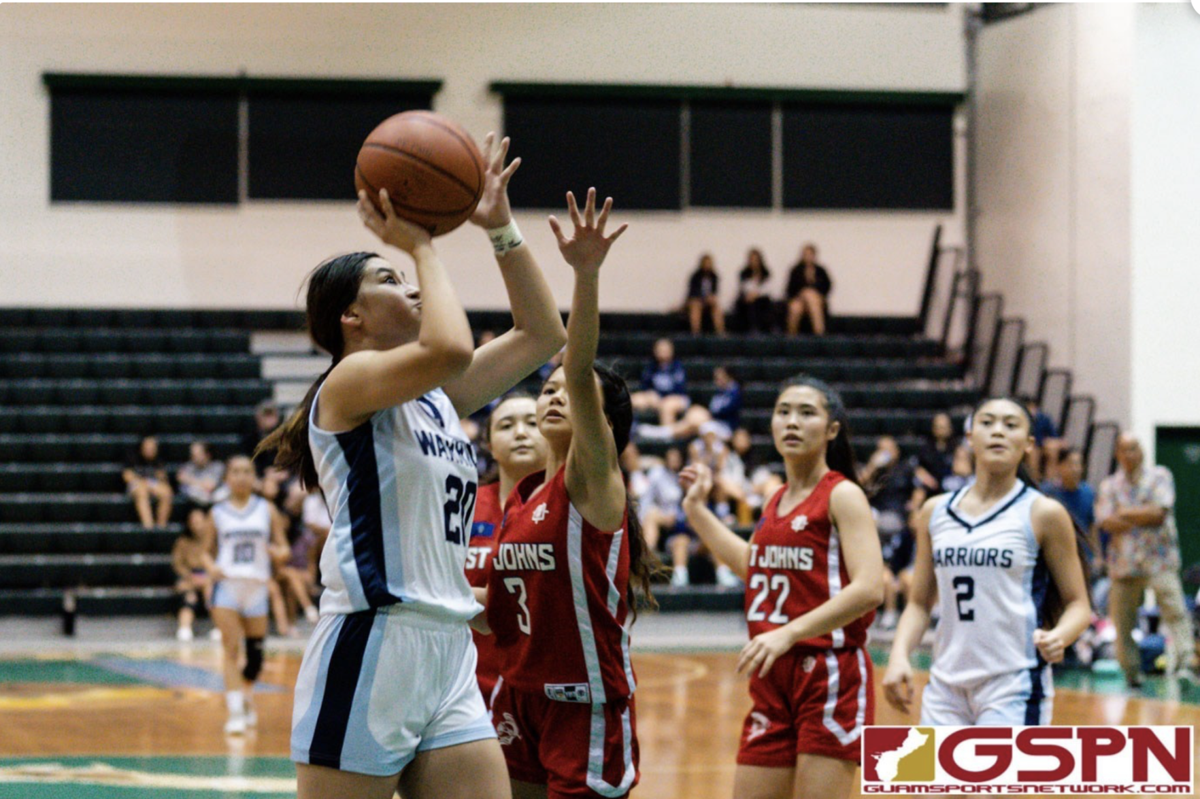 READY TO ROLL: The St. Paul Warriors' Monica Giger rises up for the shot against St. John's in the Independent Interscholastic Athletic Association of Guam Girls' Basketball League semifinal game held December of 2019 at the University of Guam Calvo Field House. Michael Blas/GSPN 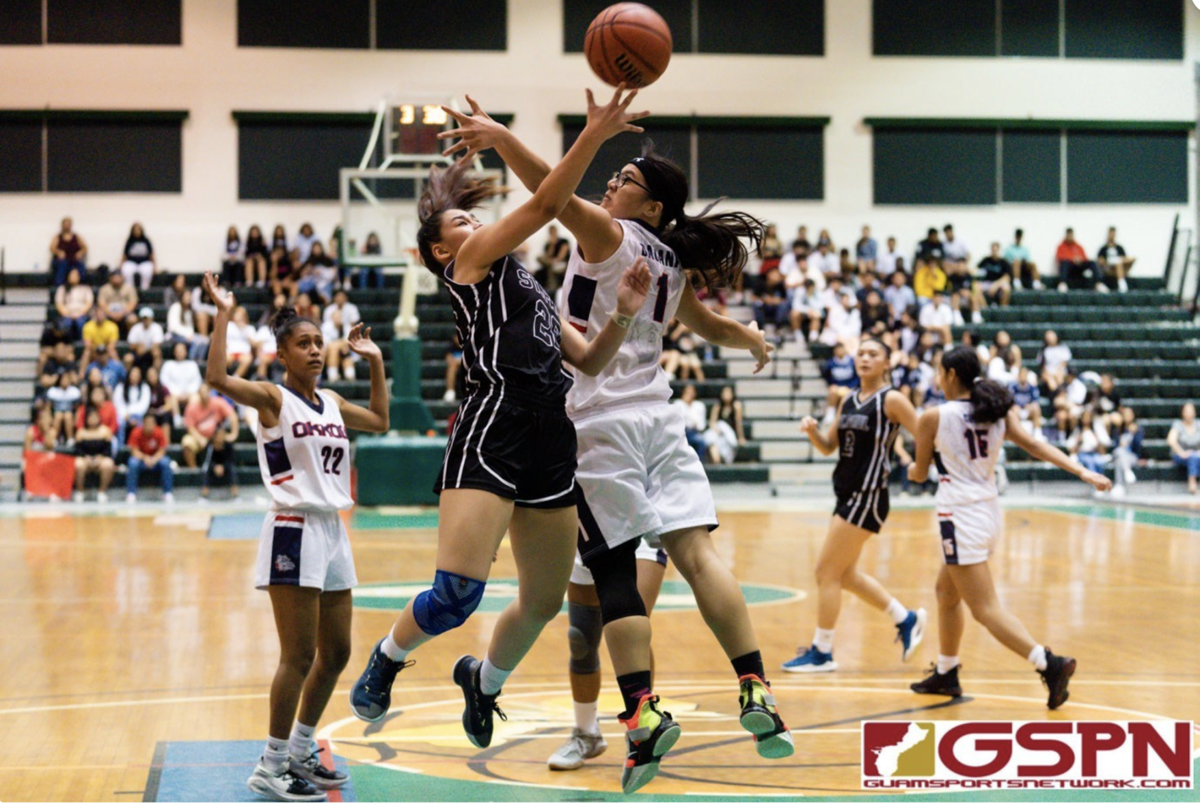 TAKING ON THE OFFENSE: Guam's Kirsten Silva blows past a New Zealand defender during the second day of pool play action at the U17 FIBA Oceania Championships in New Caledonia in August 2019. Photo courtesy of FIBA

READY TO ROLL: The St. Paul Warriors' Monica Giger rises up for the shot against St. John's in the Independent Interscholastic Athletic Association of Guam Girls' Basketball League semifinal game held December of 2019 at the University of Guam Calvo Field House. Michael Blas/GSPN

The University of Guam Tritons picked up two of the island’s top high school female basketball talents when St. Paul Christian School’s Monica Giger and Kirsten Silva signed their letters of intent June 22, committing their talents to the university squad.

The Tritons, which is only in its second year under the guidance of head coach Cecile Olandez, have started to gain traction as part of Triton Athletics’ mission to provide year round athletic opportunities at a higher level of play to island athletes.

With their signed letters of intent, both will each receive partial tuition grants for the academic year.

Both multi-sport athletes who played integral roles in the Warriors’ various sports programs, the duo have been competing together since fifth grade at St. Anthony Catholic School. While they separated for two years, they reunited under the guidance and winning philosophy at St. Paul’s. Between the two of them, they have accumulated several basketball titles, including a three-peat championship under the Warriors’ banner in the Independent Interscholastic Athletic Association of Guam. They also earned several volleyball and basketball titles in the Asian Christian Schools Conference, taking home the basketball title three years in a row. Individually, each has their own accolades in all-island nominations from volleyball, basketball and soccer.

“It is a great day that we can sign two student-athletes of the caliber of Monica and Kirsten,” UOG Athletics Director Doug Palmer said. “They both had offers to play in the U.S. mainland but decided to attend their home institution and compete for the Tritons. … It is a great day to be a Triton.”

What they bring to the table

Giger, who normally played center, is known for being a key cog in the Warrior defense and racks up double-digit rebounds a game. However, her knack for being open at the right times and hitting game-winning shots made her invaluable for the Warriors and difficult to guard for most teams. Her former coach, Paul Pineda, had said her leadership and the ability to be an “extension of the coaches on the floor, setting our defense and communicating our offensive sets” was key in the Warriors’ drive for a three-peat.

Silva, who comes from a basketball family, is a dynamo on the court. Aggressive to the basket and difficult to contain, the speedy guard ran the Warriors offense and played tough ball for the Guam Junior National Squad at several international tournaments, competing against powerhouses like Australia and New Zealand. She will bring her aggression, leadership and ability to handle high-pressure situations to the Triton squad that is hoping to elevate its play in the local basketball scene.

Playing for the Tritons

Both said they didn’t have plans to play for the Tritons, opting to focus on their studies their first year out of high school.

“I didn’t want to pursue basketball after high school. I just wanted to mellow down and focus on my education because I don’t know what I want to do yet,” said Giger, who turned down offers from Ateneo, University of the Philippines and Ozark College. With her eye on criminal justice, Giger said she was eager to get into her studies. However, after a talk with her parents on the pandemic and mulling their options, they decided staying on island would be in her best interests.

For Silva, basketball wasn’t an option either. Her first choice, she said, was to focus on her general education classes before making the move to Las Vegas for her major. Goal-oriented, Silva said she plans to major in business administration.

However after hearing more about UOG, they said it seemed like it would be a good idea to get on the court and be part of UOG’s efforts to blaze a new trail in women’s athletics. Joining forces with their former teammate, Siguenza, also helped them make that decision.

“I’m looking forward to playing with my old teammates, like Niah (Siguenza) and Kirsten, again,” Giger said. “Having another year to play with her would be great.”

“I know a few of the players, so I am super excited,” she said. “The three of us have chemistry from when we were playing high school. Hopefully, this will be another few years to play with each other, and just to see how we really connect.”

They are hoping that bond will translate well when basketball finally takes the court after its forced hiatus due to the COVID-19 pandemic.

“Since we are really close off the court, too, on the court is exactly the same,” Giger said, adding the communication makes it easier to find their on-court chemistry. Even with the new athletes on the team, Giger said she is confident that she and Silva will be able to find their groove on the court once they learn the Triton system.