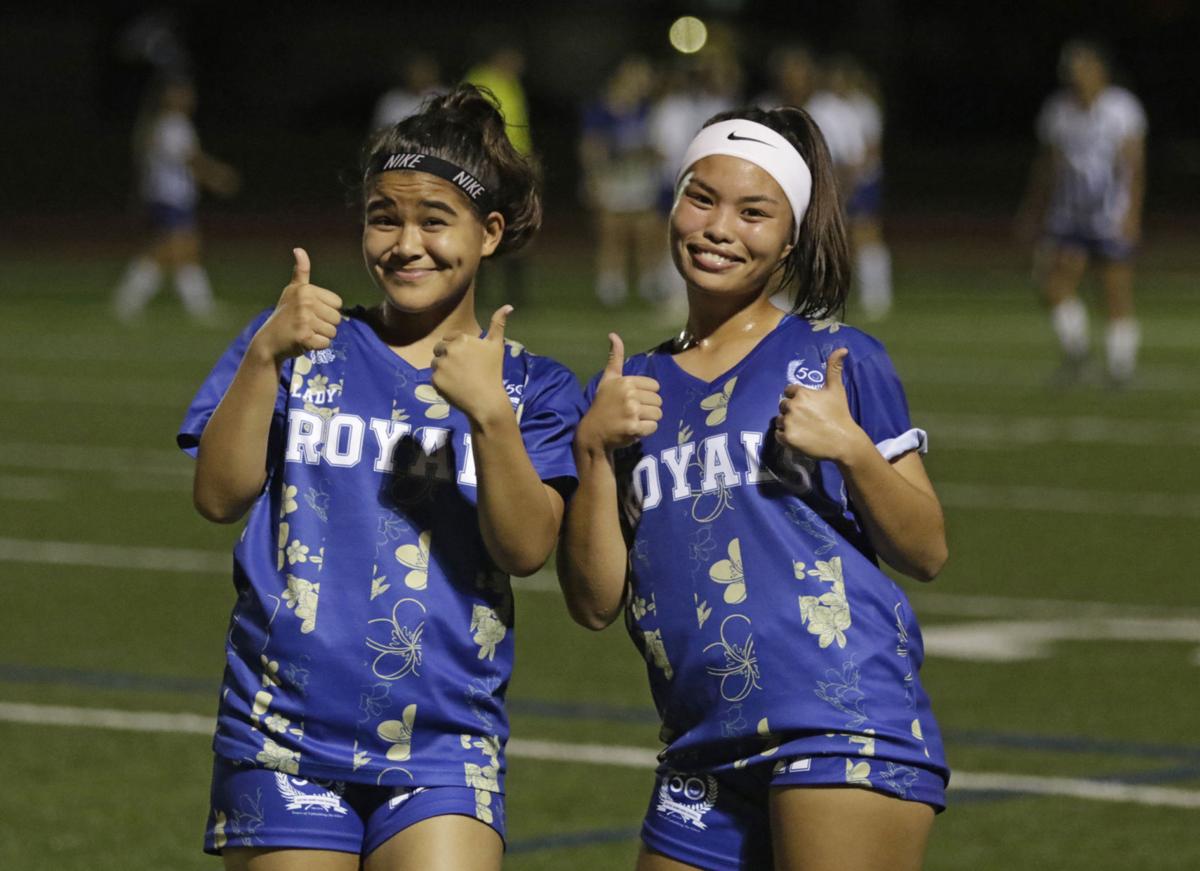 BACK IN BUSINESS: In this 2019 Post file photo, Notre Dame High School Royals' Lauren Phillips, left, and Taylor Paige Aguon give thumbs-ups. Aguon, with a goal in the 70th minute against the St. John's School Knights during an IIAAG semifinals soccer game, helped her team to the 3-1 victory. Gov. Lou Leon Guerrero signed Executive Order No. 2021-08 on Wednesday, April 14, allowing contact sports to resume competition on Friday. Due to the coronavirus pandemic, soccer competition has been sidelined since March 2020. Matt Weiss/The Guam Daily Post 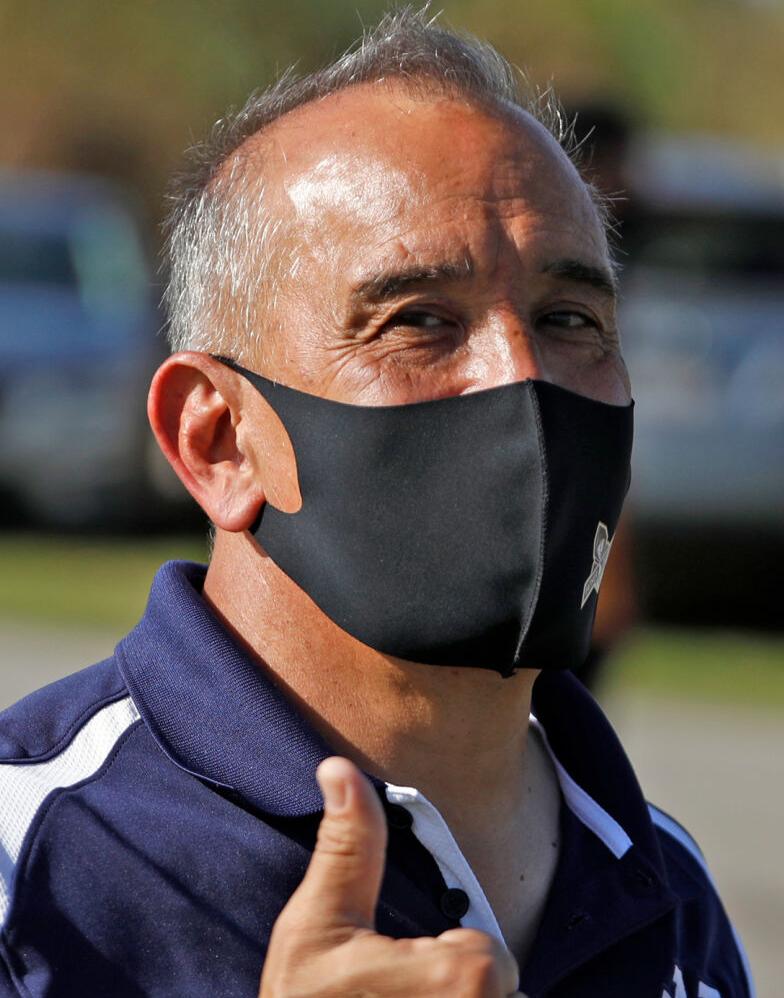 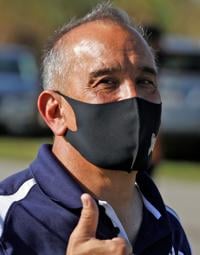 Without the Department of Public Health and Social Services allowing contact sports, the Independent Interscholastic Athletic Association of Guam had canceled girls’ soccer for the upcoming season.

But after speaking with Governor Lou Leon Guerrero Tuesday night, IIAAG President Terry Debold rescinded the cancellation. During the conversation, Debold had learned that the Leon Guerrero was considering lifting the ban on contact sports. And on Wednesday, April 14, the governor lifted restrictions, paving the way for organizations to resume these activities which have remained dormant since March 2020.

"Effective 8 a.m. on Friday, April 16, 2021, contact athletics, including those available at academic institutions may resume competition subject to applicable DPHSS guidance, which shall include limits on spectators, requirements for sanitation and the wearing of masks when practical," stated Executive Order 2021-08, which was signed into law on Wednesday afternoon.

In a letter to stakeholders, Debold wrote that he appreciates Leon Guerrero's  concern and intervention and will “work with my counterparts in the league to reschedule the girls’ soccer season.”

He also told stakeholders that the IIAAG will propose and present a new soccer schedule.

"When we heard the season was on, there was a new energy that you can feel," said Sam San Gil, Notre Dame High School girls' soccer head coach.

“Despite the shortened schedule, I hope the Governor's action will allow our student-athletes (to) enjoy a better high school sports experience,” wrote Debold.

When Lauren Phillips, a 17-year-old senior and team captain of Notre Dame's soccer team, heard that soccer had been canceled, she was devastated.

"So, when I first found out, Coach Sam called me after school and, initially, when I picked up the phone I just knew it wasn’t going to be good news," she said. "Coach told me that our season got cancelled and, immediately, my heart broke.

"I was praying and hoping that we would have a season because it is my senior year. From my freshman point of view, I have always wanted to become one of the leaders of the team. Even though they canceled the season, I felt that it was just not real, and I never gave up hope."

In less than a day when IIAAG canceled soccer, what started as a glimmer of hope quickly turned into a ton of triumph. With soccer back on the table, Phillips, teammates, and the rest of the island's contact sport athletes can return tp the games that define them.

"When I heard that the season was back on, I was beyond excited and ready to train more with the team," Phillips said. "Personally, as a student-athlete, it takes a lot of dedication both to school and to sports.

"My commitment to soccer pushes me to become a better student because school comes first. Soccer has always been an important part of my life. I grew up playing the sport since I was 3 years old, and have always wanted to play at the highest level."