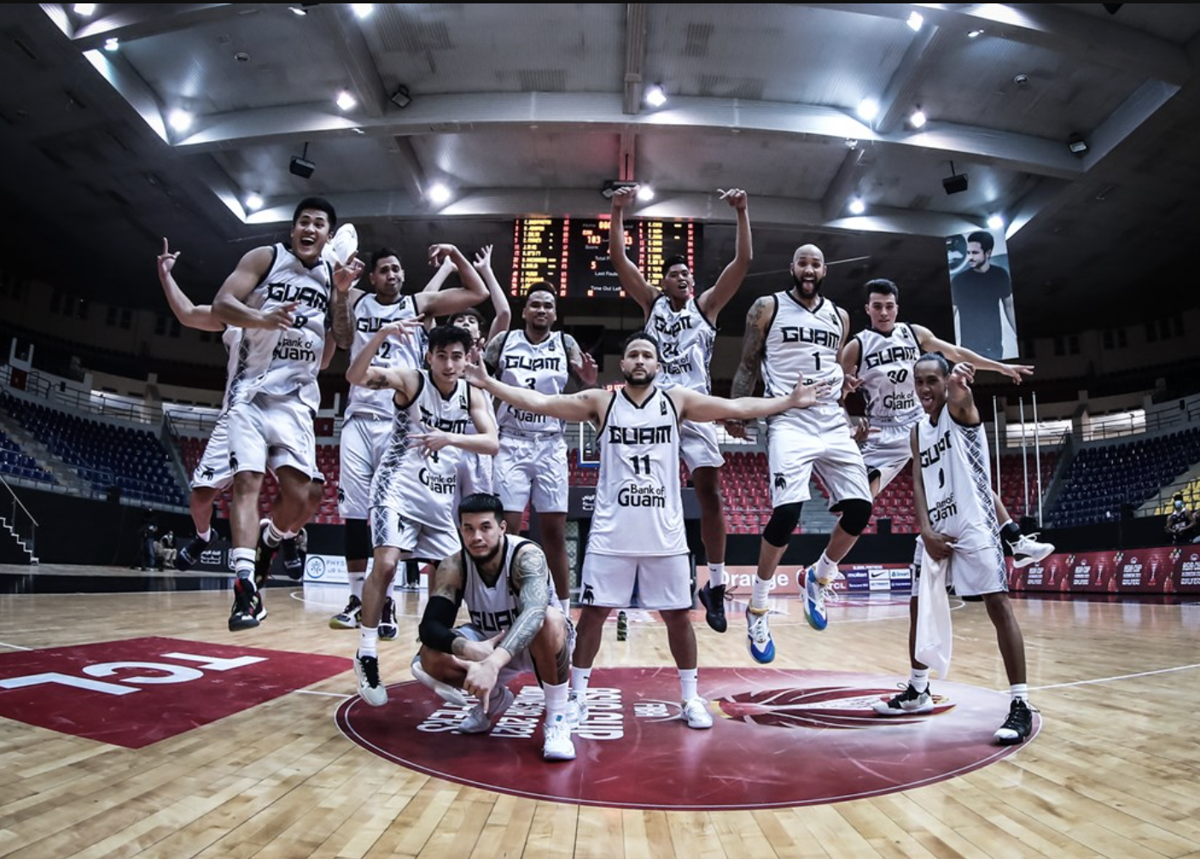 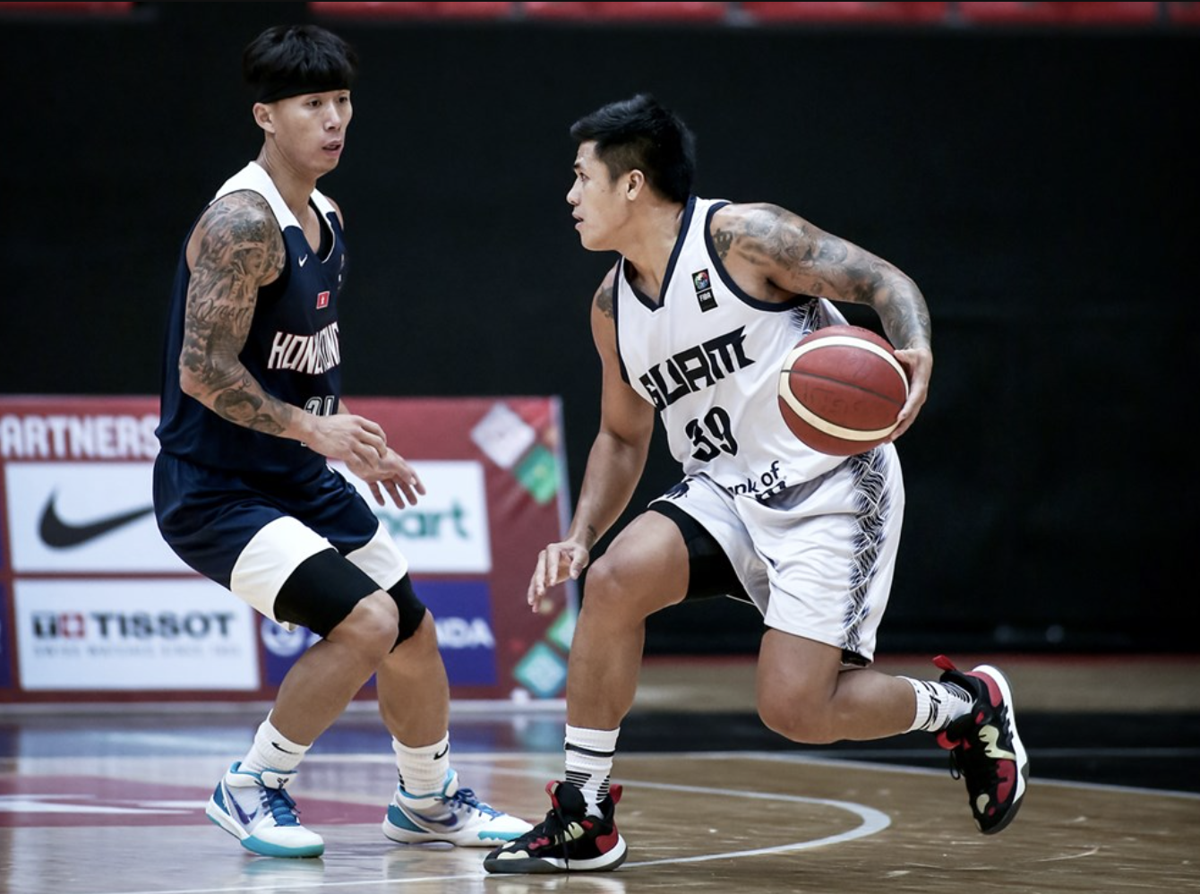 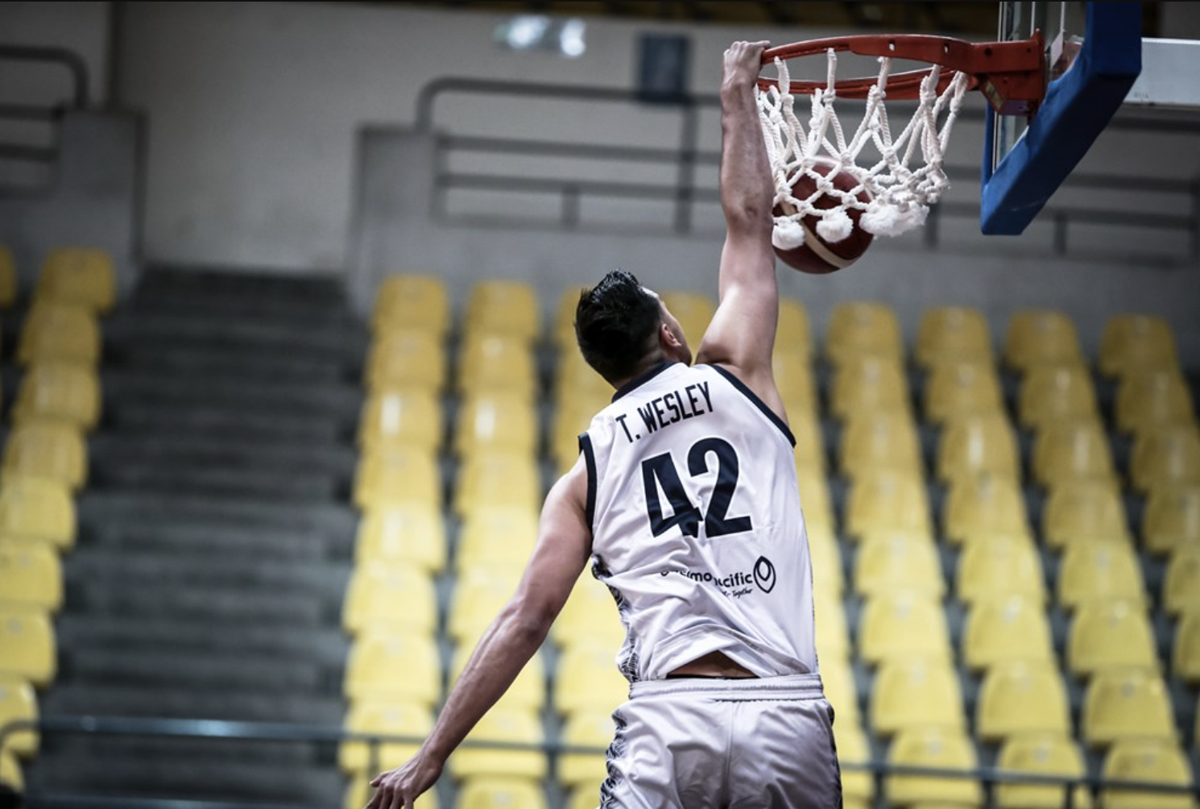 DUNK: Guam's Tai Wesley throws down two of his 25 points against Hong Kong Sunday evening at the 2021 FIBA Asia Cup Qualifiers in Amman, Jordan. The big man finished one assist shy of a triple double in the opening game. Photo courtesy of FIBA 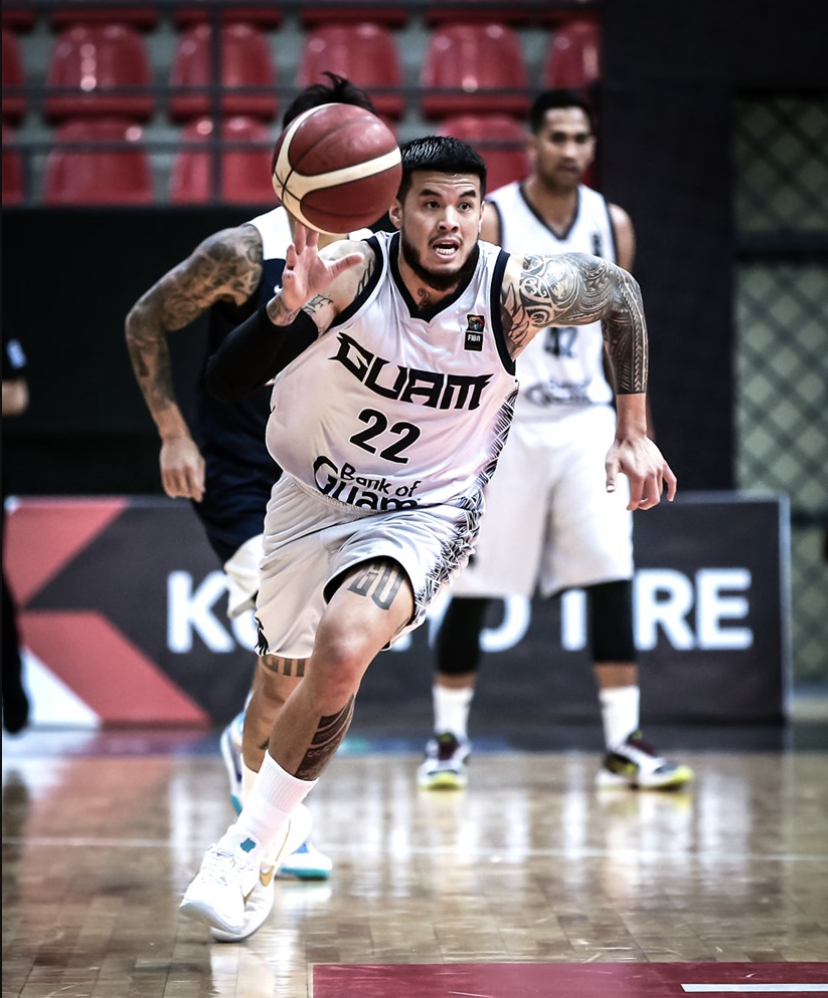 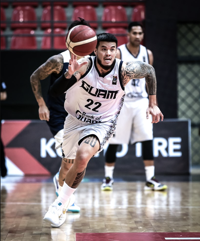 DUNK: Guam's Tai Wesley throws down two of his 25 points against Hong Kong Sunday evening at the 2021 FIBA Asia Cup Qualifiers in Amman, Jordan. The big man finished one assist shy of a triple double in the opening game. Photo courtesy of FIBA

For hardwood fans who willing to stay up late Sunday evening, they were treated to a dominant Team Guam victory at the 2021 FIBA Asia Cup Qualifiers in Amman, Jordan over Hong Kong.

The win – its first ever at the FIBA Asia Cup Qualifiers – is huge for the island, but the celebration is still tentative with Guam having to win one more on June 15 against Hong Kong again to secure a spot at the qualifying tournament in Indonesia in August.

With the win in their pocket, Guam is even more rabid to gain a seat to Indonesia, said head coach EJ Calvo.

“It feels great … but we are still very hungry!,” he said. “We are happy to be back in action and to get the win, but we know we can clean up miscues and play better!”

Back in play after more than a year due to COVID-19 restrictions, Guam didn’t look like they were suffering from any pandemic rust as they outsized and outmuscled Hong Kong to a 20-3 lead in the opening minutes.

Feeding Tai Wesley, the big man made short work of Hong Kong’s interior defense, easily spinning in to find the bottom of the net. With Darren Hechanova running the offense, things looked smooth and Jericho Cruz was phenomenal, cutting to open spots and hitting all his shots in the opening stanza to keep the momentum going.

HK’s first trey dropped and the next six clanked early on. But, Hong Kong took advantage of Guam’s miscues on the perimeter and found the back of the net to sink four treys to cut the deficit.

But without an answer to Cruz, Hechanova and Wesley, the Guam team closed up the quarter 35-19.

Coming off the first break, Hong Kong stepped up their defense, gambling to counter Guam’s size. Throwing double and triple teams at the post, Hong Kong eked back in, capitalizing on the confusion and inexperience of Guam’s bench to get within 9 with 4:54 left in the quarter. On the offensive end, HK was a different team, finding hope in the long-range with multiple dribble hand offs in an effort to scramble the Guam defense.

Guam subbed its starters back in and Cruz, Curtis Washington and Joe Blas went to work, pulling away again for the 52-38 halftime score.

Coming off the half, Hong Kong extended its defense, hoping to keep the ball out Wesley’s hands, Running a 2-3 zone and a three-quarter press, they fought to keep the game tight.

But, Guam was not to be denied with Ben Borja picking up the trash on key possessions to increase the lead to 20.

In the fourth quarter, Guam pushed the pace, pushing the lead to 28. Hong Kong showed some fire, cutting the deficit to 13 and prompting a Guam timeout to stem the tide.

However, the frenetic pace of the game started to show on the HK shooters who started hitting iron or backboard on almost every shot. The depth of Guam’s bench also started to showcase its power, pulling away for the 103-83 victory.

Wesley and Jericho Cruz were the top scorers for Guam with 25 and 24 points, respectively. Guam was also spectacular, totaling 32 assists in the game – a testament to their offensive fire. Wesley capped his offensive performance one assist shy of a triple double – 10 boards and nine assists. Cruz added 7 assists to his night’s game.

Washington had 16 points, while Blas contributed 12 points to the offensive showcase. Hechanova finished with eight assists and 15 boards for the night.

Guam’s next game against Hong Kong will be today at 6 p.m. local time. A win would definitely elevate island basketball to new heights.

Looking ahead, Calvo said, Guam will play better defense on the perimeter to keep HK’s shooters from finding their stroke.

When asked what he said to get the Guam team locked in during the fourth quarter when Hong Kong rallied, he said he reminded them of their training and their commitment to play hard on defense.

“We definitely let our intensity on defense down when they made that run,” he said.

He also thanked the Guam fans for their continued support.

“Thanks to all our fans for their support and motivation,” he said. “It’s always an honor to represent Guam on the world stage!”