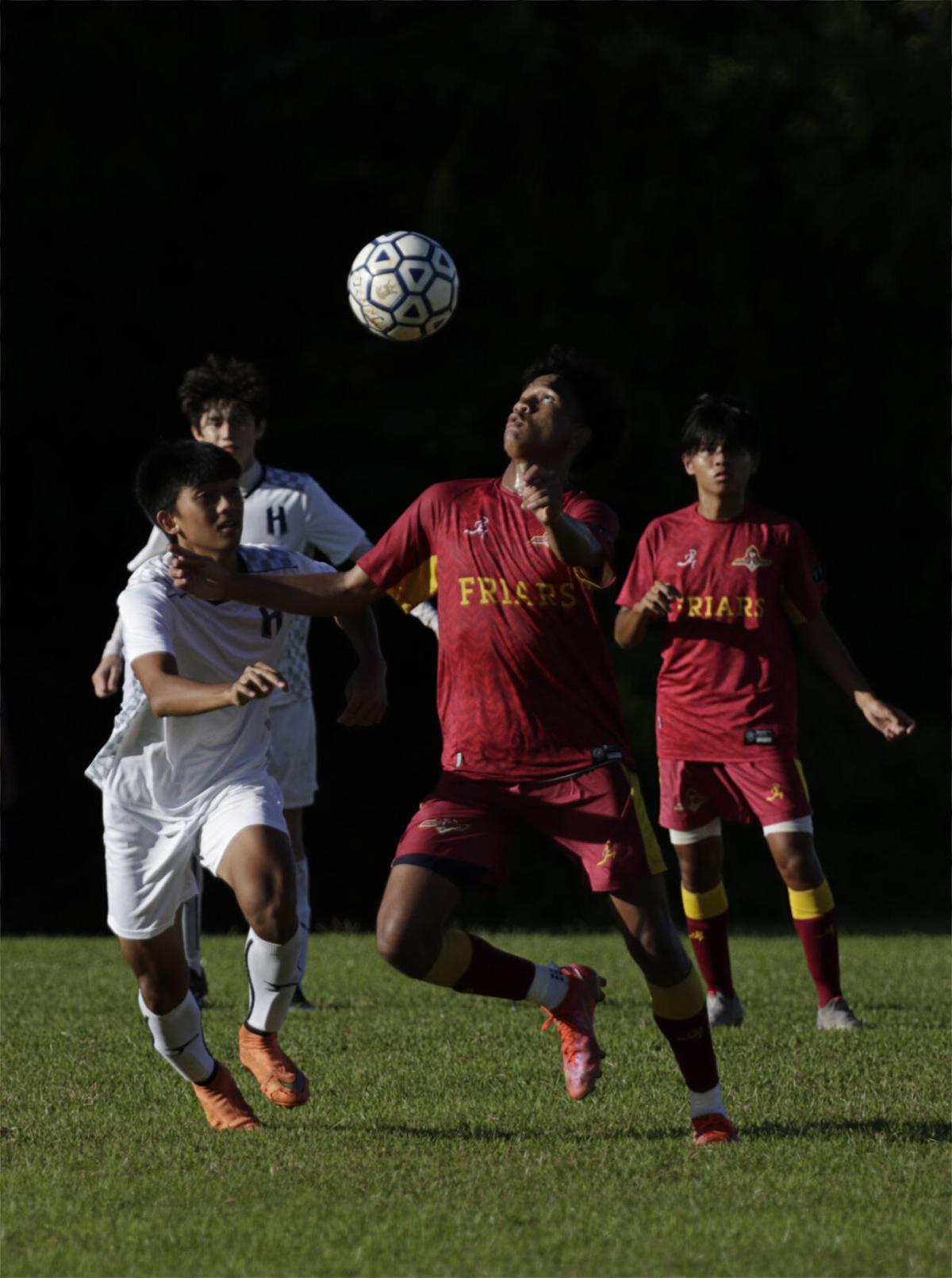 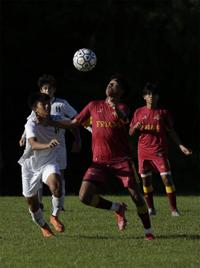 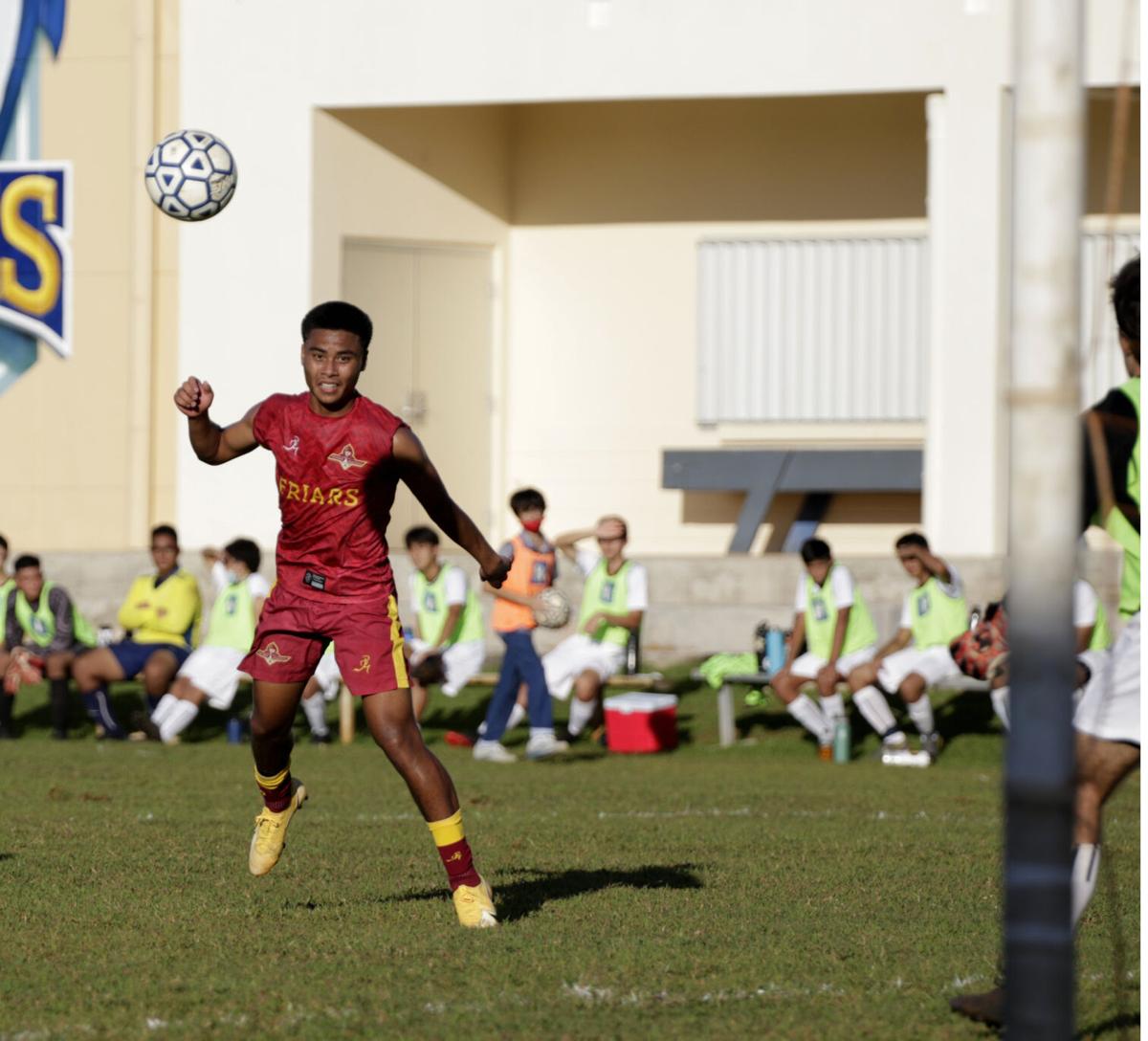 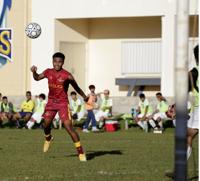 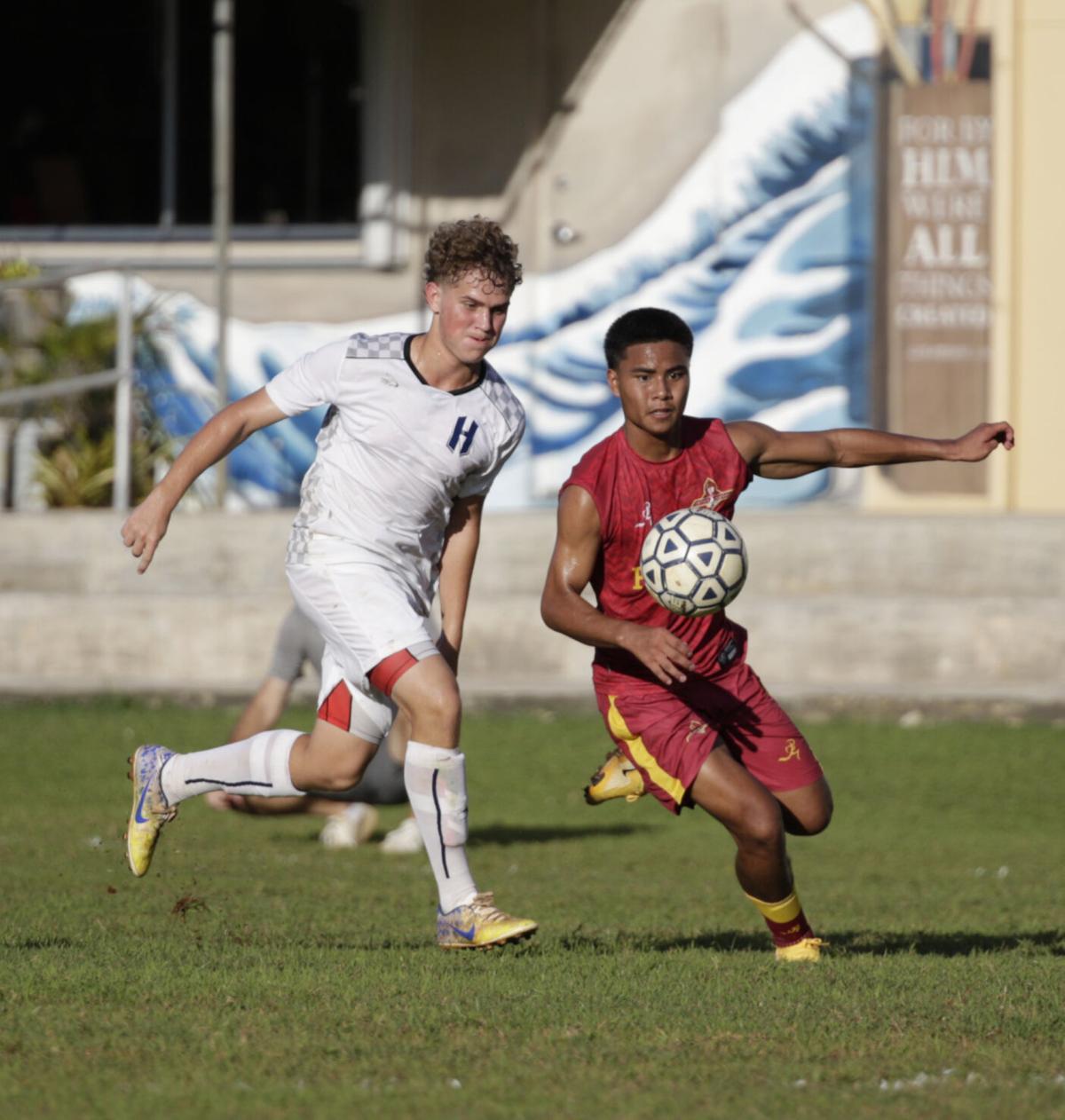 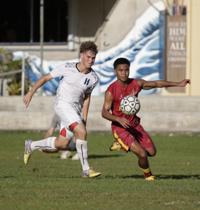 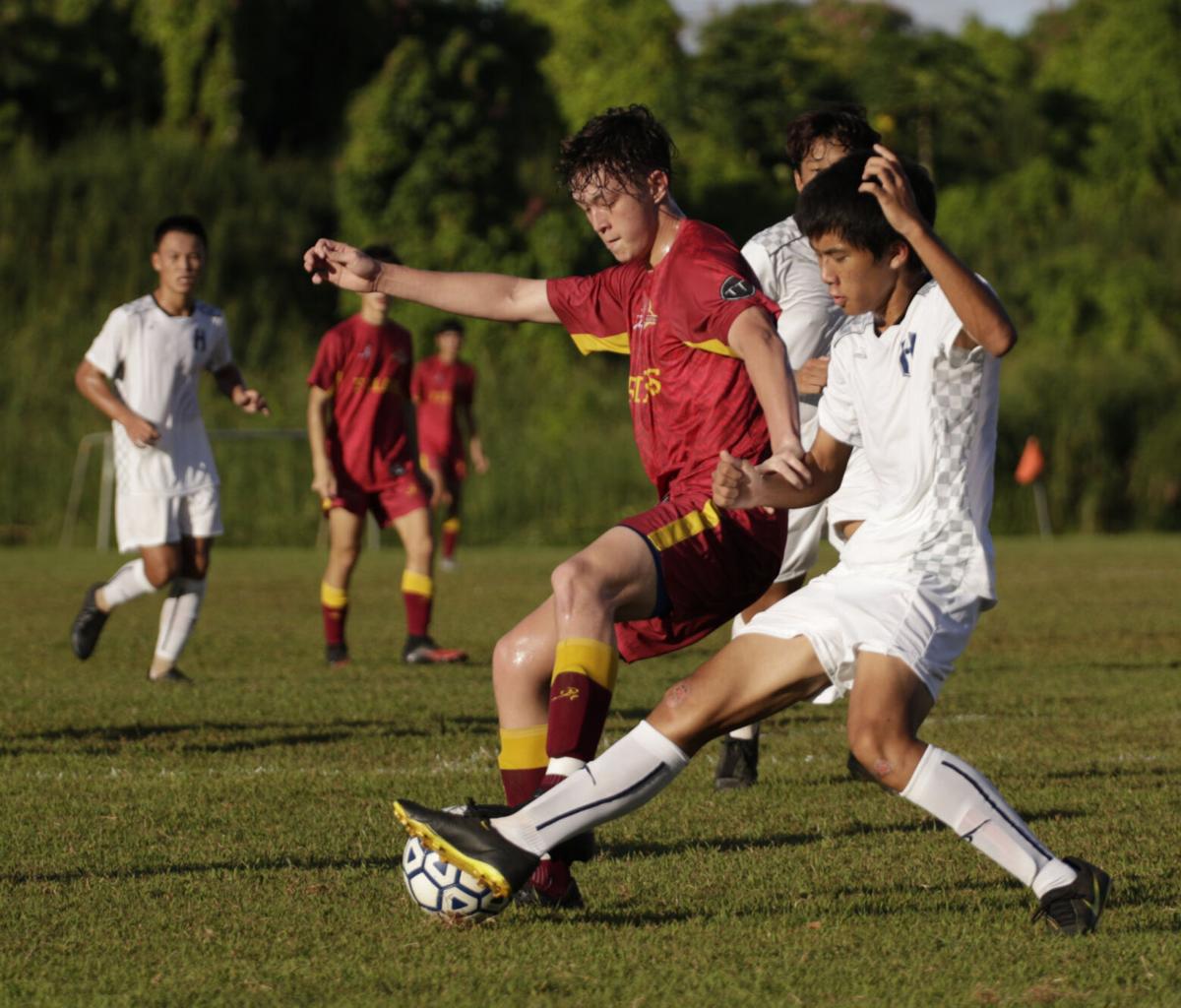 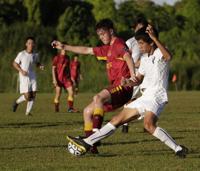 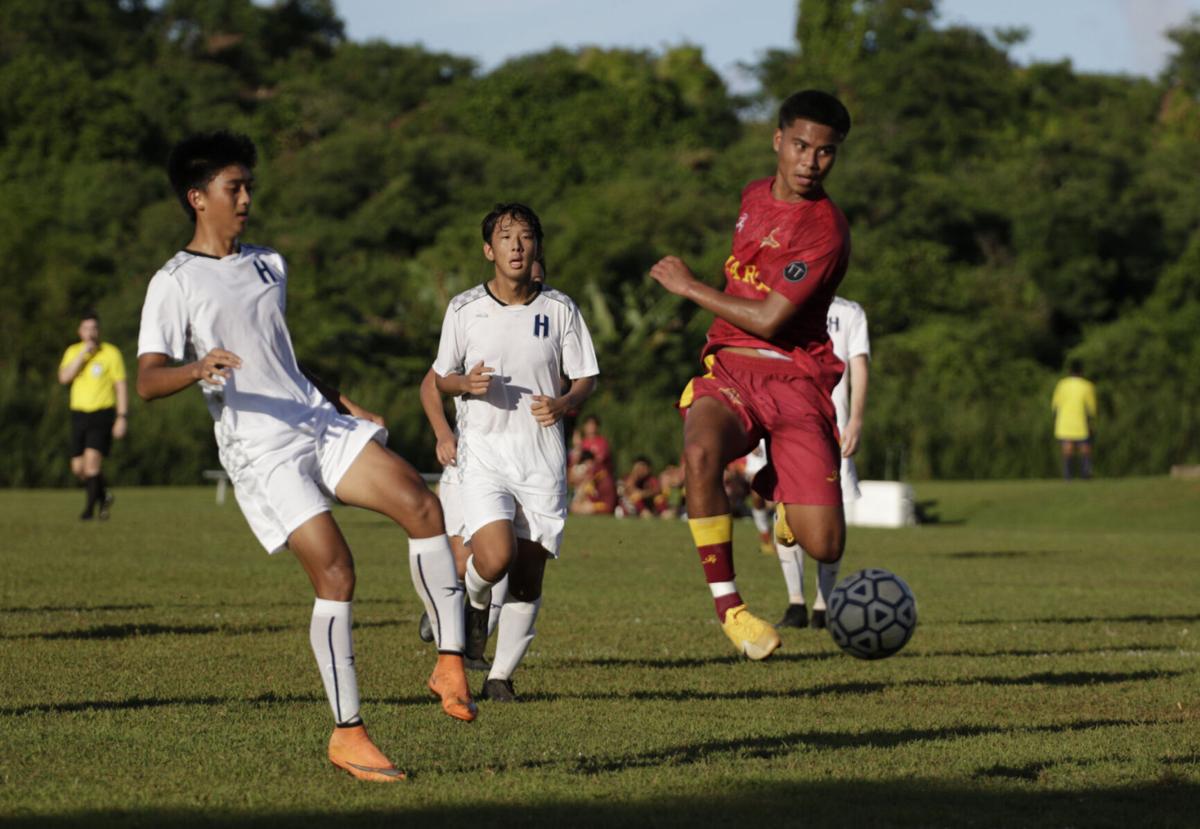 SHOOTING: The Friars' EJ Sablan takes a shot on goal as Harvest's Christian Shinohara, left, and Seungchan Lee try to defend during an IIAAG soccer game on Nov. 4, 2021, at HCA in Toto. The Friars and Eagles tied 1-1. Matt Weiss/The Guam Daily Post 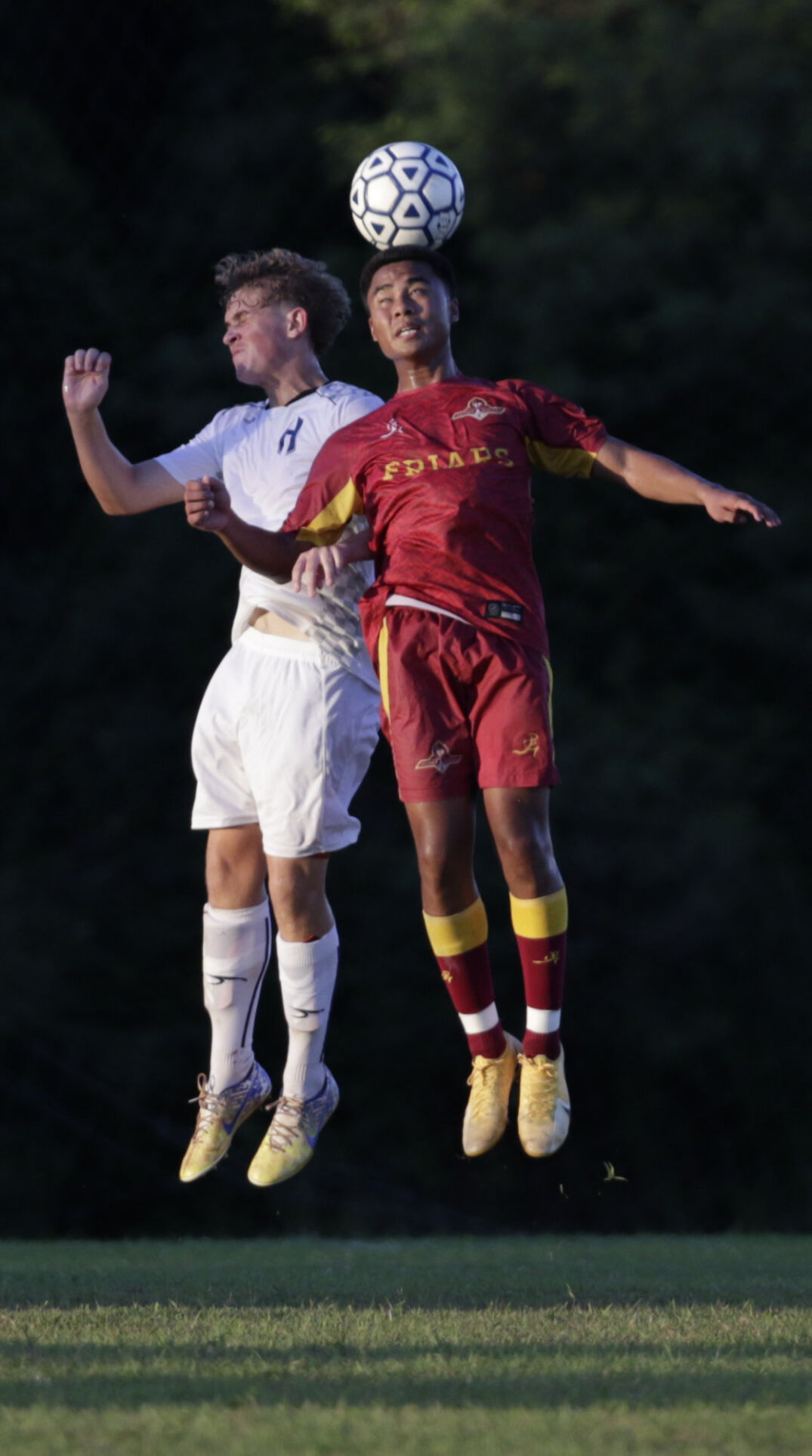 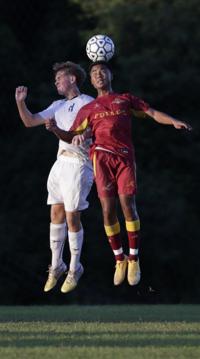 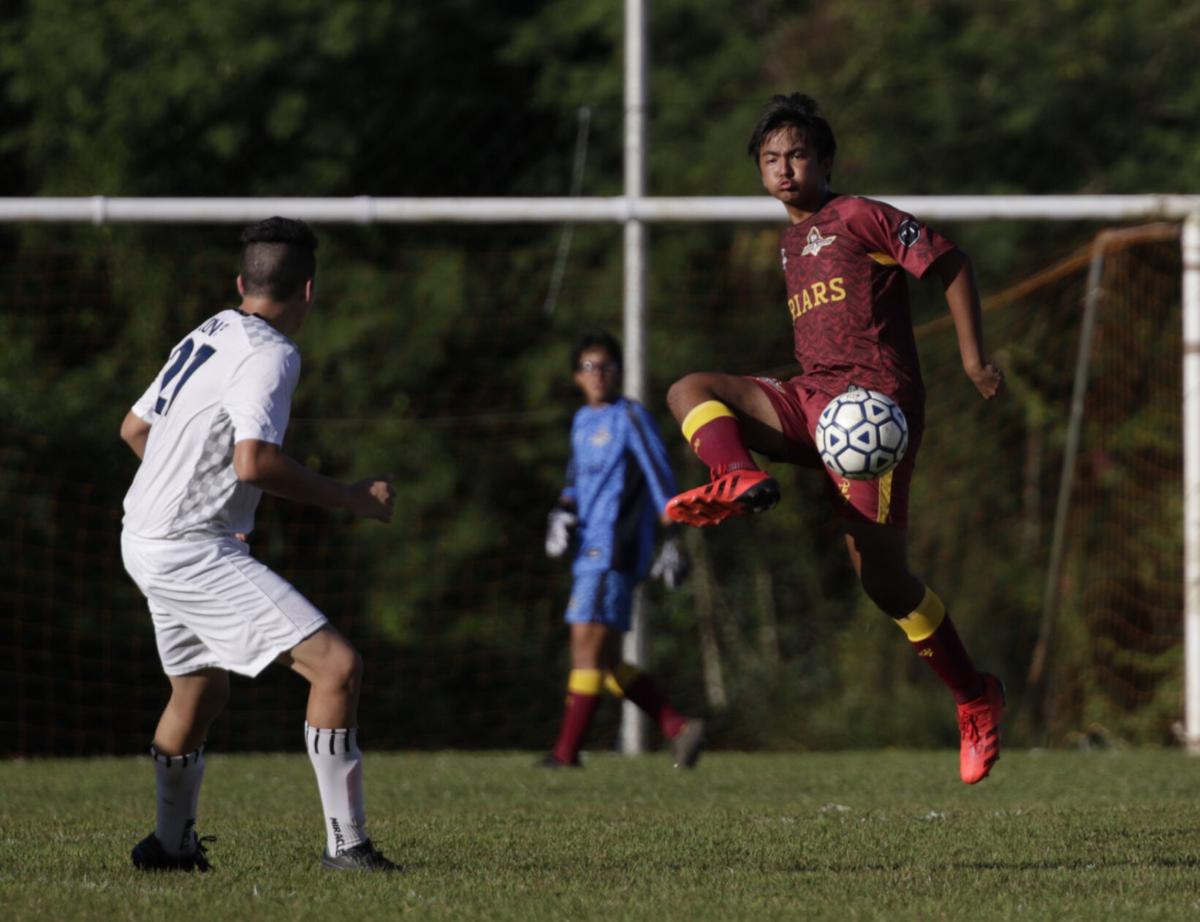 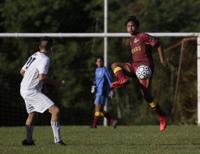 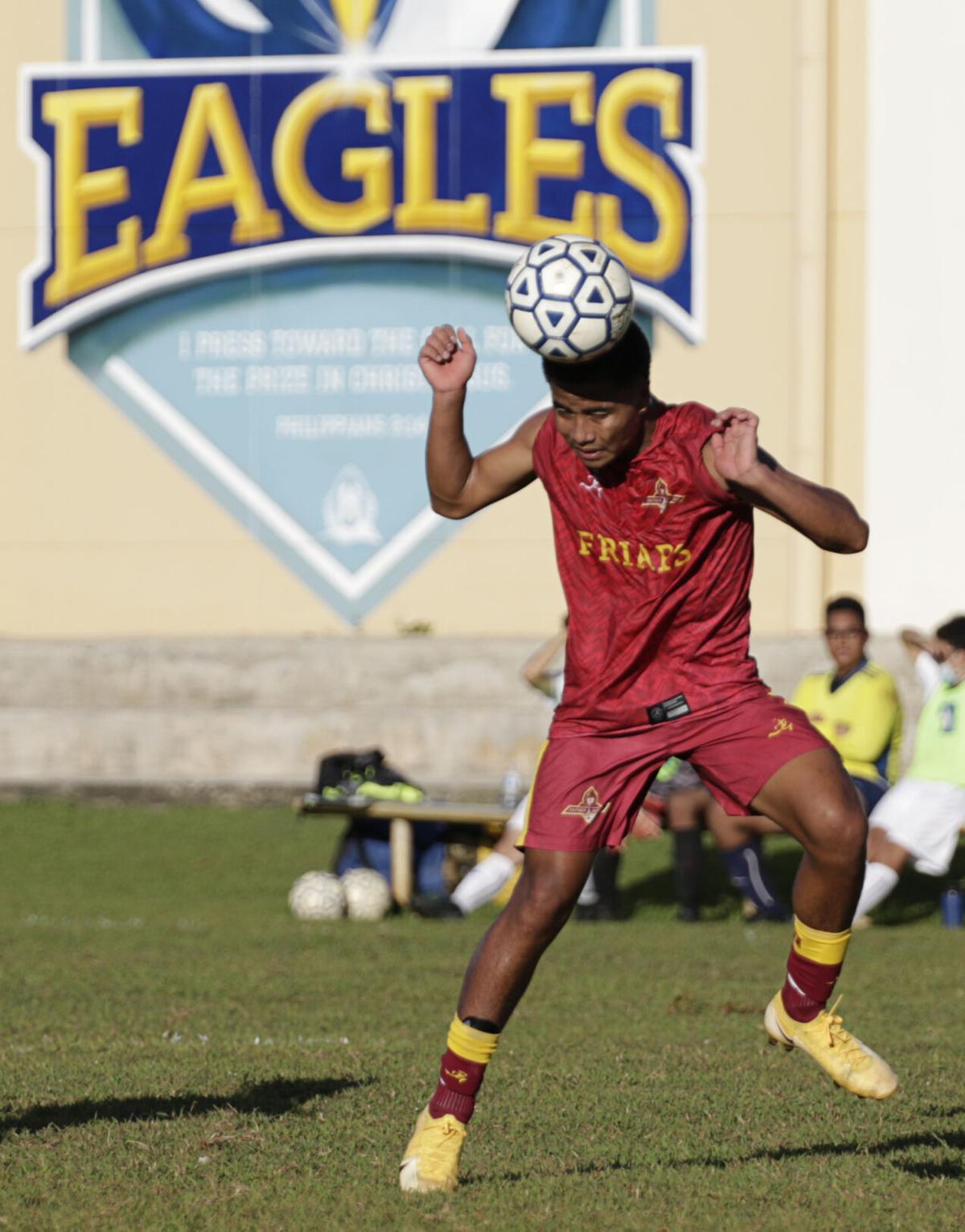 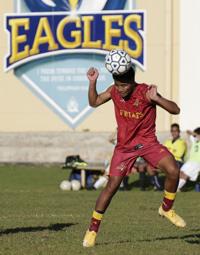 SHOOTING: The Friars' EJ Sablan takes a shot on goal as Harvest's Christian Shinohara, left, and Seungchan Lee try to defend during an IIAAG soccer game on Nov. 4, 2021, at HCA in Toto. The Friars and Eagles tied 1-1. Matt Weiss/The Guam Daily Post

Heading into the second round, in Toto, the Friars held the two-game series advantage 1-0. But in that first meeting, where FD defeated the Eagles 3-1, Harvest shut out the maroon-and-gold in the second half, proving they could slow down the undefeated Friars.

Traven Kaae, who had replaced Jones, played 58 minutes and stopped every shot he faced.

“I felt like the goal should have set the tempo," Sablan said. “To me, I don't think we played a good game.”

With time running out in the first half, one minute into stoppage time, Harvest’s Justin Guilliod hit a header over Friars goalkeeper Jacob Toves. Guilliod, with a clear path to the goal, motioned for his teammate, one of his best friends, Raito Atsuta, to loft the ball his way. Greeting the ball above a Friars defender, Guilliod tied the game.

“If I am being honest, I felt the rush and the adrenaline of that goal,” Guilliod said. “It was my first goal of the season, and I was - honestly - shocked.”

Guilliod, a 15-year-old sophomore, credited his team with the win.

“I like our hunger, our commitment. I like our hustle - our defense is amazing, our offense is even better. Levi Buckwalter, David Thompson, Matt Hodgins, Caleb Elwell, all of those guys, they are amazing on the field, and they know what they're doing.”

At halftime, with the game tied 1-1, Sablan and Norton stormed onto the field. Two minutes into the half, Norton sent a blast just over the crossbar. Six minutes later, Kaae saved one of Sablan's shots, a bullet directed just inside the left goal post.

With the clock showing two minutes remaining, the Friars’ Kane Bamba suffered what appeared to be a bad knee injury. Unable to get up and leave the field under his own power, the Friar was helped to the sidelines and taken away in an ambulance.

When play resumed, Sablan had two more shot attempts denied. Disappointed with his and the Friars’ performance, Sablan knows FD is going to have to play better in the playoffs.

“We can’t take the ‘ship playing like that,” he said.

“I think I could have done way better. I'm not satisfied with tonight. It won’t happen again, I’ll tell you that,” Sablan said.

“It was my first goal of the season, and I was - honestly - shocked.”

- Justin Guilliod, on scoring his first goal of the season for the HCA Eagles and tying the game 1-1