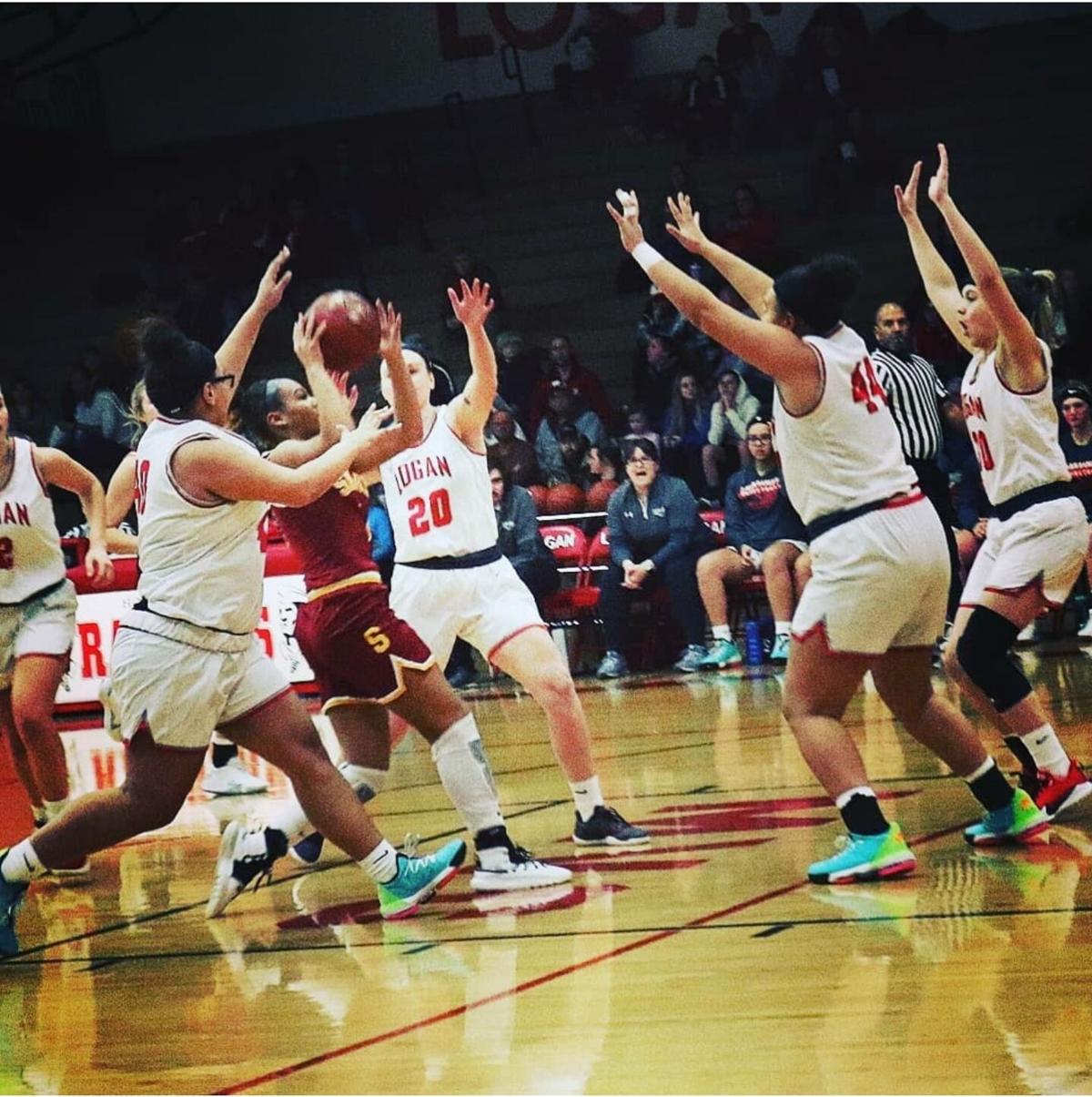 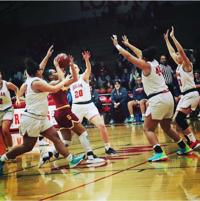 A NEW GAME: As a sophomore point guard for Sparta High School in Wisconsin, Guam High standout Taneea Henderson has earned several Player of the Week nods. The junior has also steadily made a name for herself in the Wisconsin AAU circuit. Photo courtesy of Jason Henderson 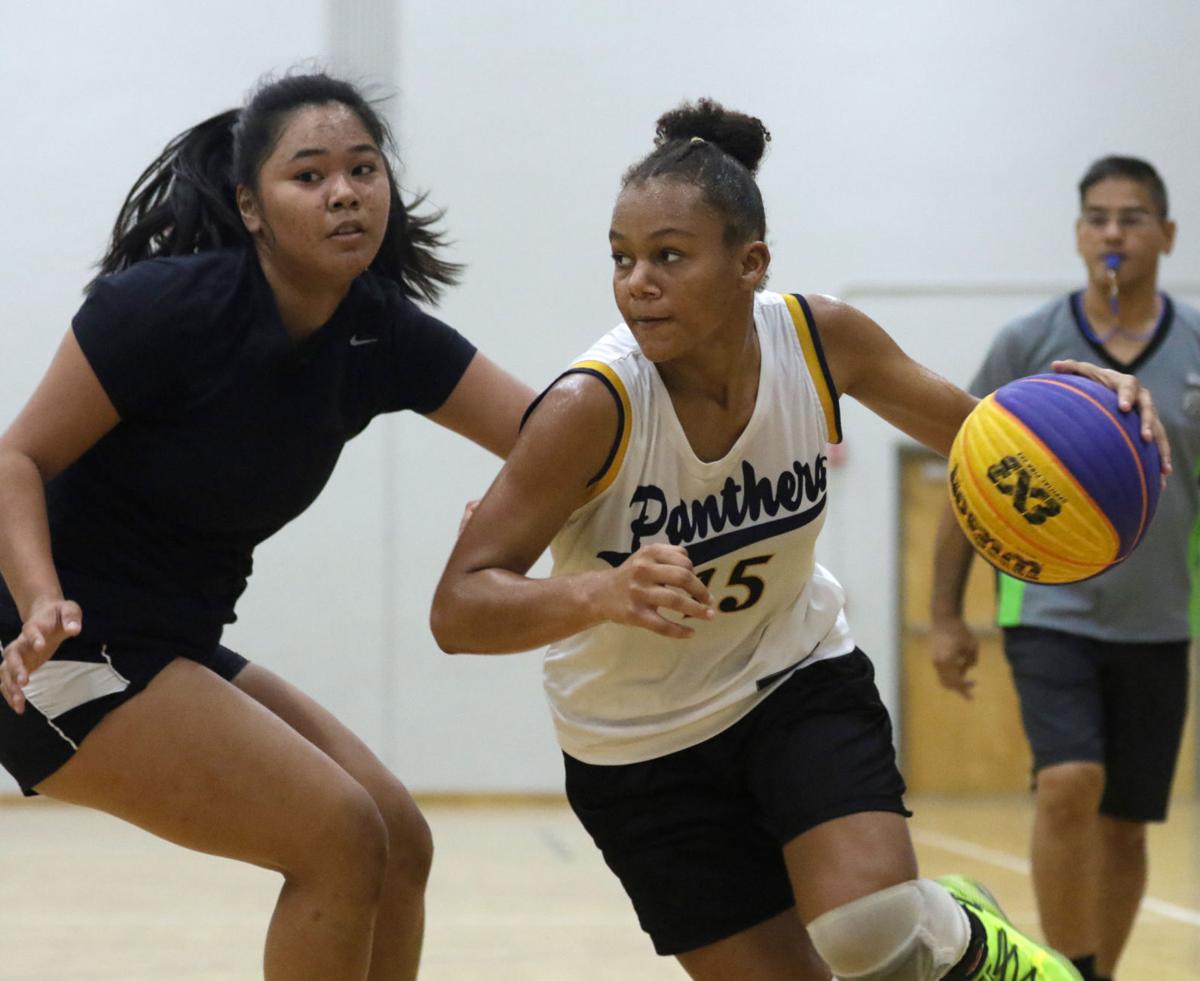 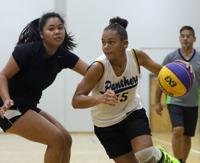 A NEW GAME: As a sophomore point guard for Sparta High School in Wisconsin, Guam High standout Taneea Henderson has earned several Player of the Week nods. The junior has also steadily made a name for herself in the Wisconsin AAU circuit. Photo courtesy of Jason Henderson

Junior Taneea Henderson has been making some noise since she left island last year for the snow and ice in Wisconsin.

On Guam, Henderson was a dynamic playmaker on the basketball court, armed with a unique ability to cut through defenders and finish at the rim. Her ability to score in bunches made her a nightmare to defend. Her long reach made her a tenacious defender, allowing her to wreak havoc on opposing offenses. Her ability to score through contact and finish despite her youth got her heavy minutes on any rotation. In her freshman year at Guam High, she led them to one of their best finishes in years – a third-place trophy against a tough Notre Dame team.

On the road, she discovered a knack for running, picking up an All-Island title and a winning run with the Guam High Panthers in cross-country and track and field. She readily admits she joined running to stay in shape for basketball. She didn’t expect to like the sport as much as she did, but the humble teen found a home and a different type of camaraderie on the field of athletics.

Since she left island, the 5’8” Henderson has carved a niche for herself, earning several accolades as the point guard for Sparta High School. Leading the team in points and assists, she was named Player of the Game several weeks in a row back in February. During the summer, she suited up for the Wisconsin Playmakers 17U Showcase Team out of Eau Claire, Wisconsin.

“it’s a great family-oriented organization with caring coaches,” she said. “We, as a team, have been doing great … we got fourth in the National Tournament this summer.

While COVID put a slight dent in her plans, she’s back on the court, ripping up the competition. Just take a look at her highlights on her YouTube page or her dad’s Instagram. Recently, Wisconsin Prep ranked her No. 13 in the state for the Class of 2022, opening the door to a college education.

Her dad, Jason, shared some of the recruitment pitches from several four-year universities – a testament to their work. Already, they’ve had interest from University of Tennessee – Martin, Cleveland St. along with several DII universities from Minnesota and Michigan.

Showing out against some of the best AAU teams in Minnesota has allowed the 16-year-old to level up in a way she didn’t expect.

Seeing the level of competition, Henderson and her family took it upon themselves to shore up their training regimen, upping their reps and improving their agility when COVID took them off the court.

The focus on footwork and strength has allowed Henderson to improve her defensive instincts, she said. Always a good finisher, Henderson has added a quicker release on her long-range shots, a strong left attack and a stronger core to absorb contact on drives to the rim,

“I think along with my left hand, my defense has gotten a lot better because of the competition,” she said. “With COVID shutting down all the gyms, me and my brothers have been just working everyday on the outside courts on my shooting and agility workouts.”

Watching her dad’s highlight reels of Henderson’s summer games, it’s easy to see the maturation in her decision-making and ball-handling skills.

“I have had to really sharpen my ball-handling skills because everyone presses, and It’s a whole “lot tougher and a faster pace so I have to think faster and make quicker decisions,” she said.

For Part 2 of Taneea's story, check out tomorrow's edition of The Guam Daily Post