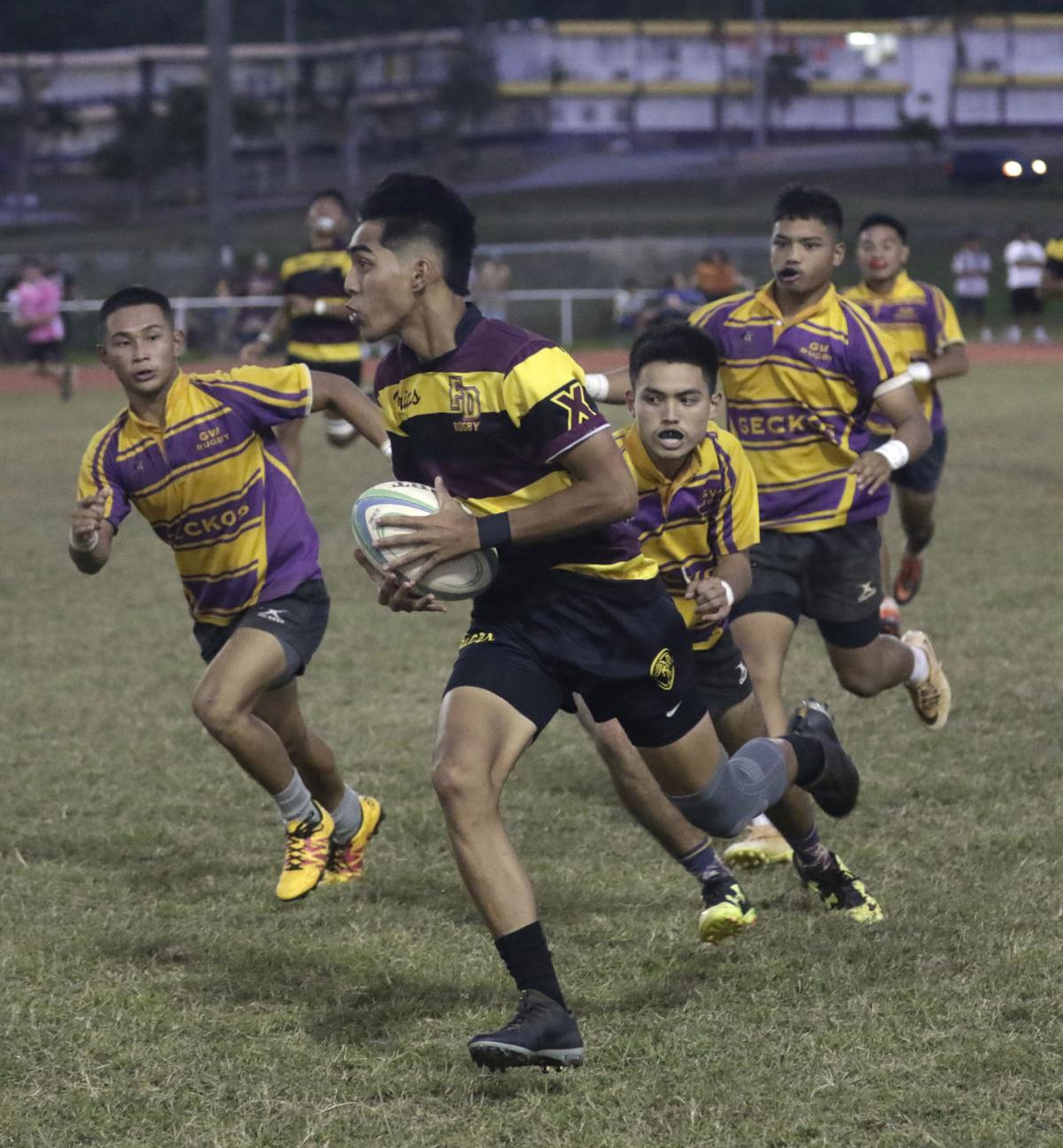 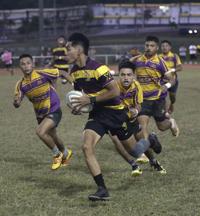 SPRINT: The Father Duenas Memorial School Friars' Noah Diaz scores a try after a 65-yard sprint down the left side of the field during the IIAAG/GRFU boys varsity rugby championship game at George Washington High School in Mangilao. The GWHS Geckos defeated the Friars 19-12. Matt Weiss/The Guam Daily Post 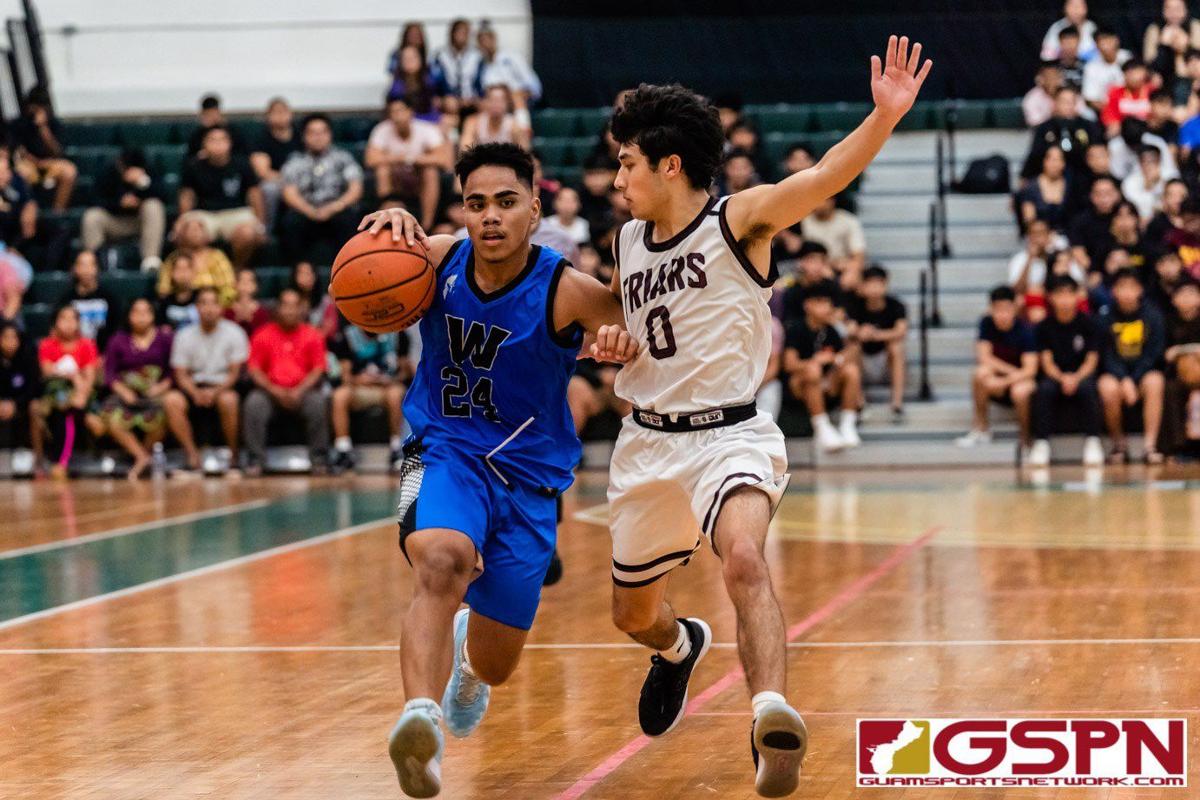 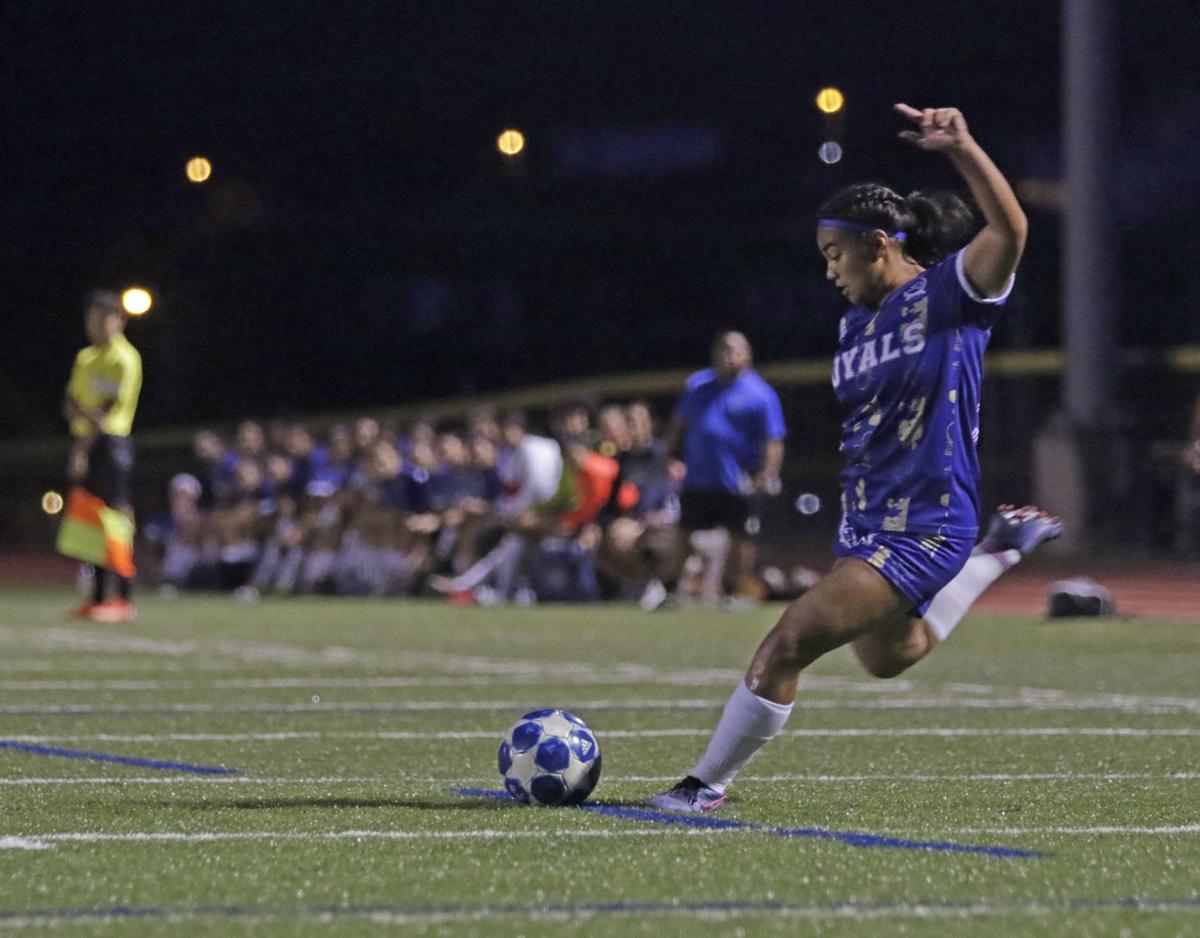 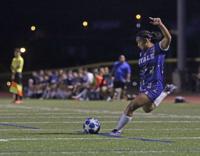 STUCK ON FOUR: In this May 2019 file photo, Notre Dame High School Royals' Shyann Roberto competes during an IIAAG league game. Roberto was looking forward to her teams's fifth consecutive championship, but fourth quarter sports have been canceled due to the coronavirus pandemic.  Post file photo 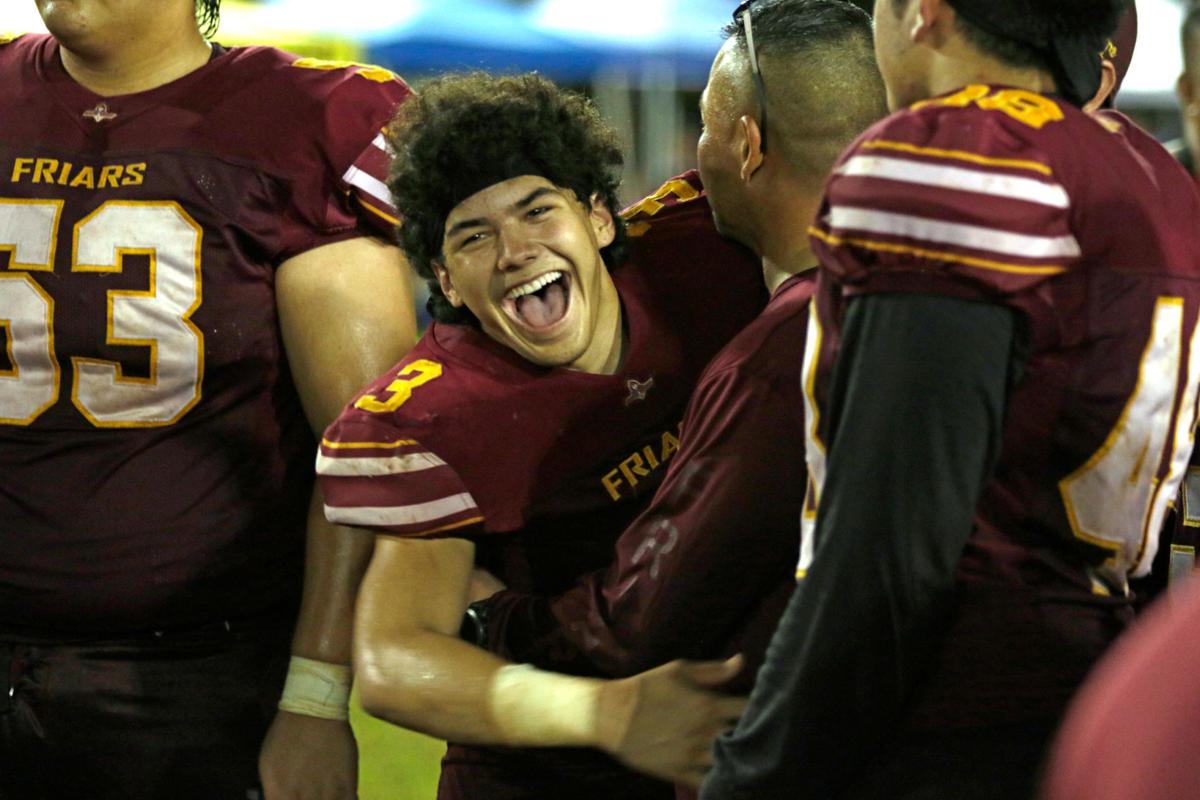 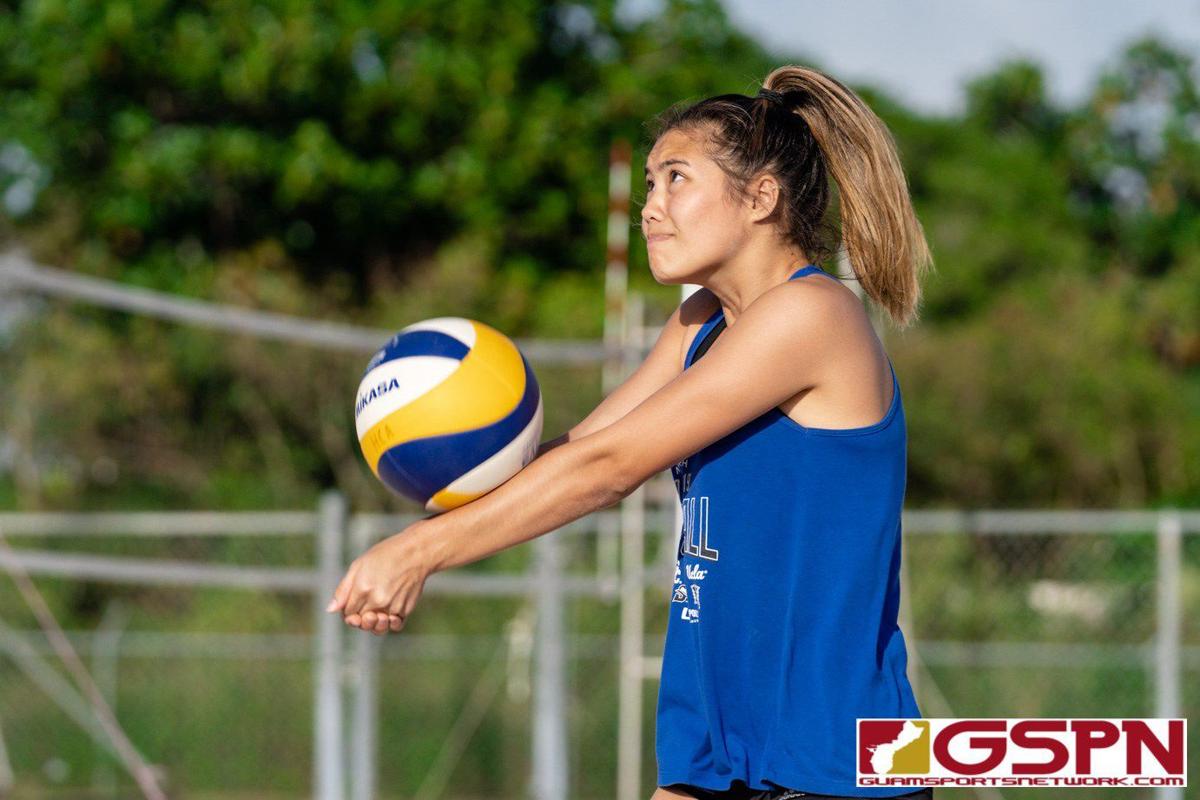 SPRINT: The Father Duenas Memorial School Friars' Noah Diaz scores a try after a 65-yard sprint down the left side of the field during the IIAAG/GRFU boys varsity rugby championship game at George Washington High School in Mangilao. The GWHS Geckos defeated the Friars 19-12. Matt Weiss/The Guam Daily Post

STUCK ON FOUR: In this May 2019 file photo, Notre Dame High School Royals' Shyann Roberto competes during an IIAAG league game. Roberto was looking forward to her teams's fifth consecutive championship, but fourth quarter sports have been canceled due to the coronavirus pandemic.  Post file photo

Member schools of the Independent Interscholastic Athletic Association of Guam voted unanimously during a recent meeting to transition from a four-season to a three-season sports calendar.

The island schools shut down their interscholastic seasons in mid-March when the island contracted its first COVID-19 case. Since then, Gov. Lou Leon Guerrero has kept the ban on organized sporting events, but allowed contact sports and practices to start up again in an effort to promote better health habits.

While the focus is still on getting schools safely started, many of the island’s high school athletes have been anxiously awaiting word for when they can hit the field again. Tentative plans for the Guam Department of Education were released a few weeks ago; IIAAG’s tentative release would be another positive sign for the island’s sports fans.

“First and foremost, any proposals and subsequent decisions would be entirely conditional and hinged upon the government health guidelines and corresponding rules and restrictions,” said IIAAG President Terry Debold, emphasizing the focus on safety and public health. “At this point, our intent is to have a baseline plan that can be adjusted according to the COVID-19 situation and corresponding limitations.”

It was important that IIAAG “ensure that the students have an opportunity to participate in interscholastics, at some form or level,” Debold said. “There will definitely be a host of moving parts as we learn and adjust activities according to health and safety guidelines.”

The decision to switch from four-sport to three-sport seasons has been a long time coming, said Debold. For nearly six years, IIAAG member schools have debated the merits of a Fall/Winter/Spring schedule or the traditional four quarter seasons. The Guam Department of Education was one of the bigger opponents of the switch, citing fewer opportunities for students to compete and lack of facilities. However, GDOE split from the IIAAG, forming its own interscholastic league last year.

“This is definitely not a new topic and the league has discussed and even leaned toward the change in previous years,” he said.

Athletes will also enjoy a longer competition schedule with fewer matches per week to allow for more rest and recovery time, he said.

“We hope that the new format will help with the advanced skills development of student-athletes, many of whom aspire to advance to higher levels of competition, i.e. collegiate sports,” Debold added.

Over the next week, IIIAAG members have been tasked with “communicating and working with all their coaches to review the draft schedule and provide input, recommendations and suggestions regarding the actual sport season schedule,” Debold said. While logistics, academic schedules and facilities will all be part of the process, Debold stressed the plan was still tentative.

“At the end, though, the primary focus and consideration will certainly be with the safety and welfare of all our participants and their families due to the impact of the COVID-19 situation,” he said.

He said he fully expects plans to change because the situation with schools starting and COVID-19 still isn’t settled, however, IIAAG is fluid and willing to adapt and meet the needs pending the situation.

The official schedule of sports hasn’t been released, Debold said, but he confirmed that wrestling, football and rugby are not on the schedule.

“Yes, last year, the IIAAG decided to remove those from our calendar. The non-GDOE schools that want to participate in those sports would go through ISA league,” he said. “We did sanction our members' participation in ISA league sports.”

That may pose some problems since GDOE adopted a four-quarter season and scheduling conflicts will arise. The tri-season has extensive overlap on the traditional seasons GDOE adopted, which could leave students out of their favorite sports and eliminate interleague competition.

However, Debold said he is confident things will work out in the long run.

“It's really difficult to anticipate how things are going to look this year,” he said, adding the first goal is to get student-athletes competing again. “Maybe, very hopefully by next year, we can see these activities go back to some degree of ‘normal.’”

While the IIAAG works to develop the plan, it does so “knowing there is a high likelihood plans will have to be modified. In which case, we will also need to anticipate corresponding contingencies,” Debold said.

Additionally, the schedule will be released once details have been finalized, he said, adding it's still a "skeleton" proposal.

“As we put together more details and finalize the plans, we will definitely look forward to communicating this information."