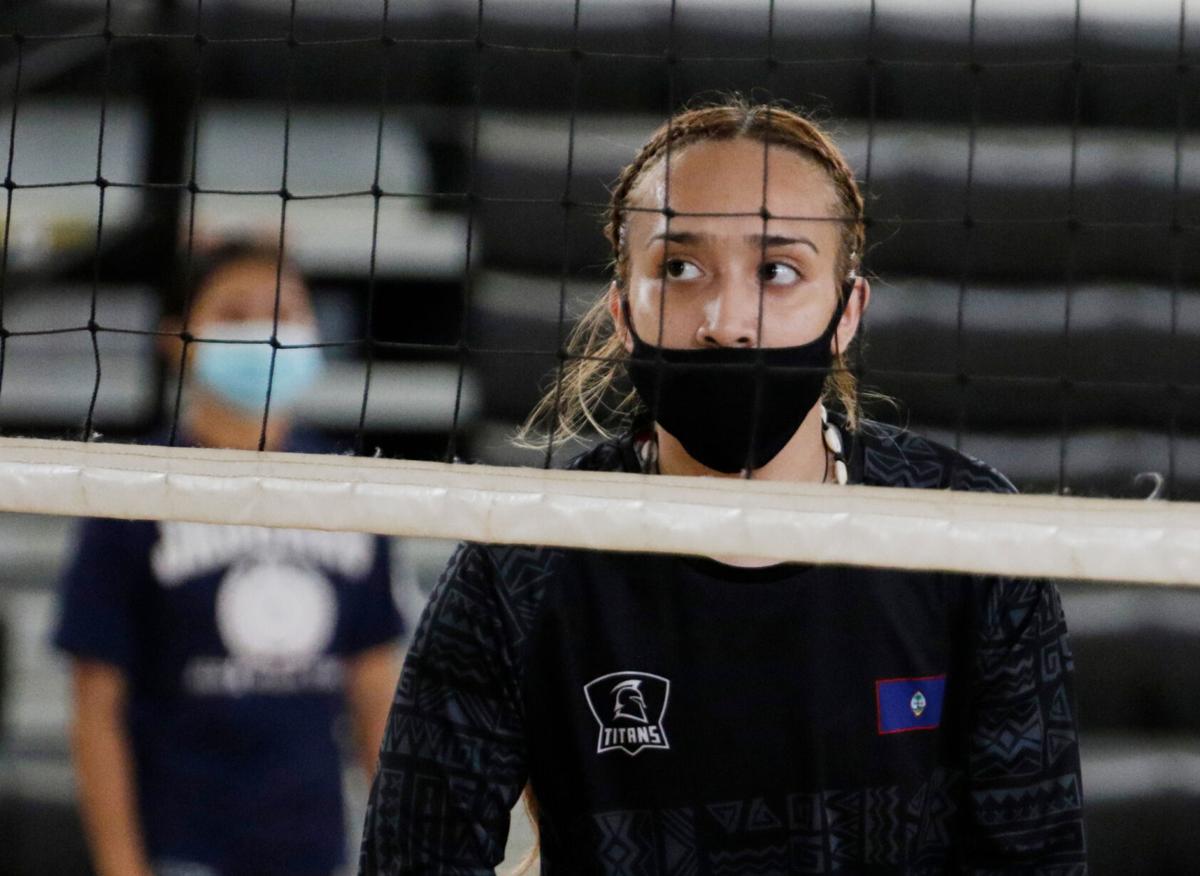 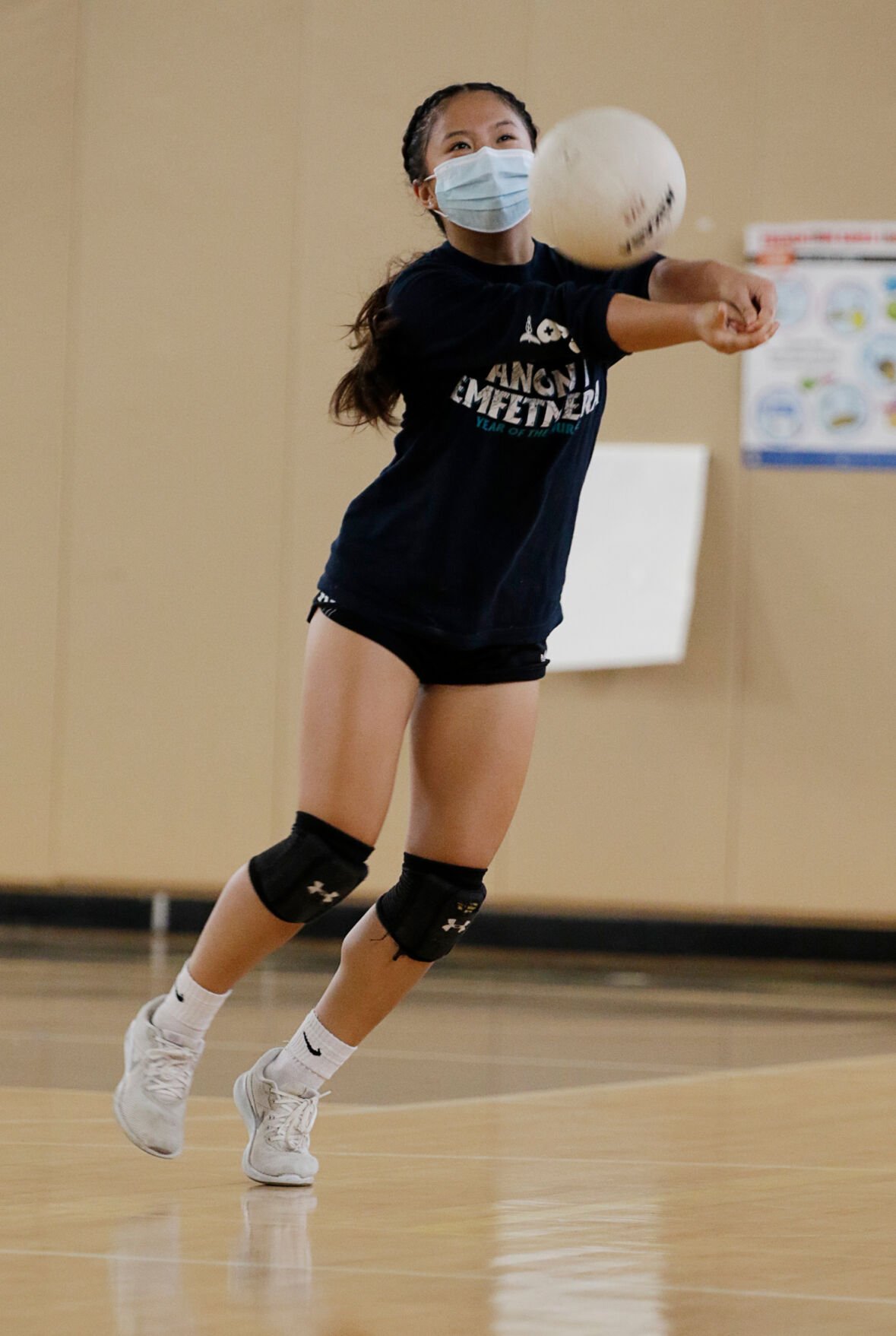 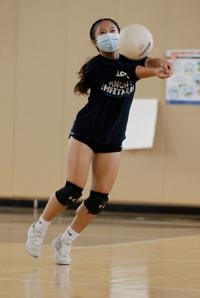 BIANCA ALAVE: In this recent file photo, Tiyan High School's Bianca Alave, 15, returns a serve during volleyball practice. Alave told The Post that she has been lazy during the pandemic and is excited to have rejoined the team and looking forward to competition. Matt Weiss/The Guam Daily Post 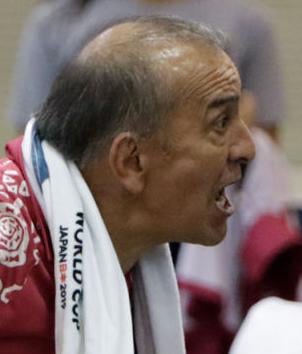 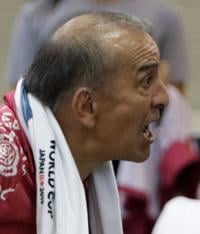 BIANCA ALAVE: In this recent file photo, Tiyan High School's Bianca Alave, 15, returns a serve during volleyball practice. Alave told The Post that she has been lazy during the pandemic and is excited to have rejoined the team and looking forward to competition. Matt Weiss/The Guam Daily Post

After nearly a full year of inactivity due to restrictions spawned by the 2019 novel coronavirus, high school competition will begin on March 1 - the public schools in their league, the private schools in theirs.

In the letter, Fernandez invited private school teams to play alongside and against public school athletes in cross-country, tennis, softball and volleyball. For volleyball, ISA invited a maximum of two teams of the IIAAG's choosing. But with the IIAAG having already chosen to resume its program with beach volleyball, cross-country and tennis, private school teams have been practicing since December 2020 and Debold declined the invitation.

“As you may be aware, the IIAAG has been working diligently on our ‘Return‐to‐Play’ plans and corresponding mitigation protocols since the middle of last year," Debold replied to Fernandez in a letter. "Those plans included resuming with sports identified as ‘low risk,’ including tennis, beach volleyball and cross-country, which will begin next week.

“After those sports and depending on - hopefully - improved pandemic conditions, we will offer indoor volleyball, soccer, golf and possibly other activities. In an emergency meeting (Feb. 22), the IIAAG members approved the draft schedules of our sports, which are being finalized for official distribution.”

Debold also said that he understands that competition “between our teams may be limited” and “we will be sharing an important role in helping our students safely emerge and recover from the prolonged isolation and negative effects of COVID‐19.”

“Despite the extremely modified nature of play and limited number of contests, this will perhaps be one of just a few favorable experiences our students will leave with this school year,” he added. “Kudos to GDOE, and best wishes to all your student‐athletes for a safe and fun return to sports.”

Both the IIAAG and GDOE ISA schedules have been shared with the media and both will kick off competition on Monday: IIAAG with beach volleyball; ISA with softball. Since softball is not being offered by the IIAAG, the organization allowed its teams to compete in the ISA. On opening day, in a five-team league, the John F. Kennedy High School Islanders will host the Academy of Our Lady of Guam Cougars and the George Washington High School Geckos will visit the Tiyan High School Titans.

Debold told The Guam Daily Post that IIAAG board members and stakeholders discussed sending more teams to compete in the public school’s league, but decided against it.

“During the meeting, our members also discussed your letter and invitation to our teams and student‐athletes,” Debold wrote to Fernandez. “Collectively, we appreciate the opportunity and certainly look forward to participating in GDOE sports that are not offered by IIAAG, including softball, baseball and, hopefully, track and field. Meanwhile, we do understand that time constraints affecting abbreviated schedules limit the ability to extend equitable participation for IIAAG teams in other sports.”

Fernandez, thanking Debold for the response, said that the ISA members “welcome the teams that want to participate in softball, baseball and track.”

Fernandez told the Post that he “wished both of our leagues the best of luck in providing a safe and competitive opportunity for our student-athletes.”

Independent of leagues, students are excited to rejoin their teams and engage in activity more exciting than remote learning and navigating life by social distancing. And after several weeks of practice, countless repetitions and getting back into shape, competition is still important, especially to two Tiyan student-athletes.

Precious Pecson, the captain of the Titans girls varsity volleyball team, told the Post that when Gov. Lou Leon Guerrero reduced restrictions and elevated the island’s response level to Pandemic Condition of Readiness 3 and allowed competition to resume, she became overjoyed with emotion.

Pecson, an 18-year-old senior, said that “now that we’re having competition, it just makes this one last season for me and the others a worthwhile experience.”

“I have been waiting for that go-ahead and now that it’s finally here, I’m going to make it worth the while,” she said.

While Pecson is nearing the end of her high school playing career, teammate Bianca Alave, a 15-year-old freshman, is just getting started.

Alave said that having competition to look forward to has increased her motivation and hopes of bringing honor to her school.

“It gives a little more pressure to us,” she said. “We are excited to compete again."

She added that she is excited not only to work out with her team and compete against others, but to return to her once-active self.

Since the pandemic began, Alave said that she has been “really lazy.”

“It’s nice to see all my friends again and practice with all my coaches,” she said.

“Despite the extremely modified nature of play and limited number of contests, this will perhaps be one of just a few favorable experiences our students will leave with this school year.”