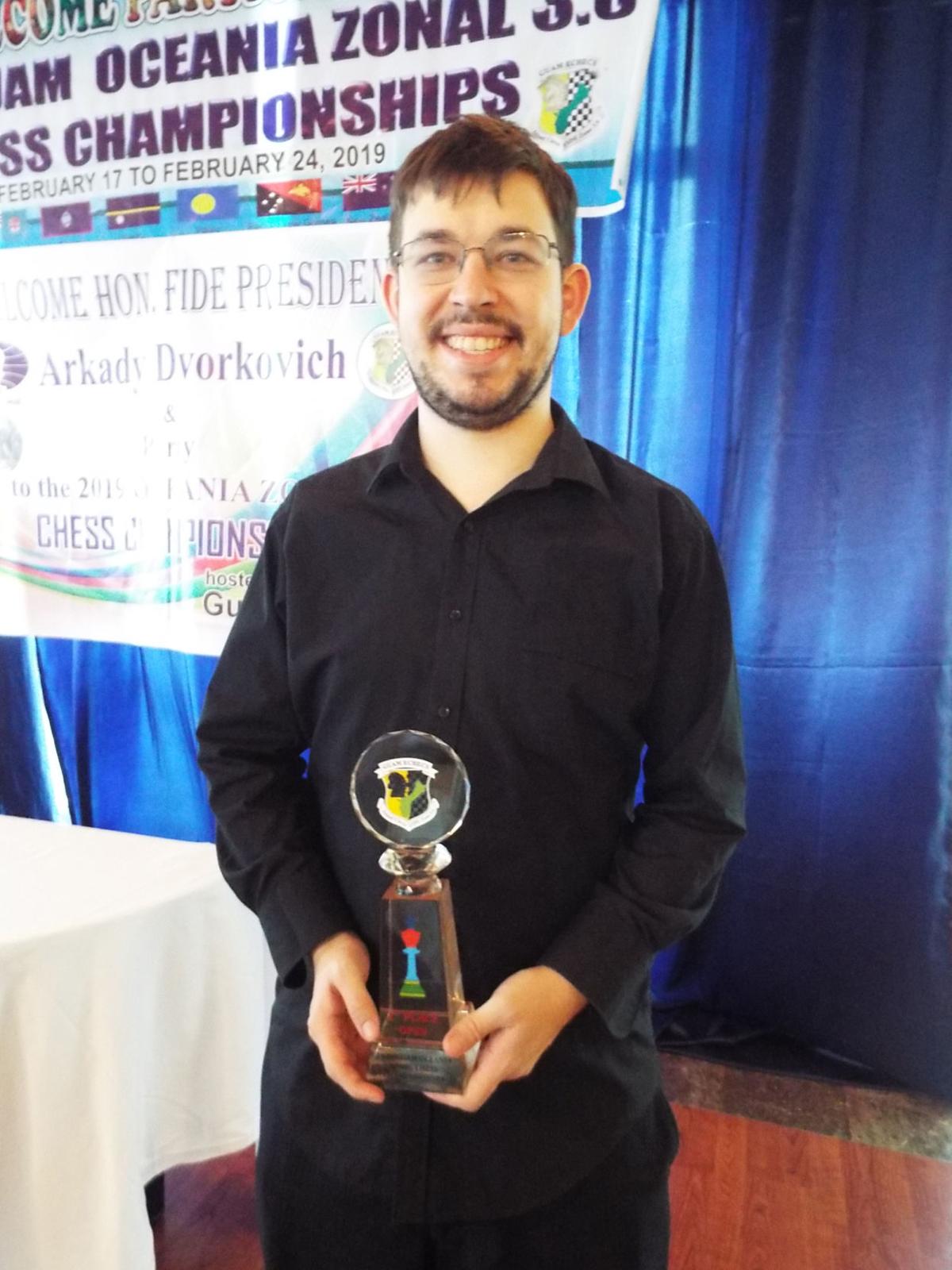 RECOVERED: Max Illingworth, a chess grandmaster from Australia, rebounded from a loss on the opening day to win the 2019 Guam Oceania Zonal Chess Championships at the Pacific Star Resort & Spa in Tumon. The weeklong tournament concluded Saturday. Justin Bennett/For The Guam Daily Post 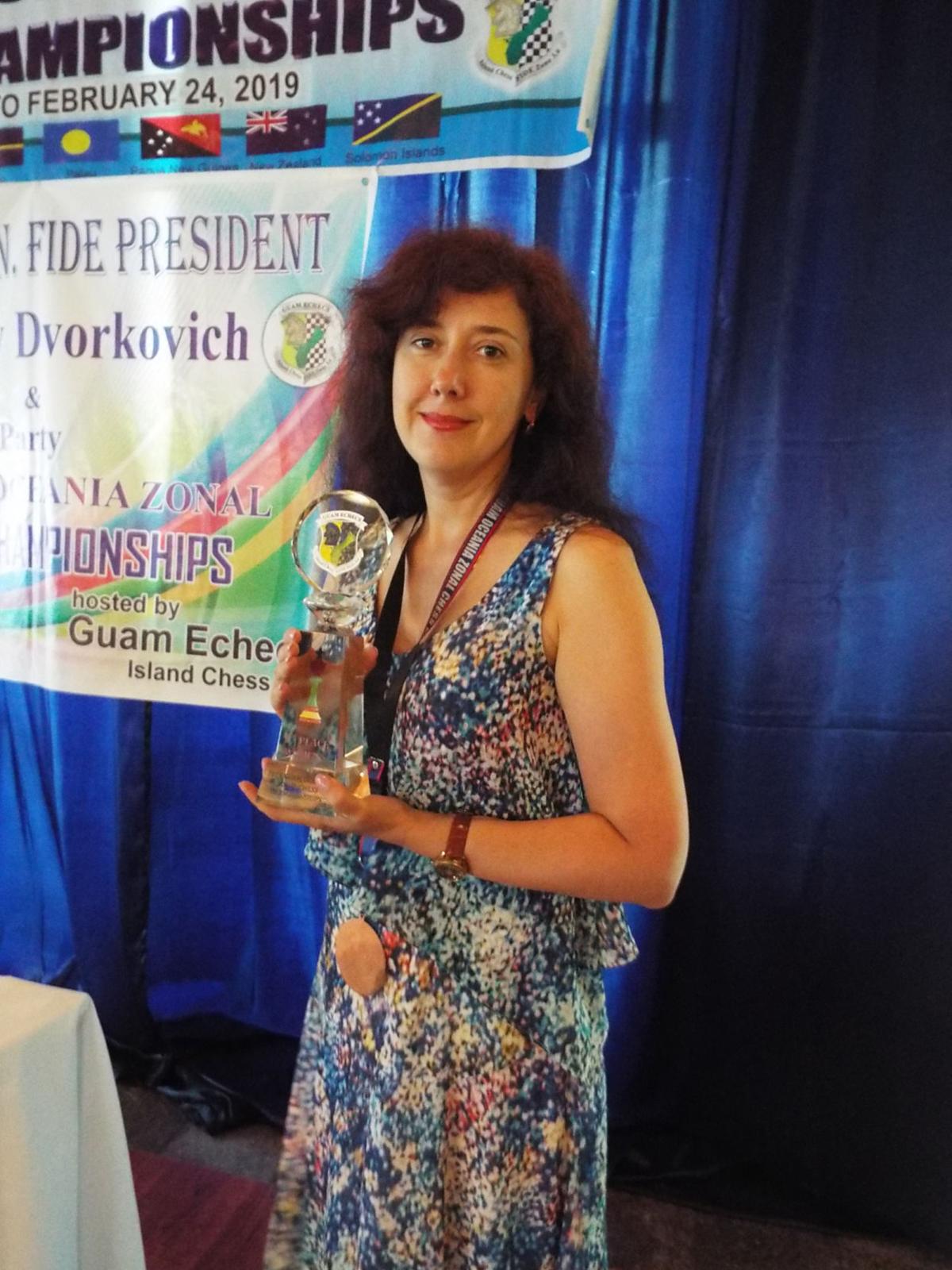 RECOVERED: Max Illingworth, a chess grandmaster from Australia, rebounded from a loss on the opening day to win the 2019 Guam Oceania Zonal Chess Championships at the Pacific Star Resort & Spa in Tumon. The weeklong tournament concluded Saturday. Justin Bennett/For The Guam Daily Post

Hosted by the Guam Chess Federation, or Guam Echecs, a pair of grandmasters dominated the 2019 Guam Oceania Zonal Chess Championships. The six-day tournament concluded on Saturday at the Pacific Star Resort & Spa in Tumon.

“It’s a very big deal to hold this tournament,” said chief arbiter Robert Gibbons. “It’s been a pleasure for everybody to be here. The tournament went really, really well.”

Gibbons compared the upset to an unknown tennis player knocking off Roger Federer on the grass at Wimbledon.

The 70-year-old Lacno said a mistake by Illingworth allowed the Guamanian to win.

“Chess is my game since I was 8 years old,” Lacno said.

“For me, this tournament was a holiday,” Illingworth said. "I wasn’t too upset with that loss.”

With the win, Illingworth qualified for the Fédération Internationale des Échecs World Cup from Sept. 9 to Oct. 2 in Khanty-Mansiysk, Russia. The top two finishers in that tournament qualify for the Candidates Tournament for the World Chess Championship 2020.

It was a “very good week of chess,” said Guam Chess Federation President Roger Orio. “The highlight has to be Felix’s win on the first day. He shocked the grandmaster.”

'A kind of model of life'

Julia Ryjanova steamrolled through the competition, claiming a $750 winner’s check. Like her compatriot, Ryjanova also qualified for the World Cup.

What I “most I enjoy about chess, is to win,” Ryjanova said. “Chess is a kind of model of life. In chess, like in life, you have choice(s). There are many ways to go and you have to choose which way is the best for you.”

Guam’s Cyle Sarmiento, 13, and Grace Estur, 14, were the two youngest competitors in the tournament.

Sarmiento, in his first-ever competition, received 2 points after beating the oldest player in the tournament, Guam’s Leon Ryan.

“It was fun,” Sarmiento said. “I was able to get some points and get to play other players."

“It was great getting to play with people from other countries,” Estur said.