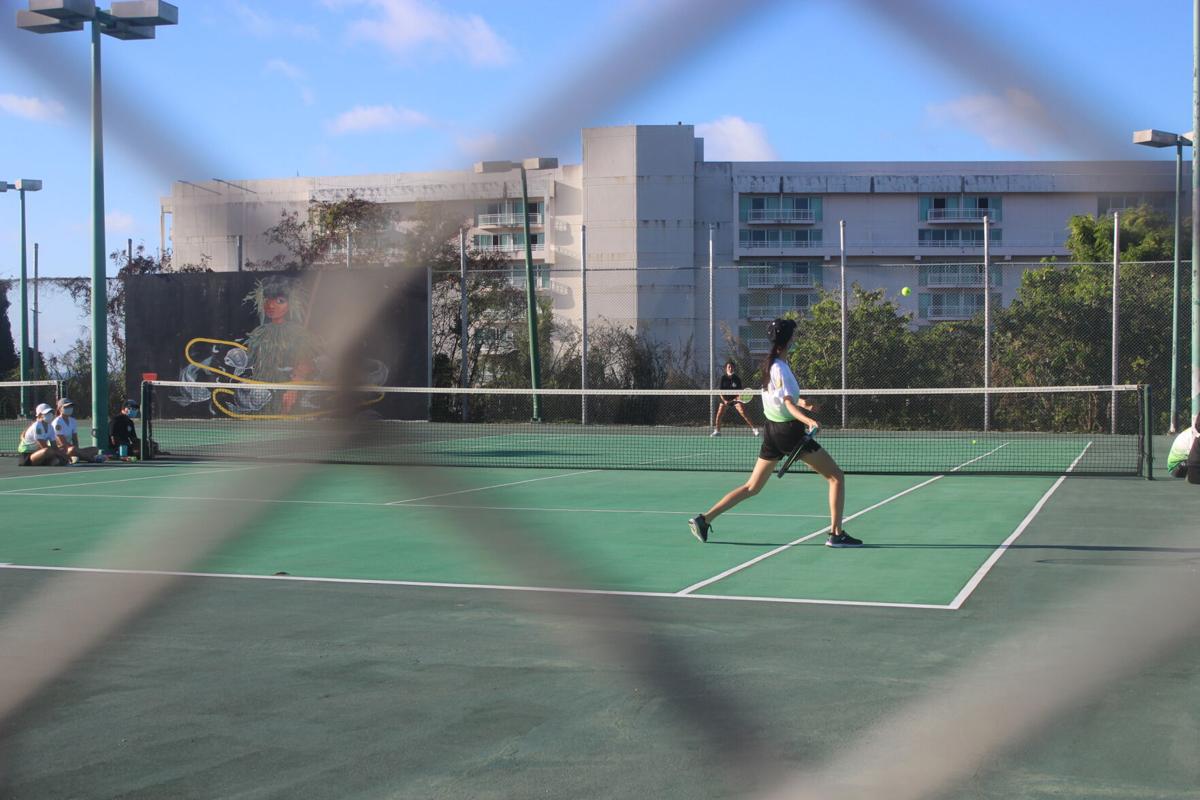 READY TO COMPETE: John F. Kennedy's Eternity Nishiyama winds up to return a serve in her first match against the Simon Sanchez Sharks Tuesday afternoon at the Tumon campus. Joe Taitano II/For The Guam Daily Post 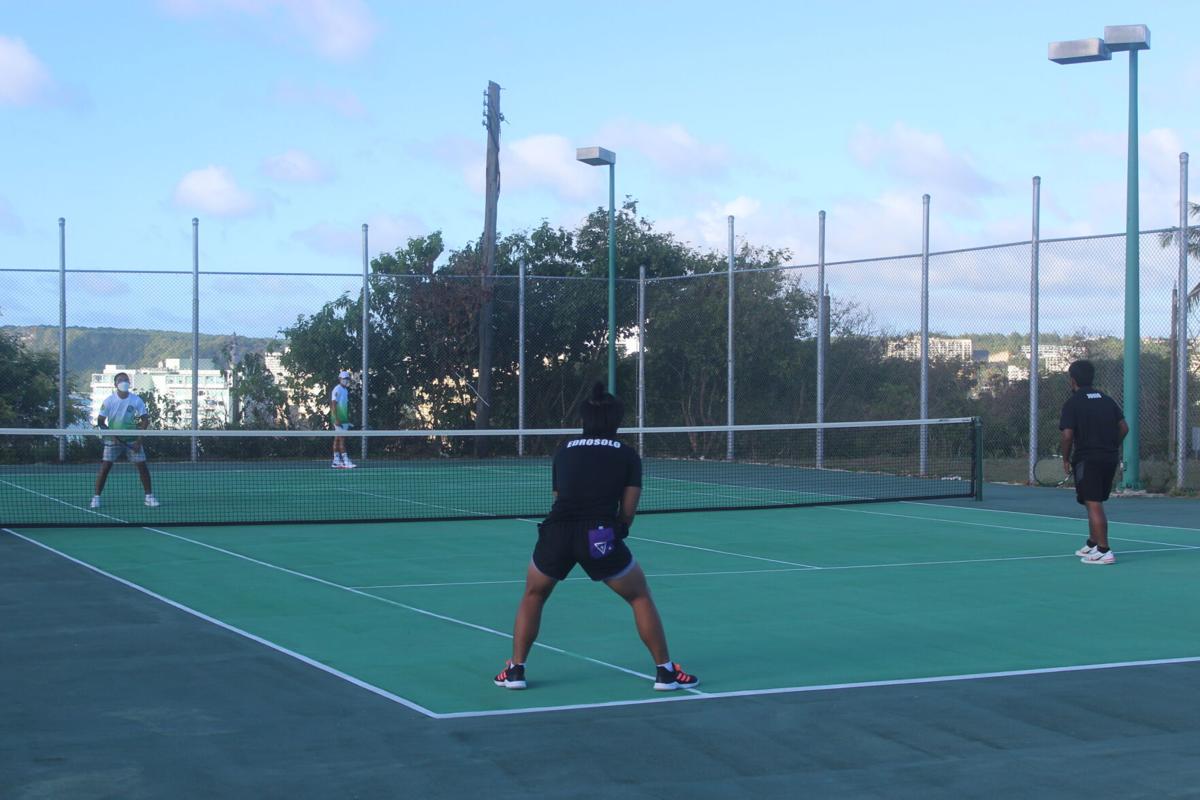 READY TO COMPETE: John F. Kennedy's Eternity Nishiyama winds up to return a serve in her first match against the Simon Sanchez Sharks Tuesday afternoon at the Tumon campus. Joe Taitano II/For The Guam Daily Post

The John F. Kennedy Islanders squared up against the Simon Sanchez Sharks Tuesday afternoon at the JFK campus in Tumon for their opening matches in the Guam Department of Education’s Interscholastic Sports Association.

The athletes have been really excited to start, said JFK Coach Jon Rudolph, especially after a year away from competition.

“They’ve been coming to practice almost every day and they’ve really got the team spirit going,” he added.

The Islanders were sporting a smaller roster and filled mostly with newcomers to the sport, he said. But, they were excited to finally get that experience under their belt and shake off the first-day jitters.

Among returning players, there’s still some anxiety about returning to competition, given the long time off that they have had.

“I feel a little nervous,” said Islander Eternity Nishiyama, adding she was unable to practice as much during the pandemic and the subsequent lockdowns.

Despite her lack of confidence, Nishiyama performed well in her singles match, winning with a final score of 8-2.

Things are also feeling a bit new for Sharks with Coach Paulo Sorio noting the roster was a little short because of the hesitancy over the COVID-19 pandemic.

“Some returnees parents said ‘no’ because they wanted to keep their kids safe,” he said. Sanchez, unfortunately, forfeited boy’s singles No. 1 and girl’s doubles No. 2.

But there’s an upside to it all, Sorio said.

With contact sports off the list this season, students are looking to tennis because of its relative safety and availability.

In boy’s doubles No. 1, Jonel Edrosolo and Jonas Junio managed to put up a good game up against the JFK team. They ultimately lost the match, but racked up a respectable score of 4-8 despite having never set foot on a tennis court just a month prior.

The final score of the game saw JFK out on top winning handily in the boy’s division at 32-4, and coming up with 32-10 in the girls’ competition.