GUAM TO GRIFFIN: In this file photo, Griffin Stadium, the home of the Moorpark College Raiders football team, is captured in this drone image. Guam's Kein Artero, TJ Ludwig and Chase Spotanski play for Moorpark. Photo courtesy of John Diaz 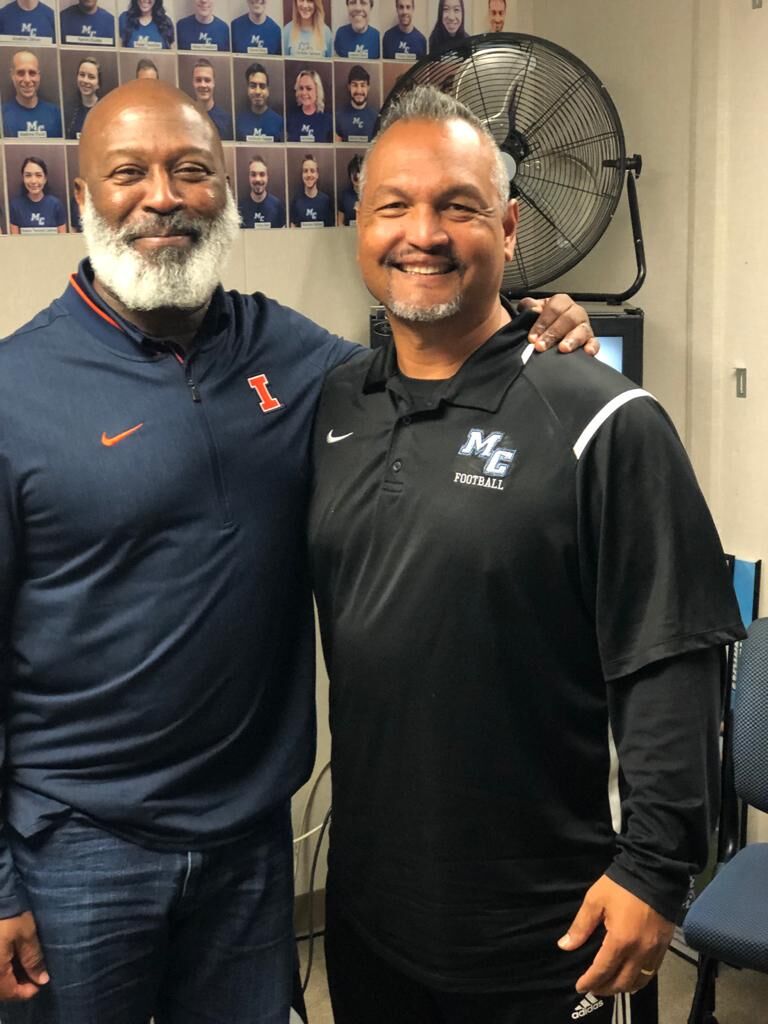 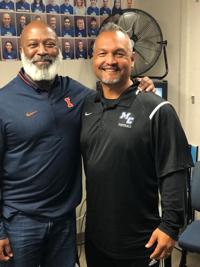 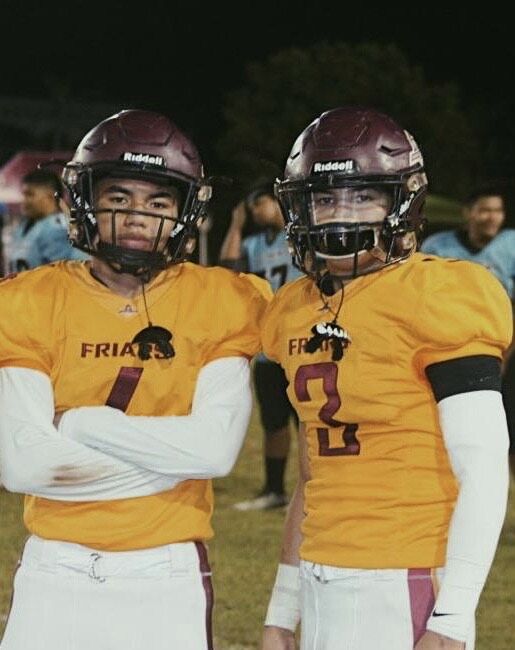 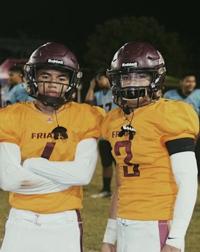 FRIARS ADVANCE: In this file photo, Father Duenas Memorial School Friars Tomas "TJ" Ludwig, left, and Kein Artero appear during a game against the Southern High School Dolphins. Artero and Ludwig will play for the Moorpark College Raiders football team in 2021. The fall season, which was postponed due to the coronavirus pandemic, will kick off in January. Photo courtesy of Tomas Ludwig 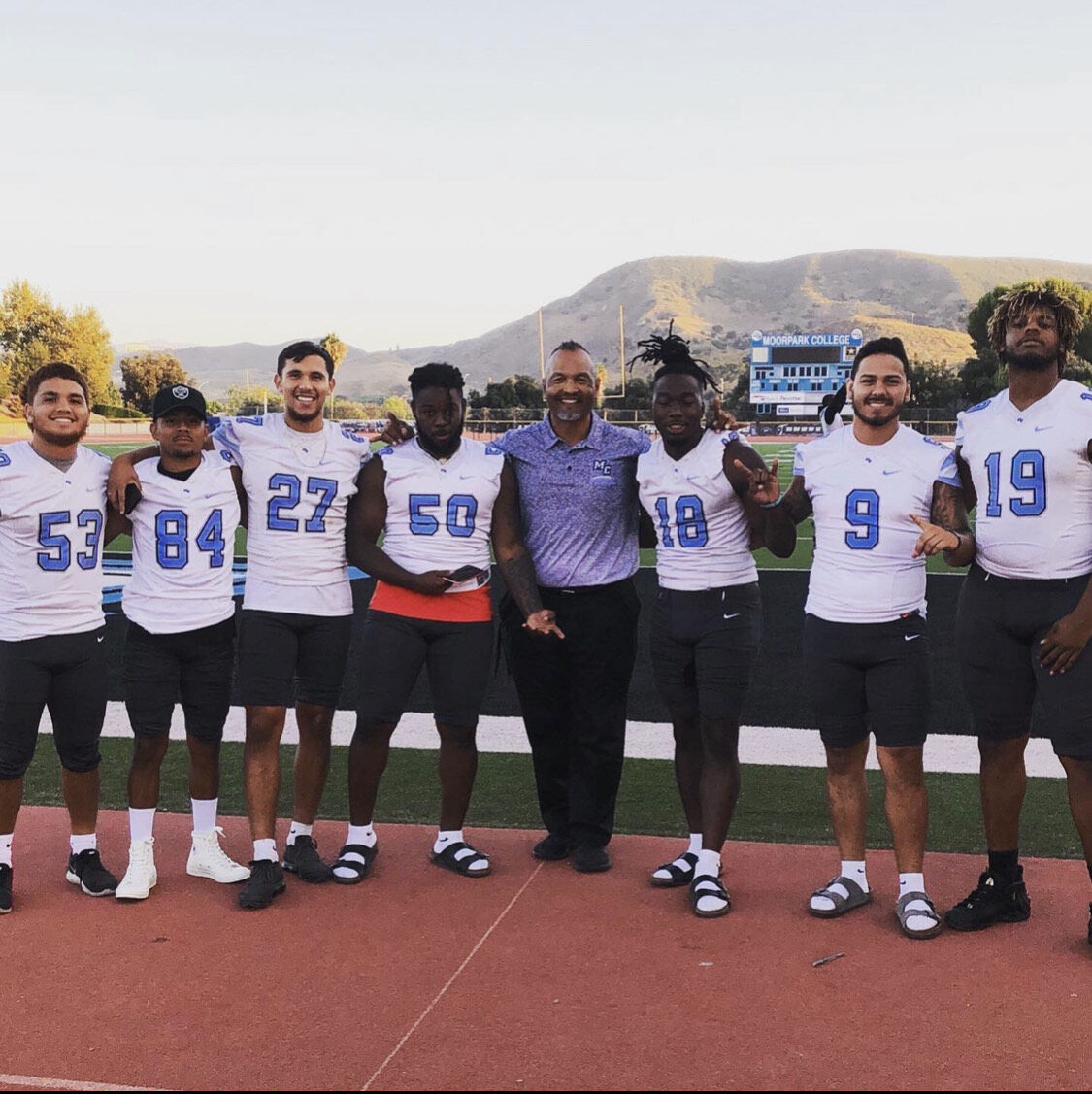 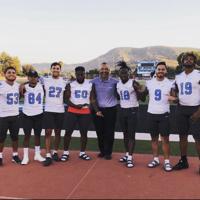 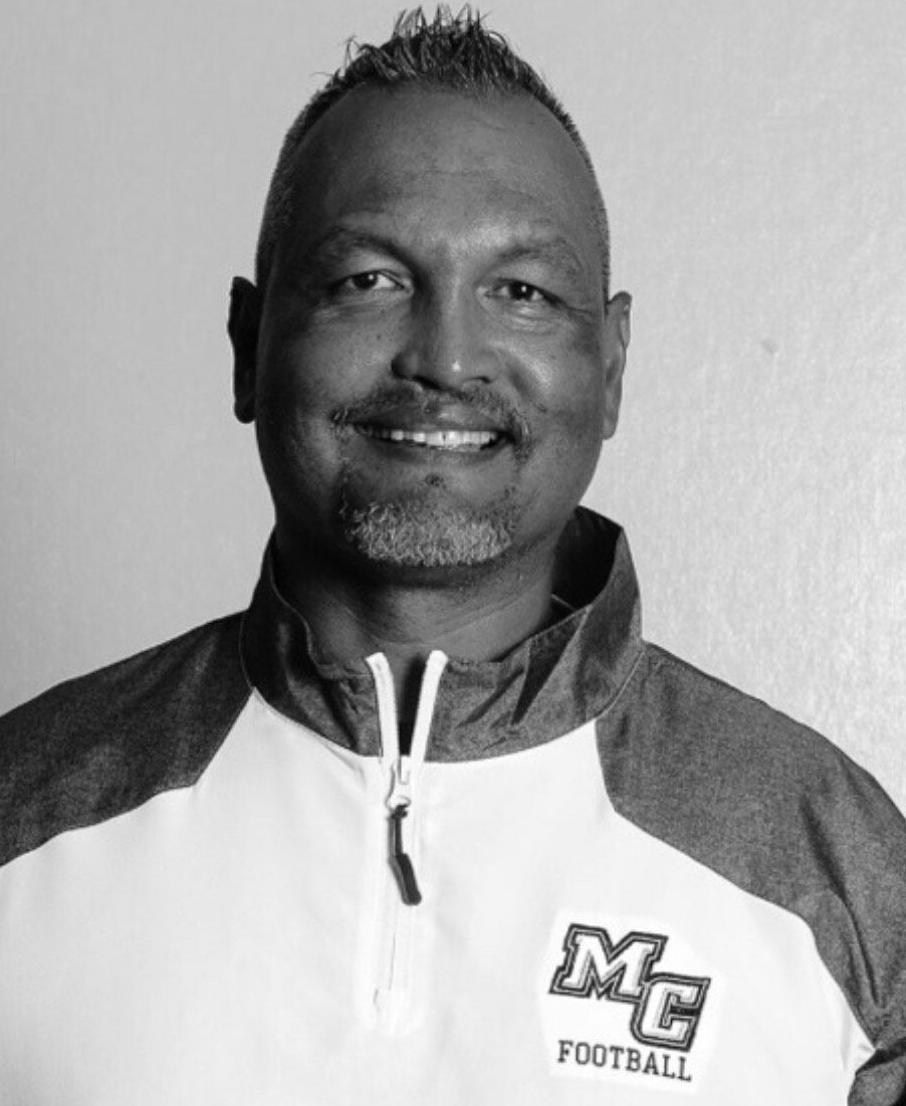 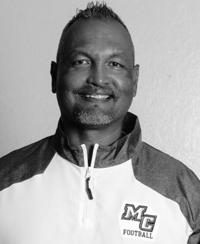 GUAM TO GRIFFIN: In this file photo, Griffin Stadium, the home of the Moorpark College Raiders football team, is captured in this drone image. Guam's Kein Artero, TJ Ludwig and Chase Spotanski play for Moorpark. Photo courtesy of John Diaz

FRIARS ADVANCE: In this file photo, Father Duenas Memorial School Friars Tomas "TJ" Ludwig, left, and Kein Artero appear during a game against the Southern High School Dolphins. Artero and Ludwig will play for the Moorpark College Raiders football team in 2021. The fall season, which was postponed due to the coronavirus pandemic, will kick off in January. Photo courtesy of Tomas Ludwig

When John Diaz was 7 years old, he and his family had just moved out of their tin-sided home in Barrigada to a brand new, two-story house.

As a tropical storm approached, the move couldn’t have happened sooner.

“When the typhoon was coming, that thing was going to blow us away,” Diaz said.

After about a week of living in the sprawling pad, Jose Blas Diaz, John Diaz's father, and Helen Chargualaf Quinata Diaz, mother, packed up their belongings, gathered their six children and left the island for what they had presented as a short vacation to California.

As the plane pulled away, John Diaz still remembers the island shrinking as he and his family ascended through the clouds. As he peered out the window, he remembers being excited but wondered who would take care of the animals. He had treated the laying chickens and fighting roosters as pets, and he was already missing them.

“My dad was a big cockfighter,” John Diaz said.

Little did he know, he would never see his beloved animals again.

John Diaz said his parents told the children that they were going to America on vacation to visit relatives.

“We ended up moving out here, man," he said. "We were not going back home or nothing. My mom, (who has since remarried and has taken Paulino as her last name) never told us that was her plan, and we just had to make adjustments."

We're not in Kansas anymore

On Guam, Diaz had grown accustomed to helping his father tend to the animals and loved storming through the family's ranch, picking guava with his cousins as he sneaked a taste of the sweet, white-fleshed fruit before returning home with the harvest.

As the Diaz family settled into their new home in Oxnard, California, the city, a sprawling patchwork made up of orange groves, celery farms, and strawberry fields, John Diaz slowly adjusted to a new way of living and strange-looking people.

“When I first came to the states, I didn’t know what white people were, anybody, Mexican," he said, “I didn’t know anything.

"I learned what it was to have adversity," he added.

“To grow up on the rock with just your family and relatives, that’s it. Coming to the states was a whole different ballgame,” he said.

While his life still felt like not his own, his older brother, Derek Anthony Diaz, had been a comforting force, allowing him to tag along to the basketball court or the football field.

“We were like twins together,” said John Diaz, fondly remembering his brother, who died Sept. 22, 2015.

When John Diaz was 30 years old, he and his best friend, Toa Saipale, started a sports academy, Young Athletes for Christ. YAC, which celebrated its 23rd anniversary this year, is a Christian-based nonprofit that helps student-athletes advance to the next level. And what started with a modest, regionally focused mission, has evolved into a powerful tool for promising football players.

“We’ve had over 300 kids that we helped put into college,” said John Diaz, who also serves as the recruiting coordinator and safeties coach for the Moorpark College Raiders football team in Moorpark, California.

John Diaz said that YAC has evolved into a ministry that mentors kids how to make better choices. He added that it also provides training opportunities for at-risk youth, some coming from broken homes or who do not have enough to eat.

“For these kids, it would kind of be their big meal for the week,” he said.

"Every Wednesday night, we do our leadership training and bible study fellowship," John Diaz said. "We share a 5-minute message on character or confidence, then we feed the boys, then do small groups to discuss the message and have them share their struggles and we listen and give feedback and positive encouragement to help them through it - develop a family atmosphere and brotherhood."

John Diaz said that YAC promotes giving back to the community and teaches those that enter its doors to be appreciative of their lives.

Although John Diaz lives 7,000 miles from where he was born, he has never forgotten about his home or where he came from and it has become his life’s mission to help Guam’s high school football players make it to the next level.

Spotanski, rejecting the offer from Oklahoma Panhandle State University, will play the 2021 season for Moorpark instead.

The OPSU Aggies, who compete in the National Association of Intercollegiate Athletics, are part of the Sooner Athletic Conference in Goodwell, Oklahoma.

John Diaz said that Spotanski is planning on playing for Moorpark, graduating, then transferring to a four-year school.

“I was so happy he got an official offer to show his hard work has been paying off,” John Diaz added. … “After his first year, he proved he can get a football scholarship offer to a four-year school.”

Going to a junior college will yield greater opportunities for student-athletes back on Guam, John Diaz said.

"At YAC, we like to find the diamonds in the rough and help them shine so they can sparkle and go on to do great things with their lives," John Diaz said.

Before John Diaz met Artero, he had only seen game film and spoken with him on the phone. He had heard that he was fast, but knew he was an undersized running back that would have gotten seriously injured at the college level if he stayed behind the quarterback.

Immediately, John Diaz began training Artero to be a slot receiver, noting that, with his speed, Artero could have earned a scholarship to an NAIA or NCAA Division II program out of FD.

“I think he would be the fastest guy to ever come out of Guam,” said John Diaz, noting that he timed the Friar’s 40-meter dash in 4.4 seconds.

Artero could compete for Guam in the Olympics, added John Diaz.

"I know we can get him there. I have all the resources out here for him," he said.

“My friend is the head track coach at Moorpark, and I have already talked to him,” John Diaz said. “He’s going to help Kein. … Not many kids like Kein come along every time.

“When you get a chance to help them achieve something greater, then everybody else can celebrate."

“When you get a chance to help them achieve something greater, then everybody else can celebrate."