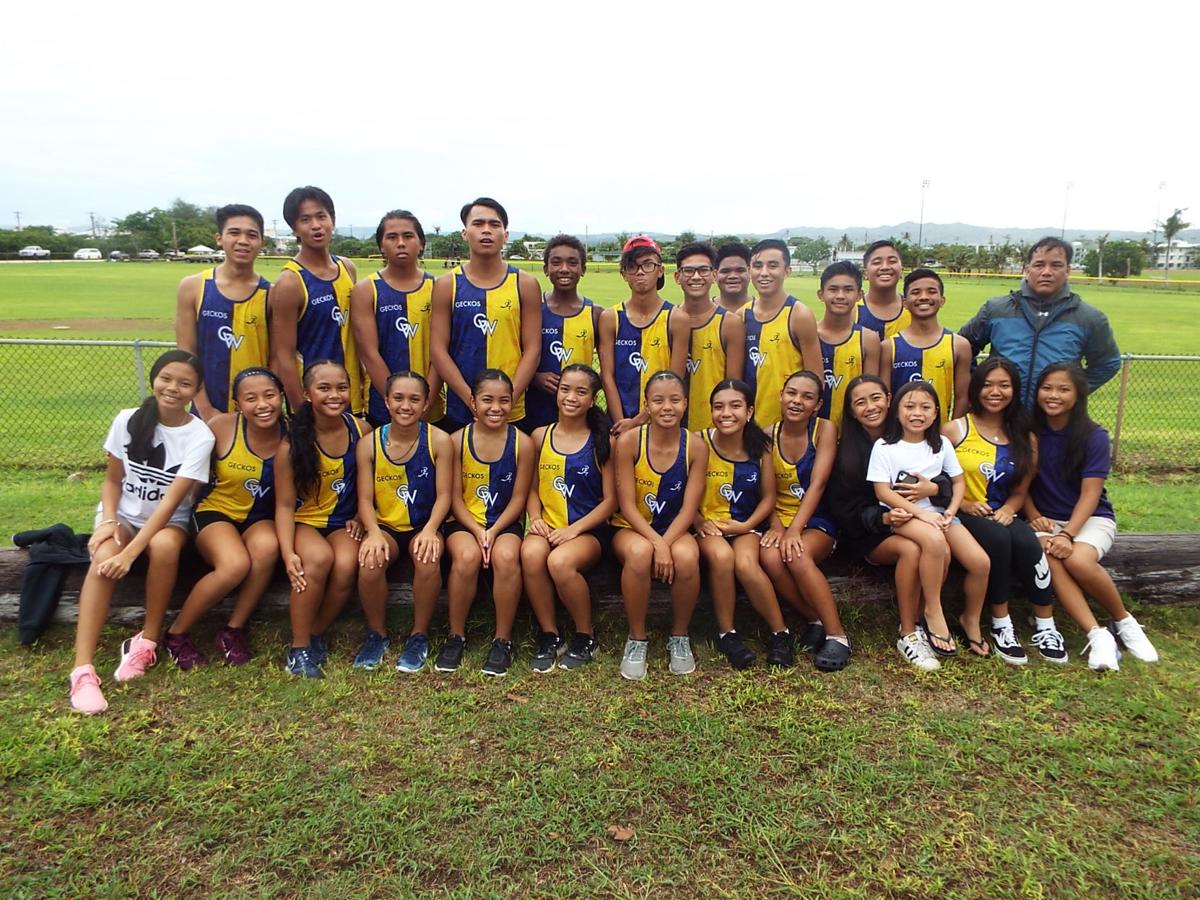 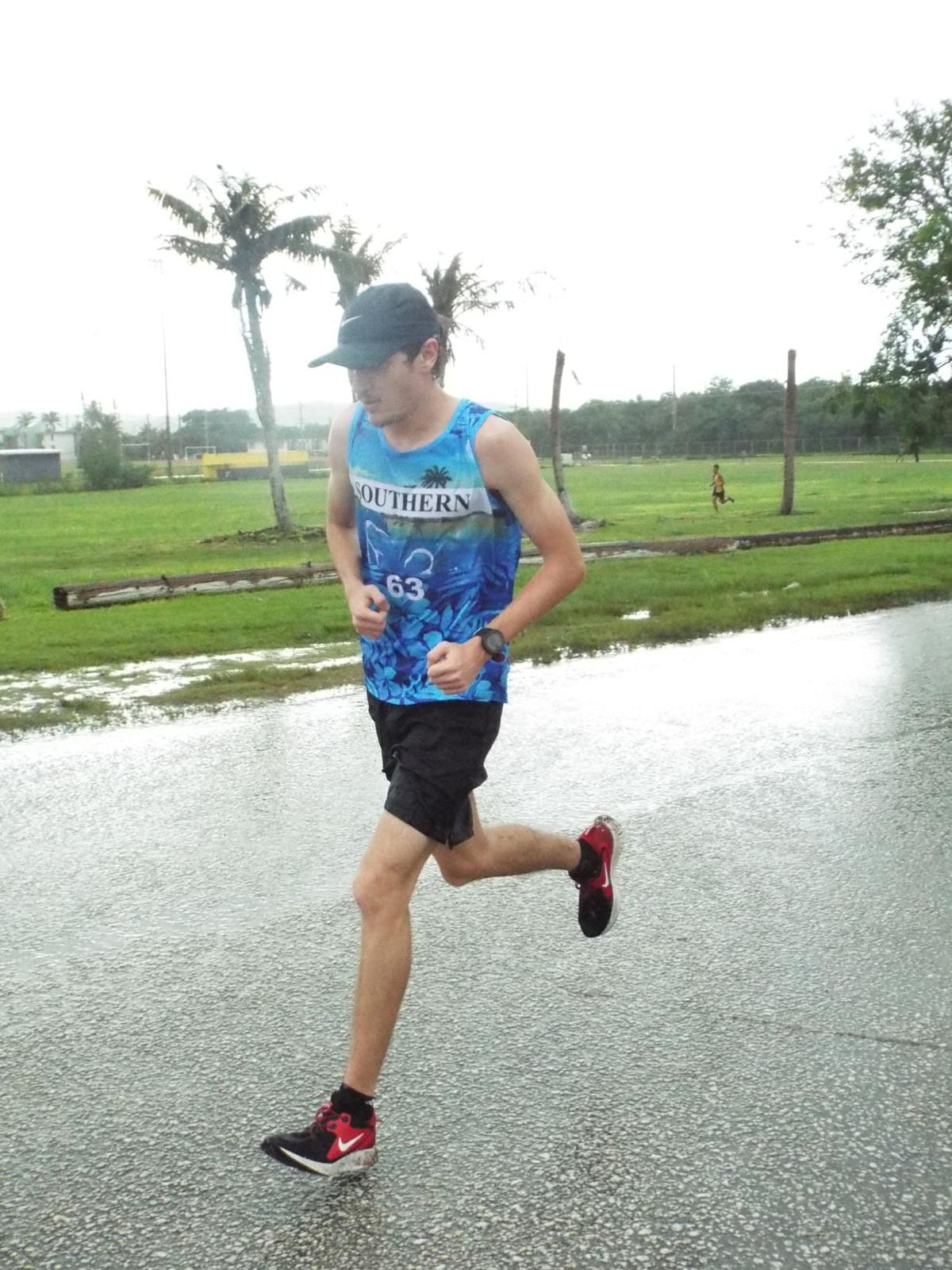 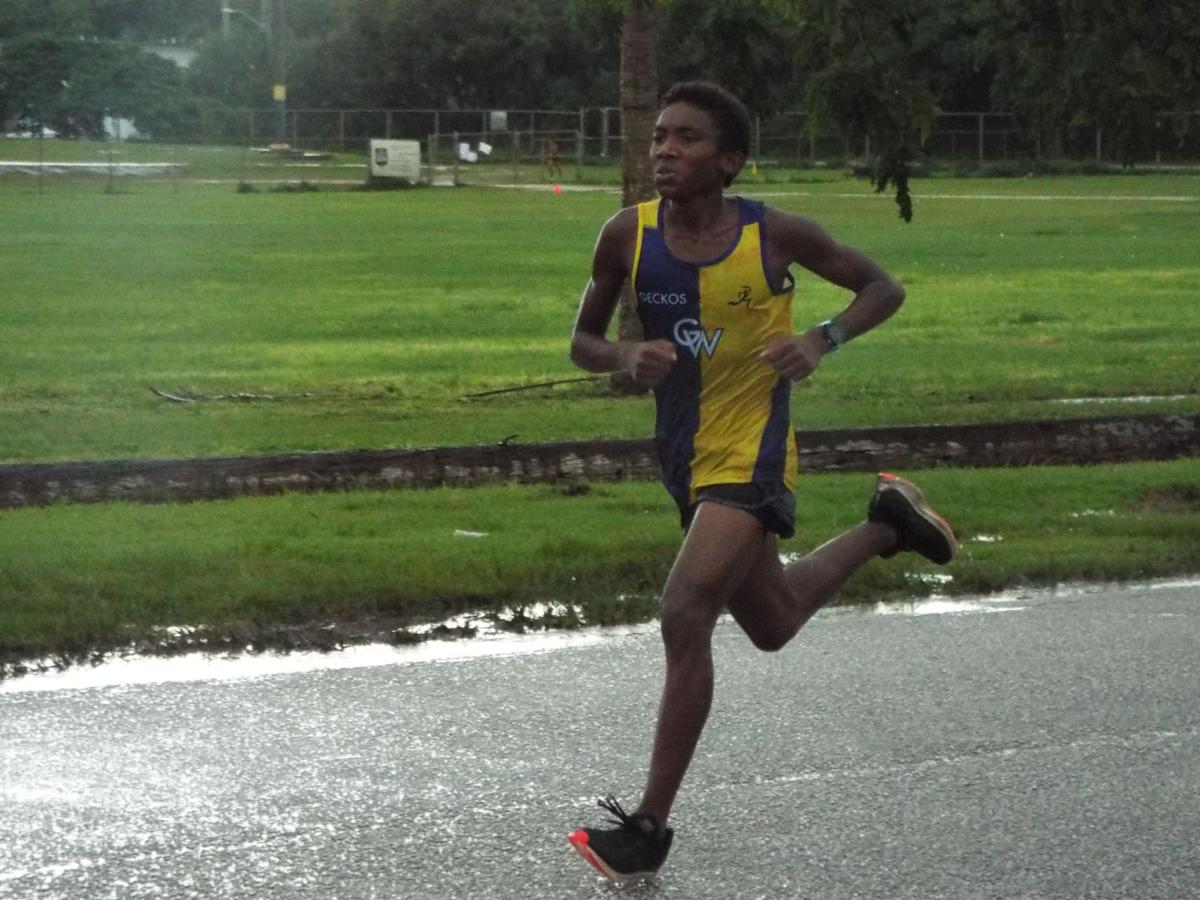 Johnson dominated the field, crossing the finish line in 16 minutes, 49.8 seconds. His next closest competitor was teammate Paul Mansfield, who clocked in at 18:06.01.

“I’ve been pretty fortunate because you don’t know what’s going to happen during a race. I just keep focused and just do my best for the team,” said Johnson after posting his sixth first-place finish in six meets this season.

The top two finishes by Johnson and Mansfield propelled the Geckos to a 23-32 win over the Dolphins boys squad. Southern High senior Carlos Leon Guerrero gutted out a third-place finish (18:30.2) despite not being at his best due to the flu.

Just past the midway point of the season, Leon Guerrero says he is working on his kick, acknowledging there is “always” room for improvement.

Carlos’ twin brother, Ramon Leon Guerrero, took fourth overall for Southern to get within striking distance for the team win, but the Geckos secured the win with Christian Ruder and Kristian Versario finishing in fifth and sixth place, respectively.

The Southern boys started the season with three straight wins, but have dropped two straight meets since then to fall to 3-2.

Southern head coach Marv Linder said several members of his boys team were sick, adding, “We didn’t perform anywhere near our standard, our worst race of the year.”

The GW boys evened their record at 3-3 and may be the dark horse going into the All-Island championships.

“This is the sort of running I was expecting,” GW head coach Kenneth Duenas said, praising his team after the meet.

“The good thing about today is they rewarded themselves for the work they have done during the week. Race day is fun day … the work is during practice and today shows that result,” Duenas told The Guam Daily Post.

The Lady Geckos improved to 4-2 by way of forfeit. The Lady Dolphins were not able to field the required five runners for the team competition.

GW sophomore Gissa Dumaraog claimed her first overall girls finish of the season with a time of 23:07.8.

Fellow Gecko runner Elizabeth Desingano trailed thirty seconds behind to finish in second place and Daeline Pangelinan took third place to round out the podium for the Geckos.

Geordyn Santos was the top finisher for the Lady Dolphins with a time of 25:42.8. The Dolphins drop to 0-5 on the season with a shortage of ladies to fill the roster.

Both coaches highlighted there is still a lot of work to do before the big race at the end of the season.

“We do have a lot of competitive teams this year and if you look at the boys category it's very competitive. .... We have to keep working hard,” recognized Duenas.