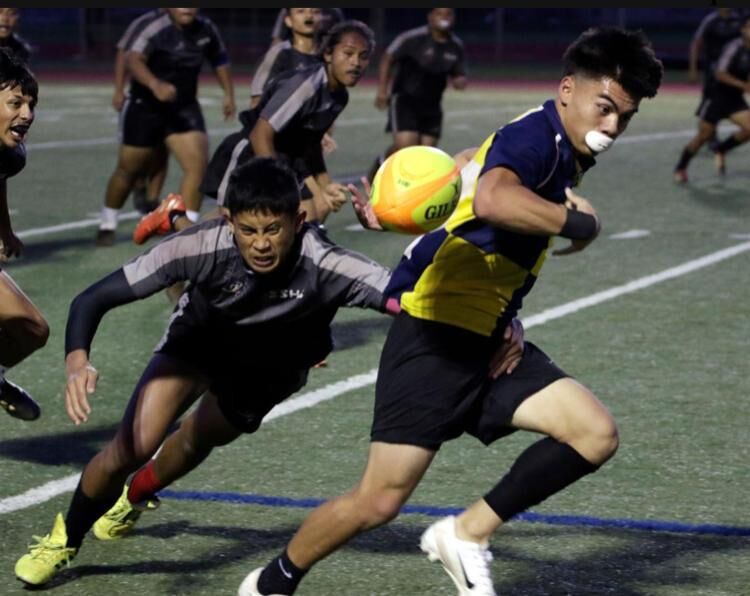 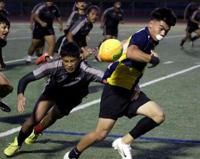 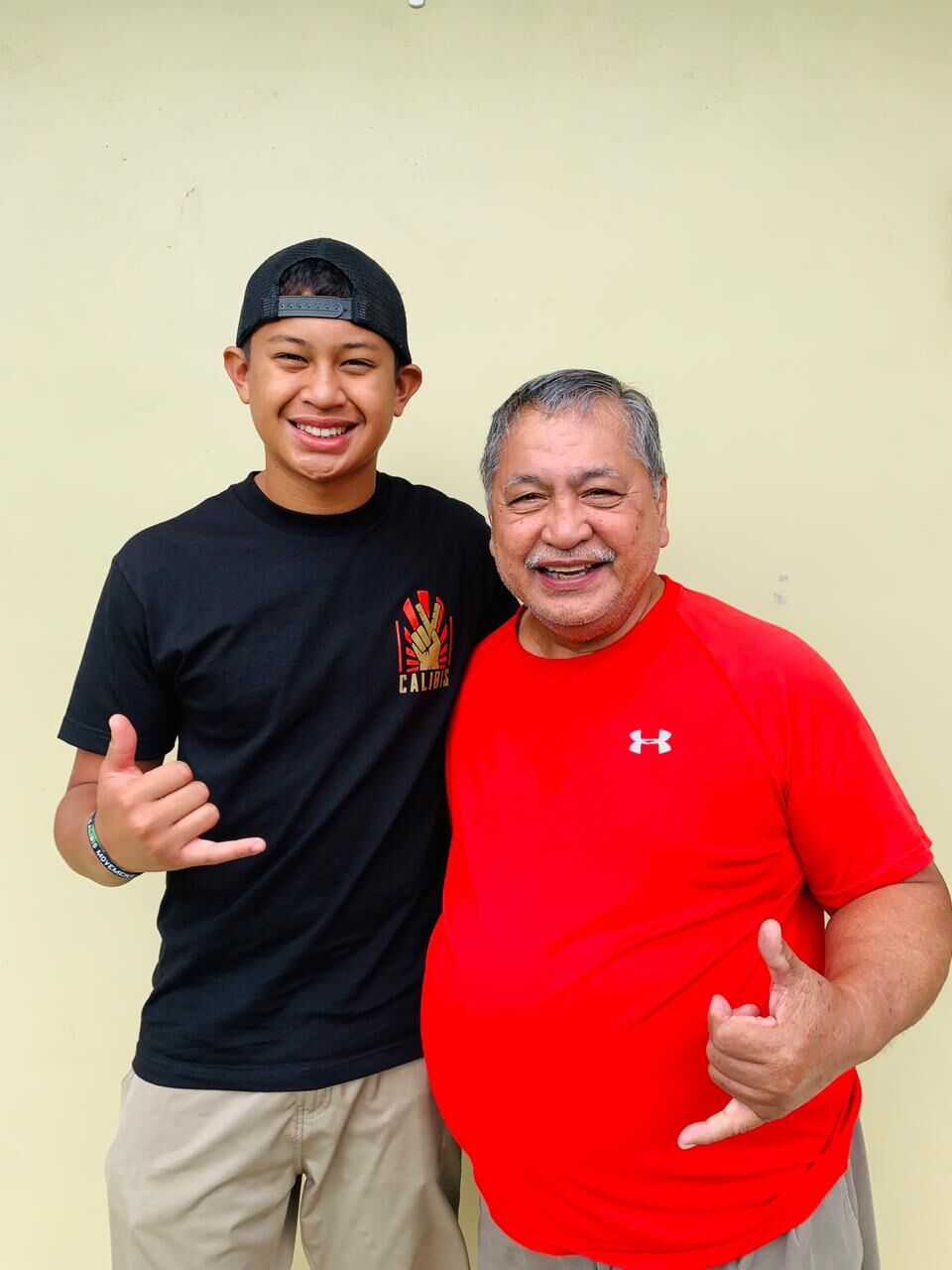 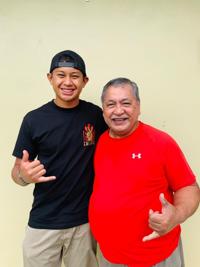 GRANDSON AND GRANDFATHER: Simon Sanchez High School Sharks' Kekoa Tenorio-Toves and Victor Tenorio, his grandfather, flash shakas. Tenorio-Toves received a scholarship to American International College in Springfield, Mass., where he will play D1 rugby in the fall for the Yellow Jackets. Photo courtesy of Kekoa Tenorio-Toves

GRANDSON AND GRANDFATHER: Simon Sanchez High School Sharks' Kekoa Tenorio-Toves and Victor Tenorio, his grandfather, flash shakas. Tenorio-Toves received a scholarship to American International College in Springfield, Mass., where he will play D1 rugby in the fall for the Yellow Jackets. Photo courtesy of Kekoa Tenorio-Toves

Editor's note: In this first story of a two-part series, The Guam Daily Post shares Kekoa Tenorio-Toves’ story of earning a rugby scholarship to play for the American International College Yellow Jackets in Springfield, Massachusetts. Tenorio-Toves played three years for the Simon Sanchez High School Sharks and, despite the challenges of the pandemic leading to the cancellation of the 2020-2021 season, beat the odds and is taking his game to the next level. Part two will be published in Saturday’s Daily Post.

Ever since Gov. Lou Leon Guerrero confirmed the island’s first coronavirus cases, declared a public health emergency and placed the island on lockdown, sports have remained sidelined and, without their favorite competitive outlets, student-athletes have merely existed. Today marks the 10-month anniversary of the death of sports.

Even though there has not been any competition islandwide, Kekoa Tenorio-Toves, a senior at Simon Sanchez High School, has not let the pandemic deter him from earning a scholarship to play rugby at American International College in Springfield, Massachusetts.

“I honestly would like to thank my parents for always supporting me through everything. They played a major role in helping me get accepted to American International College,” Tenorio-Toves said. “I would actually like to say ‘thank you' to Leonard Calvo and Chris Sgro for playing very pivotal roles in getting my acceptance.

After graduating from Simon Sanchez, Tenorio-Toves will leave for college, where he will lace up his boots and compete in the East Coast Rugby Conference.

"I'm just really excited to go out there and play some rugby," he said. "It's been so long since i played an actual tackle rugby game and I can't wait to just hit the field again."

While Tenorio-Toves doesn't know if he will be tapped to play in his inaugural campaign, he is ready to make a difference and welcomes the opportunity.

"First of all, I really just hope I will be able to play out there because I am a freshman," he said. "I don't know if they will let me play, but if I do play, my goal is to try to play a crucial role in winning the game.

"I want to help contribute as much as I can to get the win."

Between taking online classes, helping take care of his siblings and staying physically fit, Tenorio-Toves requested his transcripts and had them sent to AIC’s admissions department. He then contacted the Yellow Jackets head coach and set up a Zoom meeting. Without much opportunity for recruitment, due to location to the U.S. mainland, he knew he had to take take his education and athletic career seriously and make the first contact.

“Actually, I reached out to those guys,” he said. “I sent in my application and then I emailed the coaches.

“And after that Zoom meeting, everything went really smooth. I was just turning in my paperwork, all my documents I needed to turn in on time, maybe even before the deadline. That’s how I was able to get a fast acceptance.”

Maybe even more so than Tenorio-Toves' determination, perseverance and rugby skills, his high GPA made him a desirable asset.

“When I turned in my transcripts, I turned in a 3.5 GPA,” he said. “I got offered a Presidential Scholarship and that was just, hands down, amazing. It was such a blessing to receive such a high-number offer and to relieve a lot of financial burden off our shoulders.”

He said that his parents, Jedi and Suzette Fuimaono, had always stressed the importance of schoolwork and “are always strict on grades.”

“They said, ‘If you can’t make your grades, you cannot play sports,’” he added.

Tenorio-Toves’ parents had always wanted their son to go to college, but with six children and another on the way, the scholarship was a blessing.

“Our plan was at first to look for the least expensive college and then go off of that, but they offered me a great amount,” Tenorio-Toves said.

The COVID-19 pandemic has tested many island residents' resilience, particularly the more than 20,000 in Guam's private sector who saw their j… Read more

Class reunions are a go this year

This past year, a subject that has not been talked about among youthful hearts has been class reunions of the various high schools on the isla… Read more