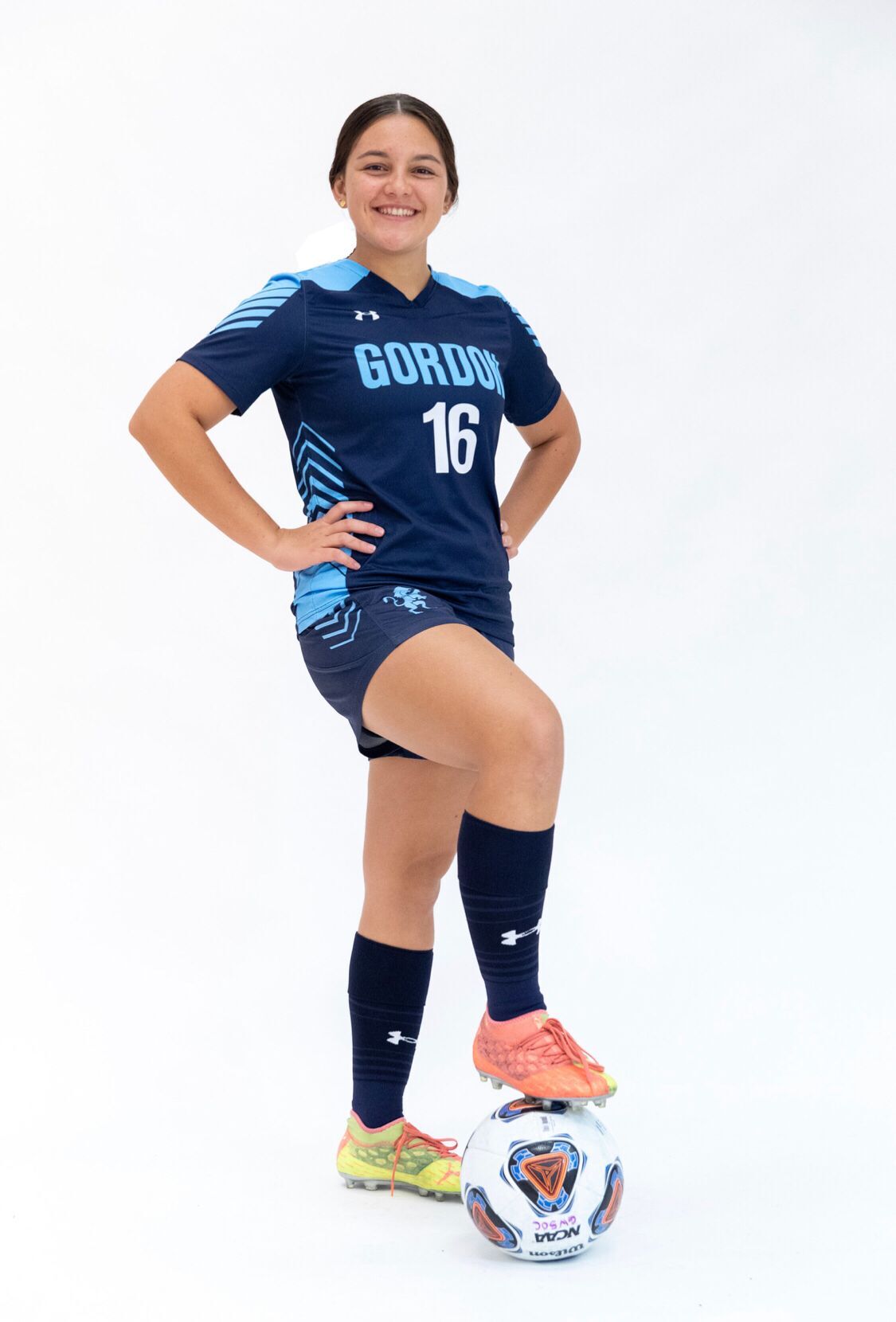 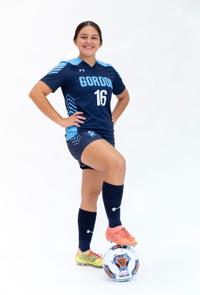 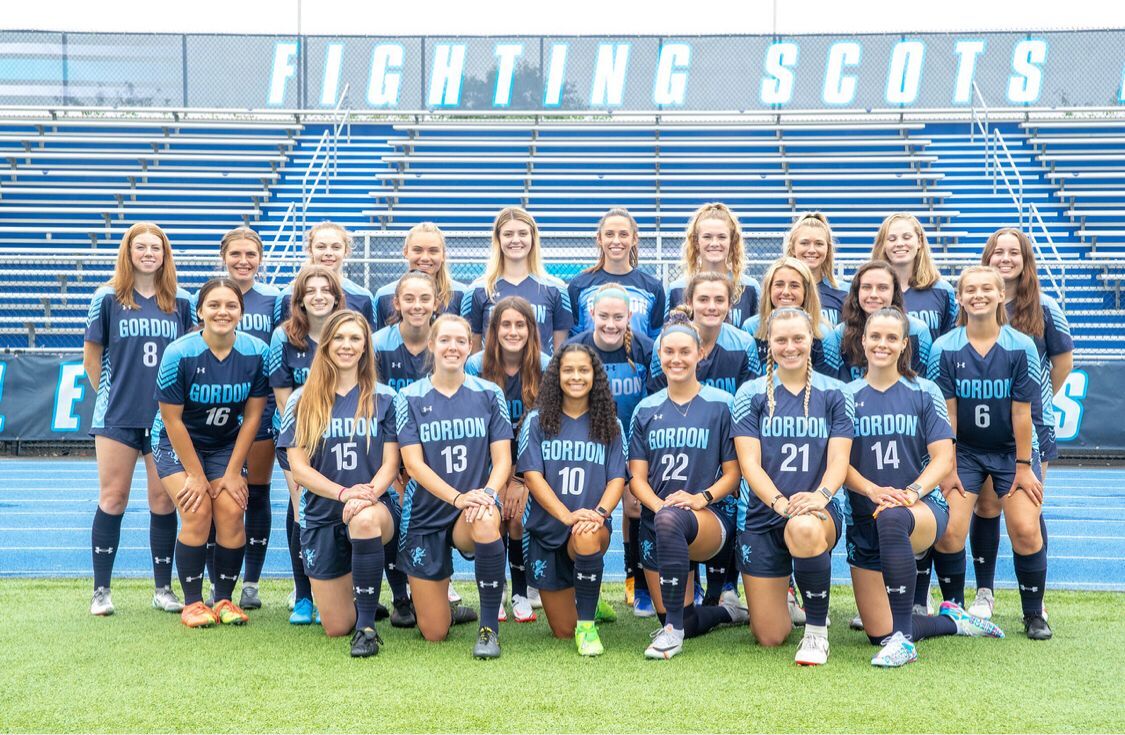 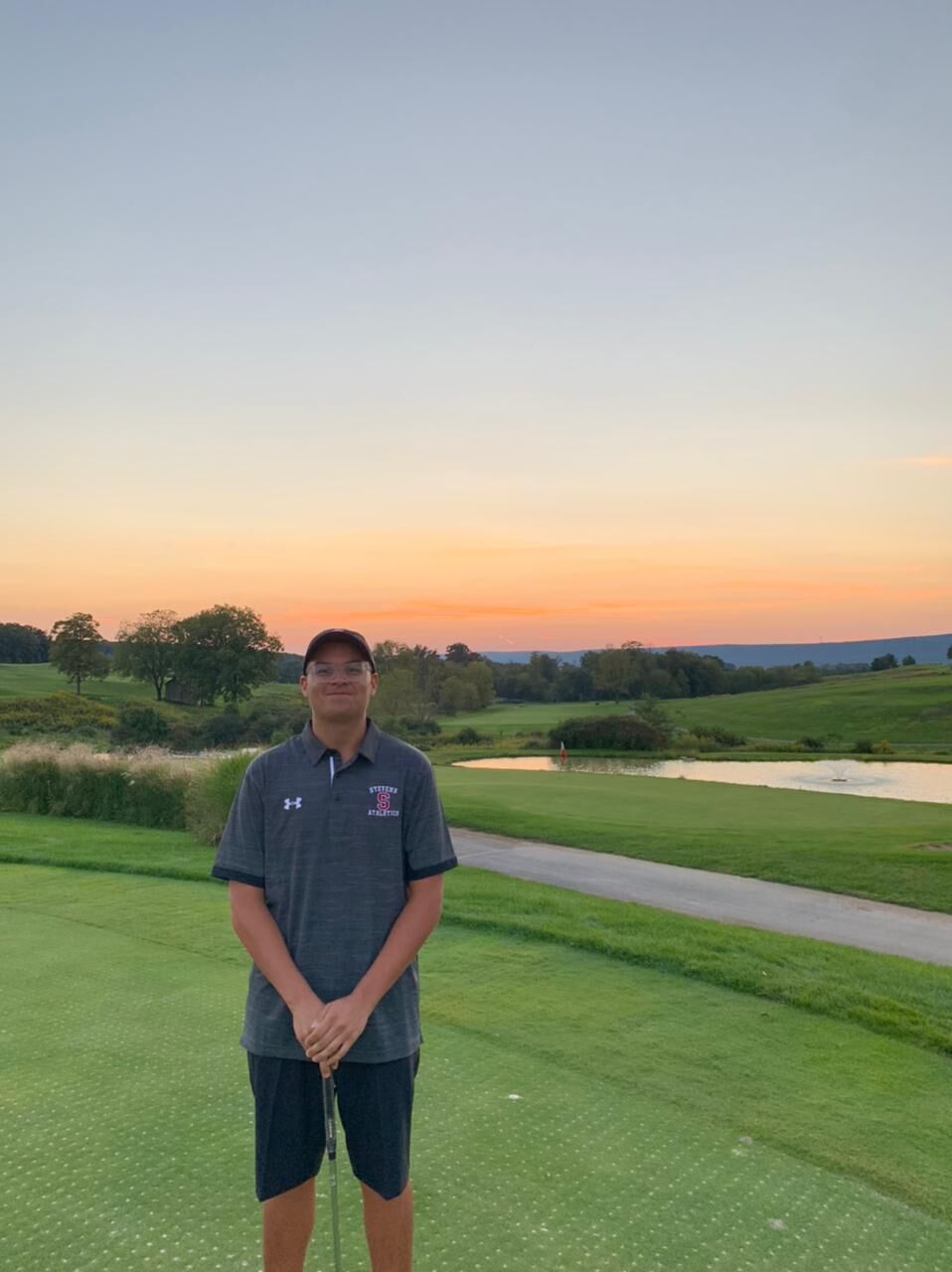 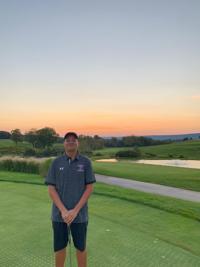 CONSISTENCY IS NAME OF GAME: Stevens Institute of Technology's Eduardo Terlaje finished his first collegiate tournament – The Gauntlet – this past weekend. Contributed photo 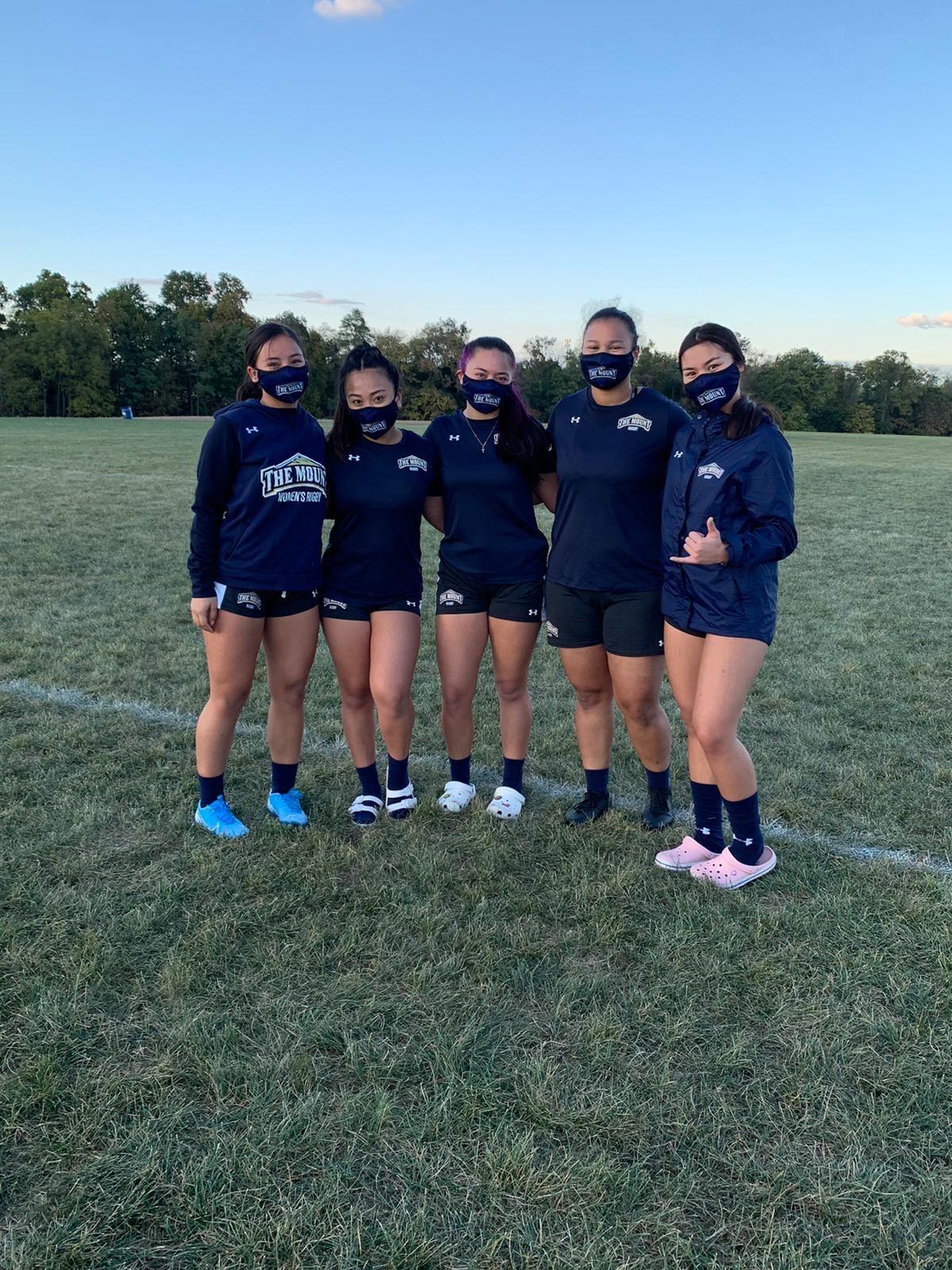 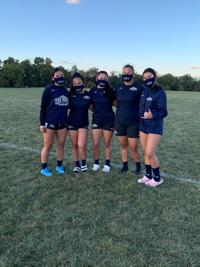 Island athletes representing at the collegiate level are continuing to carve their niche despite the larger talent pool in the U.S.

Gordon College’s Sabbie Kenney played 54 minutes in the Fighting Lions’ 7-0 victory over Easter Nazarene University. The Division III school, which competes in the Commonwealth Coast Conference (CCC), is now 2-0 to start the season.

Known for her versatility, the junior, a Harvest Christian Academy alum, rotated between two positions for this game.

“In the first half, he played me as a left outside back. In one attacking play, I slotted the ball between two defenders for my teammate to run on to. She read the play, beating the two opponents and scored the second goal of the match,” Kenney said. “In the second half, Coach Chuck had me as a defensive mid where I helped distribute the ball on offensive plays and ‘clog up’ the middle when it came time to defend.”

Going up 2-0 in the first half, Kenney said it was easy to want to take a step back and cruise. But, part of elevating her game as a collegiate athlete means learning how to keep the pressure on regardless of the score, she said.

“Coach Chuck (Breton) made it clear that for this team, the way we just played was disrespectful to our opponent, ourselves, and the God we represent,” she said. “Things needed to change in the way we were thinking which would translate to how we execute on the pitch. Within the first five minutes of the second half, we placed a beautiful goal in the back of the net, and the rest followed suit.”

Walking with five more goals in the second half was the icing on the cake, she said.

The Lions will be playing Worcester State in their next game – one that Kenney says she’s looking forward to, because they’re expecting a more difficult matchup.

“This team is a scrappy one, so fitness and speed of play will definitely be put to the test the full 90 minutes,” she said. “Preparation looks like good recovery from our last game and possession drills to goal the practice before game day.”

Being far from home, Kenney said, she’s always grateful for the time she gets on the pitch and the support she gets from the island.

“As a college athlete being so far from the home island, all the love and support from Guam definitely encourages me to continue pushing forward. It is humbling to say that in playing at this level, I am also representing Guam along with my fellow collegiate islanders,” she said.

Competing in The Gauntlet for Stevens Institute of Technology, Eduardo Terlaje is enjoying his first foray into collegiate sports.

“Playing in my first ever college golf tournament was a great experience. I got to meet a lot of new people and was able to see some good golf,” he said. “The condition of the course was very good and made it tough. The competition was there and I feel like I am very in reach of the competition in front of me.”

He had a rough start, he said, but was able to overcome it to post a decent score.

“I started my day as 6 over thru my first 6 holes and finished with a total of 7 over which shows I just had a really rough start and hung in there to post a decent score. I am really happy for my team,” he said.

For Terlaje, closing the gap in experience between him and the older, more experienced competitors is something he’s looking forward to.

“The only real difference is that I am playing with older people, most of which already have a lot of college tournament experience. However, I am used to competing with older people because of the Amateur events that I played while on Guam throughout my high school career,” he said.

His next competition, the Holy Oaks Shootout, is slated for Sept. 26 and will be hosted by Arcadia University.

Tamayo impresses in rugby at The Mount

Mount St. Mary’s Mara Tamayo continued to make her mark in rugby. The Mountaineers’ reserves for the Brown game and B Team put on a scoring bonanza against the newly formed Manhattanville College Valiants in Emmitsburg, Maryland. In three separate seven-a-side games, the Mountaineers defeated the visiting Valiants 43-0, 31-0 and 37-0.

Her head coach, Farrah Douglas, spent a little time talking about the impact Tamayo made on the field as they tried out sevens for the first time since the pandemic shut down sports in early 2020.

“Mara lead the team with 7s experience and pushed the pace of the game with her fitness and creativity with the ball in hand. She played with ferocity, passion and a smile the entire time. Her versatility as a rugby athlete really showed in her 7s play,” Douglas said.

Her ability to manage the team’s experience and see opportunities for them exploit on the field made her invaluable, Douglas said.

She added, "Mara is developing into both a great decision maker and on field leader. It was nice to see her be able to express her self on the 7s pitch, gives us just small hint of what these Guam athletes can do, and that makes for some very exciting rugby!"