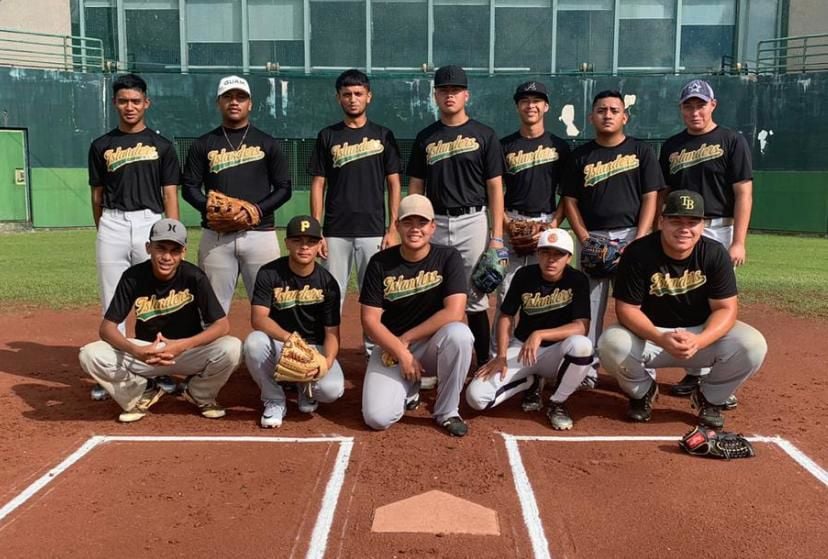 CLIMBING UP THE RANKS: The John F. Kennedy High School baseball team improved to 4-2 in Independent Interscholastic Athletic Association of Guam baseball with a 2-0 victory over the Father Duenas Friars at LeoPalace Resort in Yona on Saturday. Courtesy of John Cruz 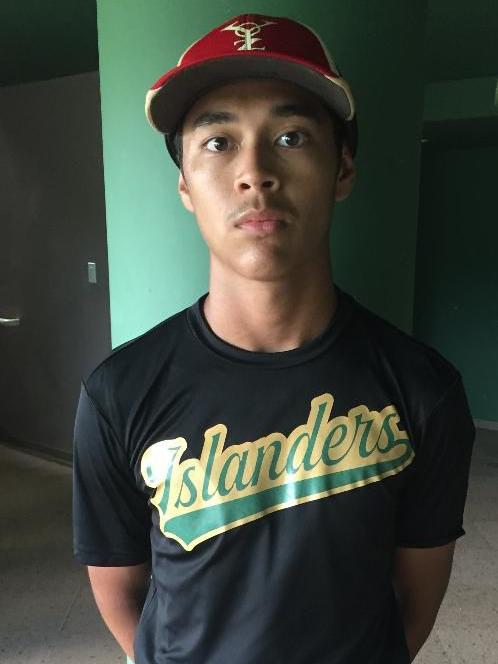 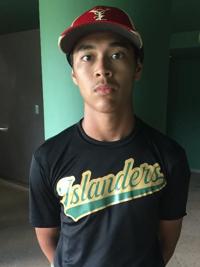 CLIMBING UP THE RANKS: The John F. Kennedy High School baseball team improved to 4-2 in Independent Interscholastic Athletic Association of Guam baseball with a 2-0 victory over the Father Duenas Friars at LeoPalace Resort in Yona on Saturday. Courtesy of John Cruz

JFK put up single runs in the top of the fifth and sixth innings against FD starting pitcher Aidan Lizama on a bright, sunny afternoon at LeoPalace Resort. The rest was a pitchers’ duel.

The Islanders broke through with a run-scoring single by Jeremiah Kintoki to drive in Allen Blend in the fifth inning. Malcolm Pangelinan made it 2-0 with an RBI single scoring John Cruz in the top of the sixth.

The group of Blend, Cruz, Pangelinan and Gavin Lim represent a veteran core that hope to go out on a high note in their senior season. The potential has been evident with the gem by Lim giving them two straight wins and a 4-2 record in IIAAG play.

Every game, the team gets better, Cruz said.

“I knew it was going to be a tough battle, FD will always be strong,” he said. “We’re hungry to win and get a good seeding in the playoffs.”

“I think every win boosts a team’s confidence, especially in a league where all-star caliber talent is spread out amongst all the teams,” Gavin Lim told The Guam Daily Post. “This was a great team win, our defense was solid the whole game and we had timely hitting to help secure the victory.”

The JFK senior said control and composure were probably his biggest weapons on Saturday. His defense also had his back, committing no errors and closing out several Friar rallies.

FD loaded the bases with one out in the bottom of the third, but Lim was able to get out No. 2 with a strikeout and got some help from his younger brother, Gage Lim, who made a nice catch in left field to end the threat.

With a 2-0 lead in the bottom of the sixth, Gavin Lim again stranded runners at second and third with a grounder to Cruz at shortstop, ending the inning.

“I think my team’s ability to just play one pitch at a time and make routine plays is what made us get out of those jams unscathed,” credited Gavin Lim.

“Defense wins games, and that was the best defensive game that we’ve played so far,” Cruz said.

FD falls to 1-2 on the season and will look to bounce back when they travel to Okkodo High School to take on Simon Sanchez High School on Monday.

In other action, the Guam High Panthers picked up their first win of the season, holding off the Tiyan High Titans 14-13 on their home field at Guam High School in Agana Heights.

George Washington High (4-0-1) remains unbeaten with a 10-1 victory against the visiting Southern High Dolphins in Mangilao on Saturday.