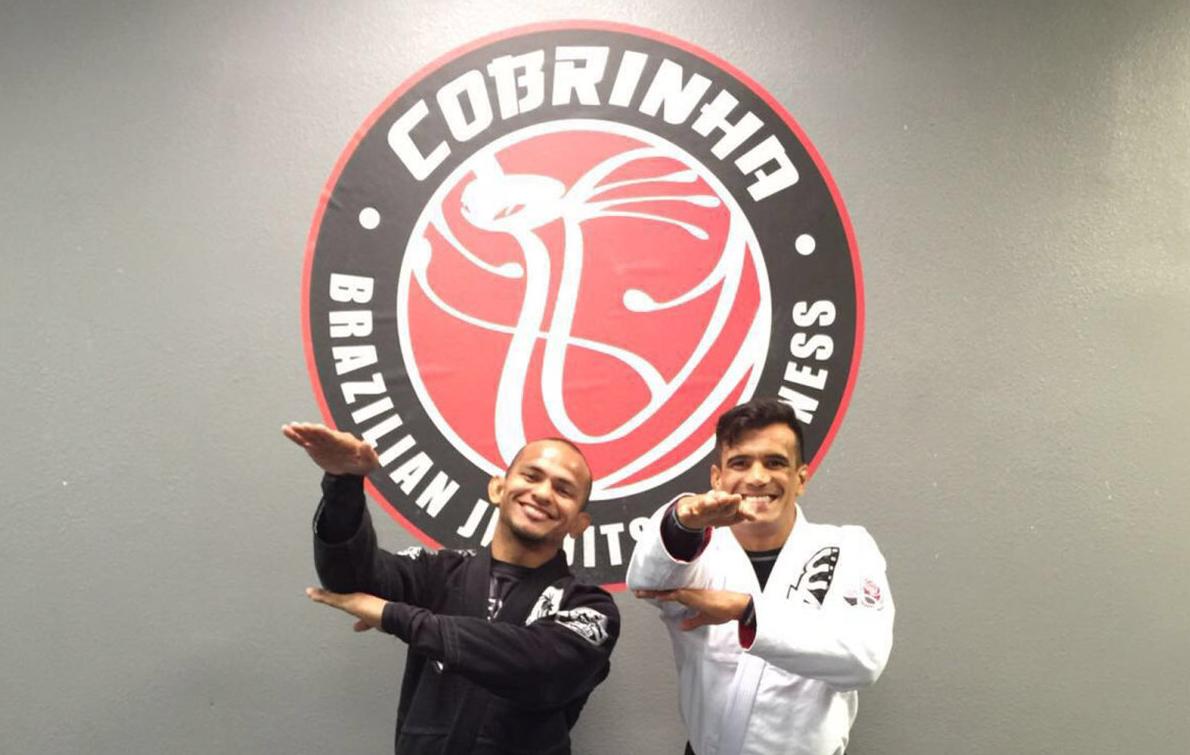 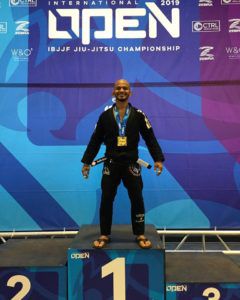 WORKING ON HIS GAME: Luis Blanco from Alliance Fight team, and owner of The Pound Academy at The Summer Town Estates in Dededo, is back at the top of the podium after nine years out of competition, capturing gold in the Master 3 Featherweight division at the IBJJF Phoenix International Open Jiu-Jitsu on Sept. 28 in Arizona. Contributed photo

WORKING ON HIS GAME: Luis Blanco from Alliance Fight team, and owner of The Pound Academy at The Summer Town Estates in Dededo, is back at the top of the podium after nine years out of competition, capturing gold in the Master 3 Featherweight division at the IBJJF Phoenix International Open Jiu-Jitsu on Sept. 28 in Arizona. Contributed photo

After taking a nine-year hiatus from international competition to grow his business, Luis Blanco is back on top of the podium.

Blanco, a first-degree black belt who fights with Alliance Jiu Jitsu team, is the owner of The Pound Academy, a jiujitsu school located at The Summer Town Estates in Dededo.

The 41-year-old Blanco tuned up with silver medals at the San Jose Open in April and the Tokyo Open in June, before fulfilling a long-time goal by competing in the 2019 World Master IBJJF Jiu-Jitsu Championship in Las Vegas, NV in August.

“My overall goal … was to compete in this year’s World Masters,” Blanco said.

Despite losing his second match in a field of 30 of top Master IBJJ featherweights, Blanco said, “It was the best experience ever … and just the idea of setting a goal, and finally achieving it, this year, was amazing.”

Blanco, not slowing down, Oct. 20, is headed to Texas to compete in the Houston Fall International Open IBJJF Jiu-Jitsu Championship.

“I’m happy to be back,” Blanco said. “I’ve always been very competitive, and I’m blessed to be back at full force.”

The 1996 Father Duenas Memorial School graduate found his home on the mat while wrestling in high school, but it wasn’t until afterward when picked up jiujitsu and began competing in blue-belt tournaments.

But a commitment to teaching and developing his BJJ and training academy steered him away from competition. According to Blanco, injuries created further mental and physical obstacles to getting back into competition shape.

But the desire to compete was strong, and he made plans to return to the mat.

“I committed to the process and fully prepared myself for it,” Blanco said.

A big part of that process was finding balance with work, training, and competition.

While feeling like a “prisoner to his craft” for many years, he credits his coaches and staff with allowing him to step back into the space he truly loves – competition.

“I finally have that now where I can walk away and not worry about my students, coaches, or staff,” said Blanco, adding that it is a “true blessing to be able to experience.”

Blanco, embracing the second-chance to compete, admits, unselfishly, “most of all, I’m doing this for me.” … “‘I’ve thought, what am I doing?’” But, the beauty of jiujitsu is, it keeps going. To be able to get to that goal is very fulfilling.”

Staying injury-free and working toward his fifth tournament in six months, Blanco said he is “thankful to get to compete and to have found a good flow and rhythm.”

“I’m just going to take every day as it comes, one tournament at a time,” Blanco said.

We need to do more to help neglected and abandoned children. Here are some ways.

In a perfect world, every baby will arrive in a family that's been eagerly waiting to shower them with care and love and will put the baby's i… Read more

Do Micronesian migrants belong here on Guam? Should they be allowed to make their home here? We know that the Compact provision allows them to… Read more

Editor's note: This opinion by Robert Klitzkie was shared with The Guam Daily Post after it was submitted as legislative testimony on the issu… Read more