MAHIMAHI: Jeff Espinosa holds a 9-pound mahimahi he and his two brothers, Kent and Keith, caught on the Jernie II off the coast of Guam. The Espinosas, along with 21 other crews, competed is Saturday's 2020 Mahi Madness Fishing Tournament. Matt Weiss/The Guam Daily Post 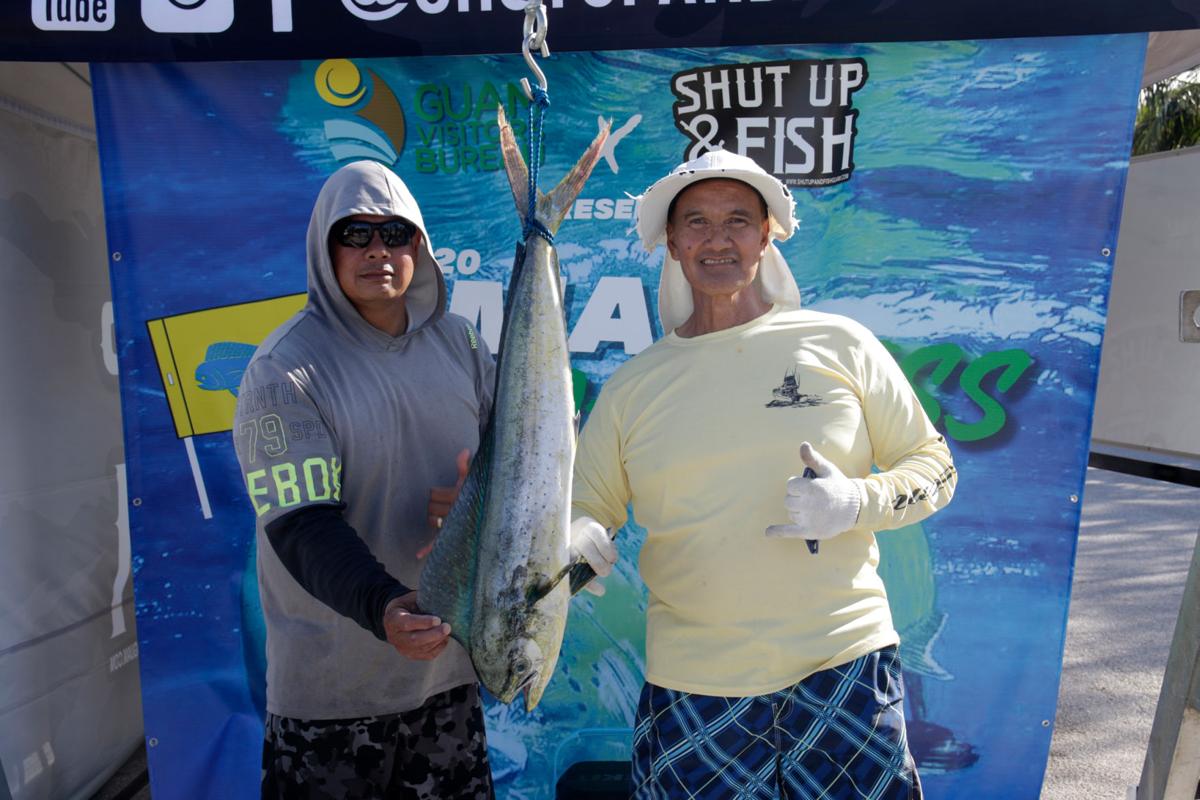 HOOKING IT UP: Joseph Malicsi, left, and Tom Aguon caught a 7.6-pound mahimahi fishing off the coast of Agat in the 2020 Mahi Madness Fishing Tournament. Matt Weiss/The Guam Daily Post 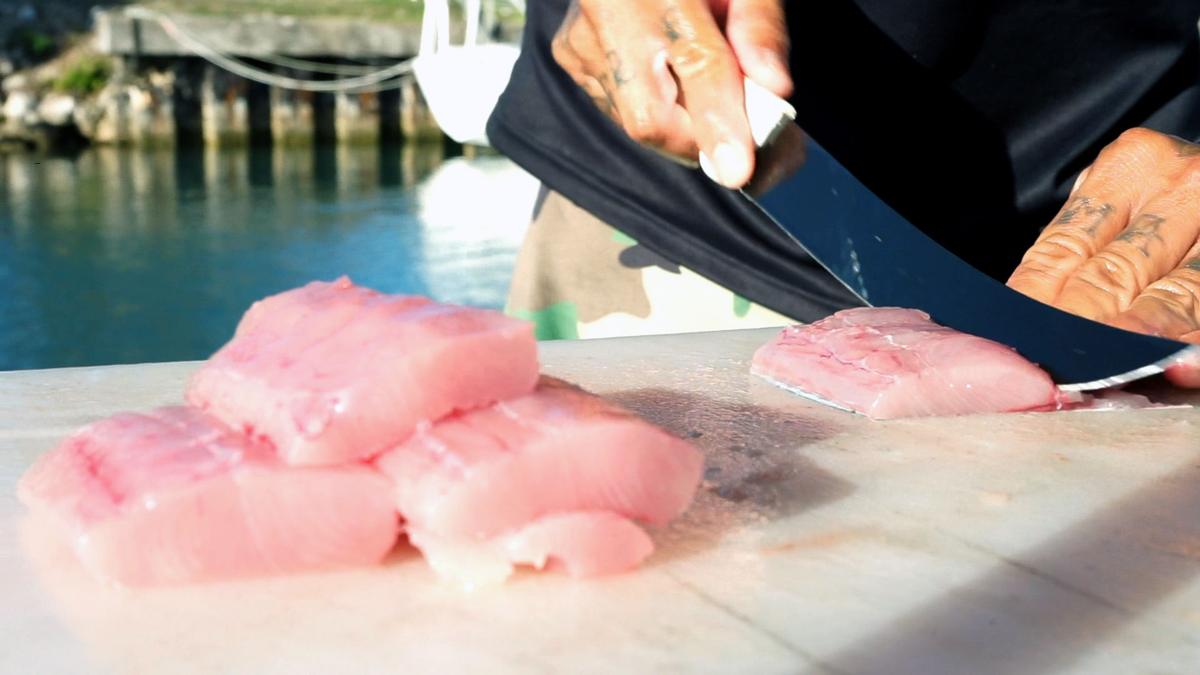 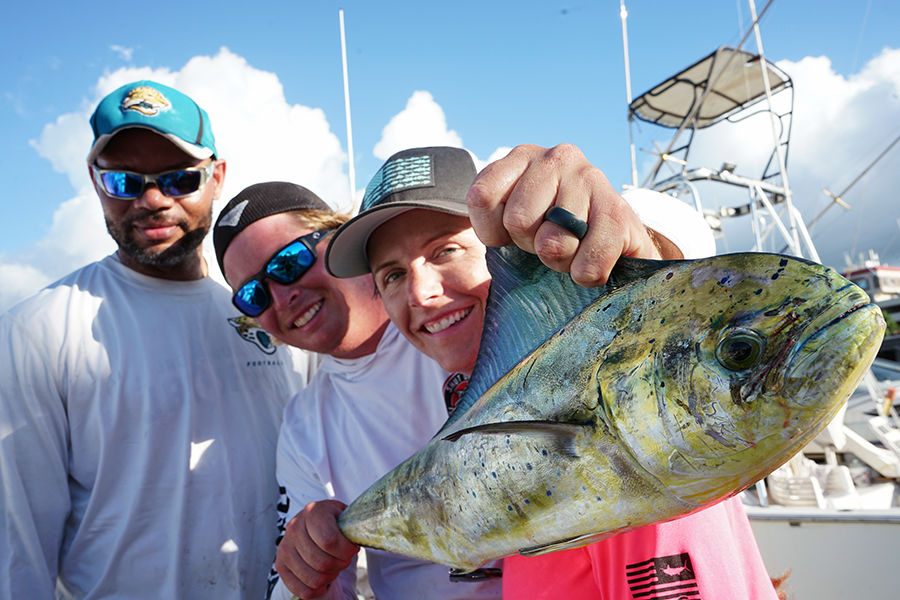 MAHIMAHI: Jeff Espinosa holds a 9-pound mahimahi he and his two brothers, Kent and Keith, caught on the Jernie II off the coast of Guam. The Espinosas, along with 21 other crews, competed is Saturday's 2020 Mahi Madness Fishing Tournament. Matt Weiss/The Guam Daily Post

HOOKING IT UP: Joseph Malicsi, left, and Tom Aguon caught a 7.6-pound mahimahi fishing off the coast of Agat in the 2020 Mahi Madness Fishing Tournament. Matt Weiss/The Guam Daily Post

The 2020 Mahi Madness Fishing Tournament on Saturday attracted 22 boats filled with some of Guam’s finest fishermen.

The first-of-a-kind tournament, mahimahi only, organized by Shut Up & Fish, kicked off a healthy plate of the company's upcoming competitions.

Those missing the weekend’s festivities can get in on the action in the wahoo and mahi challenge scheduled for March. Interested parties can inquire about the upcoming event and other fishing opportunities at shutupandfishguam.com.

In June, Shut Up & Fish is hosting its second annual marlin and tuna fishing derby.

“This year, we wanted to put together a series,” said Christina Cruz, the event’s organizer. “That’s why we kicked off this year with mahi. We’re trying to do a lot more for the community.

“We want to promote sustainable fishing.”

While some crews experienced bad luck and came into the Hagåtña Boat Basin early, the prized fish choosing not to chomp their bait, others were more fortunate.

Tom Aguon, the captain of Rosemary, and Joseph Malicsi, a crew member, caught a few of the coveted fish but said the conditions were too nice for fishing.

“It was too smooth for mahi,” said Aguon, hoping for rougher but not rough conditions.

Having landed three fish, Aguon said he and his crew fished in Agat. He added, it took three hours before they caught their first fish, a 7.6-pounder.

“We trolled from the mouth of the channel, all the way down to Agat,” Aguon said.

With plenty of time between bites, Malicsi and crew enjoyed the friendship, beautiful skies, and tranquil coastal waters.

“What’s fun about the fishing tournament is that everyone comes together, it’s fun to get along, help each other out, watch other people, and make sure everyone comes in safe,” he said. “It’s all about having a good time. Whether you catch one fish or no fish, it’s always a good time in the water.”

While some crews set compass and powered far to Rota Banks, others stayed closer to home. The Espinosa brothers, Jeff, Kent, and Keith, did both. With no action far from home, they turned around Jernie II and headed back to Guam. Jeff Espinosa, showing off the three fish caught close to home, was happy not to return empty-handed.

But, fish, or no fish, spending the day with his brothers is the biggest reward.

“When you do catch a fish, it’s about the satisfaction of actually catching it,” Jeff Espinosa said. “Most importantly, my crew is my two older brothers, and we get to spend the day together as a family.

“We’ve been fishing together, as a crew, for 26 years. It’s a thing that we do to keep the family together.”