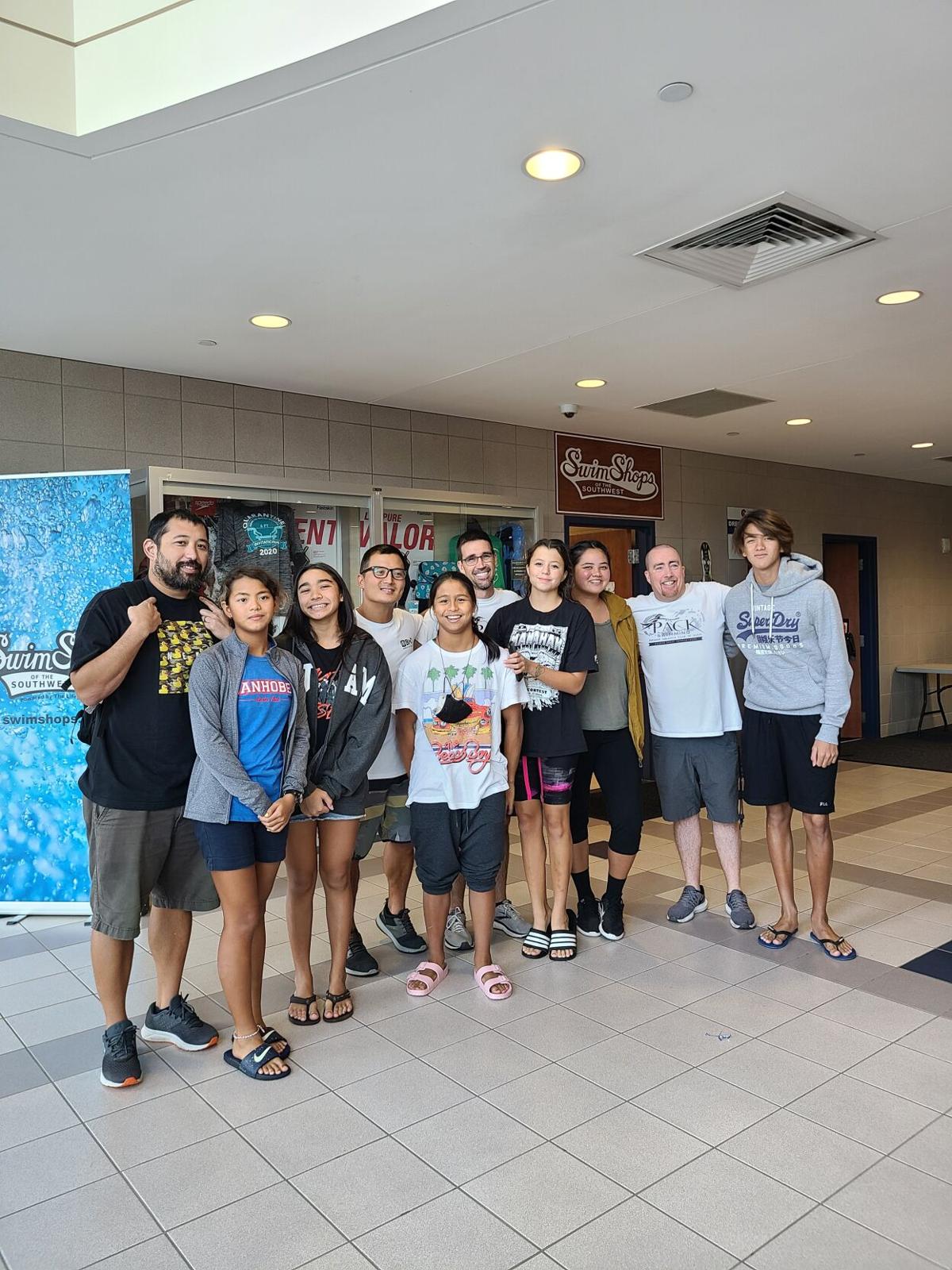 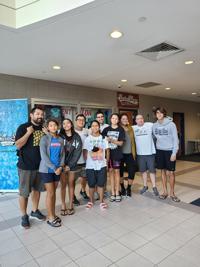 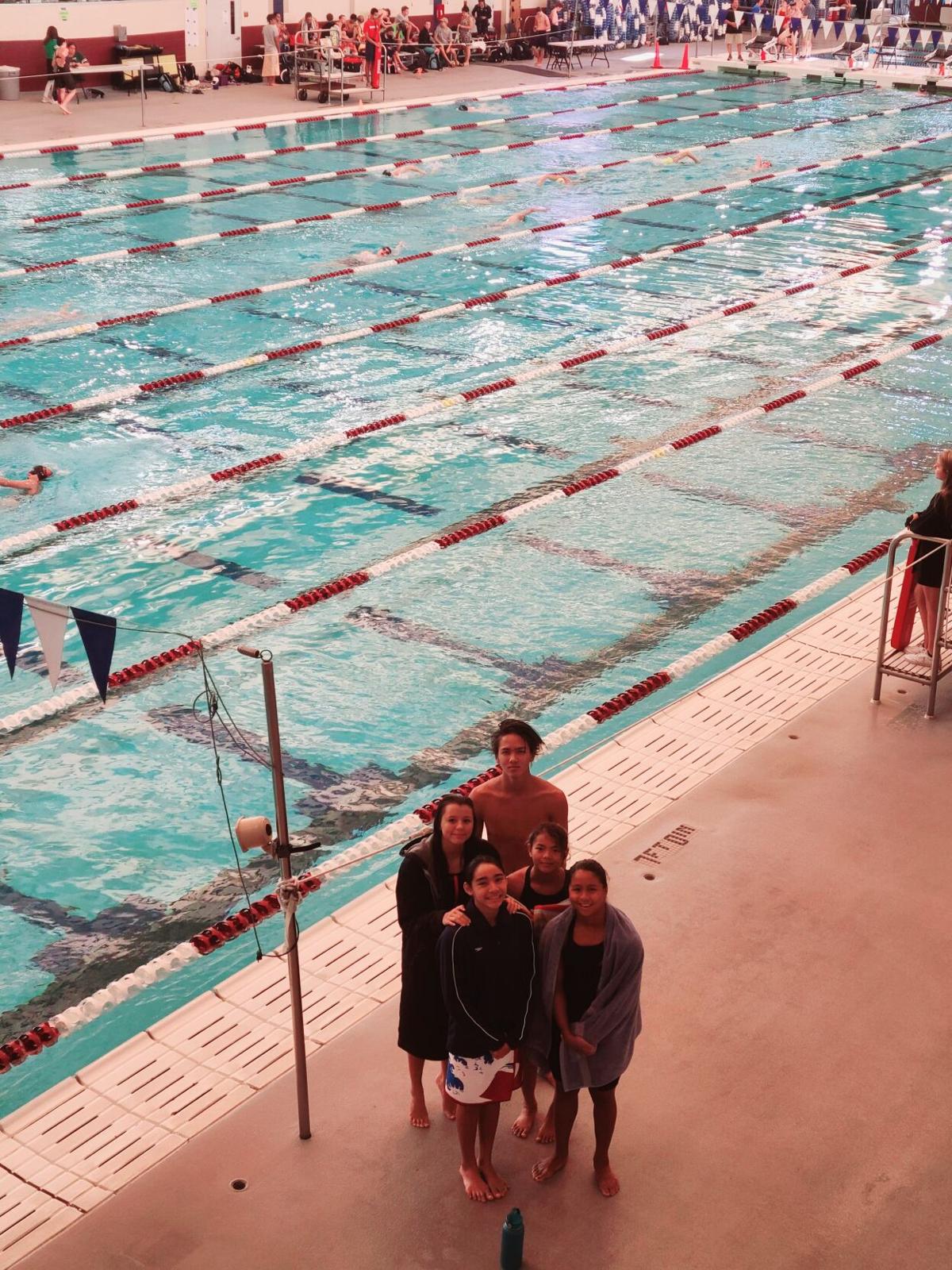 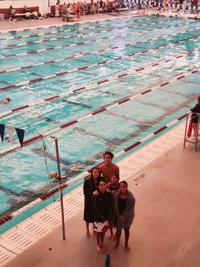 Five Manhoben Swim Club student-athletes competed and advanced to the finals in the 2021 Long Course Senior Championships in Houston, Texas. During the 3-day meet, held July 16-18, over 280 teenage swimmers from 11 Texas teams and Manhoben competed in 14 individual events in this USA Swimming affiliated meet.

Izzy Poppe, keeping his finals appearances streak alive, advanced to the finale in the Boys 100-meter Freestyle. He posted a time of 57.24. Demonstrating versatility, in the Boys 200-meter Individual Medley, he posted a 2:25.13.

Understanding the challenges of swimming through the pandemic and following the ongoing saga of Guam athletes training without a pool, Texas coaches and Manhoben alumni Mike and Shane McCauley invited Manhoben swimmers to train with Premier Aquatics Club of Klein (PACK) in hopes of participating in these USA Swimming championship meets.

“The collaboration between Premier Aquatics Club of Klein and Manhoben has been a tremendous opportunity for swimmers from both teams,” said Manhoben coach Andy Lee. “Despite not having a training pool on Guam and being some of the youngest competitors at this meet, these results make it clear that, against all odds, these kids have what it takes to compete.

“Our time training with PACK has underscored the importance of having proper facilities to train our swimmers and prepare them for the highest levels of competition.”

Guam’s swimmers, without a functioning public pool, will return to the island and resume training in the ocean, as well as in the St. John’s School’s short-course pool.

Mike and Shane McCauley, who have coached hundreds of swimmers with PACK, recognized Guam’s challenges and invited Manhoben to the competition.

The McCauley brothers have represented Guam in multiple international swim competitions, including the South Pacific Games, Micronesian Games and Kamehameha Invitational and credit their roots with Manhoben Swim Club to their enduring love for the sport.

The entire PACK team, especially coaches Jon Koepke, Kim Slaughter, Travis Subda, Eriek Hulseman and Katherine Bryant were instrumental in sharing their expertise and strategy with these Guam swimmers - both in and out of the pool.

“As Manhoben alumni, it was a perfect circle getting to host the swimmers of today’s Manhoben team. Mike and I were thrilled to be able to offer our facilities, our team and access to good competition for these young athletes," Shane McCauley said.

"When we were training under coach Ed Ching and coach Don San Agustin, they ingrained perseverance and inner strength in all we did. Our swimmers on PACK saw those qualities that make a powerful athlete still thrives in them,” he added.

“No real facilities of their own, tough ocean training and COVID lockdown didn’t break them,” he added. “They put on their goggles and raced like true Manhoben swimmers and products of the proud island of Guam. They promised to return and our team can’t wait to have them again."

“If only the problem of a pool was solved for these amazing young athletes, the impact would be far-reaching,” added Mike McCauley.

Without a proper pool and future competition uncertain, Manhoben swimmers swam their hearts out.

“Not knowing when their next competition will be, it is incredible to see the true dedication these swimmers have to their training, to the sport and to their teammates,” said Manhoben coach Amanda Poppe. “We are grateful to our parents, coaches and advocates for their continued support and encouragement.”

“Despite not having a training pool on Guam and being some of the youngest competitors at this meet, these results make it clear that, against all odds, these kids have what it takes to compete." Andy Lee, coach, Manhoben Swim Club