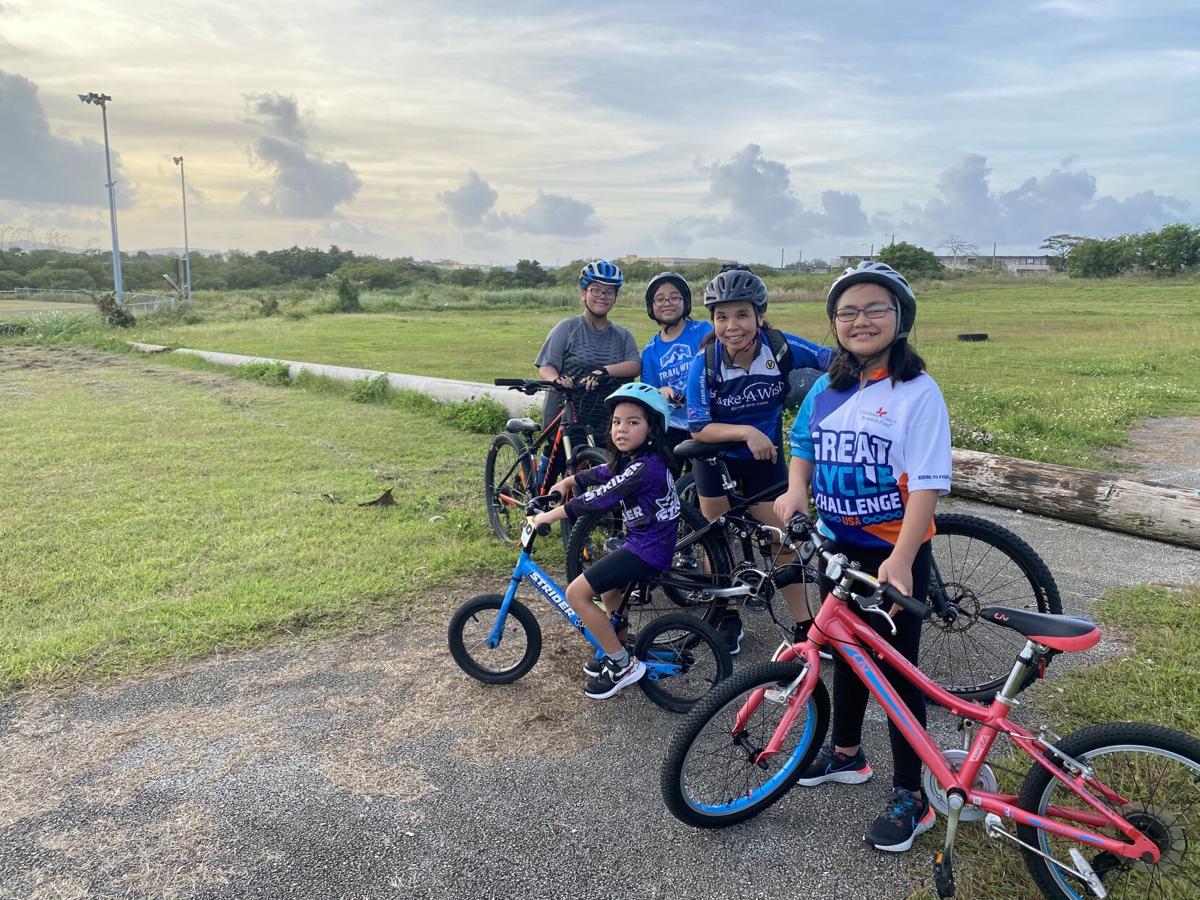 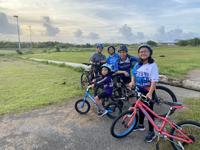 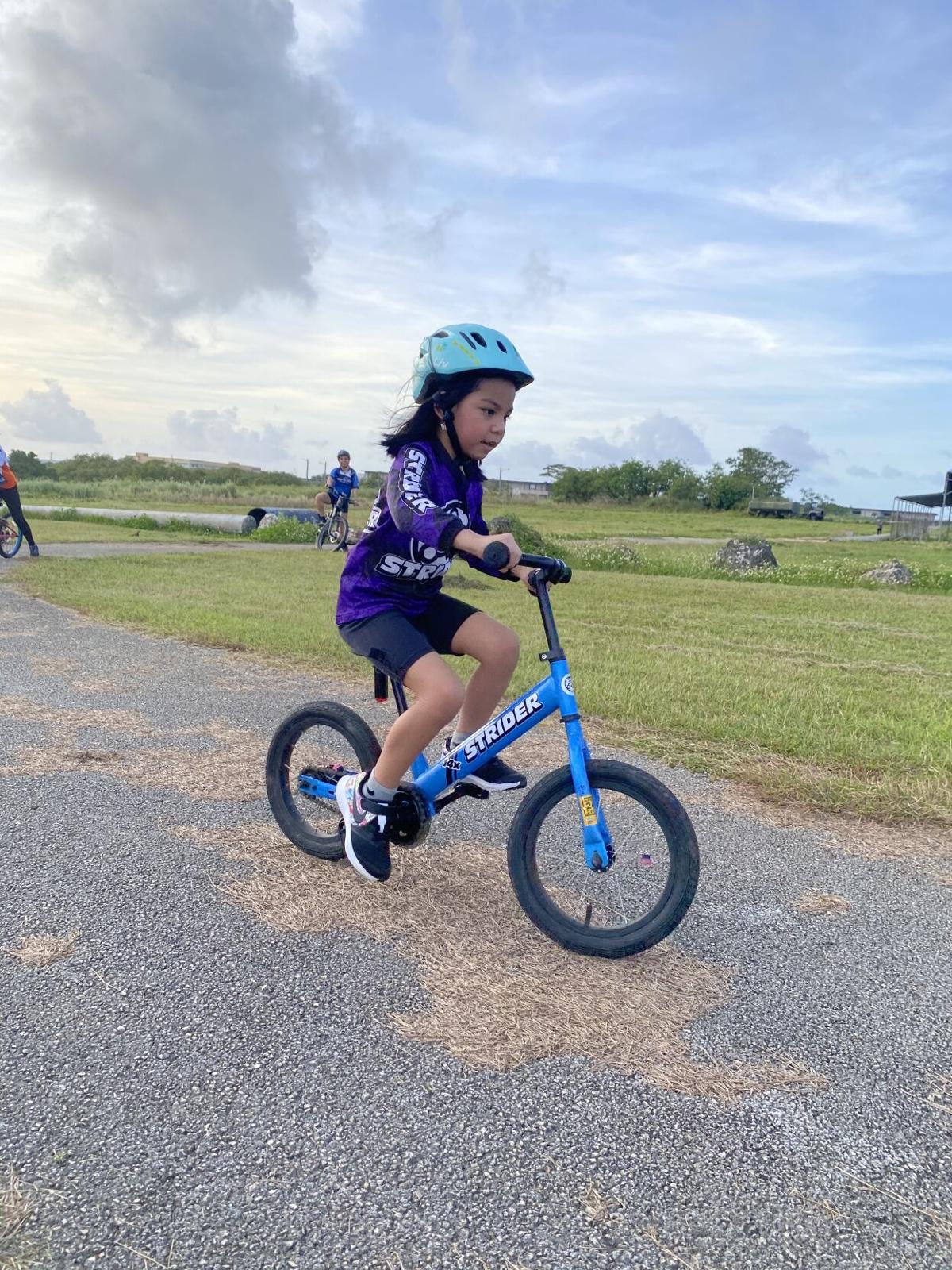 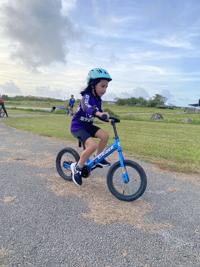 THE BEAST: Six-year-old Elijah Grace Untalan, who has no off button when she hits the open road, is shown at Tiyan Sunday afternoon. Contributed photo 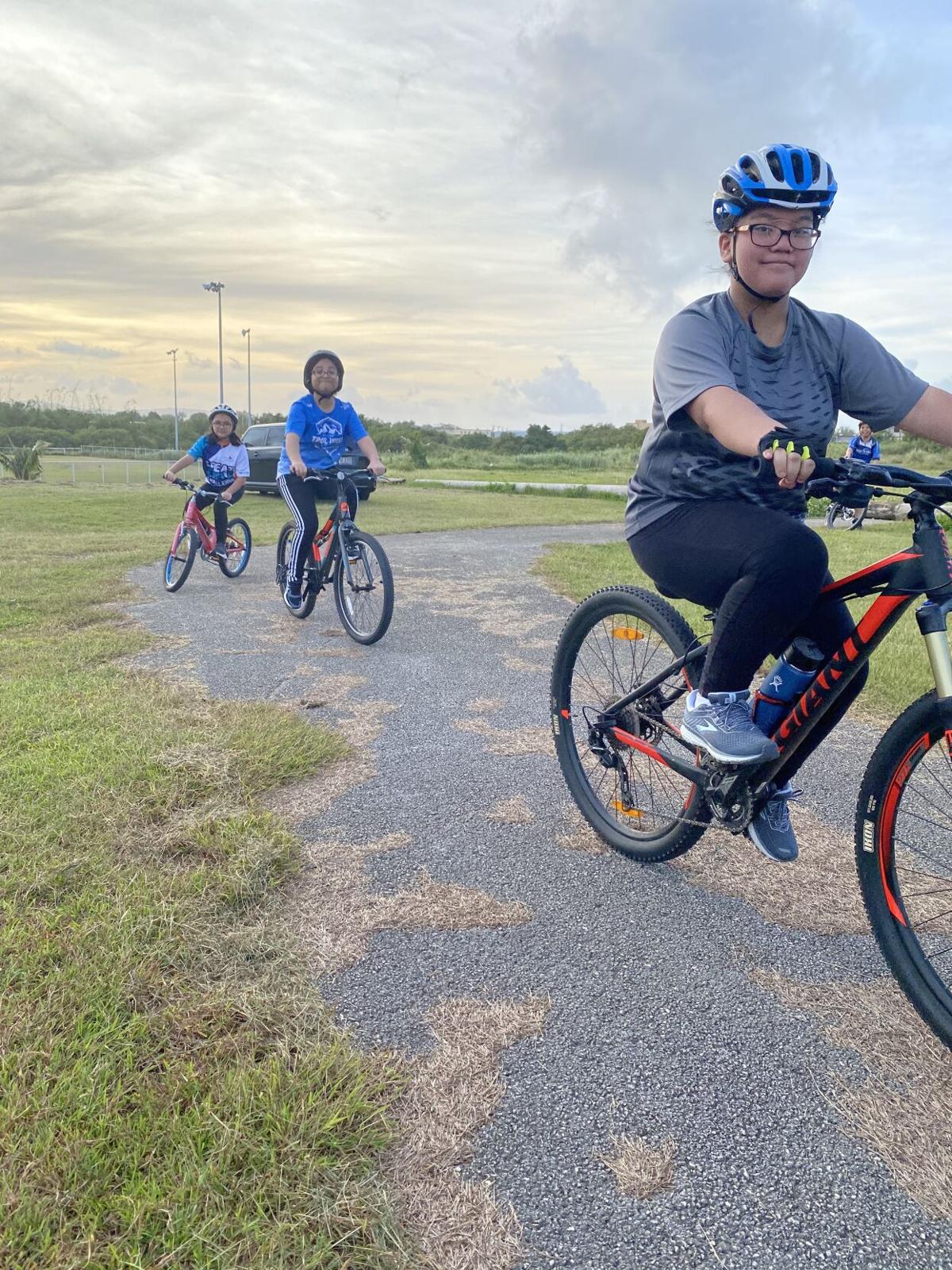 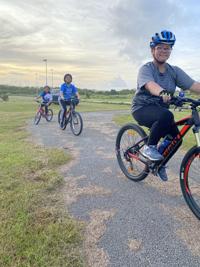 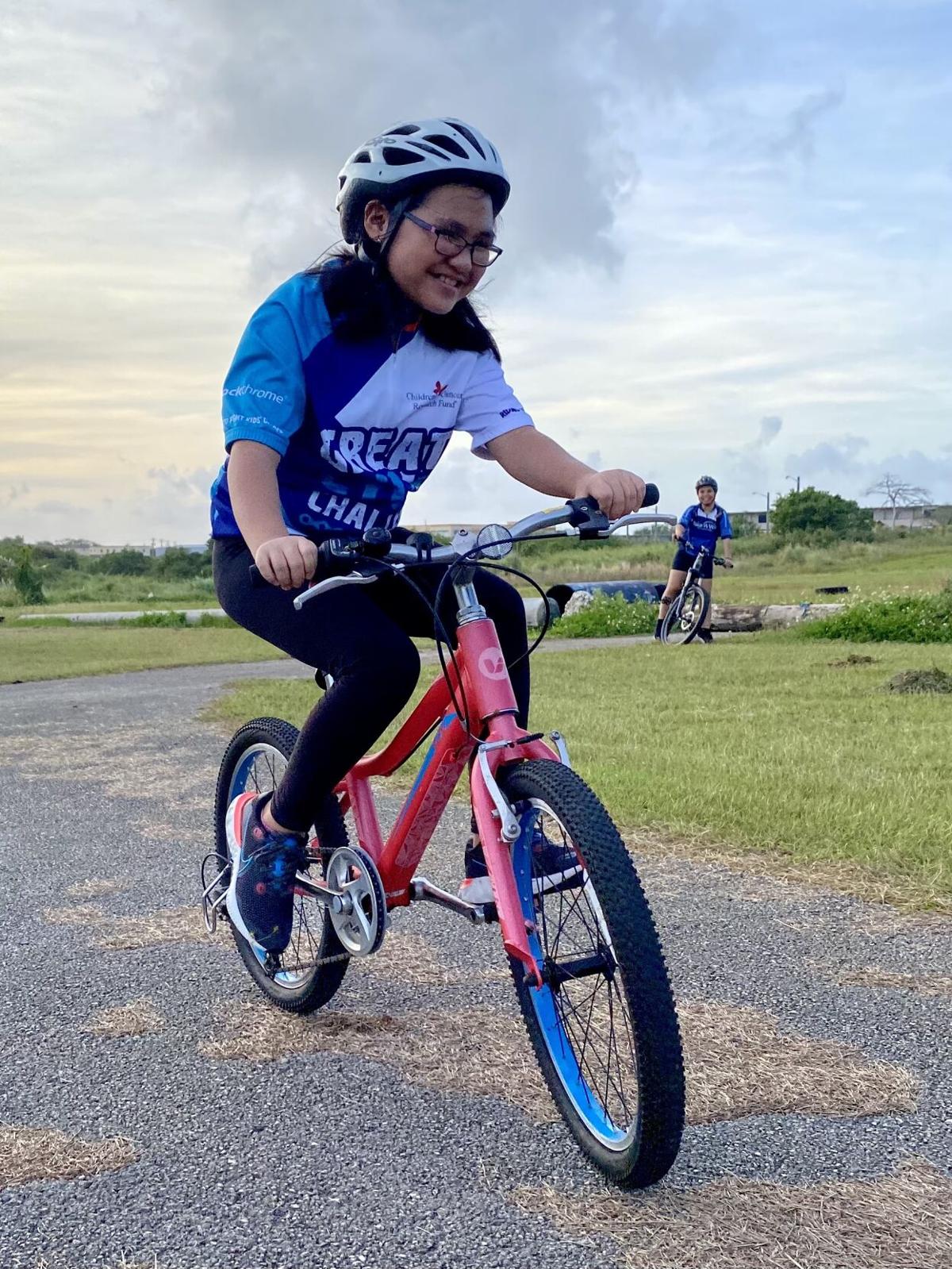 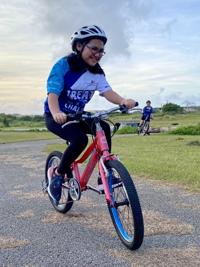 A RIDE AROUND THE PARK: Ten-year-old Ave Nalei Untalan is shown at Tiyan carnival grounds Sunday while on an afternoon ride with her cousins. Contributed photo

THE BEAST: Six-year-old Elijah Grace Untalan, who has no off button when she hits the open road, is shown at Tiyan Sunday afternoon. Contributed photo

A RIDE AROUND THE PARK: Ten-year-old Ave Nalei Untalan is shown at Tiyan carnival grounds Sunday while on an afternoon ride with her cousins. Contributed photo

With all the COVID-19 has wrought across the island sports scene, some sports have seen a resurgence among island athletes … and some non-athletes.

Social distancing guidelines and stay-at-home orders have made it near impossible for fans to race 5Ks, play football or sit shoulder to shoulder cheering on their favorite volleyball player. The island’s COVID Area Risk Score has dropped significantly in the last few months signaling that the island may be turning a corner in its fight against the coronavirus.

While courts have quieted down, the roads have seen an uptick with runners and cyclists gearing up for long rides around the island. At night through Tumon, groups fly up and down using sharrows. Sundays are lazy days with cyclists putting in mileage and taking the scenic route.

Cycling as a whole has seen uptick across the world. On island, cycling as a recreational sport is steadily seeing growth from all ages and all ability levels. Try buying a bike on island. Let us know how that goes.

For cyclist Erin Barrer, the sport was something she picked up five years ago.

“I do it for recreation,” she said, adding she’s done a few races, but nothing seriously competitive.

About a year ago, she pulled in her goddaughters – Elijah Grace Untalan, Ave Nalei Untalan and Kayah Untalan – for weekly rides.

Getting out of the house and enjoying the fresh air has been great for the girls, she said.

"Cycling has been so much fun for the girls!," Barrer said.

That Sunday, the three girls were joined by their cousin Tae’a Hocog and uncle Teddy Hocog for an afternoon at Tiyan.

“I wish they had more safer routes, more parks for children to ride,” said Barrer. Tiyan offers a safer alternative for the young athletes, but Barrer said, she has high hopes the young novices will get stronger.

Cycling, unlike running, Barrer said, is fluid and offers less strain and stress on the joints when compared to sports like running.

Her goddaughter, Kayah, agreed, adding she doesn't normally enjoy exercising, but cycling is something she looks forward to after a day at home.

Teddy Hocog, also an avid cyclist, echoed the sentiments, adding the girls needed to get conditioned if they wanted to hit the tougher trails.

“Right now, it’s just nice and easy,” he said, adding the focus is on fun. “I tell them the reward of riding is feeling the wind on your face. There’s nothing like it … Eventually, the goal is to carry this lifestyle into adulthood."

“It’s the essential stuff – following the rules of the road, wearing their helmets,” she said.

Also, working at Tiyan where there is less traffic also allows them to work on their simple technical skills, she said, like decelerating while going downhill and learning to take turns.

All of it will take time, Barrer said, and she’s grateful for the opportunity to share her passion for cycling with her goddaughters.