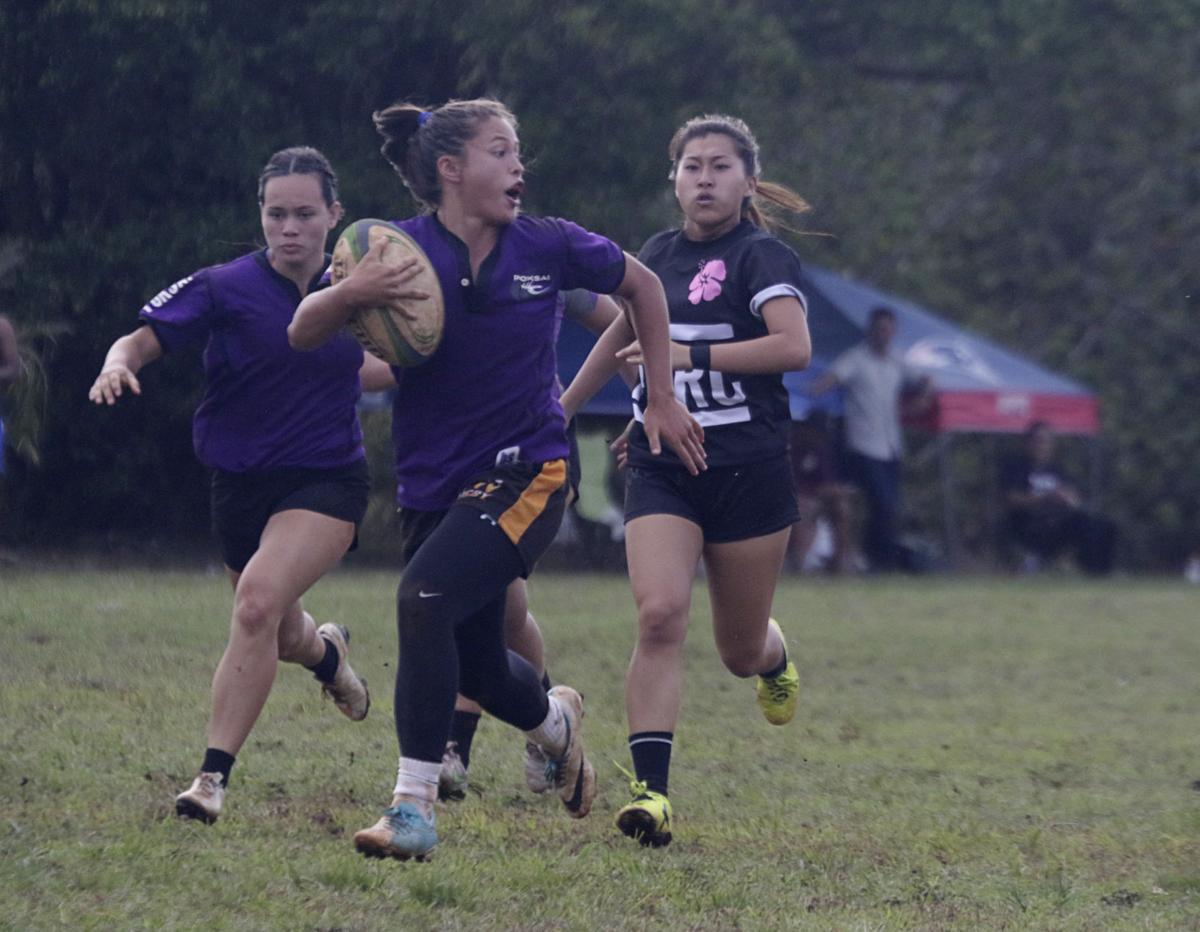 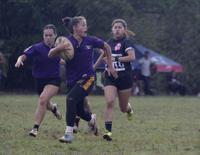 KEEP LOOKING FORWARD: In this April 2018 file photo, Poksai's Jalana Garcia looks over her shoulder during the True G.R.I.T. at the GRFU Rugby Field in Wettengel. Poksai defeated Para Todu 24-5. Garcia, who plays on the NCAA D1 MSMU women's team, has emerged as one of the Northeast Conference's most-dominant players. Matt Weiss/The Guam Daily Post 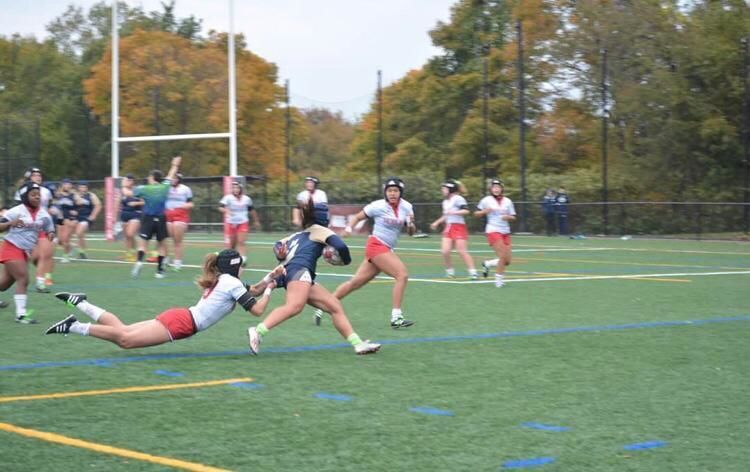 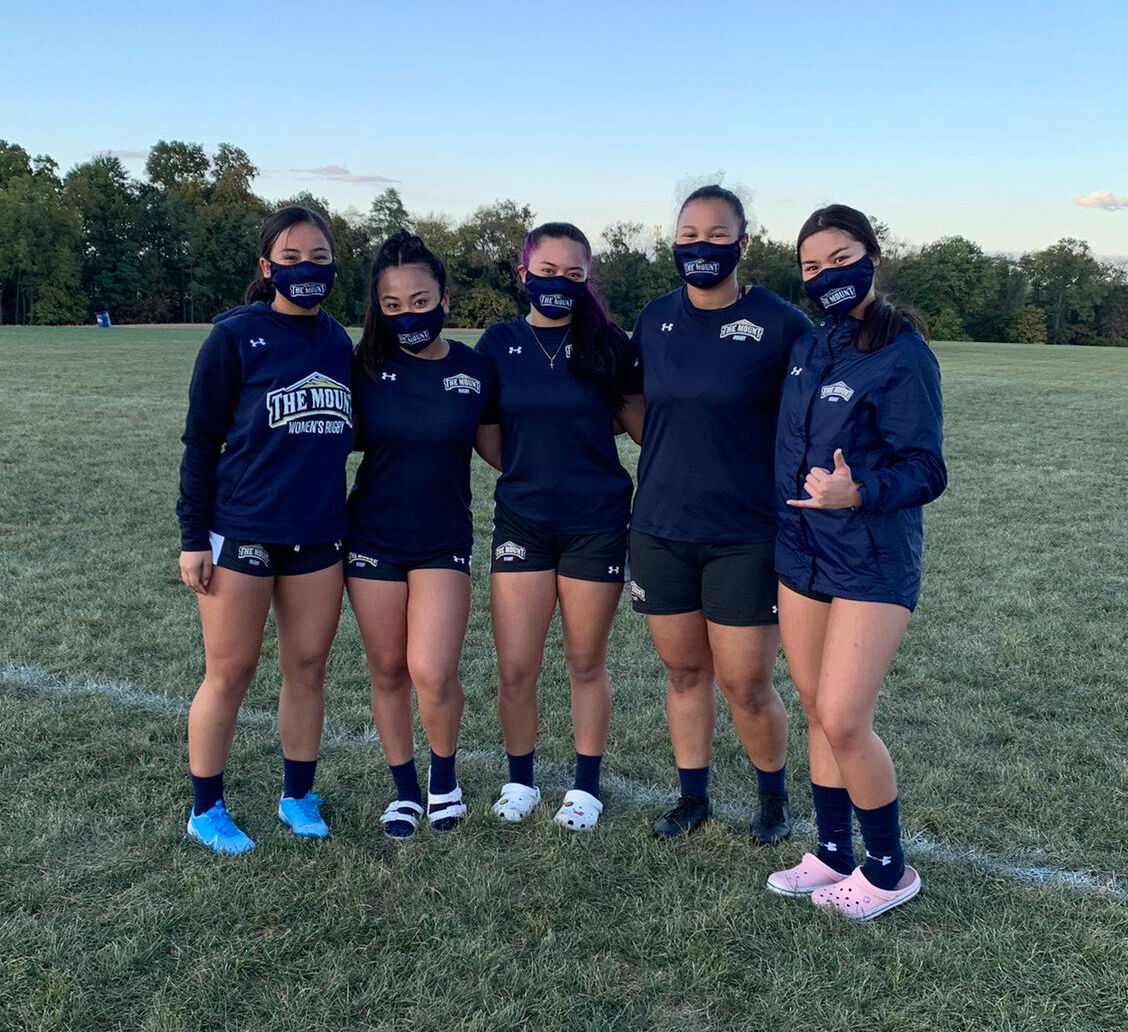 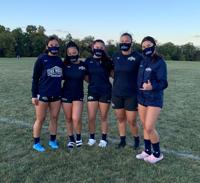 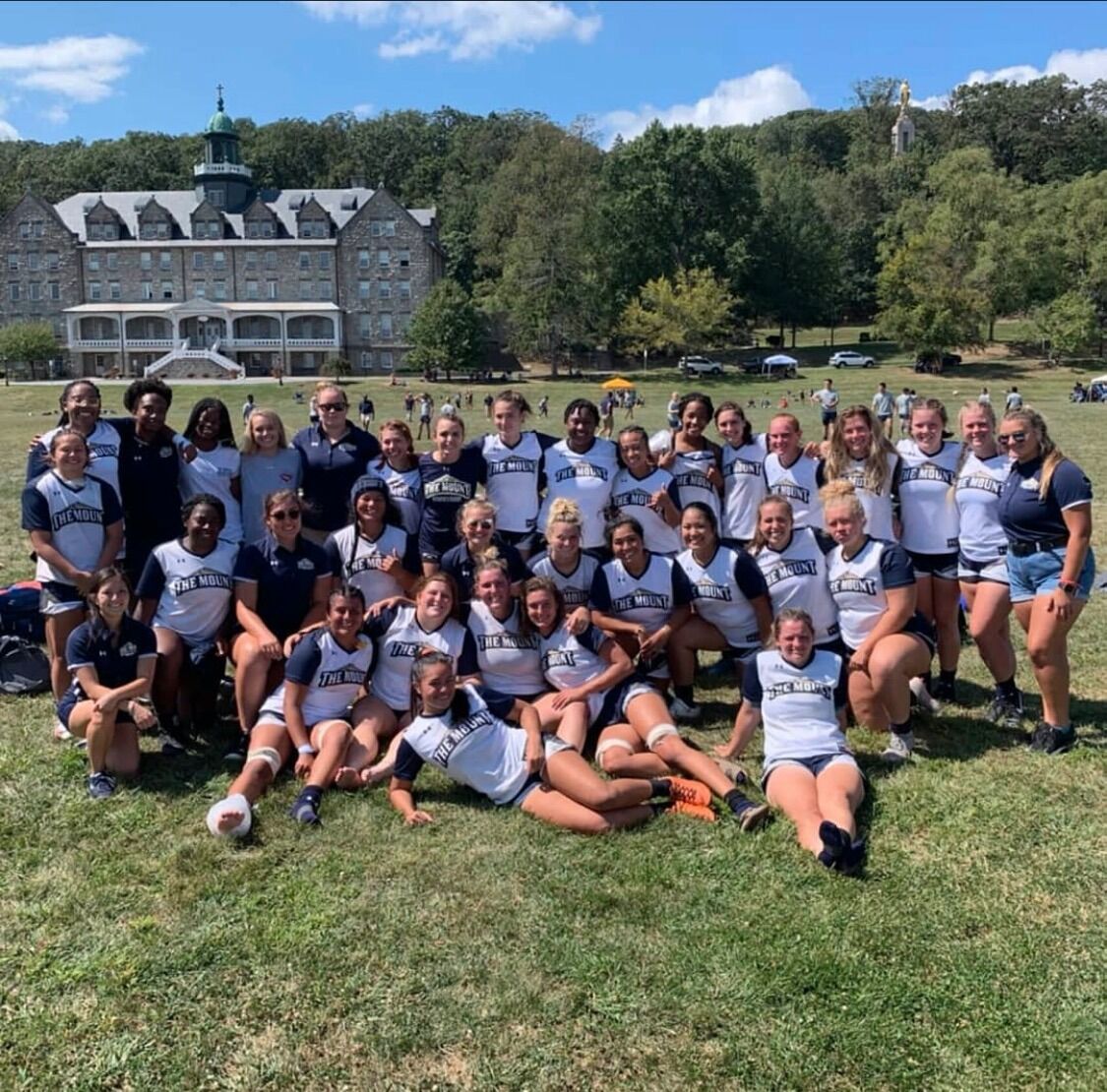 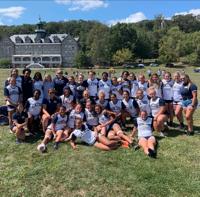 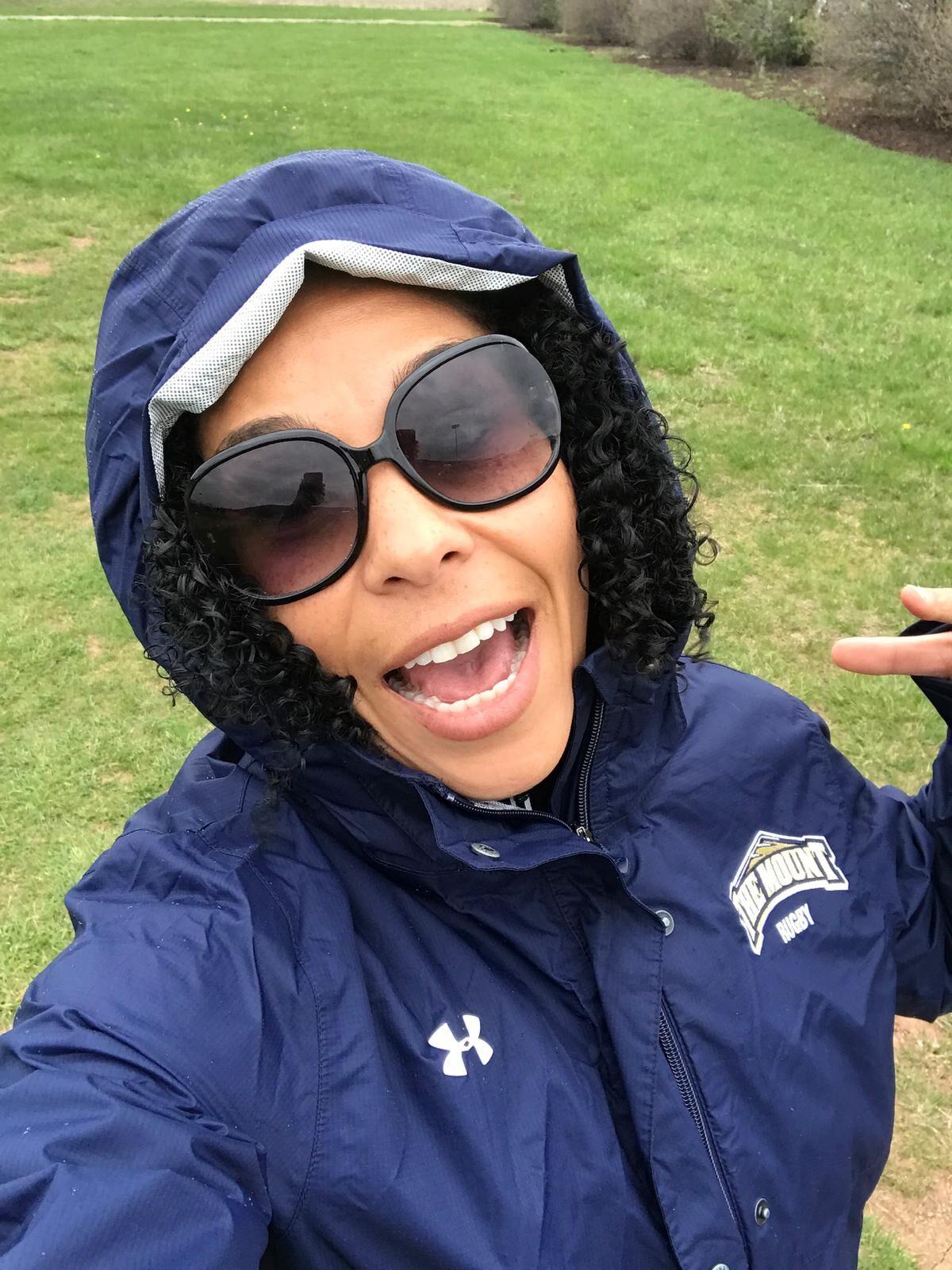 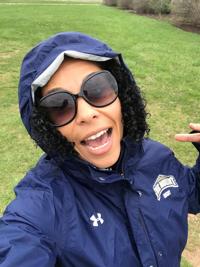 KEEP LOOKING FORWARD: In this April 2018 file photo, Poksai's Jalana Garcia looks over her shoulder during the True G.R.I.T. at the GRFU Rugby Field in Wettengel. Poksai defeated Para Todu 24-5. Garcia, who plays on the NCAA D1 MSMU women's team, has emerged as one of the Northeast Conference's most-dominant players. Matt Weiss/The Guam Daily Post

Whether she’s ripping through secondaries and scoring touchdowns for Team Legacy, dominating international players on the rugby pitch, or establishing herself as one of the nation’s top NCAA Division I athletes, Jalana Garcia is one of the top athletes ever to call Guam home.

Garcia, one of only three athletes and the only female to have her jersey retired at George Washington High School in Mangilao will inspire young athletes long after she hangs up her cleats and begins her next chapter.

As a Gecko, Garcia led the purple-and-gold girls rugby team to four championships — and on the soccer pitch was able to take over a game seemingly at will.

“I would describe her as X-factor,” said Farrah Douglas, the women’s rugby coach at Mount Saint Mary’s University in Emmitsburgh, Maryland. “She is extremely intense.

When Peter Baggetta left for the states, the former Team Guam rugby player and coach made it his life’s mission to help the island’s elite high school rugby players reach their goal of playing college athletics.

“I went to Farrah about Jalana Garcia and I said ‘Look, this girl is a special player,’” said Baggetta, the director of the Center for Academic Excellence at Gonzaga College High School of Washington, D.C. “I said to Farrah, ‘This is a girl you really want to pursue and try to get to come to The Mount.’”

When Garcia graduated from GW, and before joining the Mountaineers, she weighed her options and considered joining the military to pursue a degree in the health field. Ultimately, the desire to compete at the next level guided her and she took the leap of faith.

With little 15s experience, but a desire to become not only a better but great rugby player, Garcia became a student of the game.

"She came in as a freshman, stepped in to a role as outside-center, and was unbelievably dominating at the tackle,” Douglas said. “She simply doesn’t quit — tremendous at poaching the ball and virtually unstoppable in open-field. …

“Her quickness and speed probably leads the team, as does her tenacity. She’s an elite player. She’s an elite athlete, there’s no question about that. … She’ll be talked about when she leaves and graduates from the NCAA.”

Despite a successful opening campaign which was cut short when the NCAA canceled sports due to the novel coronavirus pandemic, Garcia helped lead the Mountaineers to several key wins, including a thee-try scoring bonanza in a 106-0 pounding of Ursinus College. Two weeks later, in a 28-0 shutout over Molloy College, she scored four tries and made two conversions.

With five more games on the roster, the first against Virginia Tech, the NCAA canceled the season. And, even though Garcia had been establishing herself as a formidable 15s player, she was just getting started.

“I think, as she finds her footing within 15s, she is going to be one of the best players that we turn out, in particular, at The Mount,” Douglas said. … “She hasn’t quite figured out how to truly express her creativeness and her athleticism within 15s just yet but, when that happens, I think that she is going to be a game-changer, not just for our program, but for the way rugby looks at the type of athlete and the type of player that we are developing at the NCAA.

It’s unfortunate that COVID happened. I was really looking forward to seeing her play sevens,” she added.

Unable to finish the 2019 Fall season, and the 2020 Spring 7s season failing to launch, the Northeast Conference Council of Presidents also canceled Fall 2020.

After six months of pandemic, Douglas was excited to get her team back on the pitch and see how Garcia’s game had grown. Back on Guam, over the summer, Garcia dissected game film and was on a quest to remain sharp during the most difficult of times. Amid lockdown, sports shutdowns, and a public health emergency, Garcia’s focus never waned.

“Jalana and I have had quite a few conversations since she’s been home,” said Douglas, recounting the several calls and messages the two shared after the campus closed and Garcia returned home. … “She’s working hard, watching video, sending me plays that she likes. She’s making herself a student of 15s, from an intellectual point of view. There’s never a question of what her ability is to do on the field, she just is very, very natural.

“As she understands 15s, she is going to be a hard player for teams to contain.”

Unfortunately, as COVID-19 runs unabated, the only thing proving more difficult to contain than Garcia is the coronavirus.

“I’m really excited about next spring,” Douglas said in a recent interview.

To date, Douglas has yet to coach Garcia in 7s competition.

“With the amount of space, she has the ability to be really, really creative,” Douglas said.

Garcia has the potential to play for Team USA, she added.

“I remember our first game, and her first tackle, I, literally, thought to myself, ‘Referees are not going to know what to do with her,’” Douglas added. “And, to be honest, they didn’t.”

She is so small, unbelievably powerful, technical, and just so dominating, she said.

“I said to Farrah, ‘This is a girl you really want to pursue and try to get to come to The Mount.’” Peter Baggetta, Director of the Center for Academic Excellence, Gonzaga College High School of Washington, D.C.