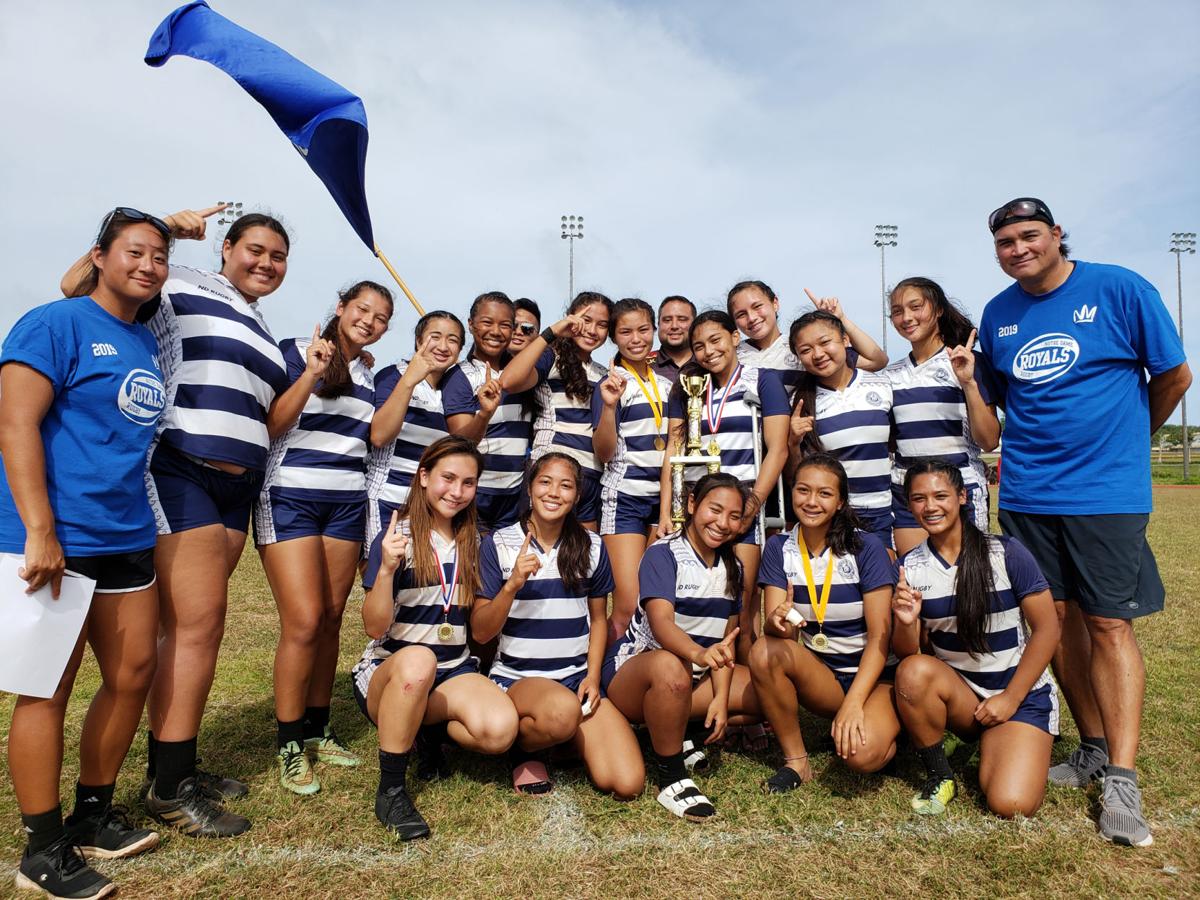 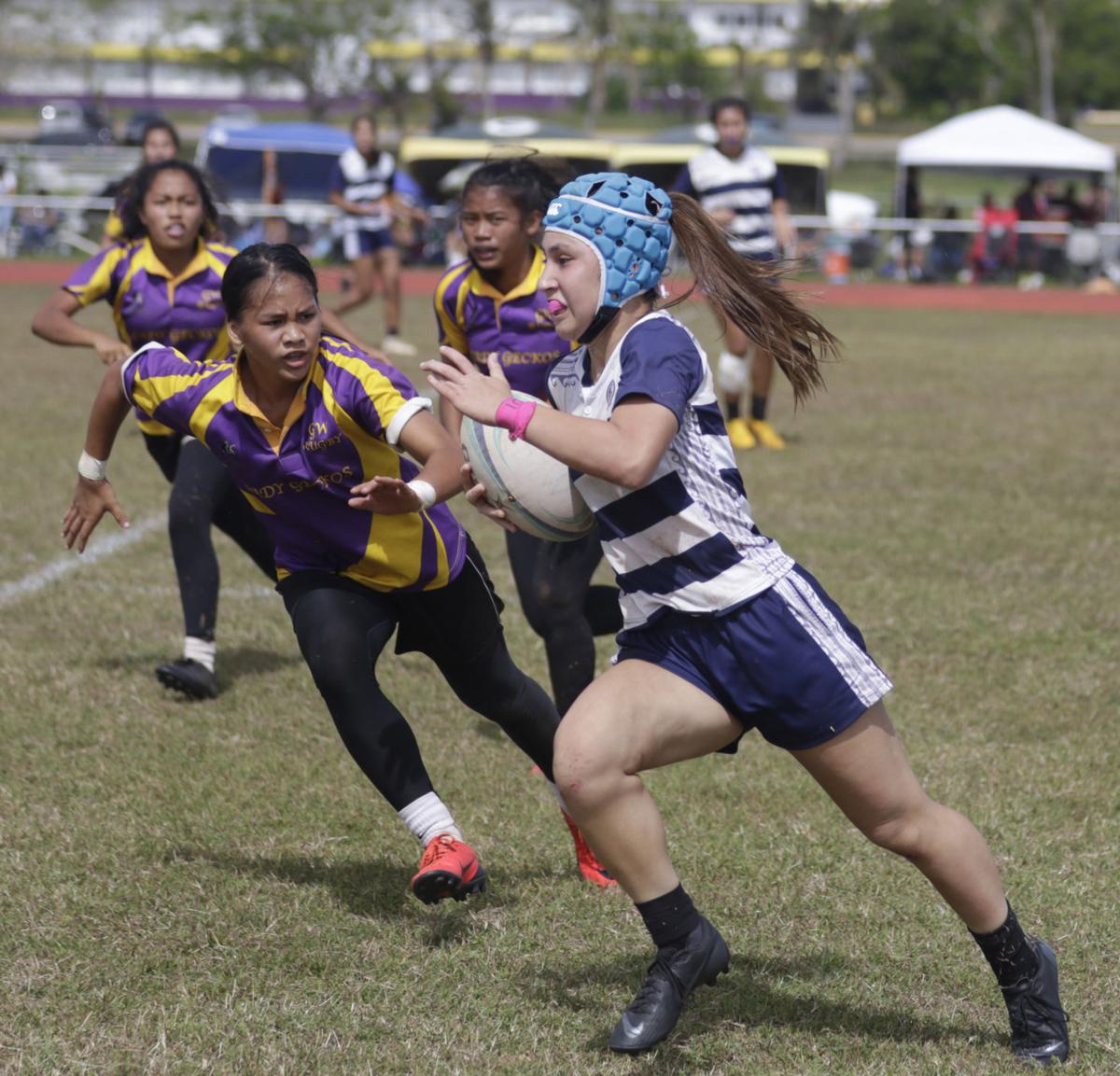 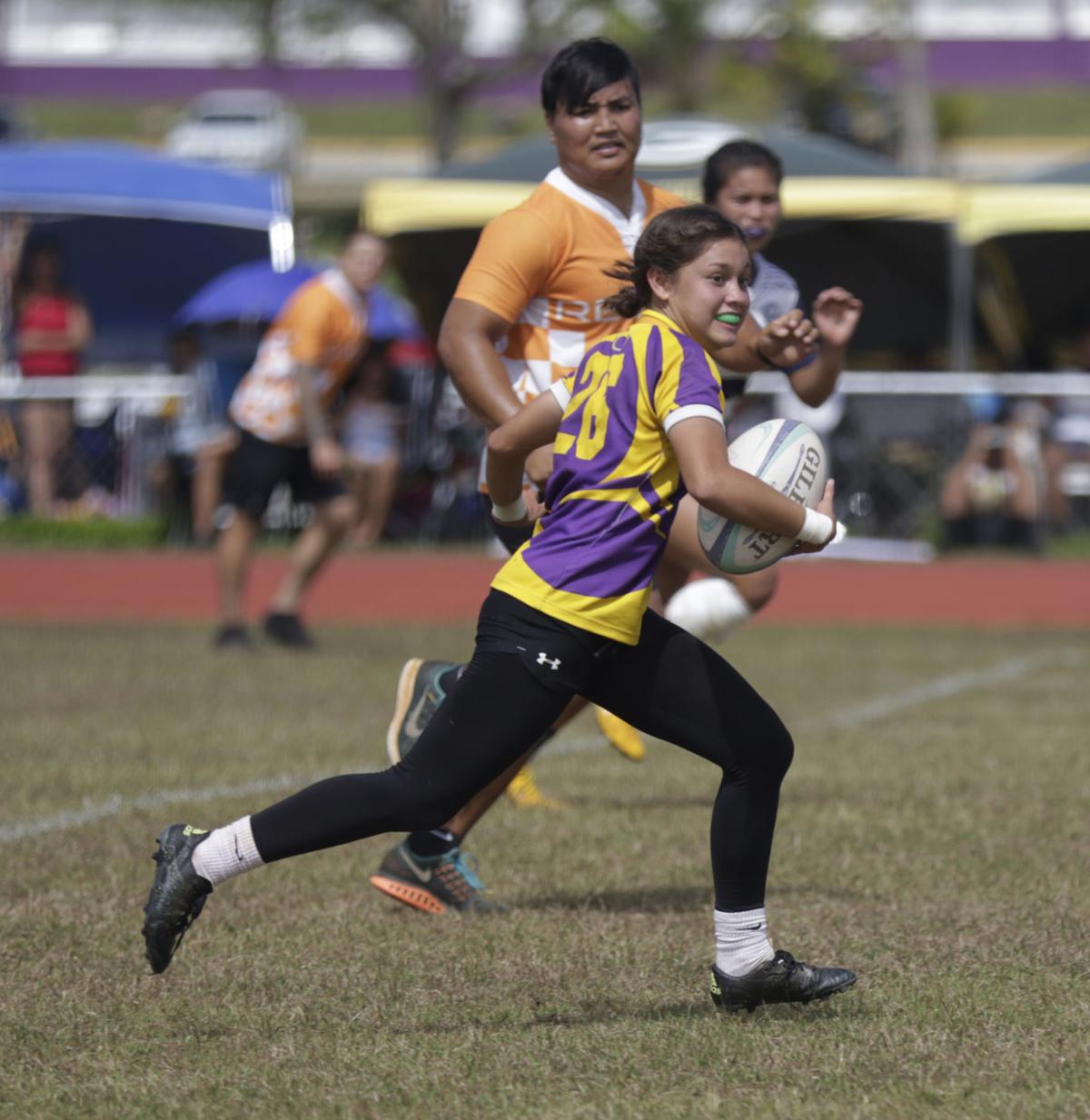 For nearly a decade, the George Washington High School Geckos girls' rugby team was unbeatable. With seven titles in a row, the Geckos personified excellence.

“Boy, did GW bring it to the table,” said Royals head coach Conrad Kerber. “We had to dig as deep as we possibly could, and we did.”

Notre Dame found themselves in unfamiliar territory when the Geckos’ Frankie-Joy Fejeran scored the go-ahead try with less than one minute remaining.

The Royals, playing without All-Island First Team flyhalf Hana Takano who was sidelined with a dislocated hip and a fractured pelvis in a game against the Okodo High School Bulldogs, had one more chance to score. Without the option of Takano’s blazing speed, the injured Royal watched helplessly.

“Just to know that I couldn't really do anything to help them … was really hard,” Takano said.

“After seven years, we finally beat the Geckos,” Moylan said. “I dug so deep.”

Running as fast as she could, Moylan took off down the left sideline toward the goal. With the season on the line and the Royals fans cheering, she blew through the GW secondary.

“I knew in my head that I had to make the try to … give them (ND’s fans) thanks,” Moylan said.

Early in the first half, after back-to-back first-half tries from the Geckos’ Sawyer Park, Notre Dame trailed, 10-0. A  fielding mistake, combined by heads-up play from Fejeran led to the early lead. Fejeran, with ND’s Brianne Leon Guerrero’s arms wrapped tightly around her waist, pitched to Park who ran and dove feet-first past the try-line.

Playing with a sense of urgency, Leon Guerrero responded with a 35-yard scoring dash. Converting her own try, Leon Guerrero booted the 2-pointer through the uprights. With momentum swinging toward the Royals, ND's confidence soared.

“That last try, in the first half, kind of sparked it for us,” Kerber said. “Immediately, we got in a little huddle and I reminded them that ‘momentum is on your side.’”

With one final half left to play, the Royals took their first lead in the second half with a 65-yard sprint from Leon Guerrero. Once again, Leon Guerrero drilled the conversion for the 14-10 lead.

“I knew that I had to push, and Faith motivated me to dig deep and help the team get the ship (championship),” Leon Guerrero said.

In a postgame ceremony, the GRFU recognized the league's most outstanding players - All-Island First and Second-Teams, honorable mention, players of the year, and game-breaker.

The game-breaker award, a cut above player of the year, was chosen by Guam Referee Society and given to Moylan.

"Hard work pays off," said Moylan, the league's leading scorer with 26 tries. "It means a lot. It's something that I will carry with me. It's also something that will help me push even more."