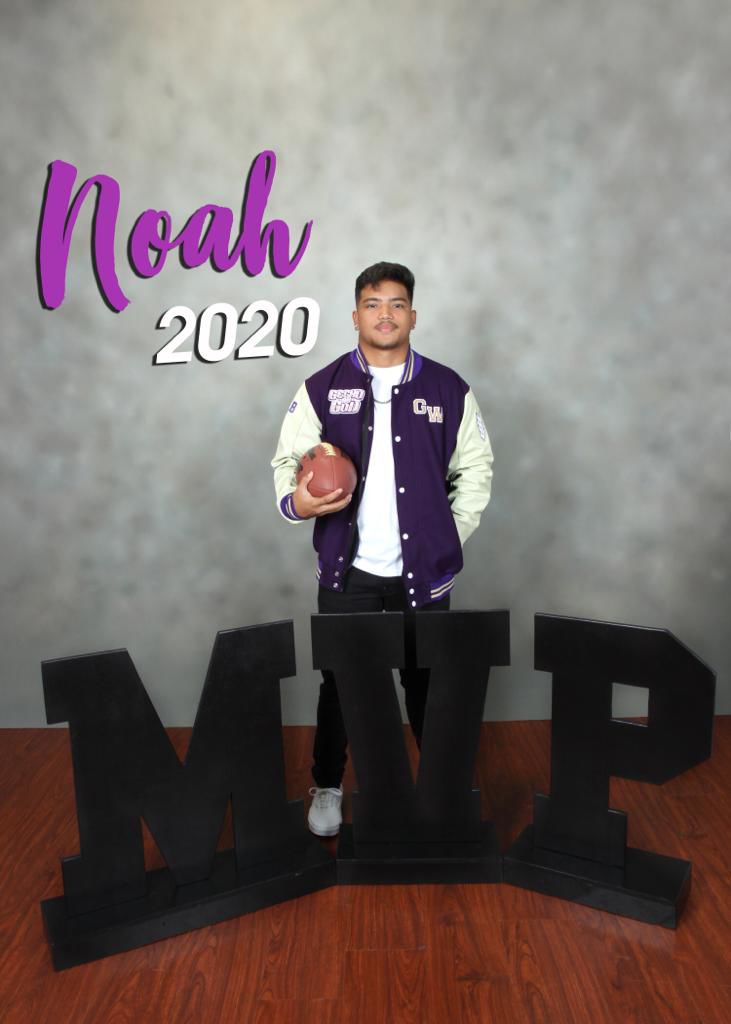 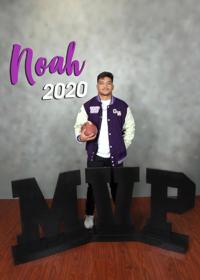 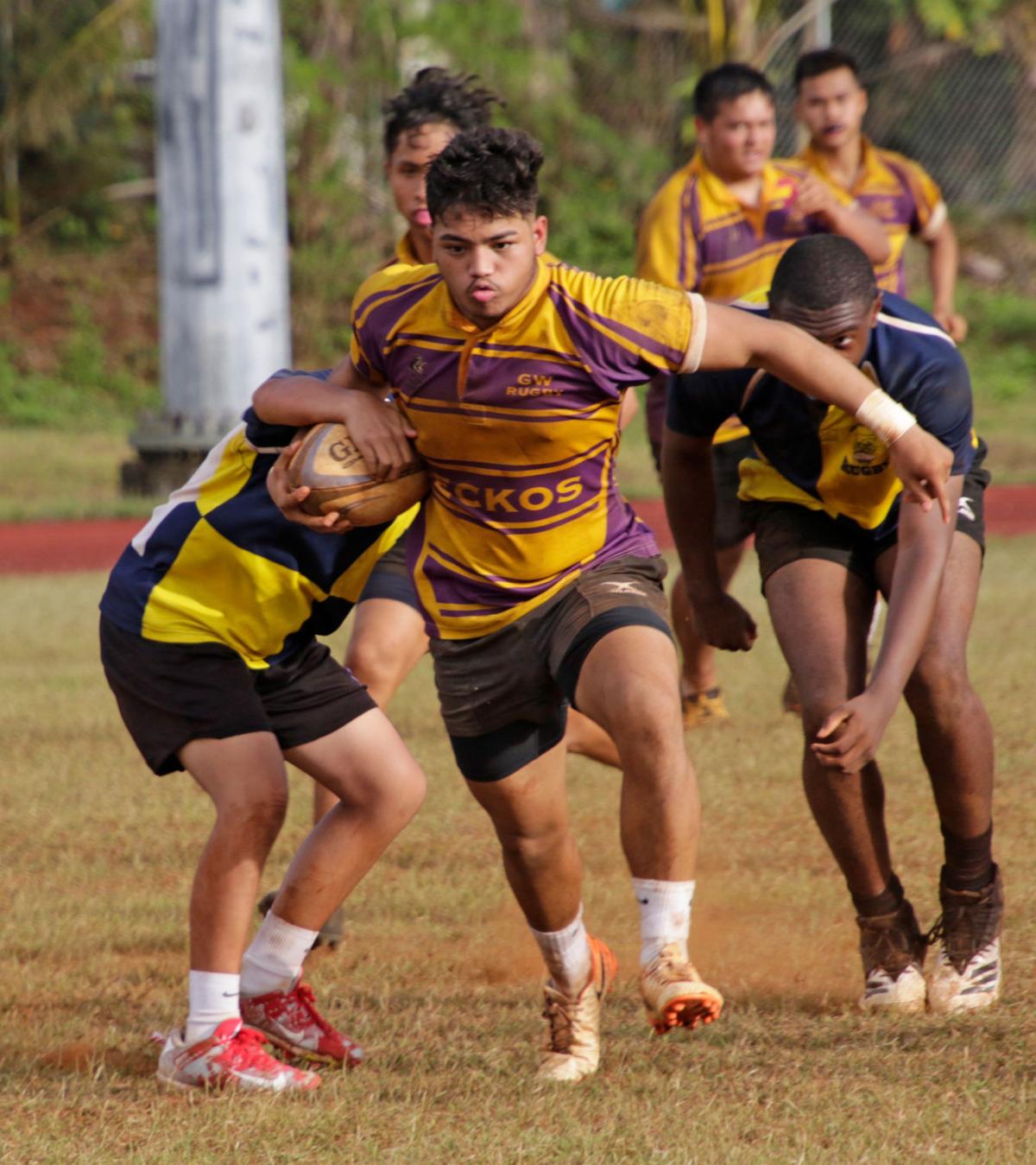 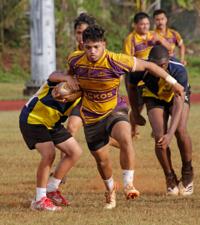 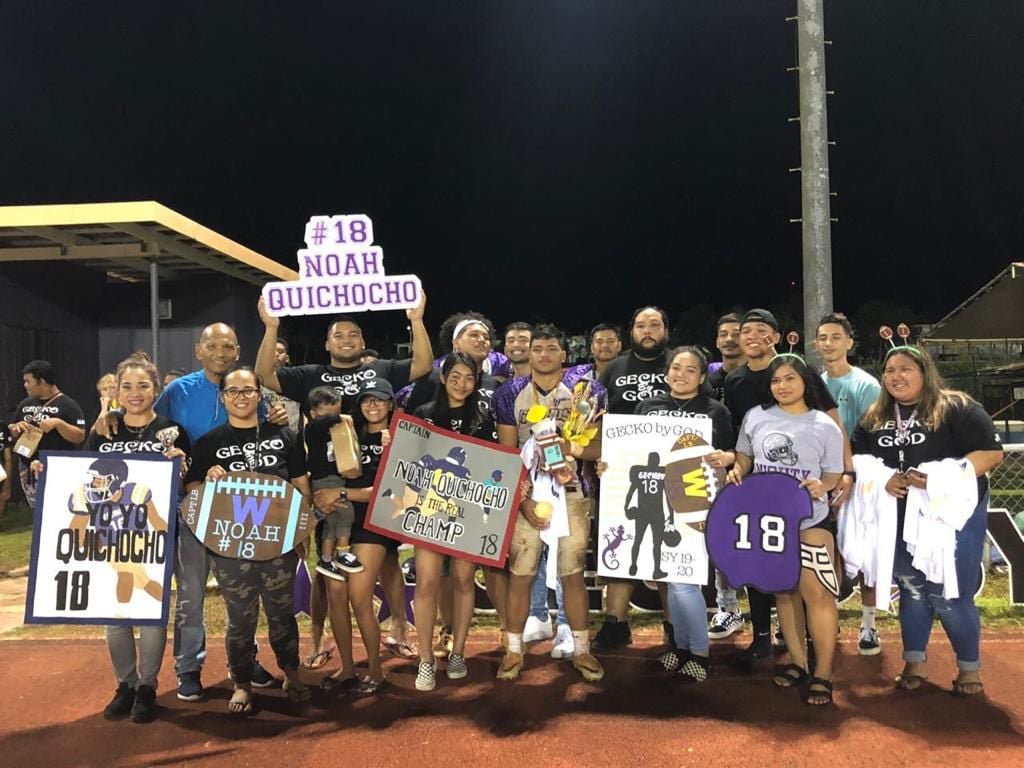 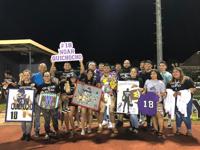 STANDING STRONG: George Washington High School's Noah Quichocho, center, is shown with his family and friends on senior night his final season playing football for the Geckos. The graduate, who finished in the top 10 in his class, was named the 2020 Shieh Male Scholar-Athlete of the Year. Photo courtesy of Noah Quichocho 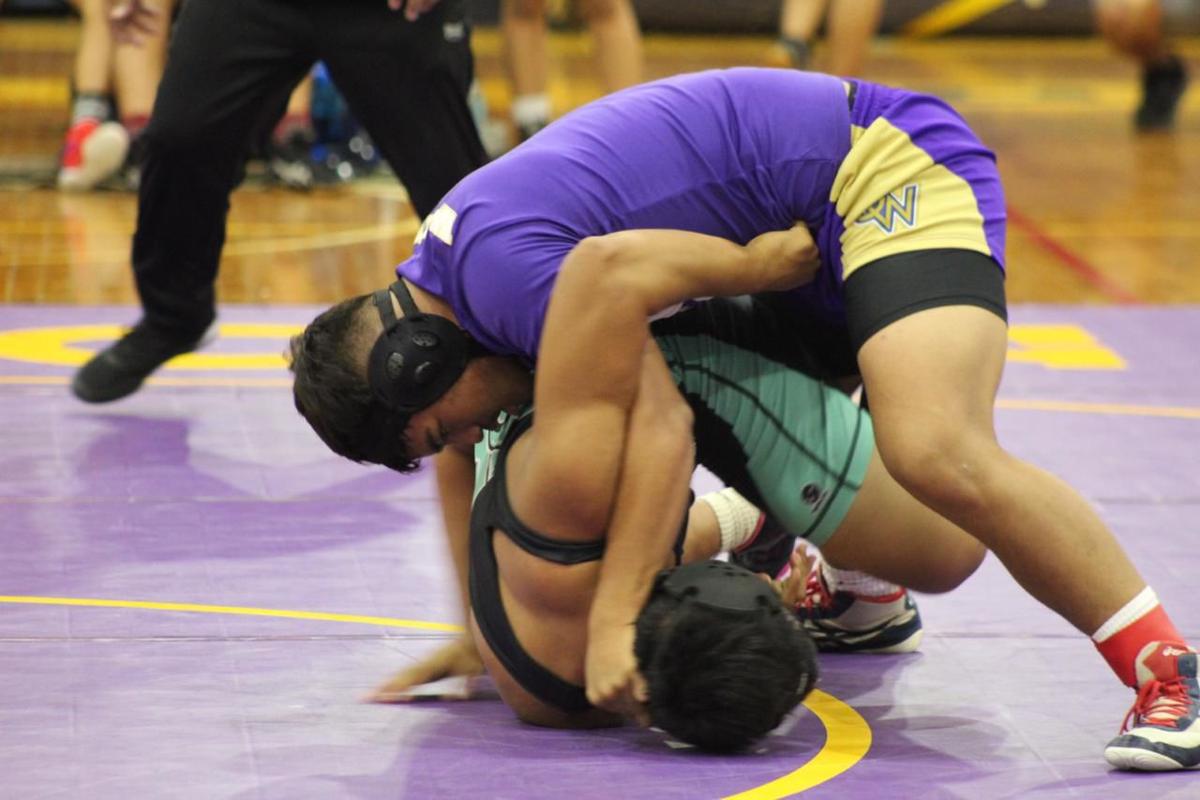 A WINNING TRADITION: Noah Quichocho, the 2020 Shieh Male Scholar-Athlete of the Year, earned several silver medals as a wrestler with the George Washington Geckos. Photo courtesy of Noah Quichocho 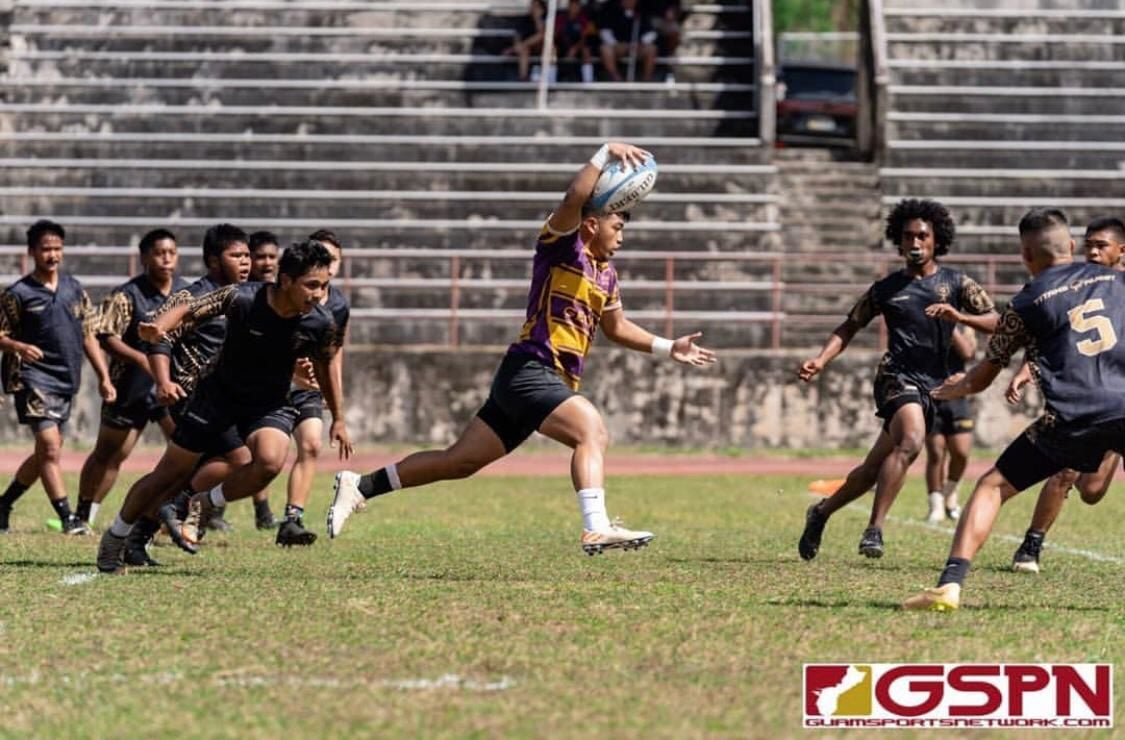 LEADING THE WAY: Noah Quichocho, the 2020 Shieh Male Scholar-Athlete of the Year, earned a rugby championship his junior year with the George Washington Geckos. Photo courtesy of GSPN 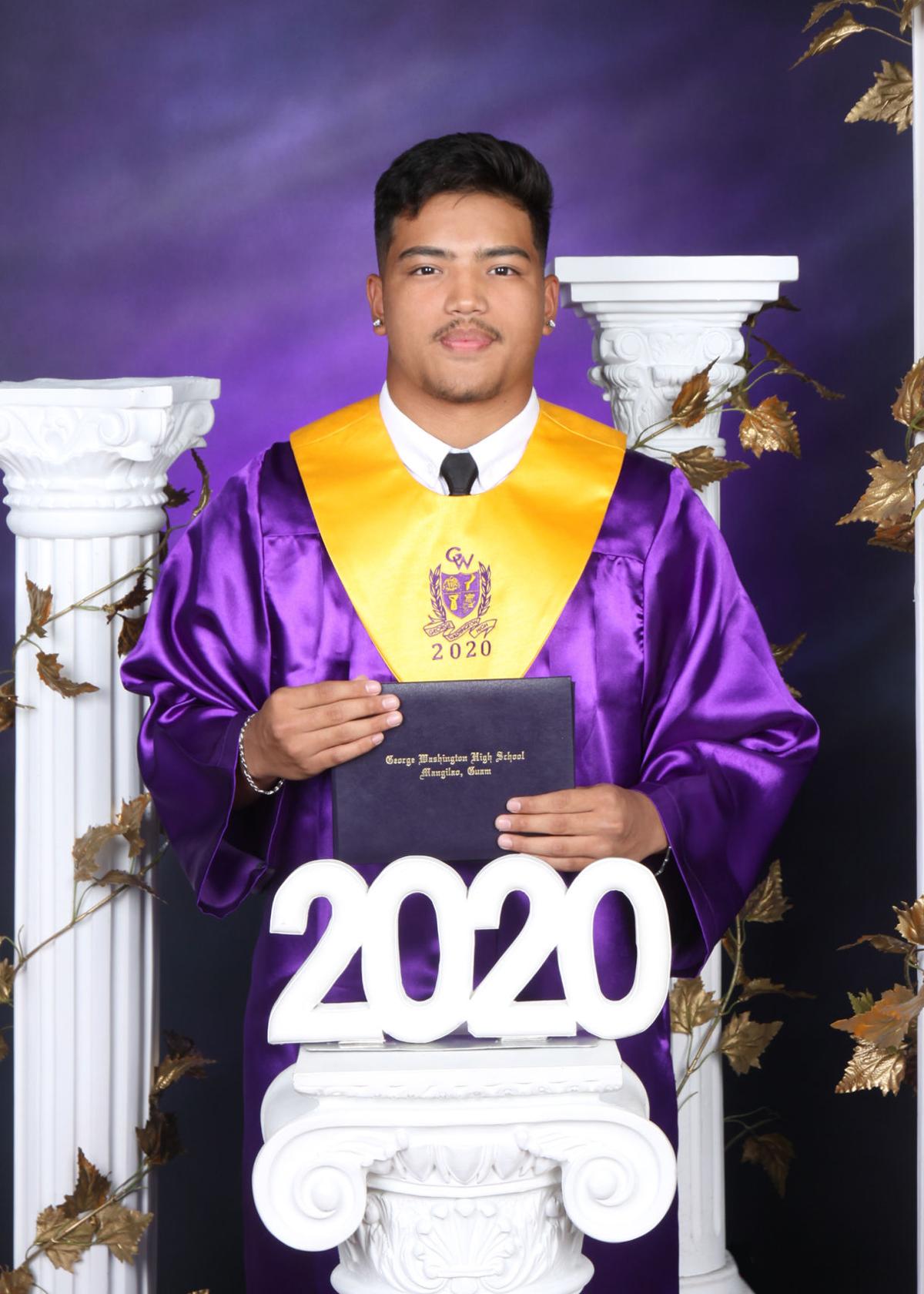 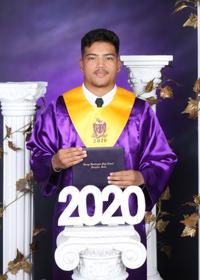 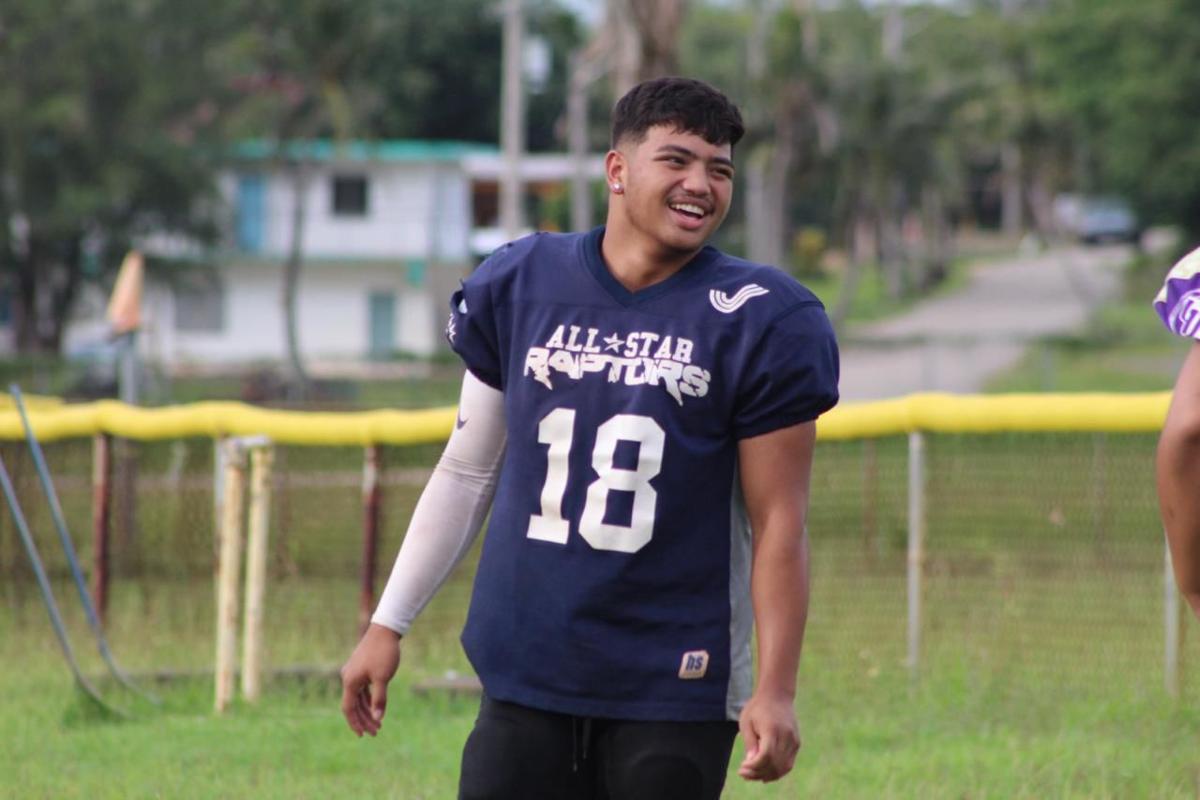 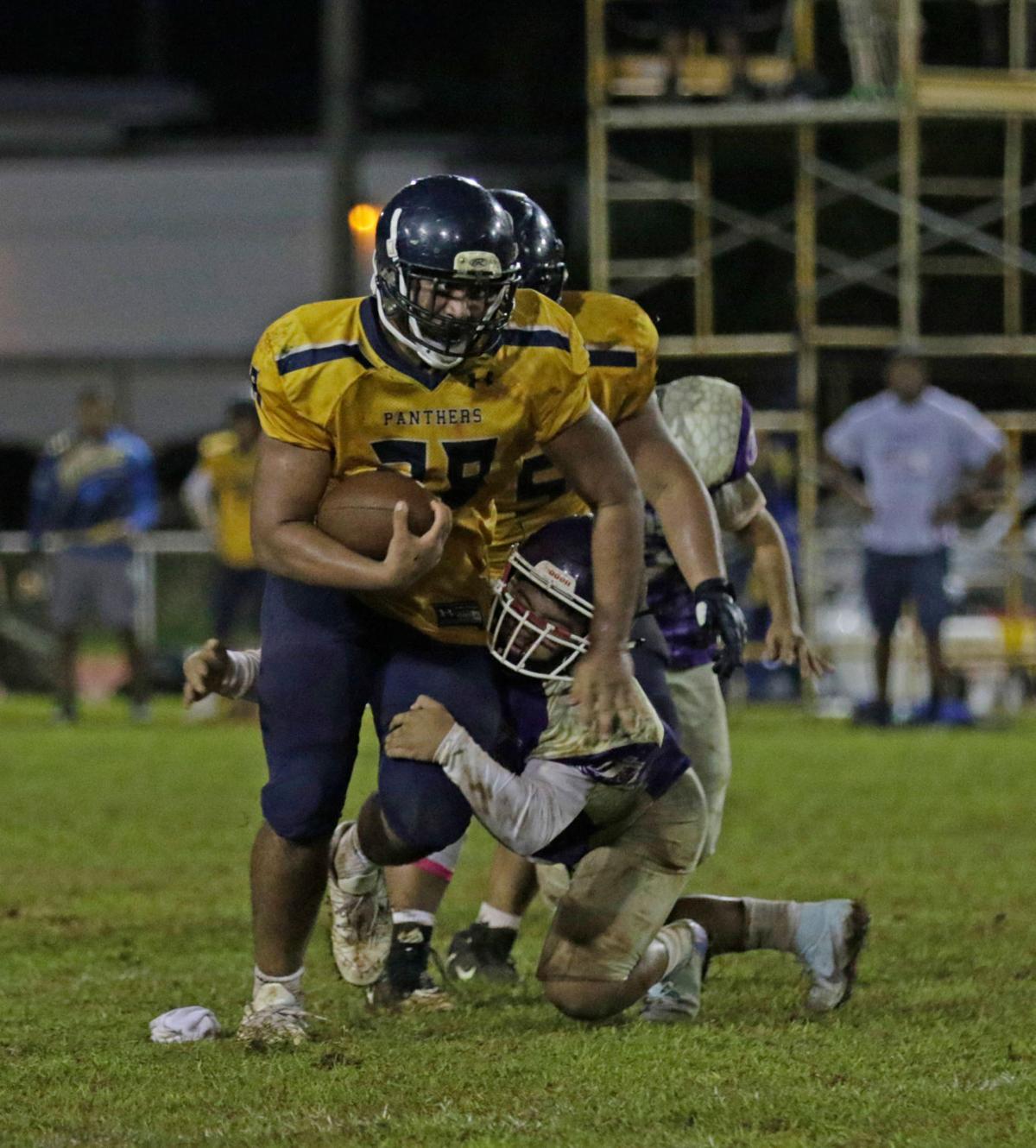 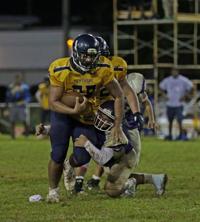 STANDING STRONG: George Washington High School's Noah Quichocho, center, is shown with his family and friends on senior night his final season playing football for the Geckos. The graduate, who finished in the top 10 in his class, was named the 2020 Shieh Male Scholar-Athlete of the Year. Photo courtesy of Noah Quichocho

A WINNING TRADITION: Noah Quichocho, the 2020 Shieh Male Scholar-Athlete of the Year, earned several silver medals as a wrestler with the George Washington Geckos. Photo courtesy of Noah Quichocho

LEADING THE WAY: Noah Quichocho, the 2020 Shieh Male Scholar-Athlete of the Year, earned a rugby championship his junior year with the George Washington Geckos. Photo courtesy of GSPN

Noah Quichocho, a four-sport athlete from George Washington High School, was named the 2020 Shieh Su Ying Male Scholar-Athlete of the Year, a prestigious award given to the top two athletes on island.

For more than two decades, Dr. Thomas Shieh has given the award, named after his grandmother Shieh Su Ying, to recognize the top athletes on island who exemplify the ideals of academic and athletic excellence, while maintaining a social responsibility to the betterment of their respective communities.

“I truly am thankful for all the blessings granted my way,” said the 18-year-old Quichocho. “It gives me a chance to be an influence towards young scholar-athletes who aspire to accomplish great things. It’s a major achievement to me and a check mark on my bucket list.”

With COVID-19 curtailing activities for the past few months, even canceling the much-anticipated Shieh Awards Banquet, Shieh said it was important to recognize the accomplishments of the 2020 graduates. Canceling the award was never an option, Shieh said, adding it was imperative that the “outstanding scholar-athletes” were appreciated and recognized for their four years of hard work.

“COVID has hit Guam hard,” Shieh said. “ I know my grandmother Shieh Su Ying would have wanted me to continue this with or without COVID. … But 2021, will be our 22nd year, and we must have an awards banquet and all of this year's finalists are invited back to attend.”

With 20 applicants in the male category, Shieh said Quichocho stood out as a “down-to-earth” student who knows his capabilities.

“I am sure his parents and family are very proud of him,” Shieh said. Quichocho modeled the ideals of a scholar-athlete, holding down a rigorous academic workload and maintaining an A average while competing in a sport every quarter. His responsible citizenship and community service completed the well-rounded education that students should strive for.

Quichocho thanked Shieh for the award and for his continued support for the community and its athletes.

“I’d like to thank Dr. Shieh for his kindness, selflessness and generosity for giving our scholar-athletes a chance to achieve something great,” he said. “I’d also like to thank my family, friends, loved ones and everyone else who supported me throughout my high school career.”

A multisport athlete and top 10 scholar

Quichocho, a winning athlete in several sports, led the George Washington Geckos to the football championship three years in a row. Named the 2019 Defensive MVP, Quichocho was a key cog in the GW lineup – the only team to run up against the Father Duenas Friars bid for gridiron dynasty. He also suited up in wrestling, rugby and volleyball for the purple-and-gold Geckos.

No stranger to winning, his individual accolades are also impressive – a rugby championship his junior year, silver medals in wrestling in 2018 and 2019. In football, he made the all-island list several times including all-island cornerback (2018) and all-island linebacker (2019) – a nod to his work ethic and commitment to the team.

His football coach, Ryan Rios, said the news that Quichocho was named Shieh Scholar-Athlete of the Year was “a breath of fresh air from COVID news.”

On the field, Quichocho always led by example, “showed up and worked his butt off,” Rios said.

Early in his high school career, Quichocho was a role player who embraced the grind of practice, Rios said. However, as his game evolved and matured, he steadily switched positions within the GW game scheme, eventually becoming the signal caller on the defense.

Quichocho thrived in the role, embracing the knowledge it took to be efficient and proficient at the position, Rios said.

Quichocho’s hard work paid off when he earned Defensive MVP, Rios said. He will be missed, but good things are ahead for the 18-year-old.

Quichocho, who was named to the top 10 all four years of high school, said sports have always been a “stress reliever .. a getaway from everything else going on in my life. It allowed me to do what I love, and doing it stress-free. It also gave me the benefit of meeting new people and staying active.”

While maintaining a GPA of 100% or more every year wasn’t easy, Quichocho said he enjoyed the challenges of excelling.

“It wasn’t much of something that I felt I needed to maintain,” he said. “It was a hobby for me that I enjoyed doing because it bettered me as an individual. Accomplishing things like this paves the way towards my success.”

He admits the biggest challenge was balancing out his time, but it was all part of the process.

“Eventually I was able to do it so well that it became effortless. It was less of a challenge, and more of a routine,” he said.

His advice to future scholar-athletes? “Continue to work towards your future endeavors. Be the best version of yourself that you can possibly be,” he said. “You have to love what you’re doing, otherwise, it’s not for you. Whatever obstacle life throws you, there’s always a way around it.”

For now, Quichocho is optimistic looking forward to a new future. He will be swearing in with the U.S. Air Force soon and has high hopes of eventually becoming a firefighter.

Drawn to the adrenaline and excitement, Quichocho said he’s always wanted a job that’s versatile and allows him to be the best he can.

“Being a firefighter is not only about fighting fires. There are many other jobs and talents that ties in with it,” he said.

Armed with a work ethic that won’t quit, Quichocho will be a welcome addition to the front lines, Shieh said.

“I look forward to seeing him along our front-liners not just putting out fires, but saving lives.”

Dr. Thomas Shieh said to expect the results within the next few days. The academic caliber and athletic diversity has made it a tough selection process, Shieh said.